“The supposed civil war within the Republican Party is over. The neo-Confederates have won,” observes Washington Post columnist Dana Milbank.

Expectations that the Grand Old Party (GOP) would return to its traditional conservative roots and shun the kind of racist, xenophobic, conspiratorial, post-truth and anti-intellectual right-wing-populism that propelled Donald Trump to power have been soundly dashed.

Trump is now the party and the party is Trump. His party is arguably now fascist, feral and vengeful – which means the same grifters and charlatans who have profited from leveraging white racial grievance during the past several years will continue to profit from leveraging the racial resentments of predominately non-college-educated, working-class white people.

Trump has turned Republican Party partisans into radicals and radicals into extremists, with many turning towards or advocating political violence, thus proving the farewell address of the first US President George Washington prescient, when he warned the country to be wary of political parties as they can “raise false alarms” among the people and, in turn, incite “riots” and “insurrections”.

Whereas limited government and taxation were the organising principles of the Republican Party in times past, it is now increasingly mobilising around white nationalism, white supremacy, white evangelicalism and wild conspiracy theories. 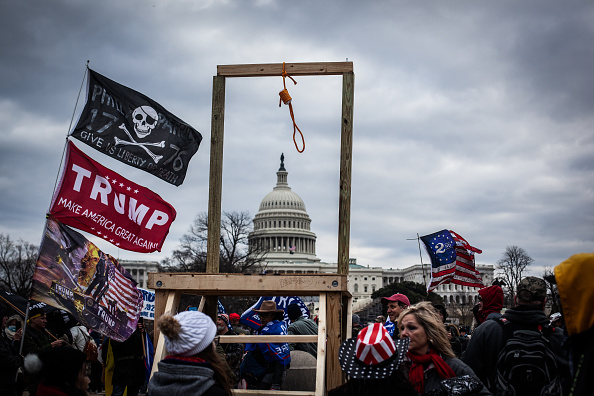 The Storming of the CapitalThe Finale of the Sixties

The GOP will turn out more candidates who believe Democratic Party leaders should be executed; that Muslim American members of Congress are secretly plotting an ‘Islamic invasion’; that Jewish space lasers are responsible for California bushfires, not climate change; that the victims of high school mass shootings fake their own deaths; that 9/11 was an ‘inside job’; and that the 2020 Presidential Election was stolen from Trump by a secret cabal of Satan-worshipping paedophiles.

After all, Republican voters in Georgia – nearly all of whom were white – elected Marjorie Taylor Greene to Congress for believing and espousing all of the above.

When the New Yorker magazine met with some of Greene’s voters, they were generally supportive of the baseless conspiracy theory QAnon, with several claiming that Democrats are controlled by Satan.

“There’s nothing she [Greene] can do to lose my vote, unless she murdered a baby or something,” a Georgia Republican official told the New Yorker. “Nothing.”

Senate Minority Leader Mitch McConnell of Kentucky may have called her a “cancer” but House Republicans gave her a standing ovation for defying Democrat efforts to have her removed from committees. Leaders of the Republican Party are acutely aware that they are riding a train headed towards a cliff – knowing all too well that white-racial-minority-politics is the politics of subtraction, not addition, but with no idea of how to slam the brakes.

It matters not that the GOP lost the House of Representatives, Senate and White House in the space of two years. What matters is that Trump will remain the party’s king or its king-maker, with Fox News and the entire right-wing media willing to follow the former President and his supporters into what Eugene Robinson describes as a “dystopian hellscape of white supremacy, paranoid conspiracy theory and know-nothing rejection of science. If anything, the party is heading deeper into the wilderness”.

That wilderness is where the grievances and fears of predominately lower educated, lower earning white people will be dialled up to a level approaching paranoid insanity.

The GOP is heading into something even darker – and Fox News is dialling up the propaganda.

Last week, prime-time host Tucker Carlson told his millions of viewers that, when the Joe Biden administration talks about cracking down on white supremacists and domestic terrorists, it is actually “talking about you”. Carlson has also vigorously defended right-wing groups linked to the domestic terrorist attack on the US Capitol.

He also claimed that the “combined forces of global power have turned on them and are cracking down hard – hilariously, in the name of democracy”, while defending Marjorie Taylor Greene from criticism over her beliefs in racist conspiracy theories, arguing that “free inquiry is dead, unauthorised questions are hate speech”.

Both Carlson and Laura Ingraham have also defended QAnon conspiracy theorists, accusing their critics of engaging in a form of political censorship, while benignly describing their belief that the Government is run by a secret cabal of paedophiles and cannibals as a “forbidden idea”. Ingraham also called attempts to prevent QAnon radicalisation in the US military “absolutely poisonous”.

“Fox News’ prime-time hosts appear to be trying to make in-roads with violent extremists and conspiracy theorists as they attempt to pull out of an unprecedented ratings spiral,” observes Media Matters. “Over the last week, they have defended the Proud Boys, QAnon adherents, and white nationalists, while flirting with anti-vaccination sentiment.”

The network has fallen from first to third place behind rivals CNN and MSNBC since the 2020 election – mostly because Trump supporters believe that the right-wing propaganda channel “isn’t Trumpy enough for his diehards”, leaving Rupert Murdoch little choice but to attempt an outflanking move from the far-right, further into crazy town, dragging with him the Republican Party.

Together, the right-wing media and the Republican Party will increasingly portray White Christian America to be under attack from immigrants, Muslims, secularists, anti-racist protestors, feminists, intellectuals, urban elites, socialists and the ‘Deep State’.

The party and its media apparatus know that working-class politics is no longer about economic concerns – unionisation, higher wages and better working conditions. It is about culture – race, religion, guns and obnoxious jingoism, with everything non-white, non-Christian and ‘un-American’ framed as an existential threat.

Their imagined or perceived fear of being replaced or subdued by a threatening, emerging or evil force (the out-group) is ultimately what propelled thousands of Trump supporters to storm the Capitol last month and 19 mostly Saudi hijackers to fly airplanes into buildings. 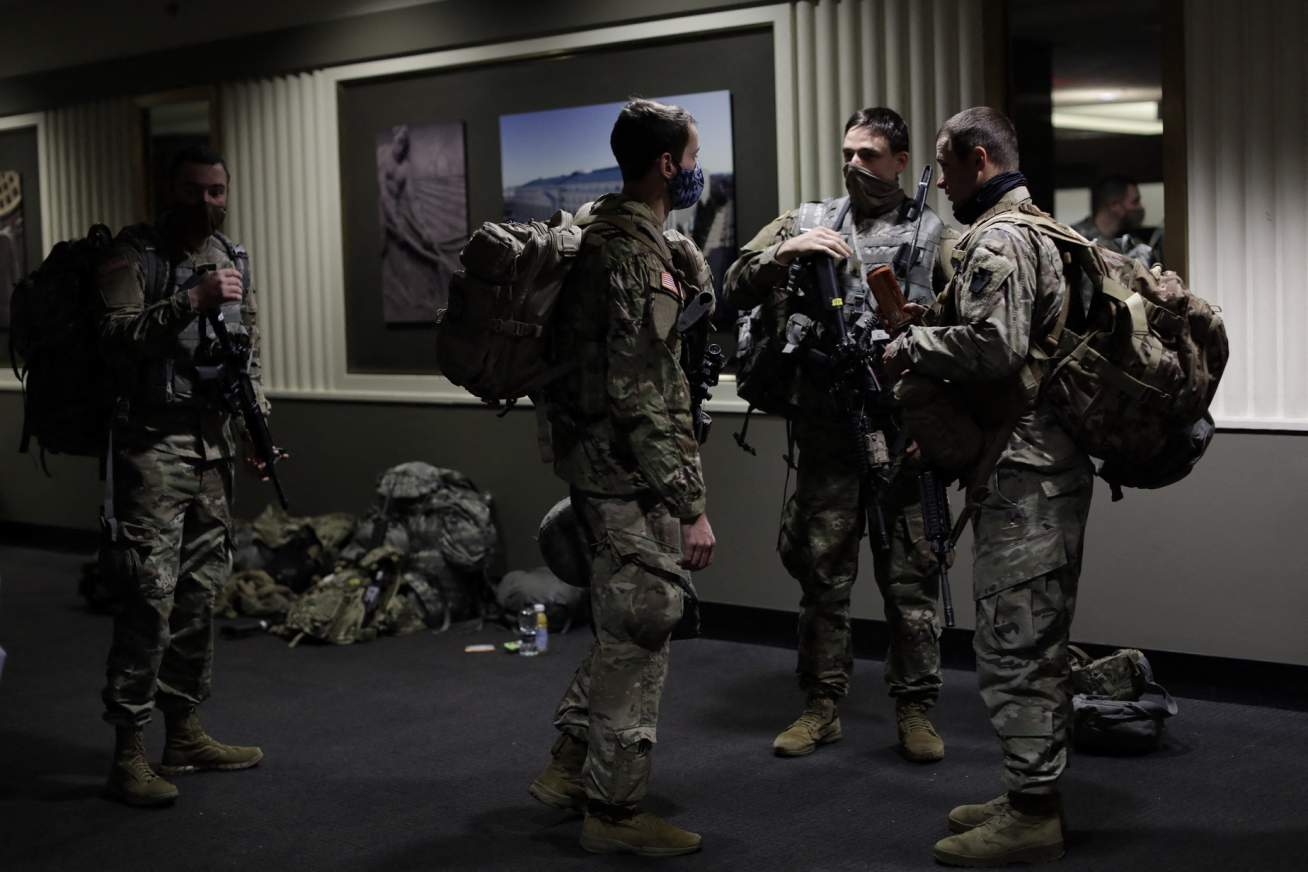 From their perspective, dark and accumulating forces, including Big Tech and Big Media, are trying to silence their voices and pacify their grievances – despite all evidence to the contrary, including a newly published study by New York University, which found that conservative media outlets, politicians and pundits dominate reach and engagement on Facebook.

“The claim of anti-conservative animus on the part of social media companies is itself a form of disinformation: a falsehood with no reliable evidence to support it,” observe the authors of the study.

Like every other component of white conservative victimhood, the allegation of ‘silencing’ is a figment of right-wing-media framing, programming and imagination. Much like ‘reverse racism’, ‘War on Christmas’ and Antifa.

“Silencing” and the “muzzling of America”, as coined by Murdoch’s New York Post, will become an “all-purpose target designed to inflame feelings of victimhood”, says Mike Allen for Axios.

But, as Charlie Sykes rightly notes, fact-checking, debunking conspiracy theories, calling out racism and exposing corruption, lies and fraud are not forms of “silencing”.

“If you try to block deadly misinformation you are attacking freedom of thought,” he observes. “If you refuse to carry bigots or try to hold trolls accountable, he [Tucker Carlson] cries censorship and slavery. Tucker also knows that ‘conservatives’ are not being muzzled. You can tell, because they are still… everywhere. They are on network television, host cable shows, have vast networks of radio shows, and remain ubiquitous on social media”.

It is important to remember that terrorism, like war, is often described as a form of politics by other means. When tens of millions of voters are radicalised in the false belief that their voices are being muzzled and their votes denied, many will view violence as a reasonable choice – remembering that 30% of Republican voters and 120 House Republicans expressed support for those who carried out the deadly attack on the US Capitol.

The Republican Party is morphing into a domestic terrorist organisation before our eyes.