Donald Trump began his presidency as the US commander-in-chief against the world’s most violent terrorist organisation – ISIS – but he will leave office as the leader of America’s most threatening terrorist group: a coalition of white supremacist, white nationalist, neo-Nazi, right-wing militias and anti-government libertarians, otherwise known collectively as the ‘Make America Great Again’ (MAGA) movement.

Three years ago, in the wake of several mass shootings, the FBI warned that right-wing extremism posed a significantly greater terror threat than that associated with violent jihadism. It described the escalating threat as “more urgent” and warned that the US had “weaker laws” to combat it.

The Department of Homeland Security published an identical assessment last year, finding white supremacists and right-wing extremists to be “the most persistent and lethal threat in the homeland”.

There is really no other way to describe the risk posed by pro-Trump extremists than to identify the MAGA movement as the most serious and challenging domestic security crisis since the American Civil War. Thousands of MAGA cap-wearing and flag-flying insurrectionists storming the Capitol with the intent of threatening, abusing, kidnapping or killing elected law-makers, while beating and murdering police officers along the route, brings home the reality of this threat.

The President “summoned this mob, assembled the mob and lit the flame of this attack”, said Republican Congresswoman Liz Cheney, the daughter of former Vice President Dick Cheney and the third highest-ranking conservative in the House of Representatives. “Everything that followed was his doing,” she added. “None of this would have happened without the President. I will vote to impeach the President.”

On Wednesday, Cheney did exactly that, joining nine other Republicans and 213 Democrats to make Trump the first ever President to be impeached twice. The articles of impeachment now travel to the Senate, where Trump faces the very real possibility of conviction, removal and eternal disgrace.

But impeachment or no impeachment, Trump will leave office on 20 January as the leader of arguably the world’s largest terrorist organisation, measured by the fact that nearly 30% of Trump’s 74 million voters express support for those who laid violent siege on the nation’s legislative assembly.

In other words, 20 million members of the MAGA movement agree with acts of political violence. When this is compared with the roughly 150 American Muslims who have participated in terrorist plots in the US since 2001 – resulting in a total of 20 incidents and 50 deaths – the size and scope of the domestic security challenge that lays ahead is clear to see.

It is one thing to establish a counter-terrorism strategy against the threat posed by a handful of radicalised Muslims, of a law-abiding Muslim population of 3.5 million. It is quite another to tailor that to tens of millions of radicalised Donald Trump supporters.

“What happens if you are looking for revolutionary-right terrorists among 30% of the population?” Matthew Feldman, of the Centre for Analysis of the Radical Right in Britain, told Yahoo News.

An even more challenging question is what happens when that that 30% of the population enjoys popular support from one of the two major political parties – the Republicans, demonstrated by more than 120 House Republicans voting against the certification of Joe Biden as the next President only hours after the storming of the Capitol threatened the lives of their colleagues and the Vice President because of their acceptance of Trump’s proven lies and baseless conspiracy theories.

The MAGA movement is not only fuelled by Trump’s victimhood but also in wanting to “return to a past when white men saw themselves as the core of America and minorities and women ‘knew their place’,” observes Bart Bonikowski, associate professor of sociology at New York University.

“What makes their actions all the more dangerous is a self-righteous belief – reinforced by the President, the Republican Party, and right-wing conspiracy peddlers – that they are on the correct side of history as the true defenders of democracy, even as their actions undermine its core institutions and threaten its stability.”

This risk is exacerbated by Fox News and its accompanying right-wing-media complex, whereby MAGA terrorists – such as Kyle Rittenhouse, the 17-year-old Trump supporter who killed two Black Lives Matter protestors in August – are lauded as heroes and future presidential candidates. 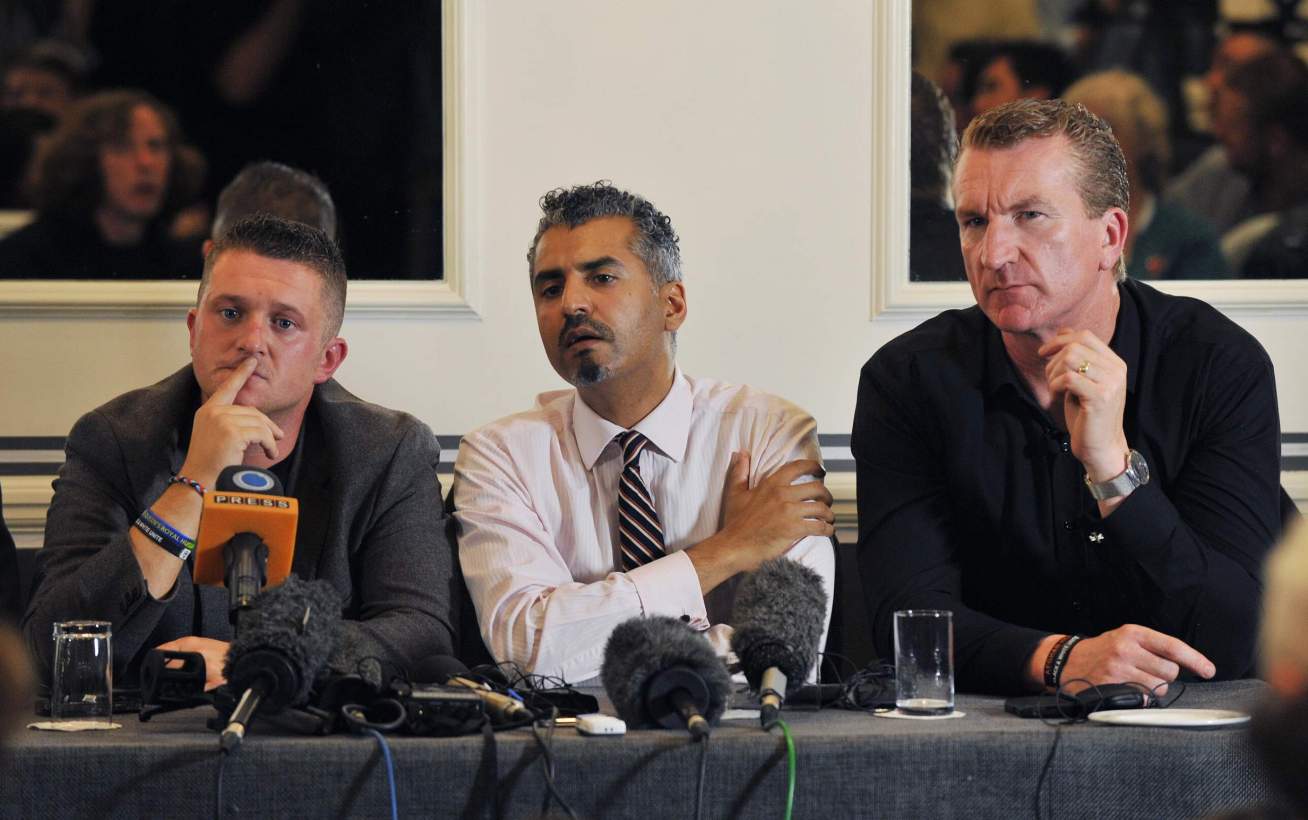 So, whereas violent jihadism has no place in mainstream political discourse, the ideologies, conspiracies and grievances that fuel right-wing extremism are openly parroted and promoted across the thousands of conservative cable networks and radio stations. A potentially violent jihadist has to dive deep into the dark web to access supporting propaganda, while a potentially violent MAGA supporter only has to turn on the television, open the newspaper or flick on the radio.

Compounding would-be efforts to mitigate against the MAGA threat is the fact that federal statutes do not include a specific law against domestic terrorism, leaving law enforcement confined to interdicting plots during or after an attack – whereas counter-terrorism policies targeted at foreign terror groups, such as ISIS, are constructed on a ‘pre-crime’ logic, allowing law enforcement to carry out surveillance on targeted communities and apprehend suspects before an attack has materialised.

Right-wing extremism is seen as a “crisis issue” within the rank-and-file of the US military, becoming an “acute problem” during the Trump presidency.

Stopping the next violent MAGA insurrection against the Capitol or state house; the next Kyle Rittenhouse; a kidnap and murder plot against a Democratic Governor or CNN; the bombing of a refugee centre; the shooting up of a mosque, synagogue or black church; or attack on Planned Parenthood is the stuff of national security nightmares.

The MAGA terror threat is here and is going nowhere anytime soon.