Will his Own COVID-19 Conspiracies & Broken Promises Cost Jair Bolsonaro his Presidency?

Jair Bolsonaro’s campaign against corruption was one of key promises that handed him victory in the 2018 Brazilian Presidential Election. However, like so many of his predecessors, his promises have not materialised.

The President’s lack of empathy for his fellow Brazilians – demonstrated by his Government’s laissez faire approach to the COVID-19 pandemic – may well have undercut his chances of re-election in 2022.

His indifference to the disproportionate impact of the pandemic on Brazil’s economy and health has been a bitter pill to swallow for many who voted for the former army officer. Their expectations were high, and he has not repaid their trust.

Brazil has the world’s third-highest number of COVID-19 cases – with a total of 7.7 million people infected – and the second-highest death toll, standing at more than 190,000 people.

Yet, a bullish Bolsonaro continues to ignore recommendations from the World Health Organisation (WHO) and refuses to acknowledge the perils faced by his people.

On 16 December, Brazilian Health Minister Eduardo Pazuello announced a vague plan of action to vaccinate more than 210 million Brazilians, but it did not include dates or even a vaccine supplier – leaving the Brazilian population in despair.

What’s more, Bolsonaro won’t be one of those queuing up for a jab. “If someone thinks my life is at risk, it’s my problem,” the President has said.

In December, he told his supporters in São Francisco do Sul, Santa Catarina, that the best vaccine against COVID-19 is the virus itself.

He has also defended the use of hydroxychloroquine to counteract COVID-19 – as Donald Trump has in the US – despite several studies pointing to its lack of efficacy. 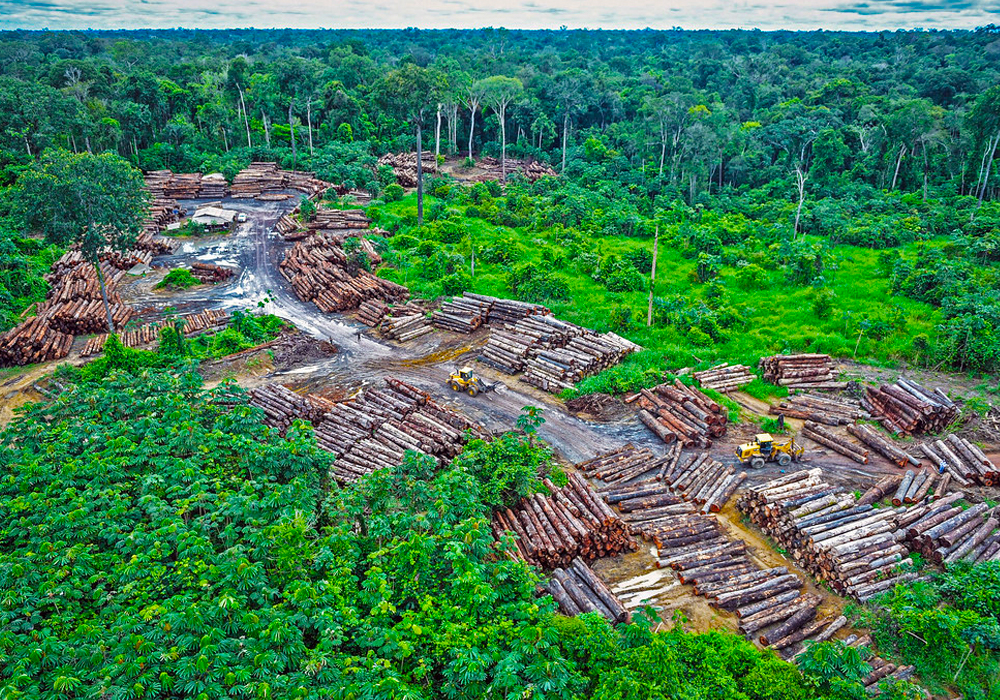 Greed and DestructionCOVID Isn’t Slowing the Demolition of the Amazon

The minimum monthly wage in Brazil is R$1,045 – approximately £147. According to UNICEF, from July to November 2020, 13% of Brazilians declared that they had no money to buy food.

At the beginning of the pandemic, emergency aid was granted by the federal Government to casual workers, individual micro-entrepreneurs, the self-employed and the unemployed. The amount agreed was R$600 a month – approximately £84. In September, an extension of the benefit was declared, but the amount was reduced to R$300 – only about £42.

Since then, it has been announced that the emergency aid that helped 68 million Brazilians to survive during the pandemic will end without an alternative scheme being created. This means that as many as 24 million people could be pushed into extreme poverty.

Inflation for the lowest income families has soared during the pandemic by 4.56%. In contrast, inflation for the wealthiest Brazilians has been relatively stable, at just 1.68%. There has been a sharp increase in food prices for the poorest, at a time when income is falling. As stated by the OECD, Brazil’s unemployment rate is expected to increase from 13.6% to 16% in 2021.

While the pandemic has been a significant factor in this state of affairs, Bolsonaro’s economic policies should also shoulder some blame, according to renowned economist Roberto Luis Troster. He has said that the Government stabilised the economy in its first year by reducing public debt, but has been slow to react to the pandemic – refusing to implement policies that would help the economy to bounce back.

Troster has made numerous suggestions about how the economy could be improved. In the short-term, tax should be increased on financial investments, income tax should be more progressive, and part of the foreign exchange reserves should be sold, he believes.

However, comprehensive reforms seem unlikely while corruption is rife. The arrest of Rio de Janeiro Mayor Marcelo Crivella in December is an example of how corruption thrives in the Brazilian political system. So far, seven of the previous office holders of the governor and mayorship of Rio de Janeiro have been removed from office, six of them arrested in the process. 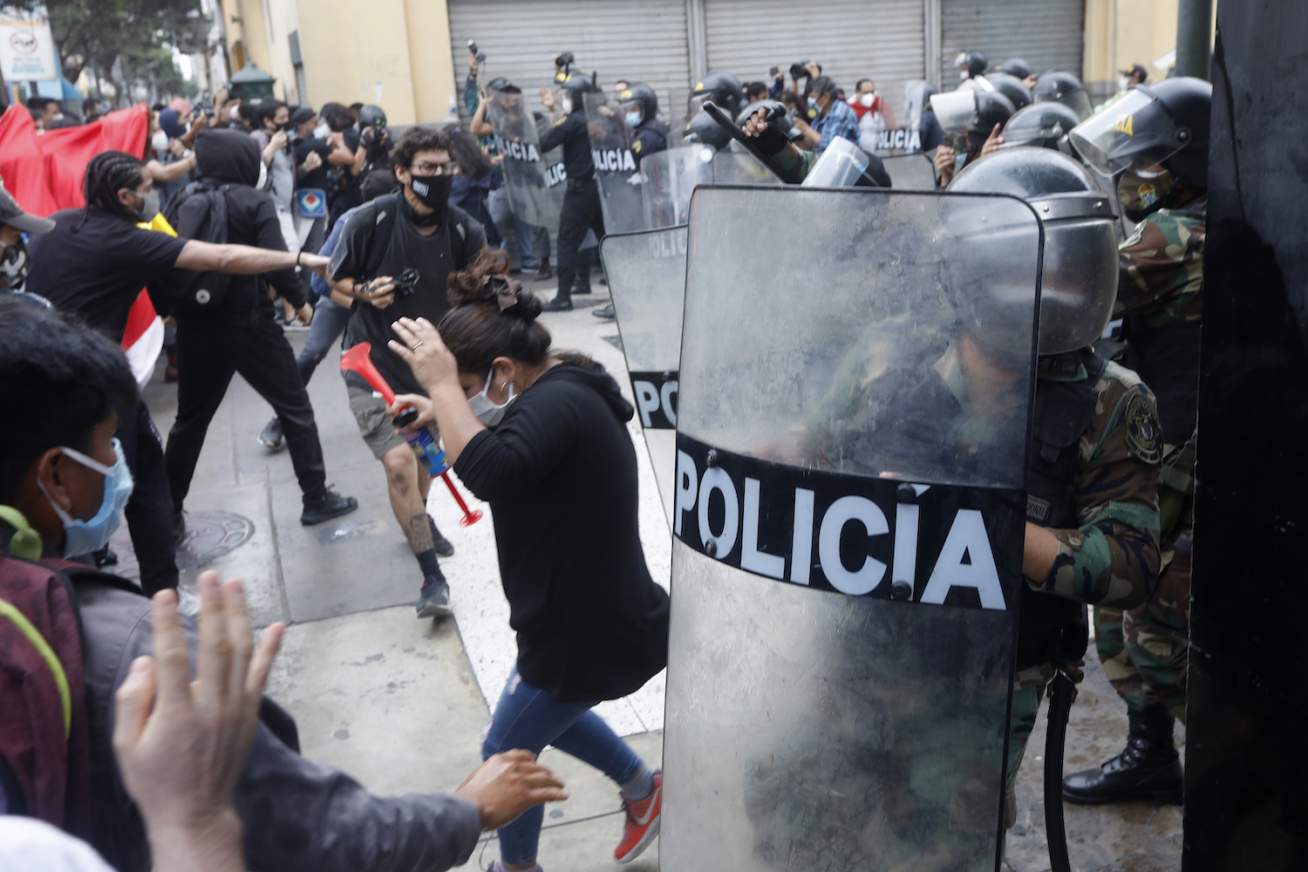 Bolsonaro’s Government also has an appalling track record on the environment. When he came to power, the President declared his intention to put a stop to what he called the ‘environmental lobby’. Consequently, it has been of little surprise that, under his administration, the illegal deforestation of the Amazon has reached unprecedented levels.

“The climate goal presented by Brazil distances it from meeting the objectives set out in the Paris Agreement, jeopardising global efforts to keep the planet’s average temperature increase at a maximum of 1.5 °C until the end of this century,” a Brazil Climate Coalition representative warned Marcello Brito, president of the Brazilian Agribusiness Association. “As a result, we run a serious risk of aggravating existing problems, such as altering the rain cycle, water scarcity, loss of biodiversity and fertile areas for agriculture.”

Under Bolsonaro’s Government, the highest number of new pesticides in 15 years has been registered and released. In total, there are currently 2,976 pesticide products sold throughout Brazil.

“Brazil continues to permit the use of dozens of highly hazardous pesticides that have long been banned by numerous other countries,” notes the former UN Special Rapporteur on Human Rights and Toxics, Baskut Tunack.

Not only has Jair Bolsonaro broken his electoral promise to root out corruption, he has also failed to enshrine even basic protections for the Brazilian people to prevent poverty, hunger, disease and environmental damage.

Bolsonaro should suffer a similar fate to his idol Donald Trump – a brutal and humiliating loss at the polls. For the sake of the nation, nothing else will suffice.