Susan Nathan explores the experiences of parents and teachers struggling to cope with a lack of tech for online learning, with additional reporting by Sian Norris

“We have a ‘family laptop’ which is being used by our eldest who is at secondary school,” says Catherine*, a mum of three in Manchester. “She is having a lot of live lessons. The younger boys who are in primary school are using a tablet which isn’t ideal. I know lots of families sharing one laptop and then mobile devices between two or three children.”

Back at the start of lockdown, the Government committed to making sure no pupil would miss out on education because they couldn’t get online. A total of £100 million was ring-fenced for the provision of laptops and 4G routers to those children without access to online learning. But by June, it had failed to deliver the 230,000 laptops to the most vulnerable pupils.

As a result, children are struggling to access online learning. According to research from Nominet, 50% of parents are worried about their children’s education online and one in five (21%) of parents of school-aged children had to share their devices with their children to juggle the demands of remote working and home-schooling.

In August, the Children’s Commissioner Anne Longfield said that the provision delivered by the Government was not enough to cover the 540,000 children in need that had been identified. And, despite BT offering to help bridge the digital divide by working with the Department for Education to offer families without a current internet connection access to their BT Basics package, they were allegedly rebuffed by the Government.

The Department for Education denied this, saying that the scheme did not suitably meet children and young people’s needs for a reliable and consistent internet connection to access remote education. 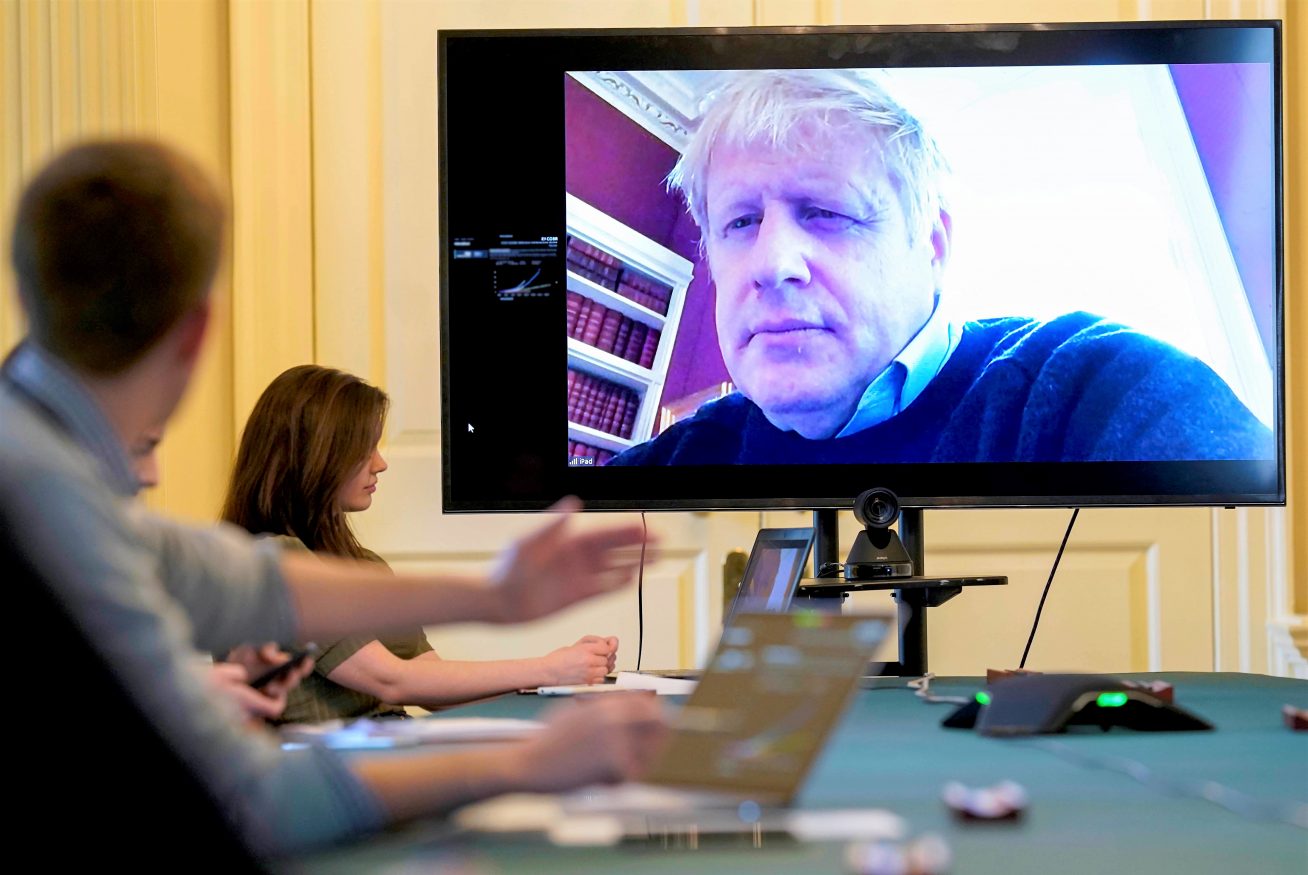 In the affluent area of Manchester where Catherine lives, she has resorted to asking the parent-teacher association to raise funds so that they can purchase tablets for those children who have no internet or suitable access at home.

The need to raid their own budgets to bridge the digital divide has been the case in schools since the first lockdown in March, according to Nic*, a member of the senior leadership team at a large state secondary.

“In the last lockdown we were given eight laptops between three schools,” Nic explains. “We had to purchase around 100 laptops out of our own budgets and now we risk running dry again. It’s not money we conjured up from nowhere. There will be a squeeze. Whether that means we can’t fulfil our SEND (Special Educational Needs and Disabilities) provision the way we wanted to next year or whether it means staffing cuts next year, it’s money we’re spending now and can’t spend in the future.”

The number of laptops allocated to each school is based on the number of students on free school meals and an estimate of school supplies. But such estimates were accused by some teachers as being “wildly inaccurate”, which Nic’s experience bears out. There are 8.89 million pupils in secondary schools in England of which 17.3% are eligible for free school meals – 1,537,970 children. Even a conservative estimate would suggest that more than eight laptops would therefore be needed across three busy schools.

In the London borough of Harrow, figures obtained by Byline Times reveal that devices for vulnerable children received by the local authority and a small number for Year 10 in maintained settings amounted to 571 laptops and 105 routers. Of this, 356 laptops and 90 routers were allocated to children who were known to social care services to be distributed via schools, and 35 laptops and 15 routers were allocated for Year 10s in maintained settings. Academy secondaries ordered separately and therefore Byline Times does not have a total figure for Year 10 pupils. The number of children eligible for free school meals in the borough is 1,725.

The Government has now updated its guidelines of who can attend school during the lockdown to include children without access to laptops or a quiet room to study in.

This is a “complete get out,” Nic says. “It’s a Government failing to fulfil their promises back in the first lockdown. They haven’t done it, they’re aware they haven’t done it, so instead of saying we will get laptops to children, they are sending them to school.”

Bringing more children into the classroom puts more teachers and families at risk of infection. But it has another impact – ironically on laptop provision. Nic’s school is now having to buy laptops for children coming into school so that they can take part in online lessons.

“The Government doesn’t understand we don’t have the digital infrastructure in school,” Nic explains. “We hold on to a computer until it stops working because we can’t afford to keep updating them. We don’t have webcams in school computers because that’s not a normal part of teaching. Now we need to provide children in school with laptops so they can take part in online lessons, simply to avoid putting them at a disadvantage to children learning at home.”

The expanded definition has led to some schools reporting a surge in pupil numbers, putting pressure on schools to deliver online and in-classroom learning. In Catherine’s primary school, pupil numbers are now at 40% – an increase on the March 2020 lockdown.

“Too many children in school means too many staff teaching them, meaning they don’t have any time to prepare and mark work for the home learning classes,” says Catherine. “We have fantastic staff at our school, yet I am fully expecting to see submitted work being marked past midnight. It’s not fair on the staff and means they won’t be at their best to teach anyone.” 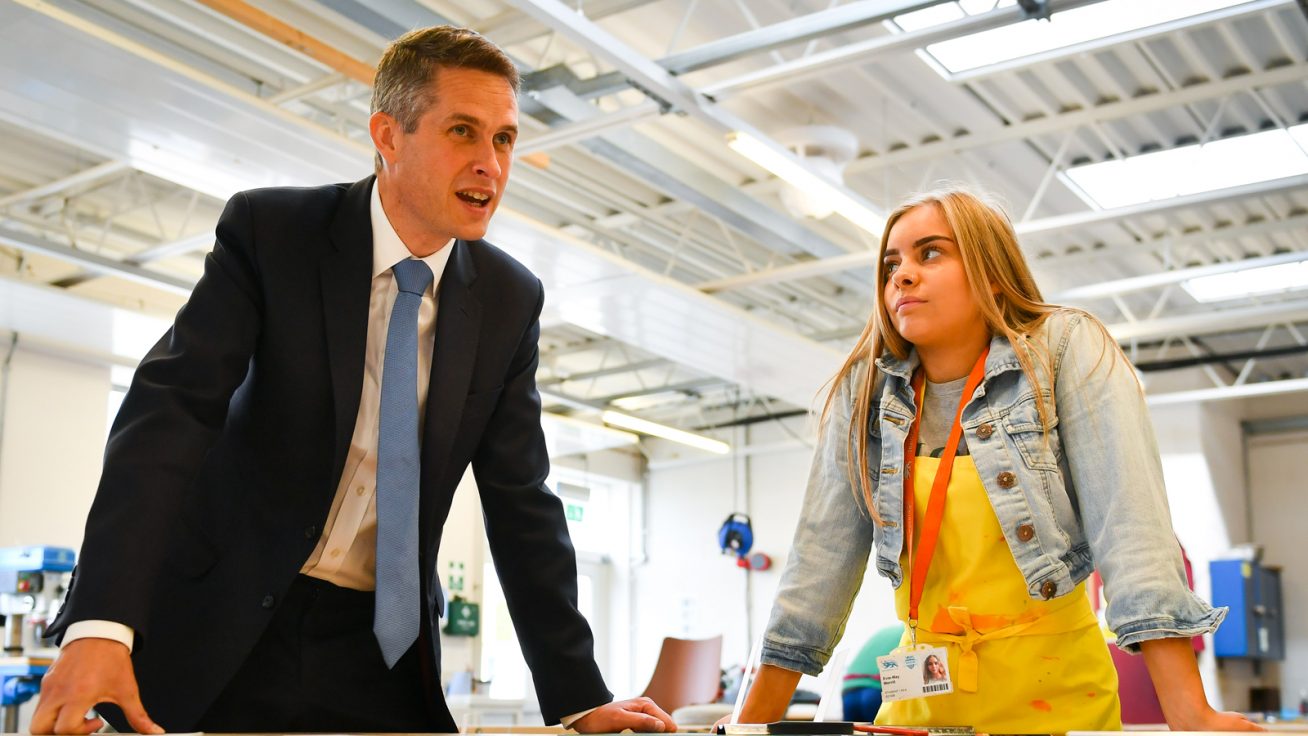 The Digital DivideWith Schools Back in Lockdown, How ManyDisadvantaged Students have the Kit they Need?

Out of the Classroom

The Government guidelines on who can attend school also include the children of key workers, those deemed to be vulnerable due to disabilities, looked-after children and children with allocated social workers. But the interpretation of the guidance appears to vary between local authorities, regions and the four devolved nations.

Lynsey* is a mother of two boys in Cardiff, one of whom is disabled. However, despite the fact that 10-year-old Dylan-Michael was born with microcephaly, he isn’t eligible for a place at school during lockdown. The staff have claimed that their teachers’ union issued their own guidance, to which they are adhering. When probed, the staff were cagey and refused to say more.

The Government has also issued guidance stating that secondary schools must provide five hours of online learning every day – something which Lynsey’s eldest son is not getting. But, as Nic told Byline Times, “in our normal school day we don’t provide five hours. They’re in school for more than five hours but they’re not learning all that time. To sit in front of a screen for that amount of time – we are introducing activities to reduce their screen time as it’s better for mental health”.

As schools struggle to balance online and in-class learning, parents face their own struggle to manage working from home while ensuring that their children are learning at home.

“If I didn’t work like an absolute machine, my children would fall behind,” Karen* told Byline Times. The busy mum of two has been home-schooling her daughters since the first lockdown while also running a successful child-minding business. The pressures of juggling work and childcare is exhausting.

The key to success, she believes, is being aware of not putting too much pressure on the children: “Their mental health is far more important, therefore it involves a very fine balance. I eat right and exercise a ton to keep my mind from fogging up.”

*Names have been changed to protect identities