The Digital DivideWith Schools Suddenly Back in Lockdown, How Many Disadvantaged Students Actually have the Kit they Need?

A lack of online access exacerbates an existing equality gap between children in disadvantaged communities and their wealthier counterparts, reports Sian Norris

Boris Johnson has announced a new lockdown for England, asking primary and secondary schools across the country to close to all pupils bar the most vulnerable and children of key workers. But, according to Ofcom, nearly two million pupils across the UK do not have a laptop for online learning.

In response to this digital divide, Labour MP Siobhain McDonagh today wrote to Education Secretary Gavin Williamson asking for all 1.3 million children on free school meals to be given internet access and a digital device.

An estimated 9% of families in the UK do not have access to a laptop, desktop or tablet at home, according to data published by the Children’s Commissioner in August 2020. Ofcom states that 1.78 million children across the UK don’t have computer or tablet access, while Lloyds Bank UK Consumer Digital Index in 2019 found that 700,000 11-18-year-olds (12%) had no home internet access from a computer or tablet. Many poorer households also struggle to get online: 880,000 children live in a home with only a mobile data connection.

Too Slow A Start

Back in April, the Government resolved that no child should fall behind due to online learning and committed £100 million to distribute laptops and wireless routers to vulnerable pupils with social workers, care leavers and disadvantaged Year 10s.

The Children’s Commissioner wrote in August that this allowed for 200,000 devices and 50,000 routers for the 540,000 children eligible for the first roll-out of the scheme, meaning that only 37% were able to access a device.

In written evidence submitted to the Education Select Committee by EdTech Advisory Forum in September, concerns were raised about the patchiness of the scheme. The Government was accused of relying on assumptions about schools’ existing digital provision that were “wildly inaccurate”, EdTech Advisory Forum wrote.

The Government “reached its allocation estimates based on an assumption that secondary schools already had an average of 87.3 tablets and 194.6 laptops. Primaries were estimated as having an average of 27.2 tablets and 49.1 laptops”. However, schools disputed these numbers and many were forced to use already squeezed budgets to deliver digital devices. Those with no remaining budget – schools in the poorest areas and therefore with the most need – couldn’t stretch to buy devices at all.

EdTech Advisory Forum told the committee that “the promise of 230,000 laptops and tablets and almost 50,000 4G wireless routers for disadvantaged children was slow to materialise and in July, several months after the initial lockdown, targets had still not been met”.

Questions were also raised as to the provenance of the devices provided by the Government. In October, Private Eye revealed how the Department for Education had given a multi-million-pound contract to a Conservative Party donor to deliver devices to disadvantaged children. Computacenter Ltd was given £60 million to provide 230,000 laptops and £6.3 million to supply 4G wireless routers. Following an announcement to provide a further 150,000 laptops ready for the autumn term, Computacenter Ltd was given a further £27 million contract. 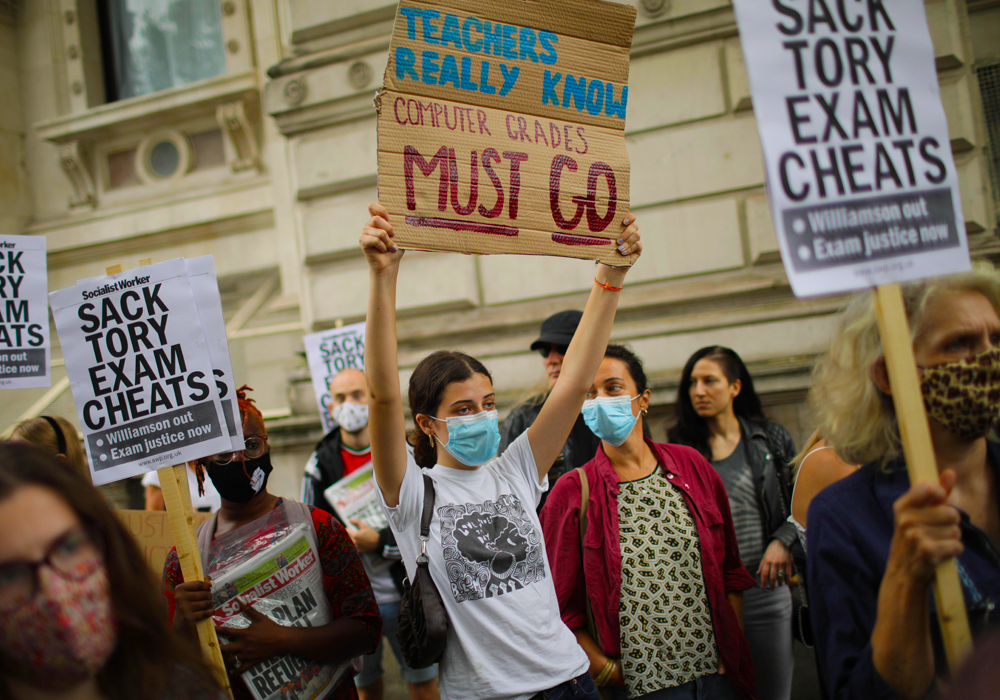 Exams Watchdog Boss FloutedConcerns on Algorithm BiasRaised in his Own Report

The Department for Education announced in December that, having distributed 560,000 devices to schools in 2020, it would be making a further 460,000 available for schools to order, taking the total to one million. This was before the new lockdown was announced and based on children being unable to attend school due to local Coronavirus restrictions or because they needed to isolate.

However, with up to 1.78 million children without access to tech at home, this leaves a significant gap. While some of the remaining 780,000 pupils will be attending school, the Government’s plans still have a shortfall when it comes to access to online learning devices.

Meanwhile, charities and private firms are stepping in to plug the gap. For example, London’s Battersea Power Station is working with the council and local partners to provide tech to local families, and TechForUK is asking for public donations to help reach vulnerable children with laptops and tablets.

Children who struggle to access online learning ultimately risk falling behind on their education. The equality gap in education widens, impacting on social mobility and longer-term prospects for children and young people.

Analysis from the Sutton Trust found that there was a significant gap between the number of young people from working-class households taking part in online learning every day (16%) compared to their middle-class peers (30%). While 44% of pupils in middle-class families were reported to spend more than four hours a day learning, this was true for 33% in working-class families.

The gap between private and state education is yawningly wide too. 51% of primary and 57% of secondary privately-educated students have accessed online lessons every day – more than twice as likely as their counterparts in state schools. Private schools and schools in affluent areas were also more likely to have online learning set-ups than those in disadvantaged areas. 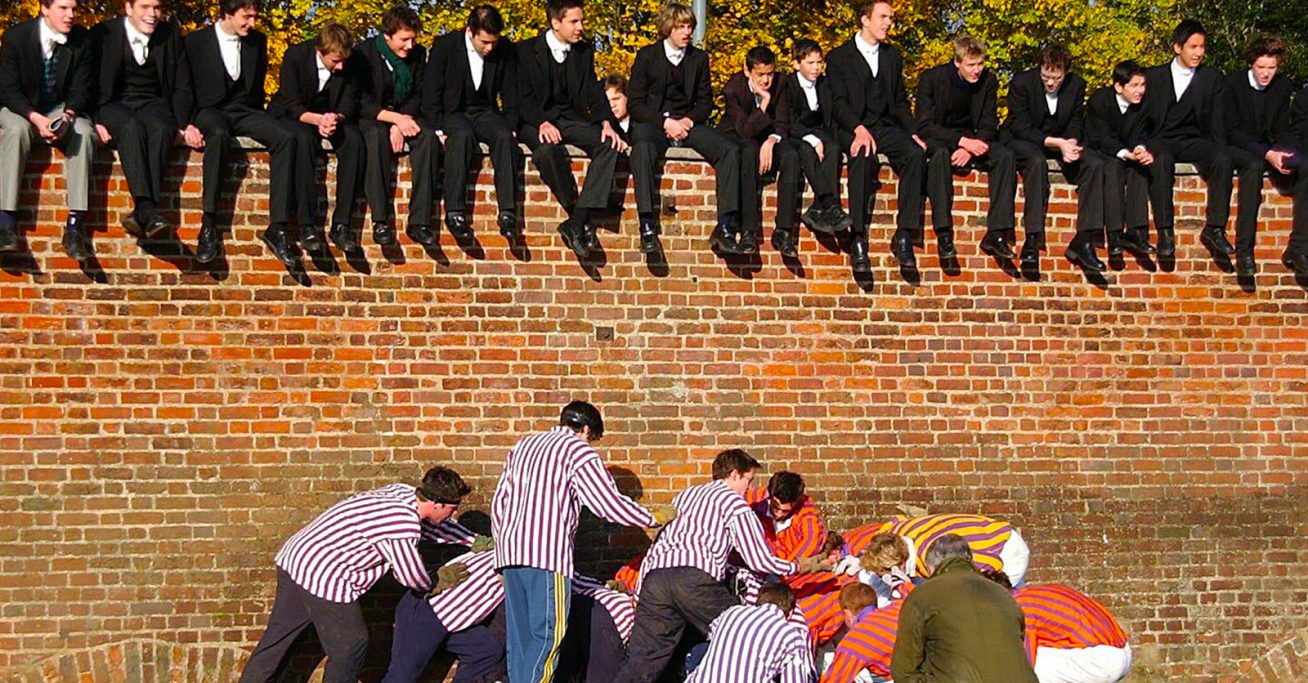 The digital divide exposed by online learning exacerbates an existing equality gap between children in disadvantaged communities and their wealthier counterparts.

The organisation Thinking Reading, which supports children with literacy, told Byline Times that the majority of children they support with reading problems are from disadvantaged homes. “Reading problems are caused by inadequate instruction,” it explained. “Children who come from privileged homes have compensating factors which mean they can get around or negotiate and learn to read anyway. Whereas children from disadvantaged homes don’t have these compensating factors so are much more vulnerable to weak instruction.”

The Sutton Trust research also found that “in most deprived schools, almost a third of teachers (32%) are getting less than a quarter of the work they set returned, compared to just 13% of teachers in the most affluent schools, and only 7% in private schools”. This reflects the impact the digital divide is having on the poorest children’s ability to complete their schoolwork effectively, compared to their wealthier peers.

Byline Times asked the Department for Education about the digital divide, but did not receive a response.