Iain Overton and Murray Jones reveal new figures about police shootings in the UK, exposing racism embedded in the identity of both the victims and perpetrators

A quarter of people shot by armed police forces in the UK in the last five years were black, whilst only 0.2% of armed officers identify as black, new figures obtained by Action on Armed Violence (AOAV) reveal. Out of 33 incidents since 2015 – excluding live terrorist events – nine of those shot by officers were black, including four killed and five wounded. This constitutes 27% of the total shootings.

In England and Wales, over the past two years, in 7,670 incidents when armed police pointed their guns at a subject but didn’t fire, one in four (1,933), involved a black person. In London’s Metropolitan Police, this figure rose to 48% last year. From 2018/19, the Met aimed a firearm at a black person 665 times, nearly twice the rate of white individuals.

Despite the high proportion of black people being targeted by armed police, though, black officers make up a tiny fraction of authorised firearms officers (AFOs), a series of Freedom of Information requests has revealed.

Of the 47 UK police forces question, 35 responded. Thirty forces specified the number of black AFOs in their ranks, and a total of just 29 black officers were listed. That’s just 0.2% of the combined number of 12,572 armed officers from these 30 forces. 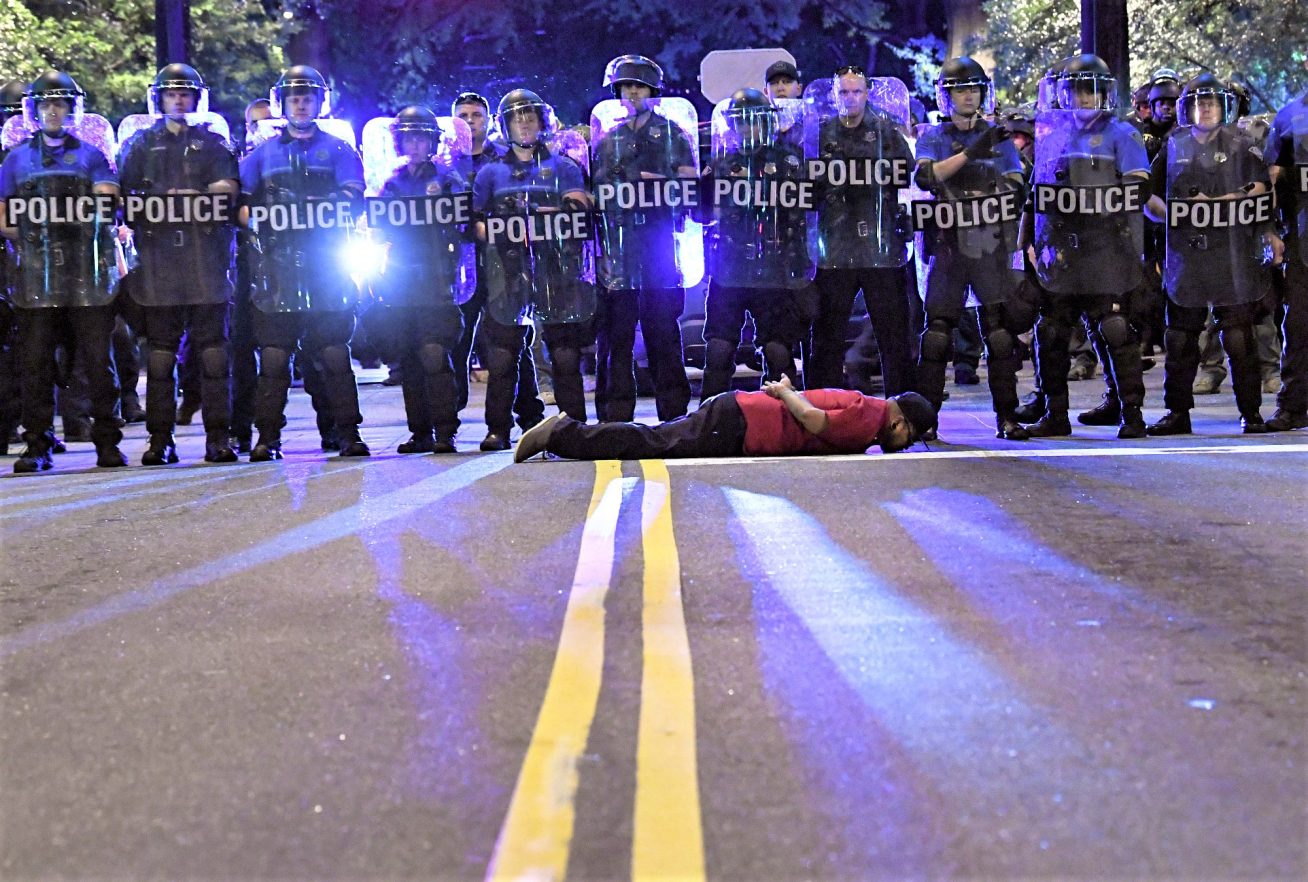 These figures do not include the Met, that is responsible for the most shootings in past five years – a total of 16. The Met said it “[does] not record specific Officer Defined Ethnicity” for armed officers. However, data from its armed officer training programme shows that since 2017, just 38 – 2.8% – of the participants were black. Once on the training programme, the pass rate for black officers was 10% lower than for white candidates.

The force with the most AFOs is the Police Service of Northern Ireland (PSNI) with 7,244. All PSNI officers receive firearms training and are routinely armed while on duty. The Northern Irish police has not shot anyone in the past five years.

Fourteen regions don’t have a single black AFO amongst their 1,313 armed officers, including Northamptonshire, West Mercia and Durham.

This racial breakdown, highlighted by AOAV’s findings, has caused concern among policing experts. “Armed policing has traditionally been seen as a hostile environment for black and minority ethnic officers,” Andrew George, the President of the National Black Police Association, says.

George pointed to bias in the security vetting process, assessments, promotions and a lack of role models as reasons for a lack of black and minority ethnic AFOs.

“There is racial bias by police. This is displayed in our culture, training and briefings and stems from a lack of representation across policing, particularly in specialisms and at higher ranks,” he added.

George, who was himself an armed officer in Northern Ireland for a decade, says he was discriminated against because of his ethnicity. He took his case to an employment tribunal but his claims were dismissed.

“Grievances are also poorly managed with officers investigating each other and either try to discredit the victim or justify the decisions of the alleged discriminator,” he told AOAV.

But when the tables are turned, when black and minority ethnic officers are the subject of a complaint, they face harsher penalties. A 2020 review of the police workforce found that black and minority ethnic police are dismissed at more than twice the rate of their white colleagues. Similarly, non-white officers are far more likely to resign and less likely to reach retirement.

In the Metropolitan Police, a 2016 investigation showed that black and minority ethnic officers are twice as likely to be the subject to misconduct allegations. And when such claims are unsubstantiated, “they were more likely than white officers to still receive management action”.

One armed officer who felt hostility from his unit is Nadeem Saddique. In 2015, he was awarded £457,000 in compensation from Cleveland Police after years of racial discrimination. The only Asian in his unit, he was called “just a Paki” and a “black c*nt” by his superiors, who conspired to have him removed from armed duties.

The discrimination ingrained in US police forces has motivated widespread protests in recent years. It seems the UK is not immune to these same forces of prejudice.