Donald Trump’s British acolytes are watching in idle complicity as he tears down the scaffolding of American democracy, argues Sam Bright

‘In over their heads’ is a phrase often used to describe Cabinet ministers in the UK. They are on average far less qualified than their predecessors, appointed to the job as loyal servants to the agenda of Boris Johnson and his Vote Leave administration.

This agenda of course relies fundamentally on a close political alliance with Donald Trump, a man who shares its populist-authoritarian tendencies. “He’s doing a fantastic job, not easy but doing a really good job,” Trump said of Johnson at a UN meeting last September, after the Prime Minister unlawfully suspended Parliament in an attempt to push through Brexit.

It is also an allegiance forged through necessity. Brexit tugs the country away from the locus of European liberal democracy and forces it to ferment new global alliances.

The Trump alliance, driven by a blend of ideology and pragmatism, has now pushed the UK Government to newfound democratic depravity. Entrapped by Trump, the Vote Leave establishment is acquiescing to his efforts to violate the tenets of American democracy.

The Trump CoupA British Revolution Too

The election hangs in the balance, yet appears to be leaning towards Joe Biden. With millions of postal ballots still to be counted – heavily favouring his opponent – Trump held a press conference earlier today, declaring the election a fraud, calling for the counting of ballots to end, and pledging to take the result to the Supreme Court. A body, incidentally, that Trump has packed with conservative figures.

Caught in Trump’s orbit, Johnson’s administration and its mouthpieces have marched in blind synchrony with the President, buttressing his attempts to effectively rig an election.

Speaking on the BBC this morning, Foreign Secretary Dominic Raab was notably reticent about condemning Trump’s actions. “You are asking me to comment on the campaign commentary from both sides… which forgive me I will refrain from doing,” Raab said, tersely.

This was echoed by one of Raab’s former Cabinet colleagues Liam Fox, who similarly refused to condemn Trump, saying that the UK is obliged to maintain good relations with the next President, regardless of the result – or seemingly how the election was conducted. 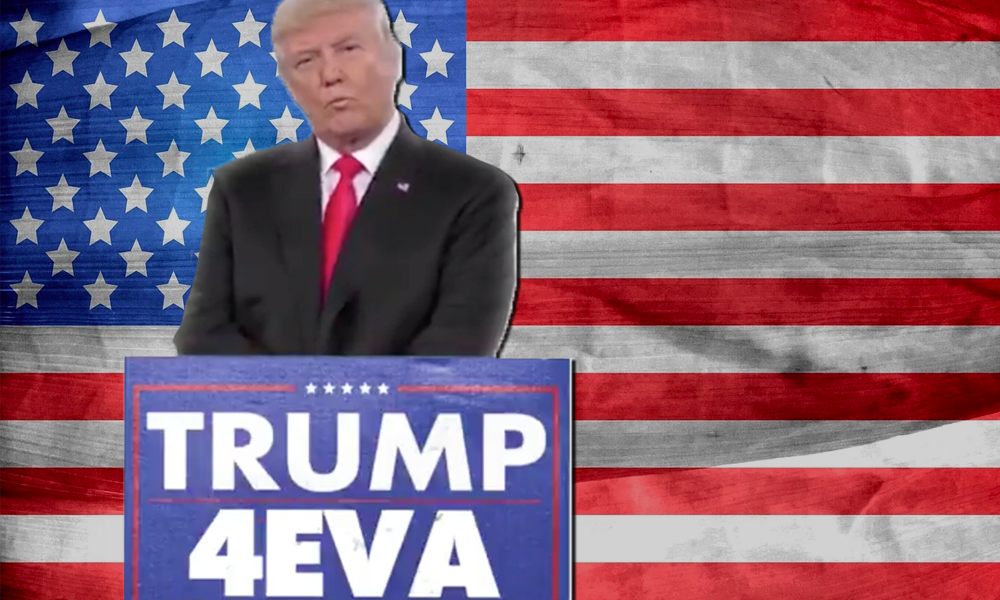 It is also on UK media that one can find some of President Trump’s staunchest advocates, not simply his passive adherents. Speaking to Piers Morgan on ITV’s Good Morning Britain earlier, Brexit Party (Reform) leader Nigel Farage claimed that Trump hadn’t advocated treating COVID-19 with bleach. When presented with the clip, Farage said Morgan was “sinking to the gutter”.

Indeed, while American media is typically more radical and partisan than UK media, election night is perhaps the one exception. In order to call state results before all votes are counted, the main media outlets carry independent ‘decision desks’ that sit separately from their main operations.

This caused particular consternation overnight in pro-Trump circles, as the President’s media mouthpiece – Fox News – called Arizona as a Biden victory before anyone else. “Arizona, we have a lot of life in that,” Trump said in his statement this morning – suggesting that Fox News came to a verdict too hastily. “The gentleman that called it, I watched it tonight, and he said it’s fairly unlikely that [I] could catch up… well, fairly unlikely!”

This is a seminal moment for global democracy. Trump is not merely speculating about the result of the election, he is calling into question perfectly legitimate (postal) votes, and threatening to overturn his potential defeat. As the alleged leader of the free world, this sort of election coup has profound implications for the health of democracy, at home and abroad.

Yet, as Trump tears down the scaffolding of American democracy, the UK Government preaches silence. As Trump’s authoritarian tendencies challenge the principle of free and fair elections, the European vanguard of Trumpism sits in idle complicity. Loyal to their man, whatever the cost.