For the Love of Trump

With the election results showing a higher than expected degree of support for the President, Anthony Barnett explores his appeal to American hearts and the split in the US psyche

“It’s a slam dunk. I didn’t know a lot about him then, but over the last four years I’ve come to love him.”

These are the words of a Donald Trump supporter. There is no record of voters falling in love with Joe Biden.

In China, where they make and sell wholesale the plastic signs, badges and caps that celebrate American candidates, Trump’s are selling massively and Biden’s hardly at all, according to a detailed New York Times report last week.

“Trump paraphernalia is still in demand,” the report said. “At a Halloween mask factory outlet, rubbery Trump masks were consistently popular and completely sold out. The factory created a Biden mask, said Gigi Zhang, the store manager, but nobody had ordered it yet.”

Which tells us that, as well as those who adore Trump, even those who hate and fear Trump, get a thrill out of dissing him.

And he loves his supporters back and says so. He even loves being hated, as this showers him with attention. Above all, his rallies are love-ins.

Yes, of course, they are also hate-ins. Shared love can be viciously exclusive. They call for opponents to be locked up, pillorying them for their corruption and entitlement. Yet they are also enjoying themselves. His rallies are fun. What is its nature – the human nature of the intensity of Trump’s appeal?

Whatever it is, Biden doesn’t have it.

In a skillful video, will.i.am set a Biden speech to the song ‘Where is the Love?’, in a good try at an attempt to wrap him with some Trump appeal. But Biden does not actually use the word love, in contrast to Donald Trump who uses it all the time.

Just so that I’m not misinterpreted, Biden doubtless loves his wife while Trump seems incapable of loving anyone except himself, in the personal usage of the word.

The Greeks had six words for different kinds of love, according to a cool article by Roman Krznaric. Sexual, playful, friendship, longstanding, narcissistic and agape, the selfless love of others. To this half-dozen Martin Luther King Jr added “the love that does justice”. The love of Trump seems to be in a category of its own.

But it’s vital to get a measure of it and where it comes from, and also whether we want love in our politics at all. Do we want politics to be unloving?

The Trump CoupA British Revolution Too

When, under the influence of COVID-19 Trump ranted uncontrollably in the first presidential debate, I was concerned that he was heading for too easy a defeat. He deserved to be crushed. My concern was that if he was defeated, thanks to illness, the political establishment, for want of a better word, could believe things can default back to the time when they enjoyed command. That Trump and everything he stood for would then be disregarded, as if it was a nightmare with no actual substance, rather than defeated.

The past two weeks have changed this. With demonic energy, a now steroid-saturated Trump has stormed the key states to arouse his supporters. Everyone can see the energised Trumpeteers in their tens of thousands. His presidency is more than a cult, it has become a movement coming from the heart of America. Despite everything that he stands for so blatantly, his supporters have doubled-down for him.

It’s not that every one of them love him. Many dislike him. But they share his supremacism and respect his desire and ferocious will to ‘be something’, while Biden ‘plays the game’. The mockery struck home: Biden is sleepy, plays safe, stays in his basement.

The Two Faces of America

The inspiring character of Trumpism means that the welcoming, creative, pioneering, high-energy, humanitarian and constitutional culture of the United States, that inspires so many of us, inhabits the same body as the brutal, supremacist, racist, self-regarding and destructive America personified by its current President.

In Robert Louis Stevenson’s Strange Case of Dr Jekyll and Mr Hyde, the civilised doctor transforms into the evil, murderous Edward Hyde. Many Trump supporters are kind and thoughtful people, but he will destroy the earth’s environment. His movement is like the black hair that starts to grow from the armpits of due process as they turn into the limbs of an ogre.

The question of how ‘representative’ Trump supporters are of the United States is the wrong question if it is asked with a statistical frame of mind. In an openDemocracy article I wrote with Adam Ramsey, we observed that “behind his lies, make-up and hair spray, Trump represents an honesty about the US which its leaders tried to hide. He speaks the truth of power, with a clarity that Washington wants to obscure”.

Whatever the final result, Trumpism and its love of supremacy and shared ‘outsider’ success won’t be defeated until this, the source of its energy, is confronted. 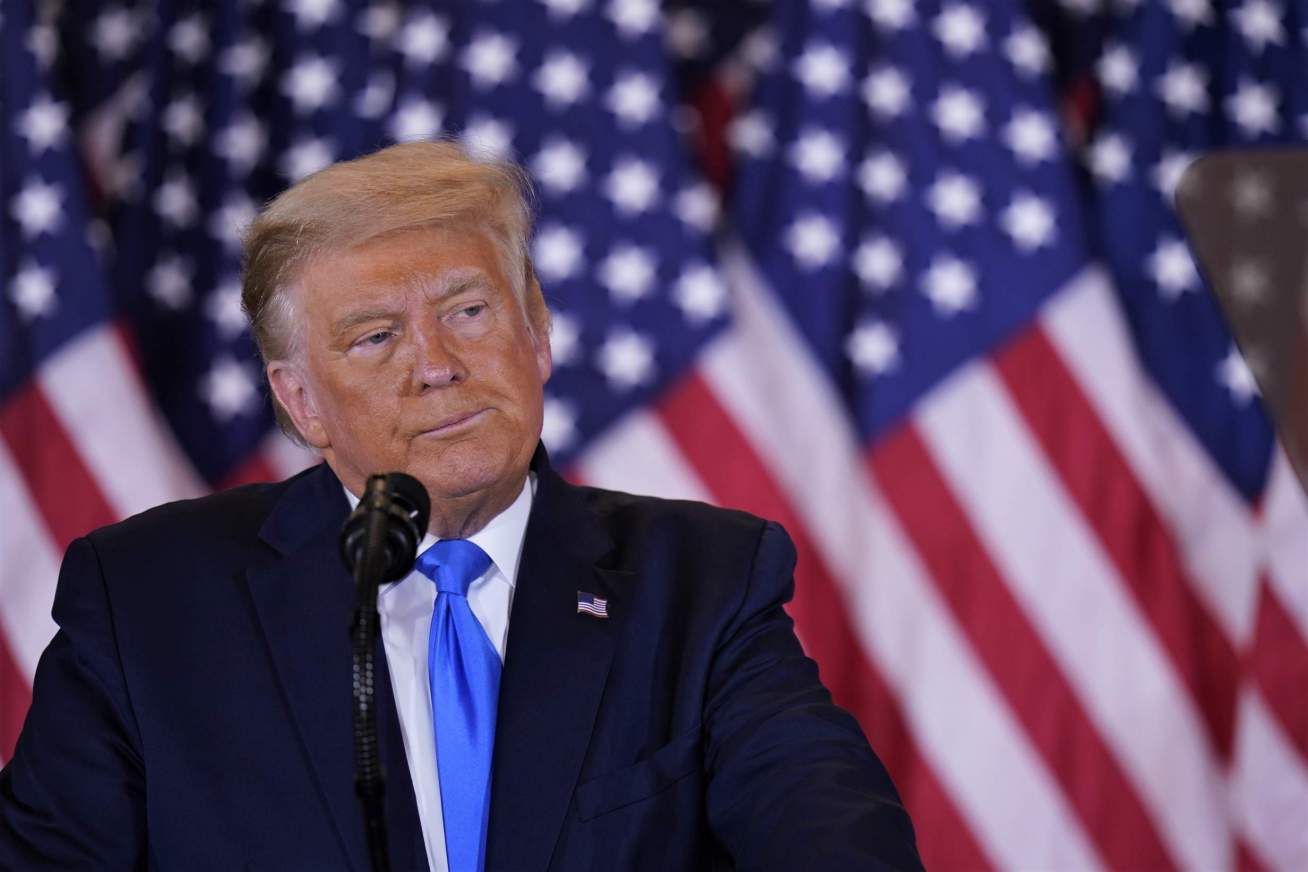 US Election 2020Americans have Failed toRepudiate the Dangers of Trumpism

Biden isn’t doing so. Yesterday, in their final rallying calls, the former Vice President, speaking in Pennsylvania, said: “Folks, it’s time to stand up and take back our democracy. We can do this. We can be better than what we’ve been. We can be who we are at our best – the United States of America.”

This is re-treading Obama. However appealing it may sound to say we are all one, it clearly isn’t true. The US is deeply polarised and this has to be addressed not denied by claiming ‘we can overcome’. Obama presided over a massive widening of inequality, something Biden Democrats have never acknowledged. The system he represents and assisted is divisive and makes his words ring hollow.

And they love him for it.