In the wake of the Black Lives Matter movement and ahead of a new drama by Steve McQueen, Jan Fuscoe speaks to one of the last surviving members of the ‘Mangrove Nine’, whose trial in the 1970s was a defining moment for Black Power in Britain

Nine of the marchers were arrested and subsequently charged with ‘incitement to riot’. A groundbreaking trial followed at the Old Bailey, which resulted in the first judicial acknowledgment that there had been racially discriminatory activity by the police.

One of the ‘Mangrove Nine’, as they became known, was Barbara Beese. I made contact with her in a rather unusual way, even for these strange times.

I was researching the archive images of photographer Paul Trevor, who had been recording anti-racist protests since the early 1970s. These photos had never been published before but Trevor hoped that, with some diligent detective work, we might find some of the activists and allow them to tell their story.

I’d been especially drawn to a photo of a striking young black woman with an afro, holding the hand of a small boy who was looking straight at the camera.

Having exhausted all the usual research channels, I’d almost given up until, by chance, a friend recognised the same woman in a documentary about the singer and songwriter Joan Armatrading. Trawling through hundreds more images, I eventually found that the woman I was looking for was Barbara Beese.

Thanks to Twitter, I made contact with Barbara’s son Darcus (named after his father and the well-known activist Darcus Howe), who confirmed that the image was of his mother and that he was the boy, aged around five years old at the time.

Three years before Trevor’s photo was taken, Barbara had been at the centre of a landmark trial that involved racism and police discrimination.

“I had moved to Ladbroke Grove in the late 60s around the time Frank (Crichlow) established the Mangrove restaurant, and its significance for the black community became quickly apparent to me,” she said. “It was the frontline – the ‘go-to place’ for black people to find out what was happening, to get the latest gossip, share experiences and to get advice on all sorts of matters, both social and legal. So for us, besides being a place that served great Caribbean food, the Mangrove was a hub for our community.”

Local police, however, had taken a different view, and were clearly unhappy with the collective activism. And so began their campaign of harassment.

“They repeatedly raided the premises under the pretext of looking for drugs, despite never finding any,” Barbara said. “Quite simply, the police wanted to discredit Frank and to cause the Mangrove to go out of business.”

We were determined to show that the decision to criminalise us was a political decision.

Within a period of six months, the Mangrove was raided 12 times.

Darcus Howe founded the Action Committee for the Defence of the Mangrove, the aims and objectives of which were supported by the British Black Panther Movement – a group inspired by the US socio-politcal group that challenged, among other things, police brutality.

Crichlow had written to the Race Relations Board complaining that the police raids were unlawful. “I know it is because I am a black citizen of Britain that I am discriminated against,” he wrote. He also contacted the Home Office, telling the department: “We shall continue to protest until black people are treated with justice by the police and the law courts.”

But Barbara considered that “both the police and the powers that be, for example Kensington and Chelsea Council, believed that the Mangrove was a base for the emerging black power movement, and its existence was a threat, and therefore it had to go”.

Eventually, Darcus Howe persuaded Crichlow that they needed to take action and a protest was organised. Barbara was just 24, with an eight-month-old son.

“Our intention was to march, in a perfectly legal way, to demand that the police get their hands off the Mangrove,” she recalled. But the police response was heavy-handed, with more than 700 officers present and, as the march moved towards Harrow Road police station, violent clashes erupted.

“Numerous black people, including me, were snatched out and arrested,” she said. “Nine of us were charged with ‘incitement to riot’, ‘affray’ and assaulting police – really serious charges. Besides myself, my co-defendants were Frank Crichlow, Altheia Jones-Lecointe, Darcus Howe, Rupert Boyce, Rhoden Gorden, Rothwell ‘Roddy’ Kentish, Godfrey Millet and Anthony Innis.” 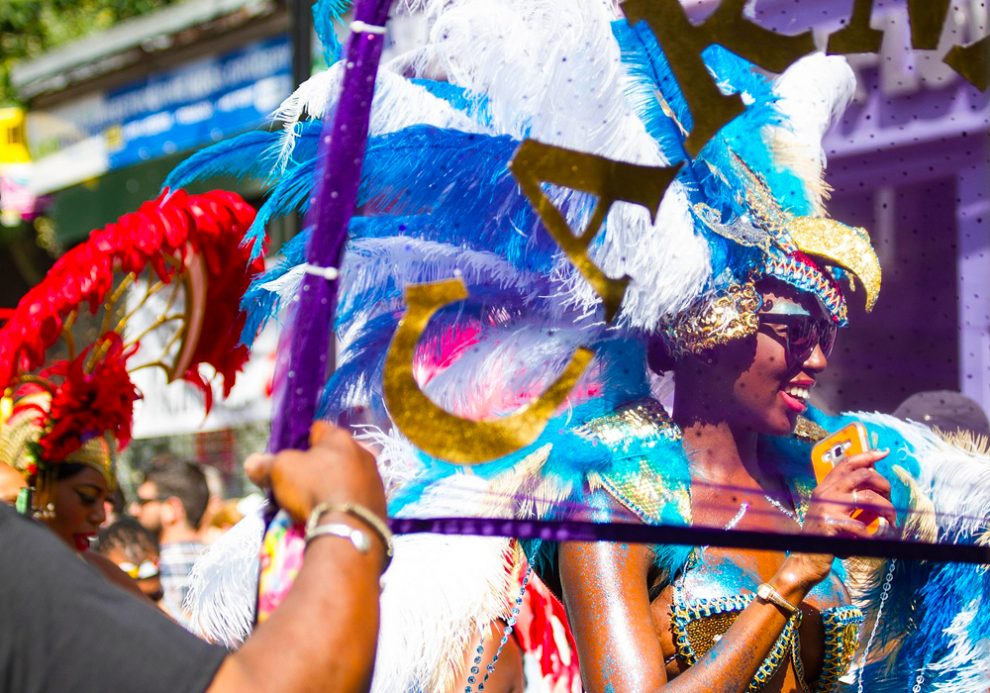 The charges were certainly serious as, historically, the testimony of police officers was rarely challenged. In an interview with the New Statesman in 1998, Darcus Howe told the magazine that “a solicitor advised me to plead guilty, promising that I would then get just a five-year prison sentence. He was trying to be helpful.”

But, as Barbara points out, “as young activists, we were determined to show that the decision to criminalise us was a political decision, and that it was necessary to expose this and the police lies in the courts”.

The police case for ‘incitement to riot’ was quickly dismissed by the magistrates court, which found that the evidence of the police officers “equated black radicalism with criminal intent”.

But the Director of Public Prosecutions thought otherwise and, by the time the case reached the Old Bailey, the charge had been reinstated – which Barbara believes “illustrated the determination of the authorities and the police to paint us as criminals rather than legitimate black activists”.

It was a truly defining moment for black people in Britain because it gave real meaning to the term Black Power.

Barbara’s son was not yet two years old when the case eventually reached court, so she had more reason than most to be concerned about the outcome. “I had a very real fear that, had the jury been taken in by the police lies, we would have received punitive and vindictive sentences,” she said.

But this case was different. As part of the legal strategy for the trial, both Altheia Jones-Lecointe and Darcus Howe chose to represent themselves. Darcus had a legal background, Altheia did not. The seven remaining defendants had barristers. Barbara was represented by Ian Mcdonald and an important part of his role was also to mediate between Altheia and Darcus and those barristers acting for other defendants.

The defendants cited the rights enshrined in the Magna Carta, that no free man may suffer punishment without “the lawful judgment of his peers”, and requested an all-black jury. By dismissing those who might be prejudiced against the notion of ‘black power’, they managed to secure two black jurors out of 12.

It was a landmark case. 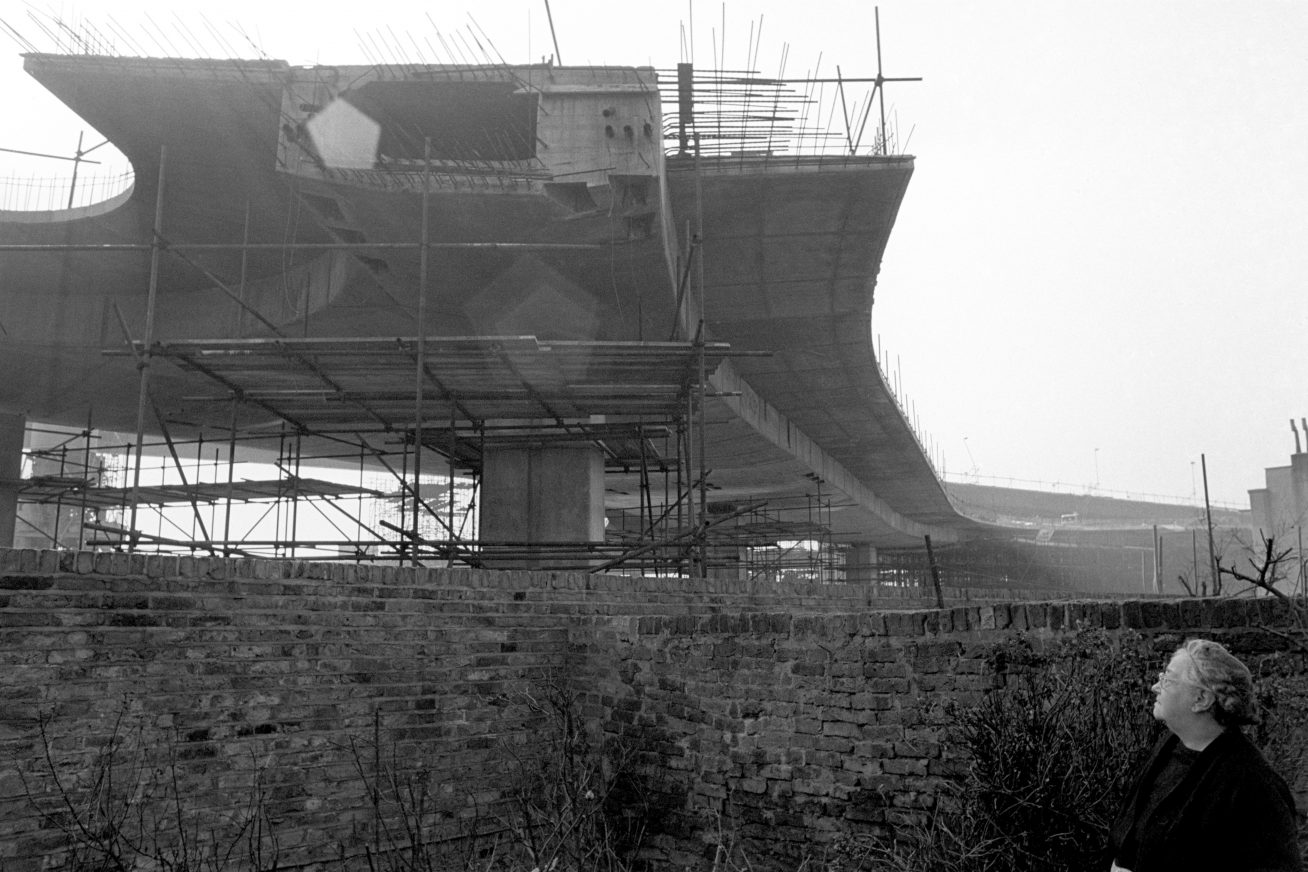 From Rachman to the WestwayNOTTING HILL

The trial ran for 55 days, but after only eight hours of jury deliberation, all of the Mangrove Nine were cleared of the main charge. Most significantly, the trial is believed to be the first in which the judiciary acknowledged evidence of “behaviour motivated by racial hatred” within the Metropolitan Police. The judge had found “evidence of racial hatred” on both sides, but the Metropolitan Police Commissioner requested that this comment be retracted. The judge refused.

Reflecting on that period today, Barbara said she “was and indeed am very proud to have been one of the Mangrove Nine, as it was such a groundbreaking case for black people and for the establishment”.

“Without doubt, the trial and our subsequent victory sent shockwaves throughout the Government,” she added. “But, more importantly, it demonstrated to black people that it was possible to take on a fight against police racism and harassment and to win. In my view, it was a truly defining moment for black people in Britain because it gave real meaning to the term Black Power, i.e. doing it for ourselves and winning, exposing the racism and the lies of the police and the courts system.”

Paul Trevor’s photo of Barbara with her son was never published.

Darcus Beese still remembers that the other hand he was holding, out of shot, was that of Mala Sen, the Indian-British writer and human rights activist who wrote India’s Bandit Queen: The True Story of Phoolan Devi (which led to the 1994 film Bandit Queen).

Mala Sen and her husband Farrukh Dhondy appear in several more of Trevor’s unpublished photos, and Barbara recalled taking part in this march in support of the Bengali community.

“As activists we worked with the-then emerging Bengali community in Tower Hamlets,” she said. “My good friend Mala was significant and instrumental in assisting that community to self organise and to resist the racism in that area of London.”

Barbara Beese and Altheia Jones-Lecointe are the last survivors of the Mangrove Nine. Frank Crichlow died in 2010, Darcus Howe in 2017, and Ian MacDonald QC in 2019.

What is the legacy of Barbara’s 50 years of activism?

“The impetus to continue the struggle has not gone away, as recently shown by the Black Lives Matter movement,” she explained. “We have to remain alert and active. There was a time when people were content to point to the election of Barack Obama as America’s first black President as proof that America had arrived at a post-racial upland. Nothing could be further from the truth. Witness America today. Within the UK, it is fair to say there is a direct thread linking the Black Lives Matter movement now and the Black Power movement of the 1970s”

To mark the 50th anniversary of the Mangrove Nine trial, the BBC will screen British filmmaker Steve McQueen’s dramatic representations of the black experience in the 1970s and 1980s. Small Axe is a series of five self-contained episodes, two of which focus on the Mangrove Restaurant and the Mangrove Trial.

McQueen is clear that the passage of time has done little to lessen the prejudice that people of colour still face: “I dedicate these films to George Floyd and all the other black people that have been murdered, seen or unseen, because of who they are, in the US, UK and elsewhere… If you are the big tree, we are the small axe. Black Lives Matter.”

Paul Trevor’s archive of previously unpublished images is the basis for forthcoming exhibition, Brick Lane 1978 – The Turning Point, a record of the protests sparked by racial discrimination