An Irish MEP who suggested Belarusian former presidential candidate Svetlana Tikhanovskaya might be a “pawn of Western neoliberalism” has a track record of defending the Kremlin and calling for the lifting of sanctions on Russia.

Mick Wallace is outspoken about human rights abuses all over the world, but primarily points to the United States and Europe as the culprits. He has also left a trail of financial chaos in his business and personal dealings. Wallace’s colleague Clare Daly in the Independents 4 Change group holds similar views on Russia.

Tikhanovskaya, who spoke to the foreign affairs committee of the European parliament in late August, is widely assumed to have won the presidential election on 9 August that has sparked mass protests against Alexander Lukashenko’s claim of victory. Tikhanovskaya herself was threatened by authorities and forced to flee to Lithuania. The EU plans to impose sanctions on Belarusian officials and the Baltic states have also sanctioned Lukashenko himself.

“The people of Belarus should be the ones to decide their future, but I suppose where we differ is as to how that happens,” Wallace said during the session with Tikhanovskaya. “But I’d like to ask her if there’s any truth in the rumour that she’s actually had a meeting with the US Deputy Secretary of State, with a view to so-called strengthening democracy because I’d like her to confirm or deny, as it would be worrying if she had… Western interference in Ukraine has led to more problems rather than solve them.” 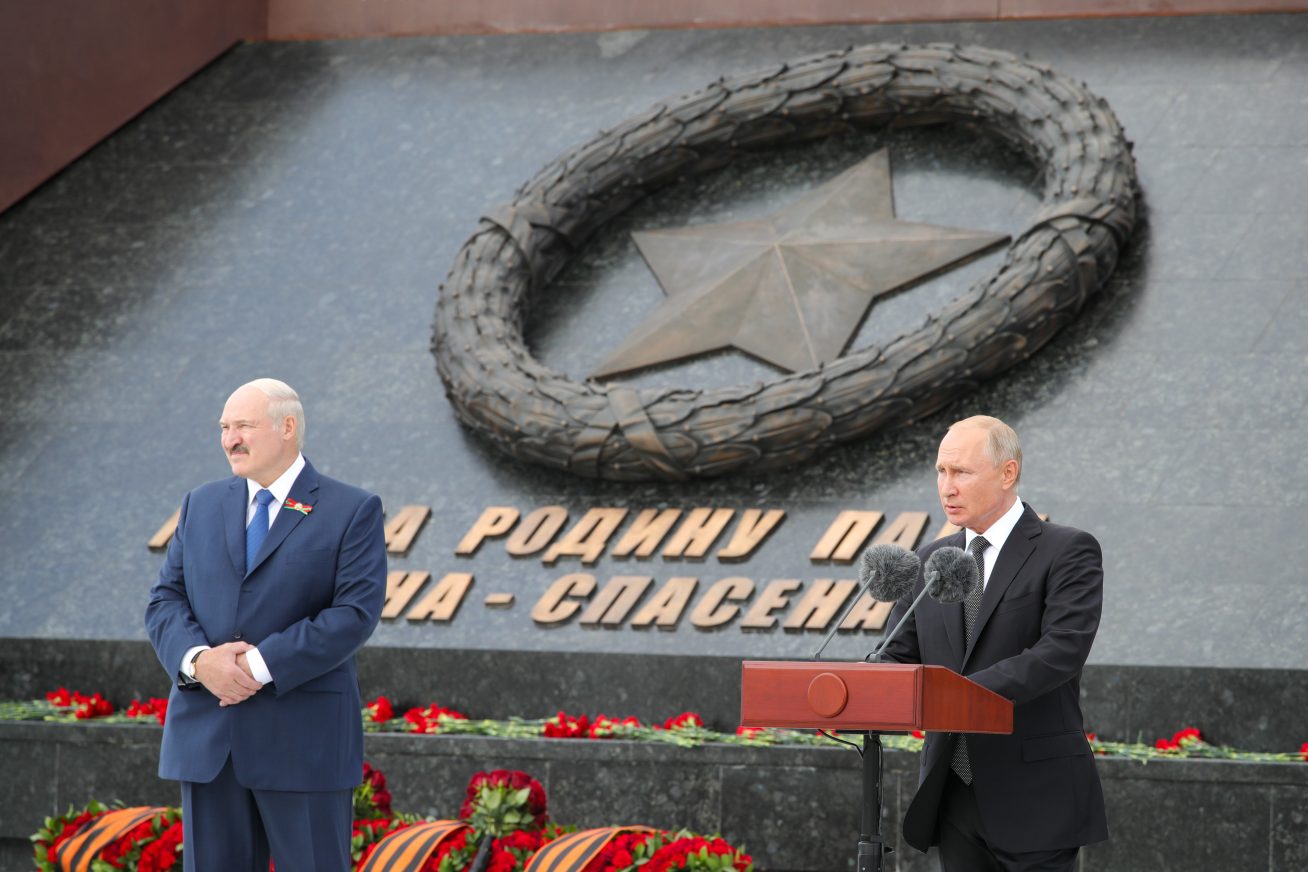 Belarus Are the Russians Coming?

Afterwards Wallace tweeted: “Belarus Presidential candidate Tikhanovskaya says they don’t want to favour Russia or US/EU but if she met with US deputy secretary of state that’s worrying, and she’s more likely to be a pawn of Western neoliberalism – which would be a disaster for the people of Belarus.” Tikhanovskaya reportedly met Deputy Secretary of State Stephen Biegun when he visited Lithuania on his way to Moscow.

In February, Wallace described Juan Guaido, the opposition leader recognised as interim president of Venezuela by the US and EU, as “an unelected gobshite” in comments at the European Parliament. In March he responded to an RT report on Russian coronavirus aid to Italy by tweeting: “Russian Military planes go to Italy with resources to fight #coronavirus while #US Military planes land in #Shannon on their way to destroy lives and communities – Virus is rampant in US, so why does our Government still allow US troops land? That’s not ‘doing all that it takes’.”

Calling for Lifting of Sanctions

In December 2019 Wallace tweeted, “The #EU uses Russia, who spend far less on Arms than Europe, as an excuse to increase the Militarization of Europe – Why don’t we lift the Sanctions and work for peace with Russia instead?” The tweet was accompanied by a video of himself addressing former Vice President of the European Commission Federica Mogherini in the European Parliament. “Madam Mogherini, you said that the eastern partnerships are not against anyone. Would you not admit US and European involvement in Ukraine has very much an anti-Russian element to it? I think it would be very hard to ignore that,” he said.

“Do you not think, if Russia was interfering in Canada or Mexico that there’d be serious tensions also with America? Do you not think that it’s about time Europe worked for peace with Russia?” Wallace continued. He neglected to mention that Russia has been interfering in Venezuela to prop up President Nicolás Maduro and interfered in the 2016 US presidential election in numerous ways. 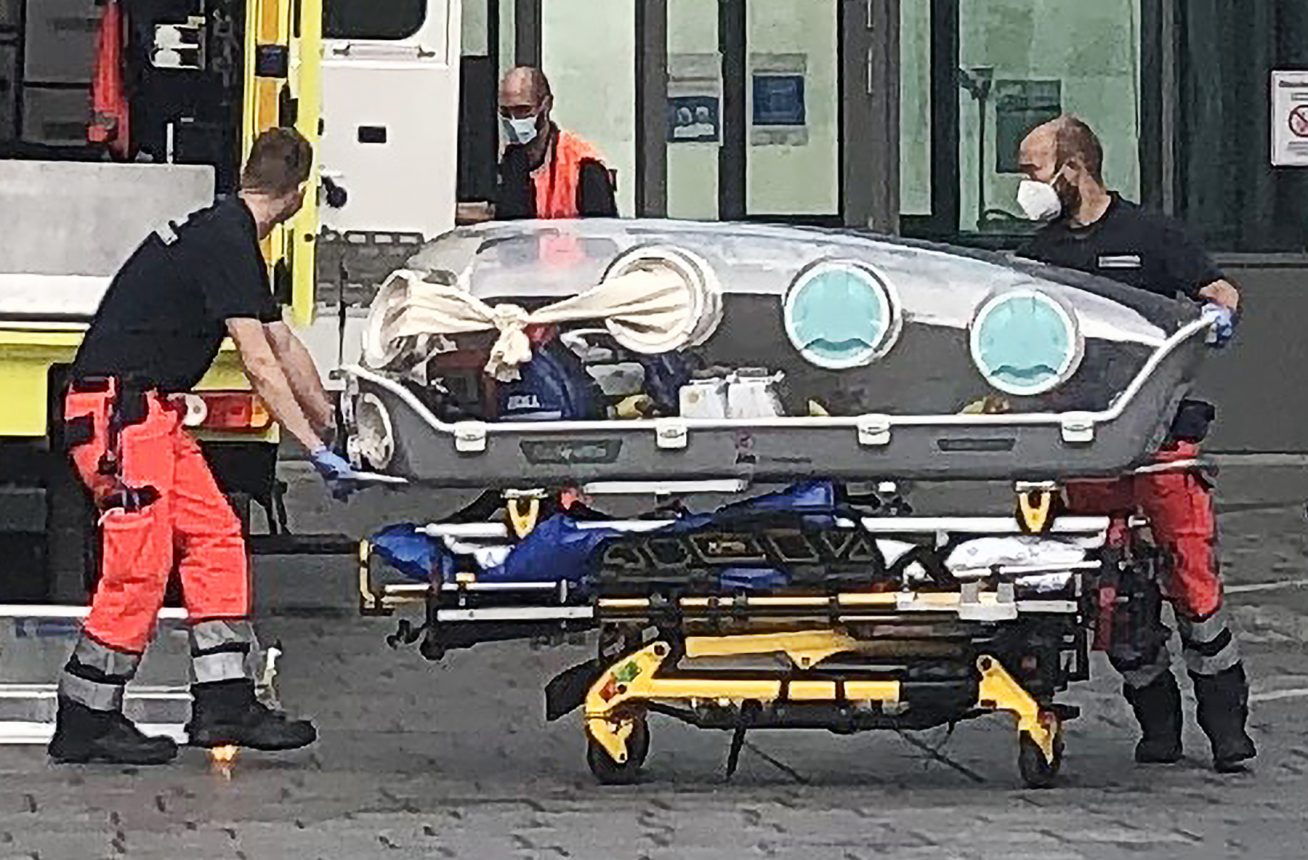 Wallace made the same point in October 2019 when he tweeted: “The US and NATO have been determined to get a stronger foothold in #Ukraine, right at Russia’s backdoor – not that they care about Ukraine. Imagine Russia looking for a foothold in Canada?” That tweet went with a video of Wallace talking about Ukraine in the European Parliament.

“In February 2014 Ukraine replaced its democratically-elected government with a strongly anti-Russian government. It wasn’t a revolution, it was a coup, it was organised by the US, as exposed by the taped phone conversations of Victoria Nuland, Obama’s central agent there at the time,” he said. Wallace praised President Volodymyr Zelensky for trying to bring about peace with Russia and said opposition to peace came from “neo-Nazi groups”. He said nothing about Russia’s annexation of Crimea or occupation of parts of Donbass.

The #EU uses Russia, who spend far less on Arms than Europe, as an excuse to increase the Militarization of Europe – Why don’t we lift the Sanctions and work for peace with Russia instead?

Before being elected to the European Parliament Wallace was a member of the Irish Dáil. On March 28, 2018, three weeks after the poisoning of Sergei and Yulia Skripal with Novichok in Salisbury, he gave a speech there in which he asked why the Irish government wasn’t more concerned about human rights abuses by the United States and other countries.

“Whoever attempted to poison the two individuals, it was an incredibly bad thing to do,” Wallace said. “But today there’s 130 children going to die in Yemen. Today. As they’re dying every day because of hunger and disease caused by the Saudi-UAE coalition with the help of the Americans. 130 children every day!” He questioned why Ireland was expelling a Russian diplomat in solidarity with the UK but not throwing out Israeli diplomats for the “genocide” in Palestine.

The video of Wallace’s speech on the Skripals on YouTube was praised in a comment by a well-known supporter of Syria’s President Bashar al-Assad, British blogger Vanessa Beeley, who wrote: “Thank you Deputy Wallace and thank god for Presidents Putin and Assad.”

Beeley writes regularly for RT, attacking the White Helmets and denying the use of chemical weapons by Assad. She called the Oscar-nominated film For Sama about civilians enduring the bombing of Aleppo a “propagandumentary” that “pushes Al Qaeda’s narrative”.

In 2012 Wallace made a seven-figure settlement with the Irish Revenue Commissioners for underpayment of VAT for his company MJ Wallace Ltd. He told an RTÉ radio programme in October 2012 that he once “threatened to hire a hitman to recover an IR£20,000 debt from a building firm.” Wallace was declared bankrupt in 2016 due to €2m in unpaid loans. In December 2019 he told a judge he would hand back the keys to his repossessed Dublin home to Allied Irish Mortgage Bank if he was allowed to spend Christmas there. He had previously threatened to burn the house down, according to the Irish Times. “I haven’t a fucking bean,” he commented in April 2019.

Clare Daly, a former Socialist Party member, was also an independent in the Dáil before being elected to the European Parliament in 2019. She and Wallace were arrested together at Shannon Airport in July 2014 for attempting to search planes they thought were being used by the US military. Daly appeared on George Galloway’s programme on RT, Sputnik Orbiting the World, in August 2019. She tweeted, “A pleasure to shoot the breeze with the excellent @georgegalloway about Ireland, neutrality, #Assange & god knows what else on @RT_com.”

Daly claimed in the European Parliament in December 2019 that the US requirement for Russia Today (RT) and Sputnik to register as foreign agents would harm independent journalists and citizen reporters in Russia because the Kremlin would take reciprocal action, and said that Maria Butina was jailed in the US “just for being Russian,” although she infiltrated the National Rifle Association and reported back to Alexander Torshin, a United Russia senator. “The sooner we stop this Russian scaremongering, seeing Russian agents everywhere, the better our societies will be, we need to engage in dialogue to move forward,” she said.

In December 2017 Daly proposed a Private Member’s motion in the Dáil calling for the lifting of EU sanctions on Syria. “What ensued was a shocking debate – followed two days later by a vote – that revealed not only the lengths to which Deputies Clare Daly and her colleague Mick Wallace are prepared to go to in order to minimise the crimes and atrocities of the Assad regime but also a willingness on the part of other Teachtaí Dála to row in behind Daly and Wallace on this issue,” the Irish Syria Solidarity Movement wrote on its website.

The bizarre blind spot that Wallace and Daly have on Russia and Syria is shared by many people on the left across Europe. Why they so vehemently oppose what they see as Western imperialism but fail to recognise Russian imperialism remains a mystery. Mick Wallace and Clare Daly were approached for comment.