Why Does the Media Turn a Blind Eye to Attacks in Gaza?

At the start of this month Hamas, the Palestinian group running the besieged Gaza Strip, announced that a deal had been struck to avoid further escalations with Israel after a four-week flare-up saw the territory subject to aerial bombardments and tank shelling on an almost daily basis.

Alternative media outlets such as Al Jazeera and Middle East Eye covered the heightened tensions throughout August, however you could be forgiven for realising there had been an escalation between the two sides due to an almost complete lack of coverage in the British press.

The Guardian ran a single article on 16 August titled, ‘Israel continues airstrikes on Gaza in retaliation for Hamas balloon bombs’. On 21 August, BBC News finally reported, ‘Israel warns of Gaza escalation over balloon and rocket attacks’. A day later, the Independent reported how the Gaza-Israel bombardment had entered its tenth day. Meanwhile The Times covered only the ceasefire agreement on 1 September, ‘Israel and Hamas agree ceasefire in Gaza’.

Ahmed Masoud, a Gazan writer, director and academic based in the UK, told the Palestian Solidarity Campaign (PSC) during last month’s violence: “In London, the news of the Israeli constant bombing last week was hardly reported. The BBC barely mentioned it and I suppose their rationale is that ‘it’s not like 2014’. As if Palestinians are only worthy of mentioning if hundreds or thousands die.” 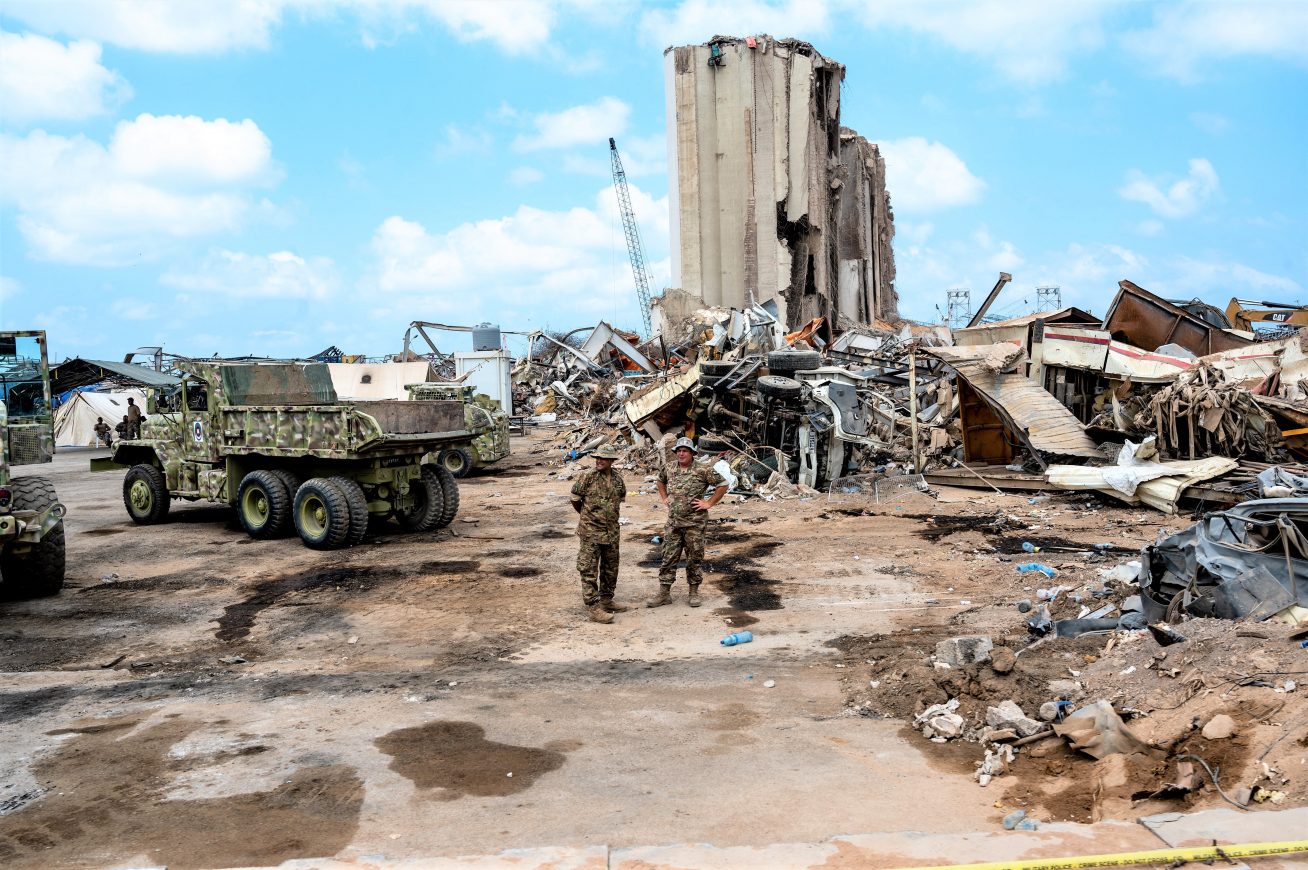 The Lebanese CiviliansFighting Corruption with Dignity

The 2014 attack killed more than 2,200 Palestinians in 51 days, nearly a quarter of whom were children. To mark the six-year anniversary last month, the PSC held 40 protests across the UK to protest the UK Government’s continued arming of Israel.

Hundreds took to the streets in dozens of towns and cities to call for an end to the UK’s complicity in Israel’s oppression of the Palestinian people, which has been documented by the Campaign Against Arms Trade. It estimates that the UK has licensed over £376 million worth of arms to Israel since 2015, including £98 million worth of aircraft, helicopters, and drones.

Ben Jamal, director of PSC, said: “The mainstream media’s consistent omission of Israeli assaults on the Gaza Strip is not new. Rather, it is symptomatic of a larger ongoing problem with a lack of representation of Palestinian voices, experiences and oppression in the media.

“The lack of coverage not only of these bombings, but of the day-to-day realities of Israel’s occupation of and siege on the Strip, are part of a process that centres the narratives of the occupier and marginalises the voices of indigenous Palestinians living the day-to-day consequences of Israel’s violent oppression.”

The Israel Lobby and Marginalised Voices

Evidence of how reporters positively spin stories about Israeli violence in Gaza was revealed after the November 2012 operation that killed around 200 Palestinians where Israel broke a ceasefire with Hamas.

Leaked emails published in 2013 show how a BBC News editor instructed reporters to word their stories in a way which does not blame or “put undue emphasis” on Israel for starting the prolonged attacks. Instead, he encouraged journalists to promote the Israeli Government line that the “offensive” was “aimed at ending rocket fire from Gaza”.

In March last year, the Balfour Project, a campaign group created by British citizens to raise awareness over Britain’s record in Palestine before and during its Mandate, hosted an event that discussed the media’s role in covering the conflict.

“You always come under particular pressure with [reporting on events in Israel and Palestine] because there is an intense and concerted Israeli media lobby – and there always was,” said Sarah Helm, a former foreign correspondent for the Independent.

“And that includes a very intense Israeli political lobby working at every single level, which there always was too – and that was no secret and nor would they make a secret of it.”

This pressure partly explains why the media fails to ask more difficult questions around why Israel holds the record for breaking United Nations resolutions violations, consistently blocks legitimate peace initiatives, and has created apartheid-like conditions as part of its 47-year illegal occupation of the Palestinian territories. 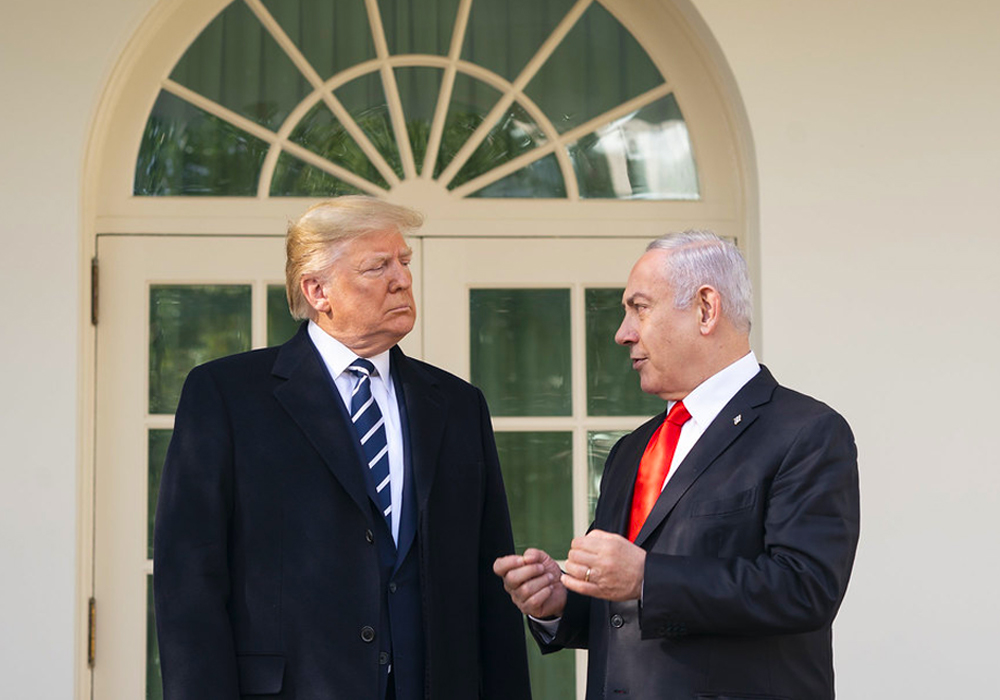 There is even less concern with how the Israeli Government continues to enforce discriminatory restrictions on Palestinians’ human rights, restricts the movement of people and goods into and out of the Gaza Strip, and facilitates the transfer of Israeli citizens to settlements in the occupied West Bank, an illegal practice under international humanitarian law.

Or how Israel and the US are basically the only nations in the world that continue to vote against an annual UN resolution on “Peaceful Settlement of the Question of Palestine”.

Dr Dina Matar, chair of the Centre for Palesitian Studies at SOAS, University of London, explained how the lack of coverage reflects the asymmetrical aspects of the situation and the ongoing conflict.

“While the question of asymmetry has often been used to discuss the power differences and the fact that Israel has the most sophisticated army in the Middle East, it also applies to asymmetric coverage when Palestinians are concerned,” she said.

Matar said it is only when Israelis are attacked that the mainstream Western media become interested and report the news to the rest of the world, and that one of the starkest issues in this ongoing situation are the ways in which Palestinians have increasingly become invisible.

She added: “This is quite dangerous and problematic because the invisibility of the Palestinians can become normalised in public discourse. The absence of any significant reporting of these attacks against Gaza again highlights the problems facing the marginalised and the oppressed.”