This has been a difficult summer for our semi-present Prime Minister.

The death toll and infection rate from COVID-19 may have levelled off, but nobody believes that we are out of the crisis yet and, with 2021 looking like a year of further chaos, economic misfortune and millions of job losses, Boris Johnson must be feeling miserable.

This was not how it was supposed to be.

After 30 years of plotting and planning his way to the top, Johnson grabbed the crown and he wanted to have fun. Do a bit of Churchill cosplay, Get Brexit Done, and then do the enjoyable stuff – like building unnecessary bridges to Ireland and pointless cable cars to the Moon.

Poor old Johnson can’t even go on holiday without the riff-raff wondering where he is. His comical excursion to Scotland ended with him fleeing his yurt, pursued by an angry farmer who hadn’t given him permission to put it up. Then there was the exam results fiasco, the angry kids and their furious parents, and the growing clamour of voices in the teaching world expressing fears about the risks inherent in sending children back to school when the pandemic is far from over.

Fortunately for him, Johnson knows a good distraction when he sees one and so the entirely confected furore around the Last Night of the Proms banning ‘Land of Hope and Glory’ and ‘Rule Britannia’ was like being handed a dead cat on an ornate tray.

So pity the poor students at a Castle Rock School, who were today obliged to sit quietly yawning while the Prime Minister stood before them and evoked a “mutant algorithm” as the root cause of the exams scandal in a speech that was supposed to make him look like he was in charge of everything. 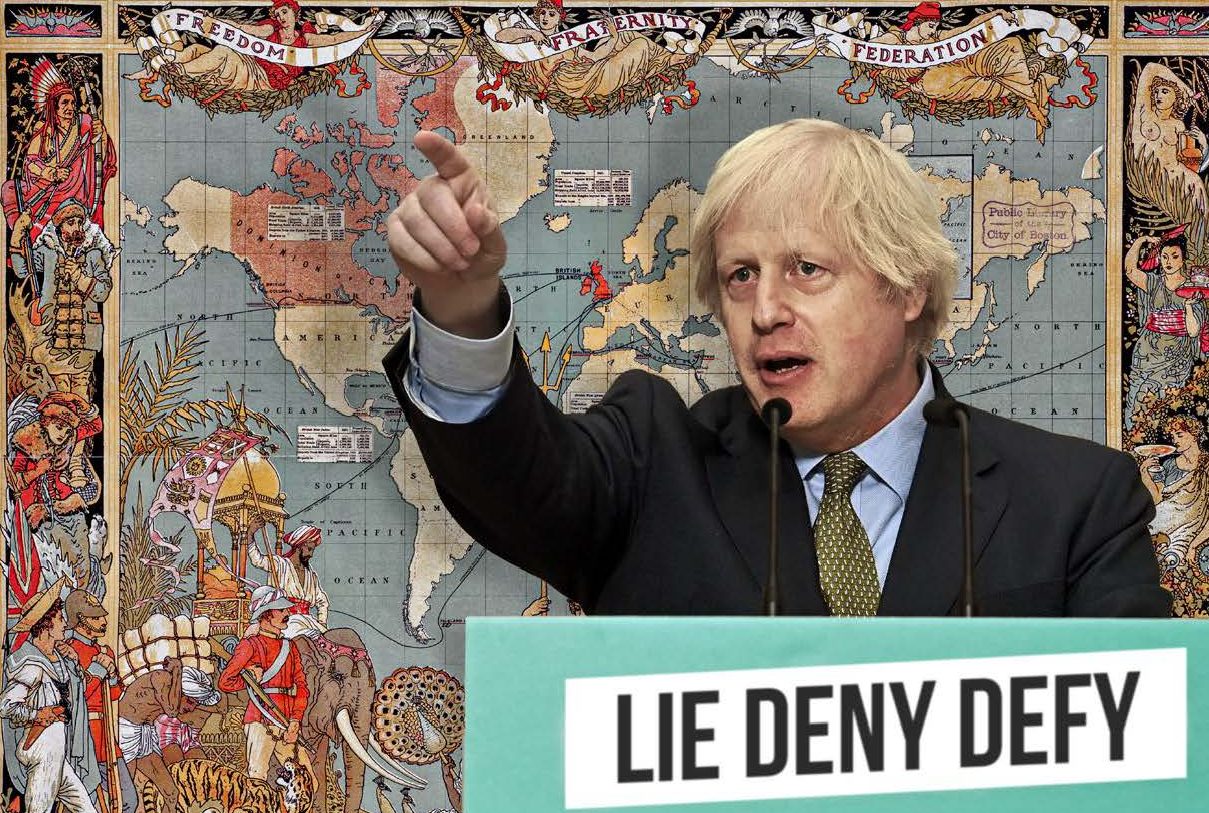 Nothing is ever Johnson’s fault and he was eager to impress this on his audience of bored-looking teens, dragged from their holidays to act as human furniture as he addressed the nation’s schools.

In amongst the waffle, he managed to slip in the Proms dead cat, informing the students that it was “politically acceptable” to sing ‘Rule Britannia’. Whether one should trust the judgement of an individual who once described black people as “piccaninnies” with “watermelon smiles” on such matters, is perhaps another matter.

But the real story was going on behind him.

A Backdrop for Boris

Was it just a coincidence or were the titles sending a message far clearer and sharper about the real state of this nation than our Prime Minister would ever be capable of delivering?

For behind his head, just to the left, was a book called Betrayed. To the right, was Roald Dahl’s The Twits –the story of shambolic, hideously ugly, vitriolic bullies who oppress the animals in their charge. Then there was The Subtle Knife by Philip Pullman – placed just behind his back – along with Ray Bradbury’s Fahrenheit 451, a dystopian novel about a society in which knowledge has been destroyed, the mass media controls the narrative, book-burning is common, and dissenting voices are banned. 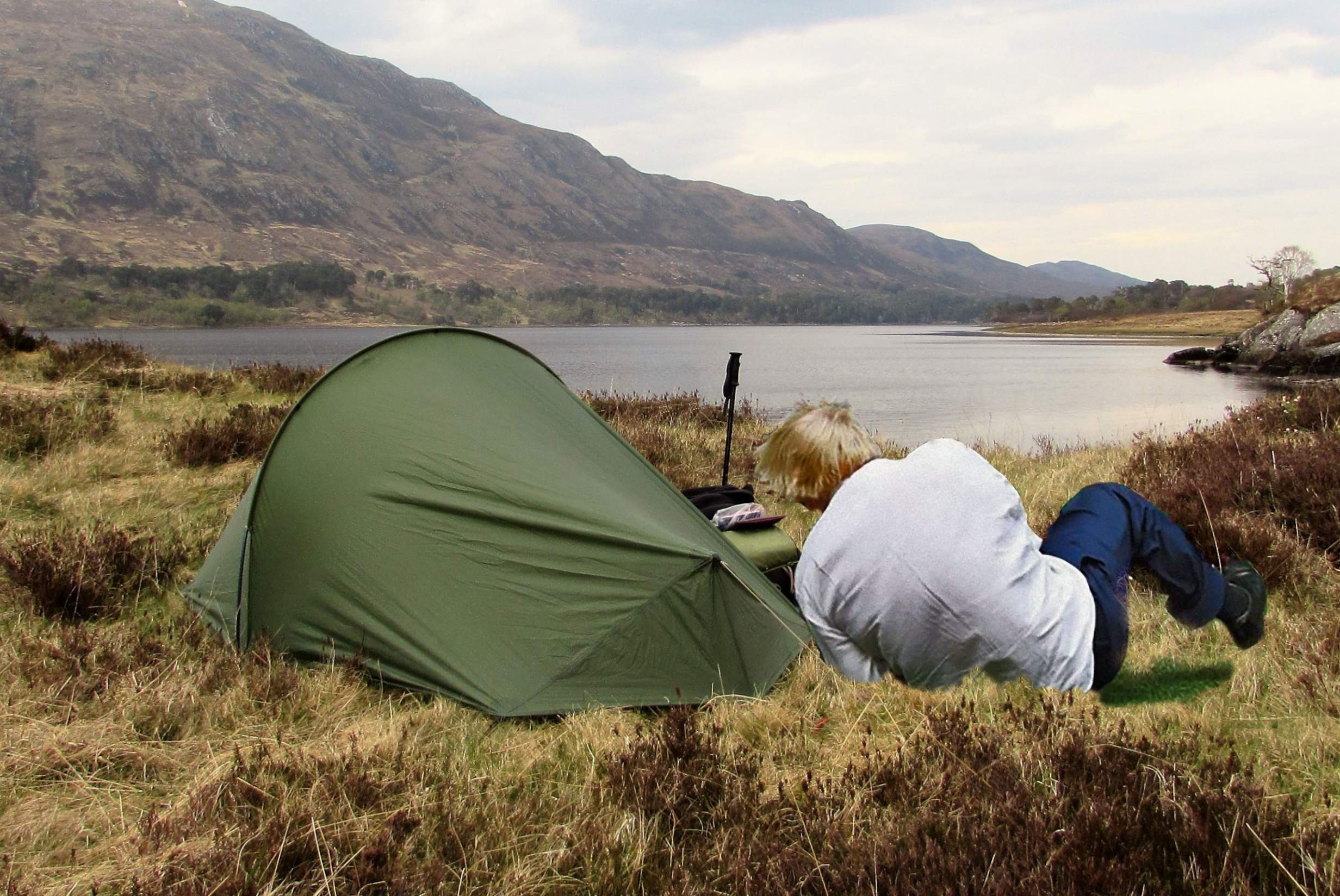 Terry Pratchett’s Guards! Guards! was also there. A fantasy novel, the eighth in his ‘Discworld’ series, it is about a secret cult which overthrows a king and installs a puppet ruler before literally creating a monster which it then seeks to destroy so it can look like it has have saved the people. A clearer Brexit metaphor would be hard to find.

Another dystopian novel The Toll about dictators and prophets was also visible, along with the Charles Dickens classic Oliver Twist – which kind of speaks for itself.

Our children deserve more. And perhaps someone at the school, realising that, took a moment to send a quiet message of defiance from the library shelves even as the pompous Prime Minister spouted his gibberish and invoked his dead felines.

Of course, it could all just be a remarkable coincidence. But, either-way: I salute your coincidence.