As a new parliamentary report accuses the city’s police force of humanitarian and human rights abuses, calls continue for the UK Government to take a tougher stance towards Beijing

Hong Kong’s once-respected police force violently attacked and unlawfully arrested medical workers during the protests of 2019, according to a damning report released by a British parliamentary group.

It states that the Hong Kong Police Force is guilty of a raft of humanitarian and human rights law violations including firing pepper spray and rubber bullets at first aiders, purposely preventing them from treating wounded protestors, and even interfering with patients in hospital.

In one protest, social workers described being pepper-sprayed and hit with a water cannon as they urged officers to show restraint. At another particularly violent protest outside the Hong Kong Polytechnic University, first aiders said that they were detained by the police and handcuffed with zip-cords behind their backs to prevent them helping the injured.

The UK’s All-Party Parliamentary Group (APPG) on Hong Kong said that, along with breaking international humanitarian law and human rights law, police actions went against the Sino-British Joint Declaration – a treaty signed by the UK and China to guarantee Hong Kong a degree of autonomy from Beijing until 2047 when Britain handed back its former colony to Beijing in 1997.

The APPG’s findings are in stark contrast to a report published by Hong Kong’s own police watchdog in May which absolved the force of any wrongdoing. It claimed that the force’s actions were justified “for protection of themselves and others”. It was a conclusion which sparked outrage among Hong Kong’s residents who had lodged more than 1,700 complaints about police conduct. 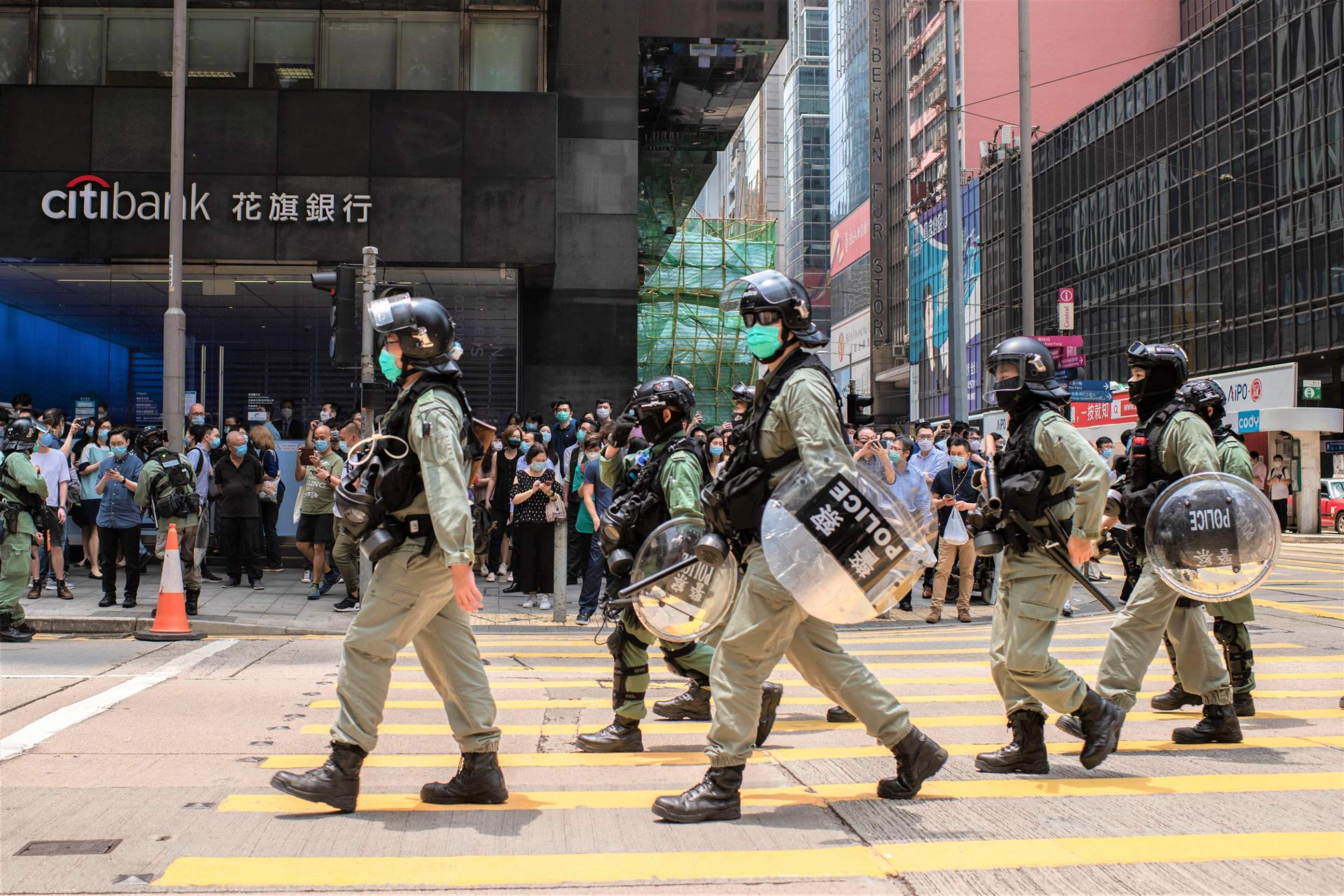 Rights groups such as Amnesty International have been urging the city’s Government to agree to a full, independent investigation into the police force.

Nicholas Bequelin, Amnesty International’s regional director, has said that the police complaints system is “not fit for purpose” and accused the force of “reckless and indiscriminate tactics” as well as torture. The UN High Commissioner for Human Rights has also called for an “effective, prompt, independent and impartial investigation”.

At the launch of the APPG’s report, its chair Baroness Bennett suggested that the UK impose sanctions against those responsible for the abuses including Hong Kong’s Chief Executive Carrie Lam.

“It is indisputable that the Hong Kong Police Force has breached the Sino-British Joint Declaration, international human rights laws and international humanitarian laws,” she said. “The actions of the police impeded the medical treatment of those who were in need and of the general population. Crucially, we suggest that the UK Government should impose sanctions on those responsible for these abuses, including Chief Executive Carrie Lam.”

Liberal Democrat MP Alistair Carmichael, the group’s co-chair, added that the report’s findings show the idea of “policing by consent” has been lost in Hong Kong.

“Life in Hong Kong is no longer the life that so many people in this country have known and understand,” he said. “That change is something that needs to be clearly understood. We have to execute our historical and moral duty to the people of Hong Kong.”

The UK has pushed back against Beijing’s domination of Hong Kong by offering up to three million of the city’s residents the chance to obtain British citizenship.

This would allow around 350,000 UK passport holders, and 2.6 million others who hold a British National Overseas (BNO) passport to come to the UK for five years, after which time they would have the right to apply for citizenship. The UK Government has also suspended an extradition treaty with the city, allowing exiled dissidents to make the move safely.

Foreign secretary Dominic Raab has come under pressure to add China to the list of countries the UK will hit first with Magnitsky-style sanctions, which target overseas officials accused of human rights abuses and involvement in crime. Raab said that plans for future sanctions are being drawn up but that he would not “pre-empt or pre-judge further designations now”.

However, it is unclear how seriously Beijing will take the threat.

The US Treasury chose to implement sanctions against Lam and other senior officials for supporting the controversial National Security Law imposed by Beijing on Hong Kong earlier this year. Conservative MP Iain Duncan Smith has suggested that the UK follows in the US’ footsteps. But shortly after the sanctions were announced by the US, the head of China’s Hong Kong Liaison Office and most senior Chinese figure in Hong Kong, Luo Huining, publicly ridiculed them. He said being put on the sanctions list “just means that I have done what I should do for the nation and Hong Kong”.

The European Union has also levelled sanctions against Hong Kong, including limiting the kind of equipment that arms companies can export to the city for repression. But, China’s state-backed tabloid the Global Times branded the move a “symbolic gesture” that will “have a very limited impact on Hong Kong or the Chinese mainland”. 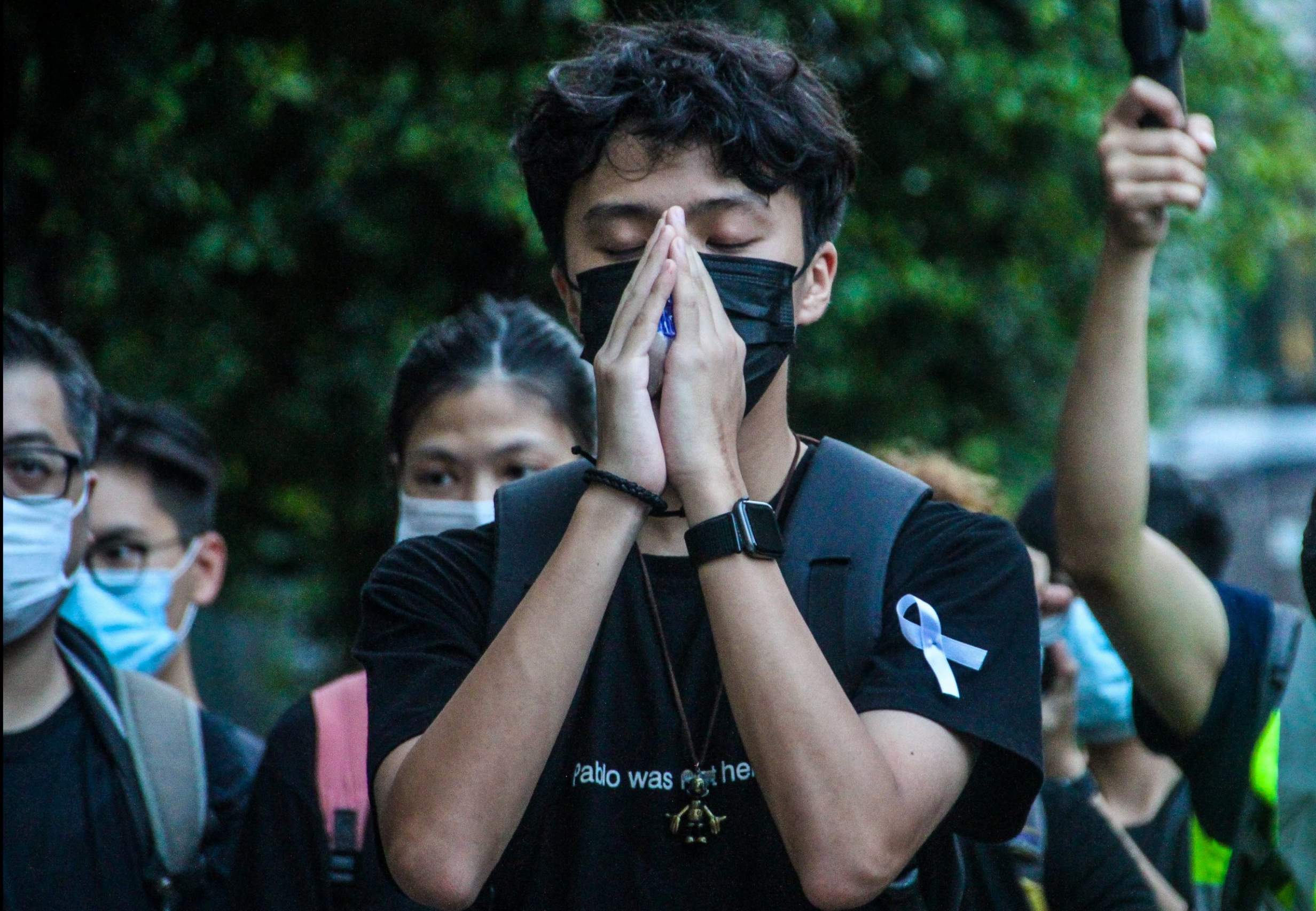 A British Route to Freedom for Hong Kongers?

Beijing overruled Hong Kong’s autonomy and forced the National Security Law onto the city in early 2020, after nearly a year of protests which resulted in some of the city’s streets resembling war zones.

Chinese Communist Party leaders claim that the law protects Hong Kong’s freedoms but, in reality, it has done the opposite. In just weeks, the city was transformed from being a semi-democratic society to an authoritarian one, with pro-democracy politicians suspended from elections, protestors arrested, newspaper offices raided, journalists arrested and even the city’s most popular political satire show being forced off the air.

She added: “Concerned governments should respond by publicly denouncing the National Security Law, providing safe haven to Hong Kong people, and refusing to cooperate with the law’s applications abroad.”