Tommy Walker speaks to pro-democracy protestors in Hong Kong about their future in the city, following the imposition of China’s draconian national security law

The tone of online conversation has changed within Hong Kong in the past few weeks. Previously used as a way of showing support for the pro-democracy movement, many citizens are now fearful that their social media posts will be held against them.

At the end of June, Beijing imposed a national security law on Hong Kong, prohibiting acts of “secession, subversion, terrorism and foreign interference”. The law is broad and its interpretations decided by the Chinese Government – which is what locals fear most.

Ashley, 27, owns a tour company. She says that Beijing’s tightening control over Hong Kong is the main reason she is looking to leave the country.

“I have to think twice before I say or do something,” she told Byline Times. “It feels like they can put you in jail for the smallest things. The new law is like a blank canvas, where they can make whatever you do into a crime.”

Hong Kong currently operates according to a ‘one country, two systems’ agreement – settled during the 1997 handover of the island by the UK to China – which allows the city a “high degree of autonomy” in its affairs until 2047.

Critics have labelled the new security law – which has been active since 30 June and allows Beijing to bypass local laws – as the “end of Hong Kong”.

This interpretation is seemingly shared by the UK. The day after the Chinese Communist Party (CCP) passed the law, Prime Minister Boris Johnson said that the country would be open to Hong Kong’s residents via the British National Overseas passport. Nearly three million citizens are eligible for the BNOP, which would allow its holders to move to the UK visa-free for five years, followed by a route to citizenship thereafter.

E, 28, was born and raised in Hong Kong but spent 11 years in the UK before moving back to her home city in 2017. She made the decision to move back to the UK on 1 July, when Johnson announced the offer.

She told Byline Times: “It would be a burden to have once had the privilege of freedom and diversity, to then suddenly be forced to zip my mouth in order to live a normal life. I could hardly imagine myself getting used to that.”

Nearly 200,000 Hong Kong citizens are set to move to the UK via the scheme, according to the Financial Times.

During the city-wide protests that have unfolded over the past year, many student protestors have made up the numbers – often battling against the Hong Kong Police.

Vic, 17, was born in Hong Kong but is on the verge of leaving the city on the encouragement of his family.

“They have experienced the Cultural Revolution here before and they believe the suppression will increase with the national security law,” he said.

Vic has aspirations of becoming a journalist and said that he is considering moving to the UK or Taiwan because staying in Hong Kong would mean constantly avoiding “touching the redline”.

For citizens who may choose to move to the UK, the BNOP offer is currently only applicable to those born after 1997 – leaving many of the frontline protestors vulnerable. The Home Secretary Priti Patel recently told Parliament’s Home Affairs Committee that she is actively looking at offering a further path to citizenship for those Hong Kong citizens born before 1997, who are between 18 and 23 years old.

Arrests of teenagers haven’t been uncommon during the past 13 months of unrest in the city.

Mm, 15, was told by police that he was ‘marked’ because of a previous arrest.

He told Byline Times: “I have been arrested before. Plain clothes police arrested me during a demonstration and charged me on illegal assembly. Because I was arrested after the national security law came into effect, I don’t know if they will convict me under the law. I’m worried, I fear dying in the hands of the Chinese Communist Party (CCP).”

“Those kids need it the most,” he said, after calling Britain’s BNOP offer “the greatest sanction against China”. 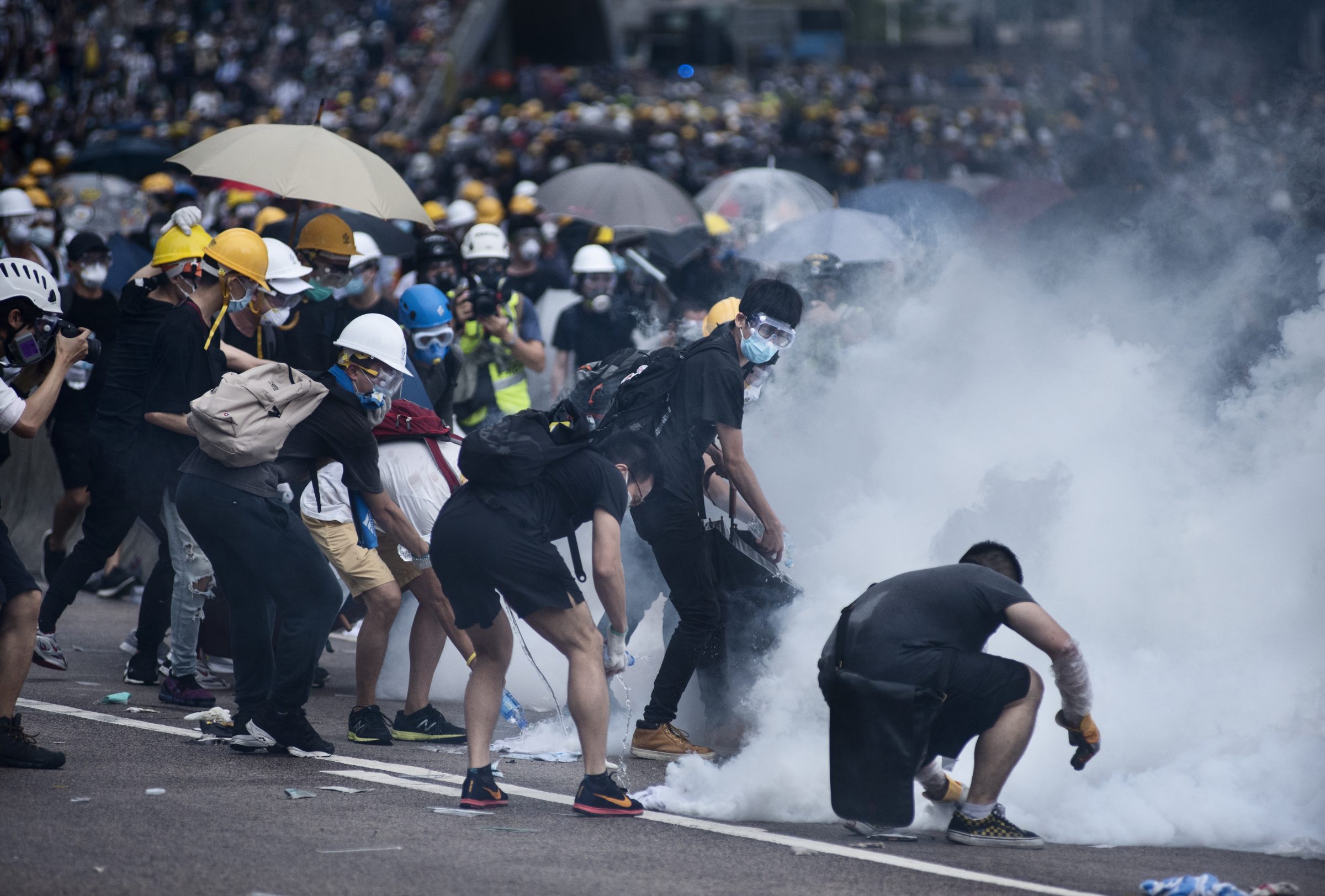 But it is not only the young who are looking for a way out of Hong Kong.

Alice, 40, who works in advertising, has been using her BNOP for years.

She said: “If I was 10-20 years younger, I would choose to move to the UK. But since I don’t have kids, I’m considering going to Bangkok. I have been anti-communist since 1984 [on the day Britain signed the handover agreement].

“My family are mostly blue [pro-Beijing], but I don’t care what they think. The Chinese Communist Party is so powerful and crazy – they have destroyed Hong Kong.”

Some names have been changed