Rwanda Will No Longer Take Congolese Refugees, as UK Vows to Deport Migrants to the Country

Sian Norris reports as Kigali declares it will not welcome refugees from the Democratic Republic of the Congo, undermining claims it is a safe country to deport migrant people

The Rwandan Government has announced it will no longer accept refugees from the Democratic Republic of the Congo (DRC), undermining the country’s human rights credentials as the Conservative Party presses on with plans to deport people to the East African country.

The United Nations Refugee Agency states that a refugee seeking protection must not be prevented from entering a country, raising questions as to the legality of the announcement.

The news comes as the UK Government continues to pursue plans to deport migrant people arriving in the UK via irregular routes to Rwanda, where they are expected to claim asylum. The controversial deal, signed in April last year, has faced legal challenges.

Now, this latest move from the Rwandan Government raises concerns about the country’s human rights record, as Prime Minister Rishi Sunak says he will ensure the plan to deport migrant people to Rwanda works. Byline Times has previously reported how 13 Congolese refugees were shot dead during clashes with police in 2018.

Clare Moseley, founder of Care4Calais, told Byline Times: “We continue to have serious concerns over whether refugees who the UK might send to Rwanda would be safe there. If the Rwandan Government is now failing to provide protection to other refugees who are in great need this only deepens our concerns”.

The decision means that while Rwanda declares refugees from the DRC a “burden”, it plans to accept people forcibly deported from the UK, including those seeking asylum from countries with few cultural or societal ties to the region such as Iran and Afghanistan.

In the first three quarters of 2022, a total of 23 people sought asylum from the DRC in the UK. It is not clear whether they – had they arrived via irregular routes – would be protected from deportation to Rwanda. The Government confirmed to Byline Times that a thorough assessment will be undertaken to ensure that no one would be transferred there if it was not safe for them.

A Home Office spokesperson said: “Our ground-breaking Migration Partnership will see those who make dangerous and illegal journeys to the UK relocated to Rwanda, where they will be supported to build new lives.

“Our thorough assessment of Rwanda found that it is a safe and secure country with a track record of supporting asylum seekers. The Court recently upheld this and found that our policy is lawful. We remain committed to delivering this policy to break the business model of people smuggling gangs and prevent further loss of life”.

James Wilson, Deputy Director of Detention Action, told Byline Times: “Kagame’s most recent public statement denouncing refugee protection for DRC migrants is a clear indication that all refugees removed from the UK to a Kagame regime would face a real risk of oppression and persecution.

“The UK Government’s silence is complicit in enacting state torture to refugees they should be protecting. Not only is this a threat to refugee rights and protection but a clear indication of an unworkable UK and Rwanda agreement which cannot guarantee protection or just treatment to those who seek asylum under this abhorrent scheme.” 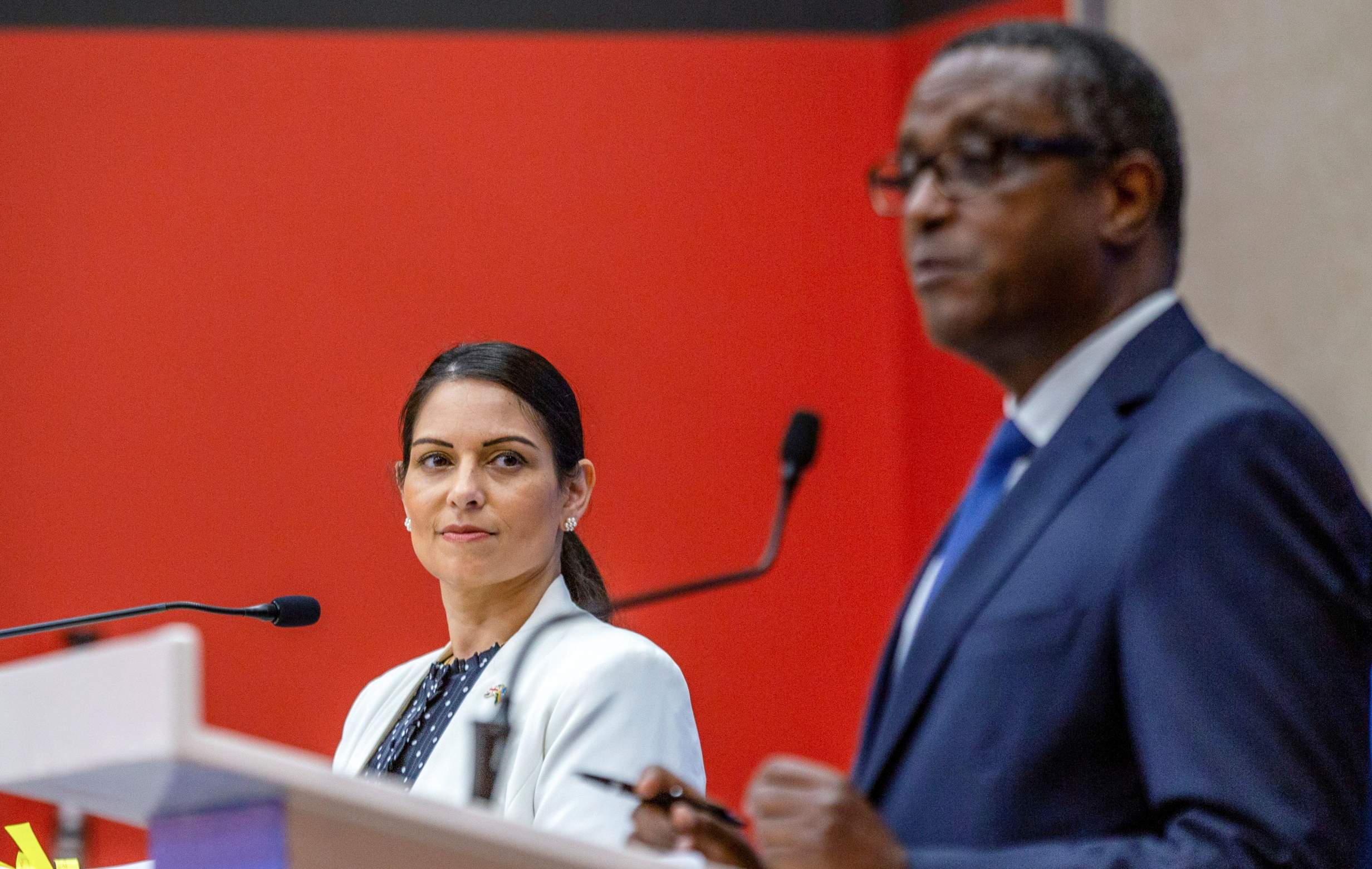 Violence Across the Border

One of the major causes of violence in the DRC is the M23 militia, a Tutsi-led movement which was created and commanded by Rwanda, according to a UN report. Kagame is a Tutsi and the ethnic group was the target of the 1994 Rwanda genocide where 800,000 were murdered.

However, a report mandated by the United Nations accused the Rwandan army of having conducted military operations in eastern Congo and of having provided “arms, ammunition and uniforms” to the M23 rebellion. Kigali denies the allegations, while M23 has accused Congolese forces of breaking a ceasefire.

The UN has blamed M23 for a massacre in the DRC during November 2022, where 131 people were arbitrarily executed. Homes were looted and burnt to the ground with families trapped inside. Those who could escape fled into the bush and, from there, to the border. Rwanda has said the DRC is “fabricating” the massacre.

As early as 2012, M23 was accused of committing war crimes by Human Rights Watch – including rape, forced recruitment, and summary executions of adults and children. A decade on, and little has changed.

The US, France and Germany have all criticised Rwanda’s Government for its alleged association with the militia. The French Foreign Ministry has condemned “Rwanda’s support to the M23 group”, while a German official tweeted that Rwanda should “immediately cease” its backing of M23.

“We are witnessing the return of a tragic situation in the east of the DRC,” said Chrysoula Zacharopoulou, the French Secretary of State for Foreign Affairs, last month. “There are responsibilities and France has no difficulty in pointing them out … the M23 must stop fighting, disengage and return the occupied territories. Rwanda, as it must be [explicitly] named, must stop supporting the M23. We must put an end to the repetition of history in this region”.

M23 has since withdrawn from the Congolese city of Goma.

United States Secretary of State Anthony Blinken has said that Rwanda must “use its influence on the M23 to encourage it and to make things advance”.

The UK Government, however, has remained silent in the wake of autumn’s violence, perhaps concerned that Rwanda’s alleged support for the militia, which is creating thousands of refugees, undermines claims the country is a safe country for migrants to be sent from the UK. It has contributed £500,000 to African-led mediation efforts in Nairobi.

Rwanda has dismissed M23 as “Congo’s problem”. It said that “attempting to manage complex situations by simply repeating and amplifying false allegations of the [Congolese] Government cannot lead to solutions”.

Last year, the Foreign, Commonwealth and Development office updated its entry on Rwanda in its Human Rights and Democracy Report, removing previous concerns about threats to freedom of expression, and protections from torture.

A Government spokesperson told Byline Times that “The UK is working with Rwanda to help its development into a democratic, prosperous country, with good governance and respect for human rights. Our cooperation with Rwanda means we can discuss shared concerns, including restrictions on political opposition, civil society and media freedom”.

It added that Rwanda was not a human rights priority country and that the report mentions many countries, not just priority nations.

Tim Naor Hilton, Chief Executive of Refugee Action, told Byline Times: “It’s inhumane to deport people who come here to seek sanctuary – but sending them to a country whose Government is hostile to refugees recklessly endangers their safety. Ministers must drop the hostility and create a refugee protection system that’s accessible through safe routes, is compassionate, and works for everyone”.