Deaths in Care ‘How Can You Move On if there’s No Accountability?’

A couple whose disabled foster son died unexpectedly while in specialist rehabilitation care has launched a new legal fight for answers, five years after his death.

Five-year-old Connor Wellsted died in May 2017 after being trapped by a loose cot bumper at brain injury charity The Children’s Trust in Tadworth, Surrey.

His foster parents Shazia Noor and Barbara Harriott have launched a case against the trust under the Human Rights Act 1998.

They claim it infringed their rights as indirect victims when Connor’s rights were breached. Their case relates to the right to life, respect for private and family life and protection from discrimination.

Noor and Harriott also say the charity has not offered a meaningful apology or accepted responsibility for its role in Connor’s death. A spokesman for the trust says it “cannot comment any further at this stage”.

An inquest earlier this year made headlines when the coroner, giving a narrative ruling, criticised the trust for issues including a failure to properly investigate the death. However, what commands less attention is the enduring onus on bereaved families and carers to continue seeking answers.

Who Will Care for the Carers LeftWithout Government Support? 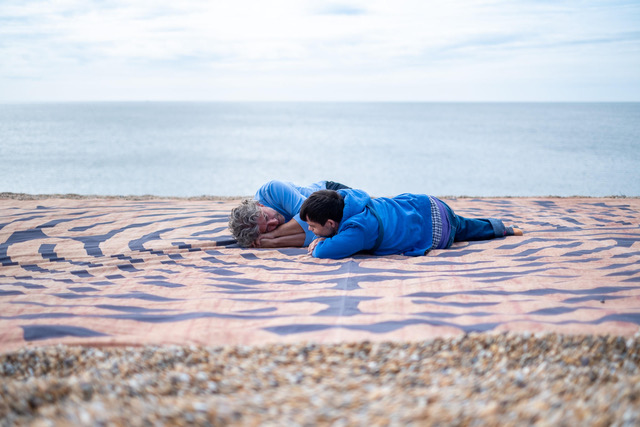 “Your life goes on around the loss that’s there all the time – you’re going through the process of living,” Noor says. “There’s a psychological impact in the harm caused by organisations not being transparent and how this seems to be ongoing. You lose trust in those you should trust. The inquest was a fact-finding exercise; people weren’t held to account. How can you move on if there’s no accountability or full apology?”

Connor – who had neurodisabilities, global development delay and was tube-fed – had lived with his permanent foster parents in Sheffield since he was six months old. A sociable, happy child, he used sign language, could say some words, was a fan of children’s television show Paw Patrol and loved his special school in Sheffield.

“Connor had so much energy,” Noor says. “From the moment he woke up, he was on the go, he’d sign for you to put on the radio and he’d make you laugh – he was larger than life. He’d started asking people’s names, so he’d sign ‘name what’ when he met someone new.”

Connor had contact with his birth parents. His father Chris Wellsted described him as “very loving, very caring and very sociable”.

Having had a positive stay at The Children’s Trust in 2014, Connor began what should have been a second visit on 18 April 2017, this time for six weeks of intensive neuro-rehabilitation. One foster parent would stay with him during the day and then overnight, without suitable accommodation for families, staff would care for him.

At inquest was opened and then adjourned in 2018 so the coroner could hear further evidence. At the final inquest four years later – in March this year – the coroner found that Connor’s death was caused by a 2kg cot bumper coming loose from his cot and compressing his neck.

Dr Karen Henderson, assistant coroner for Surrey, found the cot had not been properly maintained, that there was no service history and no process to ensure that bumpers were properly and safely attached.

In May, the coroner sent a prevention of future deaths report (issued if coroners believe action is needed to prevent further deaths) to agencies including NHS England, health and social care regulator the Care Quality Commission (CQC) and the Health Secretary.

The coroner’s report stated the trust “failed to properly secure the cot bumper appropriately and in so doing failed to keep Connor safe in his cot”. It criticised how the trust dealt with Connor’s death, including the subsequent investigation and the lack of transparency.

So far, Noor has contacted 20 separate public sector agencies to push for scrutiny and further investigation, including the Department of Health and Social Care and three health secretaries appointed since the prevention of future deaths report in May.

Noor says some, like the Parliamentary and Health Service Ombudsman, are making further enquiries and she is awaiting full responses from others. She has approached the CQC for further scrutiny and was told it is restricted by time limits for action.

Charlotte Haworth Hird, a partner at Bhatt Murphy Solicitors, which is acting for Noor and Harriott in the human rights claim, says that “Connor’s foster parents have been pushed to a place where they have felt that they had no option but to issue a claim”.

“It took them over five years to find out the truth about how Connor died yet they are still left feeling that there has been no real sense of justice,” she says. “They feel that it is their duty to Connor to pursue this because The Children’s Trust hasn’t taken any responsibility for Connor’s death or provided any meaningful apology.

“It’s unfortunately not unusual in my experience that the bereaved have to fight for such answers and accountability. If there was greater transparency and openness immediately after an unexpected death in care, perhaps families wouldn’t find themselves in this situation.”

George Julian, an open justice journalist specialising in reporting on inquests and care failures, wrote about Connor’s death after his inquest. She says his case is “a reflection of how too many disabled people die premature, preventable deaths”.

The reason? “A systemic apathy and an absence of curiosity… All too often, bereaved people are left fighting for answers and trying to piece together what happened to their loved ones”.

Julian adds that, while state or third sector organisations use public money or reserves to pay for lawyers, the bereaved are rarely eligible for legal aid so legal representation is difficult.

Connor’s foster parents had pro bono legal support at the inquest from charity Action Against Medical Accidents, which Noor says was invaluable. She and Harriott are funding the current case themselves.

Bogged Down with the EternalFight for the Perfect Convenience 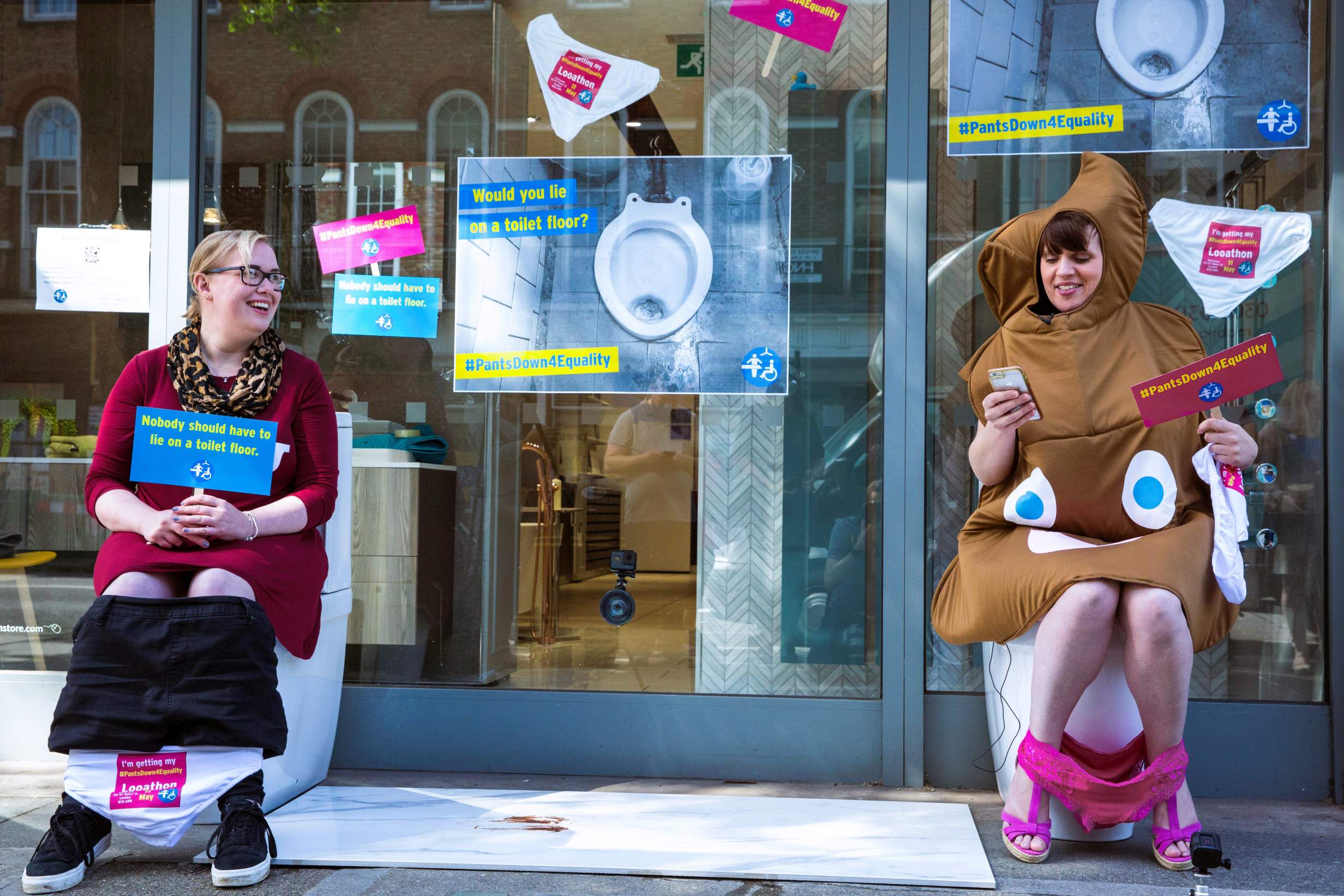 What could help the bereaved in such situations, as campaigners have long argued, is automatic non-means-tested legal aid and more public reporting of cases. These are among the policy recommendations from charity Inquest.

A spokesman for The Children’s Trust – which received an overall ‘excellent’ rating in its last CQC inspection in June 2021 – said: “As The Children’s Trust are currently working with solicitors in relation to this claim, we cannot comment any further at this stage, other than to reiterate that our thoughts remain with Connor’s family.”

Connor’s family and friends had aspirations for his future and remain haunted by this lost potential.

“If Connor could have said what he wanted to do, he’d have said football,” she says. “He was football mad, he’d raise his arms up and shout ‘goal’ when we watched a match and he was determined to kick a ball. One of the dreams we had for him was that he’d be able to play more football.” Connor’s favourite team was Sheffield United.

In pursuing answers, Noor and Harriott are driven by an obligation to their foster child: “Connor was loved by his family and friends. So you can be in a dark place of negativity and feel such despair, but you hold onto fighting – giving up would be like giving up on Connor. He mattered.”

Saba Salman is the editor of ‘Made Possible: Stories of Success by People with Learning Disabilities – In their Own Words’ and the chair of the charity Sibs, which supports the siblings of disabled children and adults