The Myth of Russian Separatists In the Donbas

As Putin announces plans to annex more Ukrainian territory, Paul Niland exposes one of the most persistent Russian propaganda ploys which tries to turn victim into perpetrator

Ukraine’s recent stunning battleground successes have led to panicked calls from the proxy leaders of the ‘Donetsk People’s Republic’ (DNR) and ‘Luhansk People’s Republic’ (LNR) to have these territories incorporated into the Russian Federation. On the eve of Vladimir Putin’s all-out invasion of Ukraine he decreed that these manufactured entities were to be considered ‘independent’. That was 210 days ago. Let’s look at what they are, how they are managed, and who they were created by.

The most common description, applied almost universally by the media, is that these are territories controlled by “Russian-backed separatists”. Had more attention been paid to Ukrainian voices since 2014 nobody in the media would be using phrases like “Russian-backed separatists” who are and were always a fabrication from Moscow. Here are some facts.

They Came from Moscow

Ground zero of the war, the first place where armed hostilities began in Ukraine’s eastern provinces was Slovyansk. What happened there serves as a prime example that the war was not an organic local uprising because that city was taken by Russian forces led by Muscovite Igor Girkin, nom du Guerre “Strelkov”.

After Strelkov’s forces retreated from Slovyansk to the capital of the province, the city of Donetsk, Slovyansk once again came under Ukrainian government control. It has existed as such, peacefully, until it became threatened again by this 2022 wave of Russia’s war. This single example of this single city is enough to show that the war was not locally inspired, but imposed from outside. 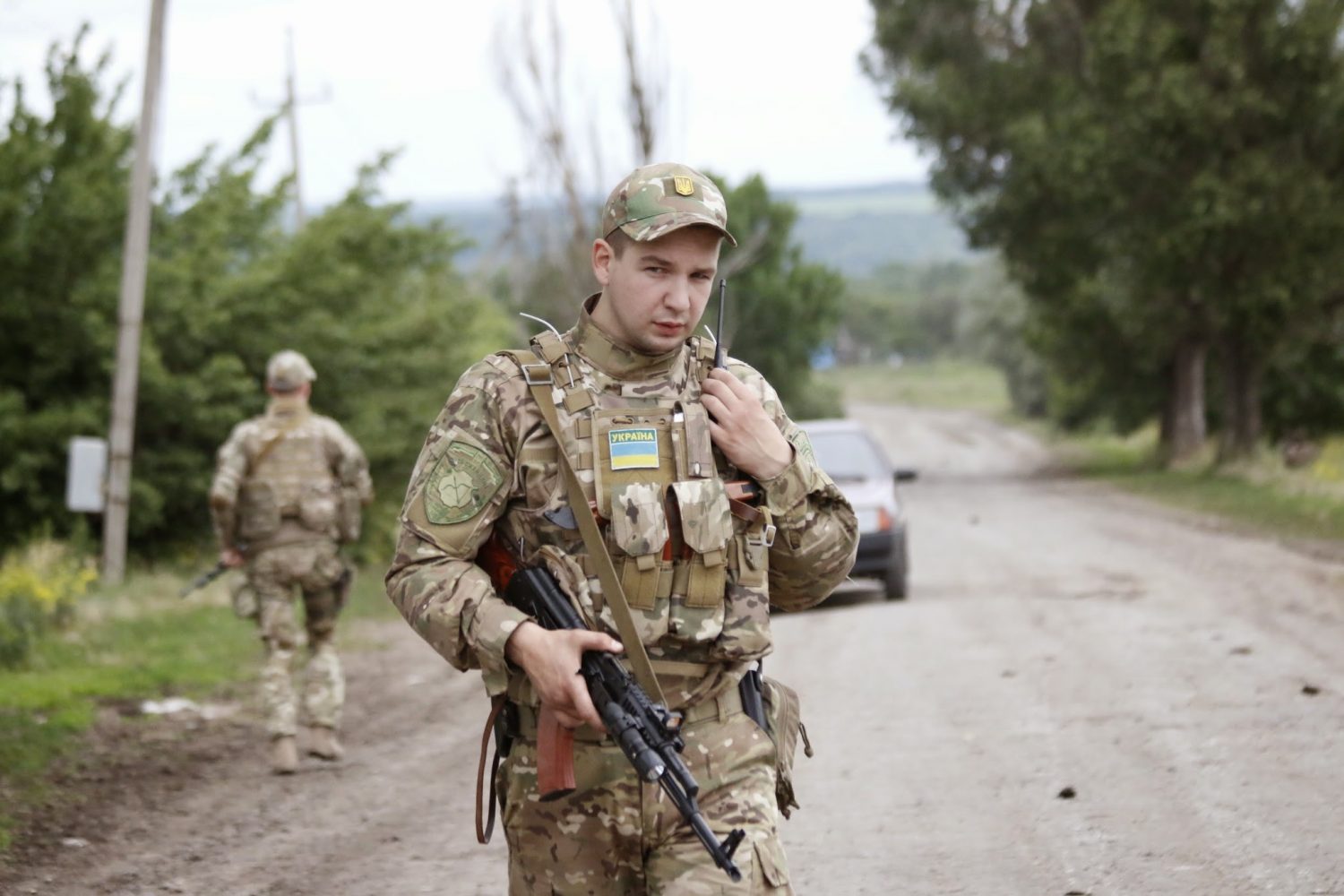 The reason why many people had been accepting of this language is that separatism as a concept is something that is easy to understand in the West. When he debate is over the status of Scotland with regard to the United Kingdom or elsewhere, separatism makes sense. But there is no analogy to the long-term discussion about Scotland’s independence exists. If you were to look for evidence of sseparatism in Ukraine’s eastern regions prior to the Spring of 2014, you will not find it.

On the other hand, there is abundant evidence of Russia’s hand behind the whole operation in the Donbas, including the shelling of Ukraine from the territory of the Russian Federation in the earliest days of the war. This shelling opened up a vast stretch of Ukraine’s internationally recognised border with Russia.

It was through that porous border, which Russia refused to allow the OSCE to monitor effectively, that the last eight years of war against Ukraine was supplied. The tanks that came into the hands of assembled forces fighting against Ukraine weren’t locally produced. Also not locally produced is ammunition, but the supposedly separate DNR and LNIR never ran out of that either. The personnel and the armaments seeped into Ukraine from Russia, fueling this war since its inception.

Not only was the military fighting against Ukraine curated by Russia, but the daily drudge of administration was even micro-managed by the Kremlin too.

In order to attempt to give an air of legitimacy to the Russian occupation authorities, one tactic that Russia pressed relentlessly was for Ukraine to negotiate directly with their proxies in the Donbas, which would have put the parties as effective equals. Ukraine has always refused to do this because Ukraine knows who they are, and how they came into being, and as such refuses to give them undeserved recognition.

Had there been a genuine local uprising, one led by genuine local opinion leaders or academics, Ukraine would have talked to them to resolve things. Instead, they created a Ministry for the Occupied Territories and the name given by Ukrainians to the fight back against that Russian occupation was an ‘Anti-Terrorist Operation ‘ (ATO). 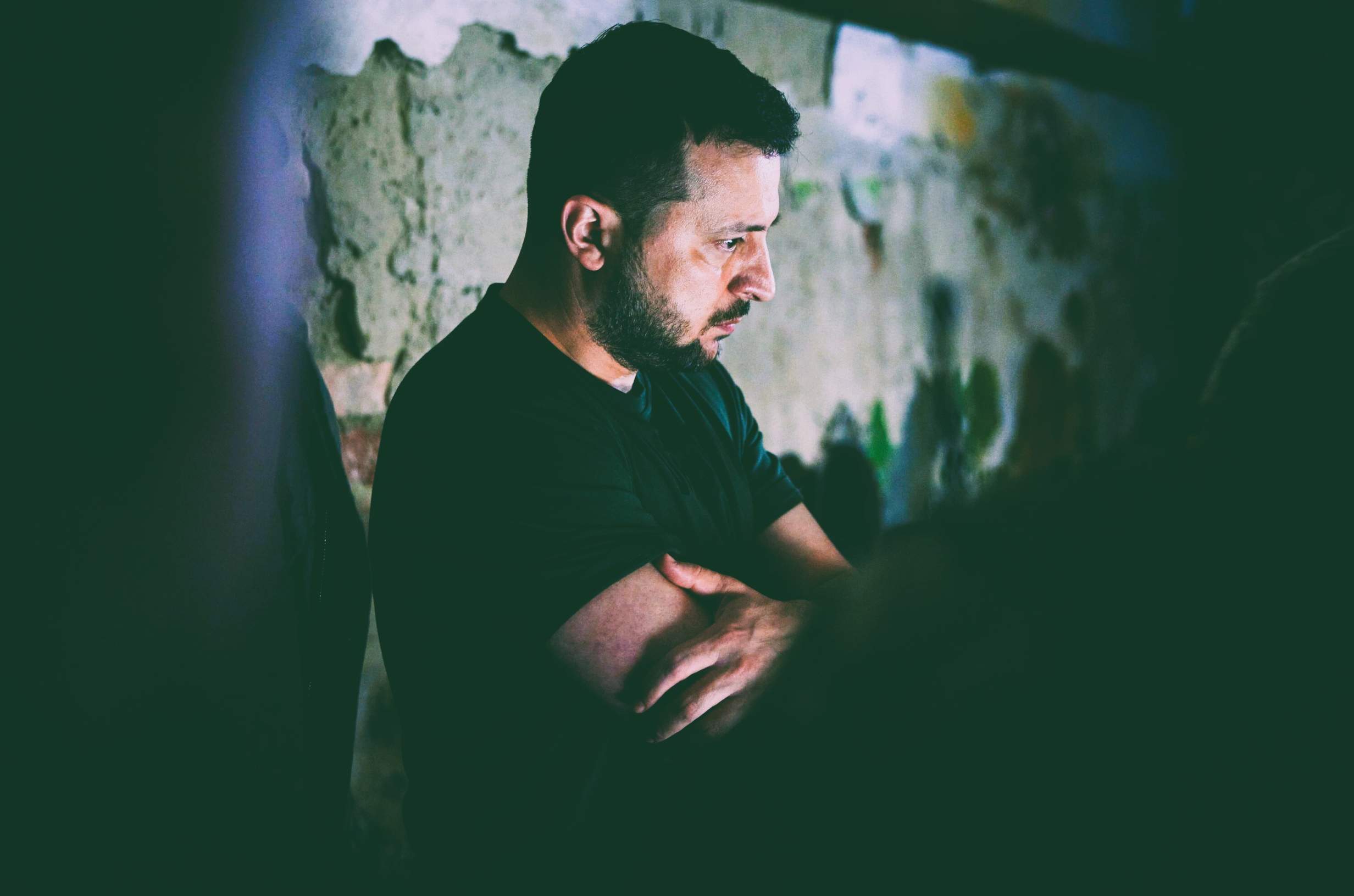 So there is a very good and simple reasons why Ukrainians bristle about media reports incorrectly labelling their war against some “Russian-backed” locals: that is because Ukraine’s armed forces have actually been locked in battle with Russia’s armed forces since the beginning.

Back in the summer of 2014, Ukraine was winning the fight and various settlements in Luhansk and Donetsk were liberated by the ATO, until Russia decided to send in more reinforcements across the border.

The biggest example of this, and where the involvement of the regular Russian army is clearly evidenced, is in the battle for the city of Ilovaisk. When Ukrainian forces were almost trapped in this encircled city, a deal was struck to allow them safe passage through an agreed green corridor. However, the Russians decided instead to ambush and slaughter the retreating men. Over two days of hell, the Russian army murdered hundreds of those troops.

The enemy combatant in Ukraine has abeen Russia from the start. The myth of “Russian-backed” anything needs to die. To fail to do so is to incorrectly attribute responsibility for events , as has been done recently in the death sentence passed by the kangaroo courts of Donetsk on Briton Aiden Aslin. Russia is not the victim here, Ukraine is. Russia is the perpetrator.