What Does the New Prime Minister Mean For Britain’s Oligarchy Problem?

The below text was first published on Oliver Bullough’s ‘Coda Oligarchy’ newsletter. You can sign up here.

The campaign to be Prime Minister is over, the 170,000-odd (mostly-) old (mostly-) white (mostly-) men who got to vote have had their say, and life must now continue. Yay, democracy.

So, what does this mean for the oligarchy, for Britain’s role as ‘Butler to the World’ and for the prospect of a unified Western response to kleptocracy, above all to that coming from the Kremlin? Truthfully, I can see few reasons to be cheerful.

“While there are differences between [Rishi] Sunak and [Liz] Truss, neither gives much cause for optimism that the UK fully understands the Russian threat nor that it can help to lead in making Europe more secure, except in relation to the provision of equipment and training to Ukraine. The scale of the economic crisis facing the UK will severely limit both candidates’ scope for democratic leadership,” wrote Maxine David, a lecturer at Leiden University.

Credit where credit’s due: Boris Johnson was good at sending Ukraine the weapons it needed, when doing so was neither profitable nor popular, even though he increasingly came to resemble President Zelensky’s needy friend as his premiership collapsed. And his ministers talked the talk when it came to cracking down on oligarchs.

“Putin’s assault on Ukraine has shown the true extent of the international financial flows linked to Russia and the serious risks this poses to our country. We will never cease in our determination to change our laws to root out corruption, dirty money and protect our national security,” wrote Priti Patel last month. Until a few hours ago, she was Home Secretary and thus in charge of law enforcement.

But Johnson’s Government never did much about dirty money except talk. There is a lot of scope for improvement here, though I see precious few grounds for hope from Suella Braverman, who is taking over Patel’s job. Braverman has up to now primarily been famous for her attacks on ‘woke’ people, which is the latest enthusiasm of the tiresome-est stretches of the Conservative Party’s right wing. 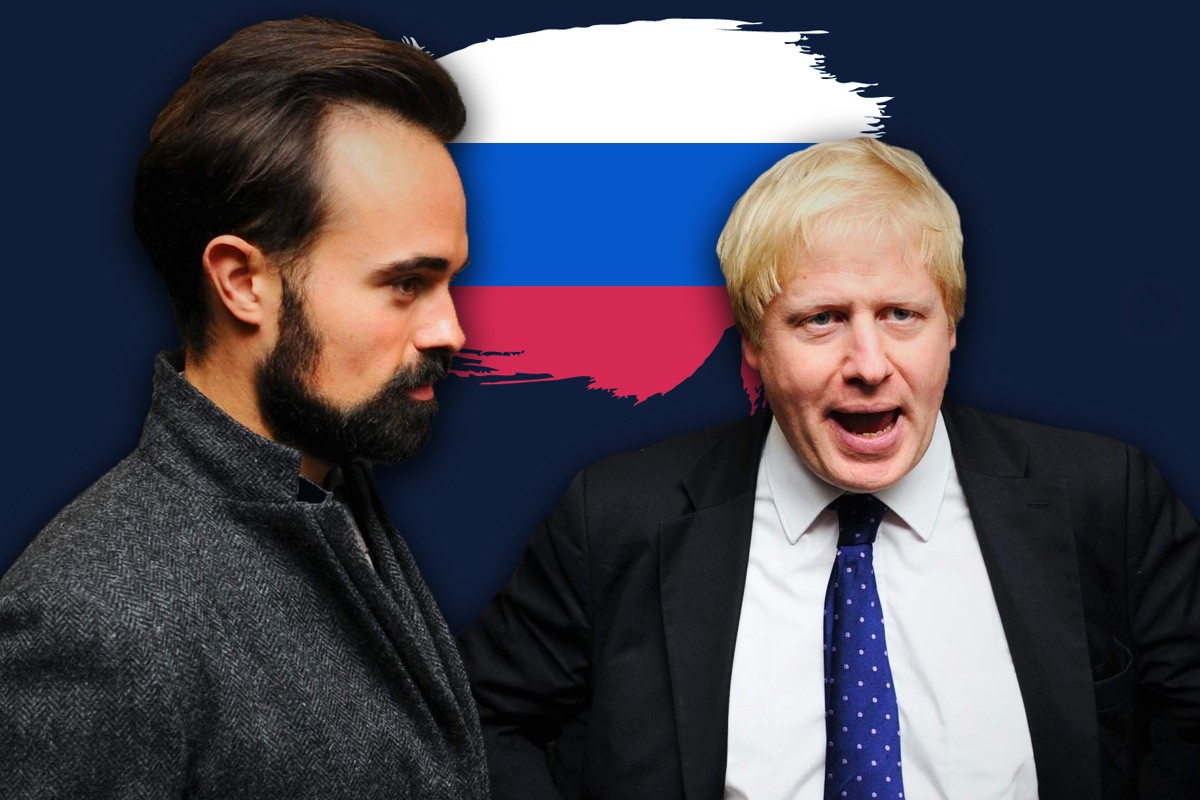 One of the many things Johnson’s Government promised action on was Limited Partnerships, which have been used to conceal the ownership of laundered money for an age (including a large chunk of the $230 billion moved via Danske Bank’s Estonia branch, in what is probably still the biggest money laundering scandal of all time). So the first key test of Liz Truss’ intentions will be whether she keeps her predecessor’s promise to pass new legislation to open up their ownership, and thus prevent their misuse by criminals. If you’d like an example of what anonymity looks like in practice, look up SG000601 on Companies House. (Thanks to Richard Smith for this example).

Darvel Investment Trading (Scotland) Partnership SP is nominally a Scottish qualifying partnership but, if you look at its partners, you will see that they are a trust in South Dakota and a shell company in the British Virgin Islands called – no joke – ‘Untitled Managers Ltd’. If you wanted to find out who actually owned this supposedly Scottish structure, you’d need to bring cases in Sioux Falls and Tortola, so good luck with that. The proposed new law would force the owners to publicly declare themselves, and thus would be a valuable measure against misuse of shell companies, if it actually comes to anything, which is now even more in doubt than it was.

A second key test of the new Government will be whether it follows through on plans to make it harder for oligarchs to use British courts to bully journalists. The key sponsor of the reforms was former Justice Secretary Dominic Raab but he supported the loser in the leadership race and will not be retaining his position at the top table.

“We won’t let those bankrolling Putin exploit the UK’s legal jurisdiction to muzzle their critics. So today, I’m announcing reforms to uphold freedom of speech, end the abuse of our justice system, and defend those who bravely shine a light on corruption,” Raab said back in July.

Will this pledge be quietly dropped? A lot of Tory politicians’ richer friends, who are themselves rather fond of being able to bully journalists, would no doubt like it to be. So watch this space.

‘An Even More Extreme Period of Policymaking’

A third key test is whether Truss’ Government will be more generous in funding for law enforcement agencies, and abandon Johnson’s entirely random target of cutting the number of state employees by 20%. This is probably the most important test of all.

“The next Prime Minister will face pressure not only to declare war on dirty money, but to act to boost the confiscation of physical property,” writes Helena Wood of the think tank RUSI. “Despite this, the reality is that lawyers in the National Crime Agency and Crown Prosecution Service, who will be charged with turning the rhetoric into results, are facing diminishing salaries, are haemorrhaging staff and can expect another round of austerity soon.”

All that said, are there any actual reasons for pessimism, rather than just the learned behaviour of expecting the worst? Yes.

Liz Truss’ new chief economic advisor comes from the TaxPayers’ Alliance, a libertarian think tank that purports to be a grassroots campaign for lower taxes, whose founder has expressed admiration for the Tea Party movement in the US. Reasonable people can disagree about the Tea Party’s influence on US politics, but few people would argue that it had helped reduce oligarchs’ influence. 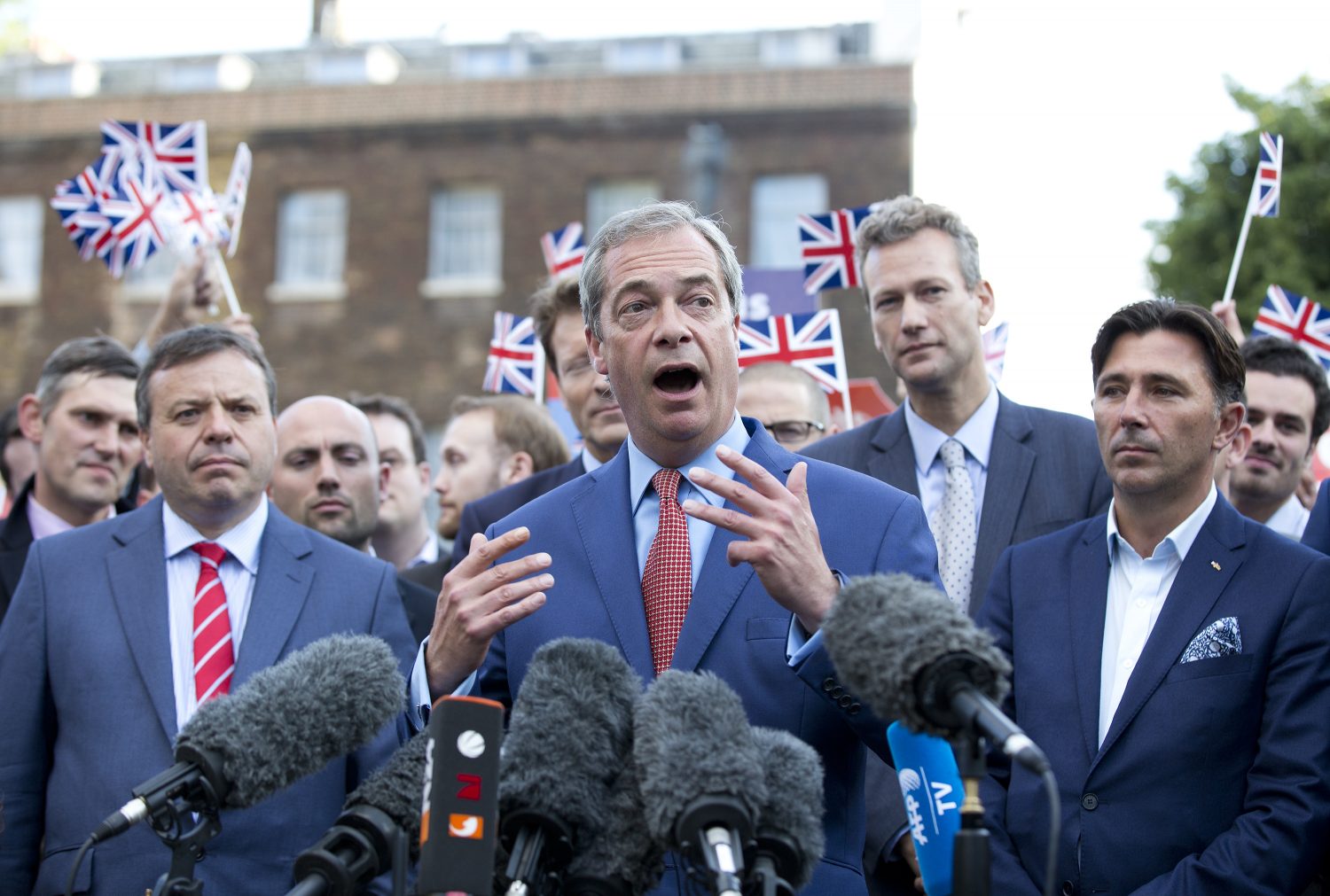 “The immediate appointments by the new UK Prime Minister include former staff from the most extreme, opaquely funded lobby groups (‘think tanks’), and suggest the country may be entering an even more extreme period of policymaking – even as poverty soars and life expectancy falls,” tweeted Alex Cobham of the Tax Justice Network.

RUSI’s Helena Wood, quoted above, has previously argued that governments should consider empowering private companies to go after oligarchs’ assets if law enforcement agencies can’t afford to do so. A lot of officials feel a bit icky about this, and see it as equivalent to employing privateers to supplement the work of the navy (and thus, essentially, legalising piracy). However, it seems to me that it’s worth considering.

“The scale of the problem will continue to outstrip the resources of the public sector and, on this basis, it is better for victims of these crimes to receive a lower share of the proceeds in compensation, rather than no compensation at all,” Wood writes.

It is interesting to see that some of the most potent law firms are now publicly talking about going after oligarchs’ assets too, and looking for people prepared to fund the cases. If lawyers could be persuaded to turn from defending oligarchs’ wealth to attacking it, that would dramatically change the business climate in Western countries.

“I don’t shy away from the fact that this is ground-breaking stuff that we are looking at doing,” said Ben Brandon, a partner at London-based Mishcon de Reya. “It’s very much going to depend on the appetite of clients, the appetite of funders and the appetite of the courts to try and push this through.”