The Corporation does not know how to respond to the dangerous populism we find ourselves in, writes former BBC journalist Patrick Howse

The 2022 MacTaggart Lecture, delivered this year by former BBC journalist Emily Maitlis, prompted some strong reactions from her fellow broadcasters.

In the speech, she made some intelligent observations about the state of British broadcasting and journalism and about the BBC’s editorial processes. She talked about the challenges of covering Donald Trump’s presidency and the storming of the US Capitol.

She considered Brexit and the BBC’s reluctance to link it to the economic problems that the country is currently experiencing. She wove in a defence of her BBC Newsnight monologue in which she criticised Dominic Cummings after his notorious trip to Barnard Castle.

She also made reference to BBC Board member Sir Robbie Gibb – a former director of communications to Prime Minister Theresa May – suggesting he was “an active agent of the Conservative Party”.

In doing so, she kicked over an ant hill – and the reactions swarmed all over social media.

A friend of mine – a former BBC journalist who now lectures in journalism – immediately sent me a link to an article reporting Maitlis’ comments about Gibb. “And there, I would say, you have it,” he said.

It seems there are few people who are prepared to defend Gibb and his role on the BBC’s Board. In canvassing opinions of former colleagues, the words “stooge” and “Tory” cropped up repeatedly, often together.

‘BBC Airtime Must Not beSquandered on Liars and Cranks’ 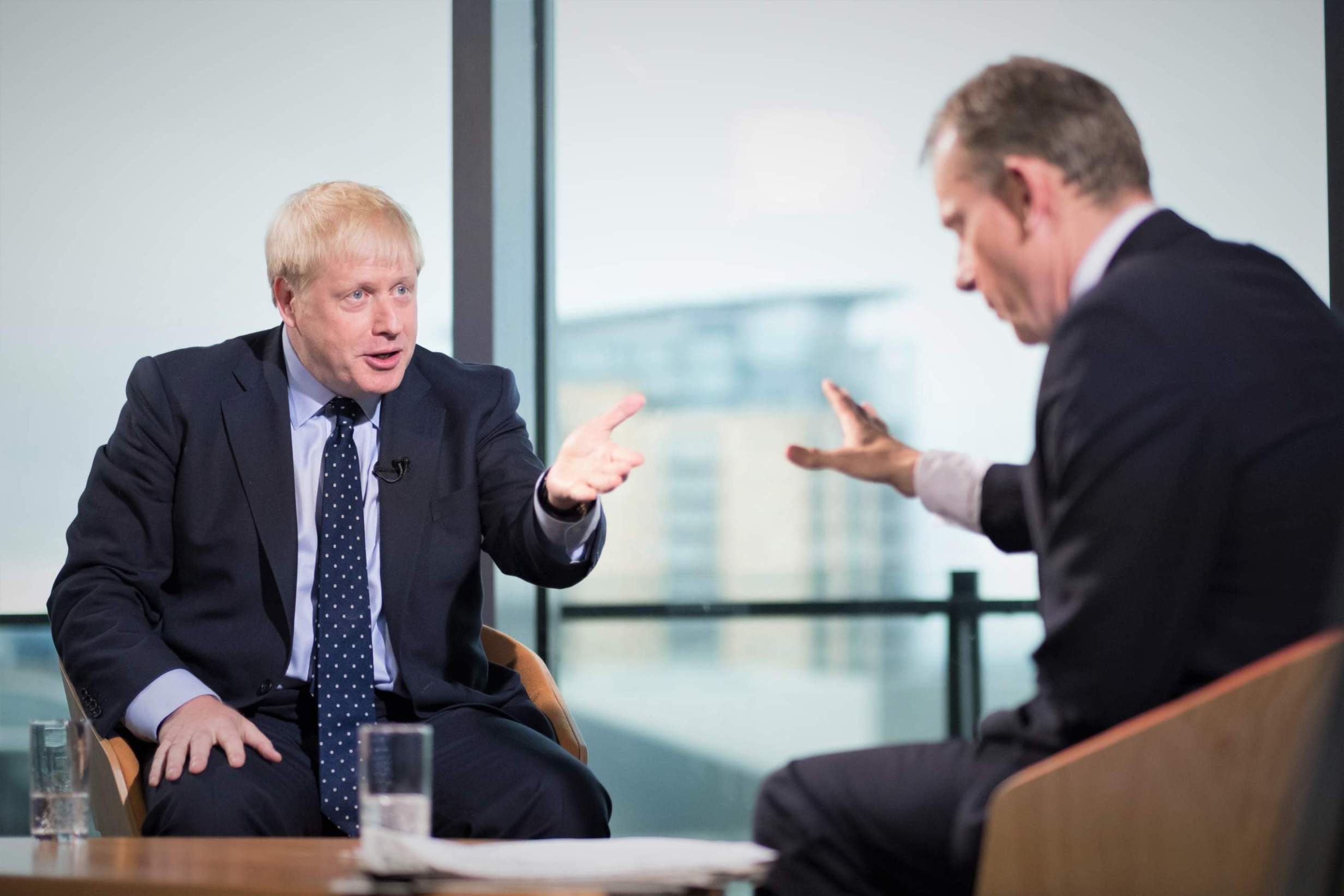 BBC journalists hold a wide variety of political views and, in my experience, they mostly do an excellent job of stopping their personal views from influencing their output. Gibb is an exception.

People who have worked with him have told me that he was always very obviously a Conservative. He’s also a forceful (I’m being polite) and determined operator, used to getting his way. I didn’t find anyone who objected to Maitlis’ comments about him and there is widespread concern that he is promoting Conservative Party views within the BBC’s output.

It’s said – by David Dimbleby, for example – that Gibb should be kept in line by BBC Chairman Richard Sharp. Many who hold this view dismiss Sharp’s political allegiances (he’s a former Conservative Party donor and a former advisor to Boris Johnson and Rishi Sunak), pointing to a long history of Conservative appointees ‘going native’ and protecting the BBC from government interference. Duke Hussey is the name always mentioned in this context, a Thatcher appointee who defied expectations to become a staunch defender of BBC independence.

But these are different times and perception is an important factor here.

Whether or not Gibb is influencing output, the presence of a former government spin-doctor and current Conservative Party activist on the BBC Board looks terrible – and there is a great deal of scepticism that Sharp wants to keep him in line or is capable of doing so even if he did. The fact that the Director General of the BBC is a former Conservative council candidate does not help either.

Emily Maitlis was on comparatively firm ground in her lecture when she made good points about false balance and being gamed by populists. But it was the monologue about Cummings that attracted the most criticism from senior BBC journalists past and present, and earned her a rebuke from BBC management the day after she delivered it on Newsnight.

Dimbleby, BBC editorial tradition in human form, told Radio 4’s Today programme that “first of all, the words she spoke she said had been approved by the editorial team at Newsnight so it wasn’t just Emily that was rebuked by the BBC – it was the team”. He added “that the things she said I think should have been questions not statements”.

“‘The country can see that Cummings broke the rules, it is shocking the Government cannot’” Dimbleby said, quoting Maitlis’ monologue.

“Well, not everybody may have been shocked,” he said. “‘The public mood is one of fury, contempt and anguish’,” he quoted again. “Well, maybe, but that is a question to put. It was a polemic. I think that was the mistake.”

Dimbleby went on to say that he didn’t think the call of complaint from Downing Street would have had any influence on the management and that it is undoubtedly true that governments of all colours call in to complain all the time.

John Simpson, now into his sixth decade as a BBC journalist, took issue with Maitlis’ lecture. “The BBC’s job isn’t to tell people what to think about the complex political issues of the day,” he said. “It’s to lay the arguments in front of them honestly and let them make up their own minds. This isn’t timidity… it’s the essence of public service broadcasting.”

No one within the BBC will have told Dimbleby or Simpson to join the debate – they were saying what they believe, in good faith, and with no other agenda. They were making points that are widely supported by past and current BBC journalists, and their views should not be dismissed lightly. But I believe they are partly wrong – because they are not taking into account the times we find ourselves in.

In normal times – with a ‘normal’ government – the approach outlined by Dimbleby and Simpson would have been the appropriate BBC approach. And they are correct to say that it is not the BBC’s job to be telling the public how they should feel about something. But the trouble with this is that Boris Johnson’s Government has been lying to the public – and the BBC has helped it to do so.

I’ve written in these pages previously about former BBC political editor Laura Kuenssberg’s unhealthily close relationship with Number 10 – one that saw her tweeting a rebuttal of Pippa Crerar’s Daily Mirror scoop about Cummings’ trip to Barnard Castle before the newspaper had even hit the stands.

As Maitlis pointed out in her lecture, lies from the powerful – from Trump and his insurrectionist supporters in the US, or Johnson’s Vote Leave Government in the UK – have to be called out, and the BBC has to do it. If it doesn’t, it will lose the trust of its audiences. Sometimes the public does need to be told things that they do not want to hear.

‘Kuenssberg’s Time as BBC PoliticalEditor has been a Systemic Failure’ 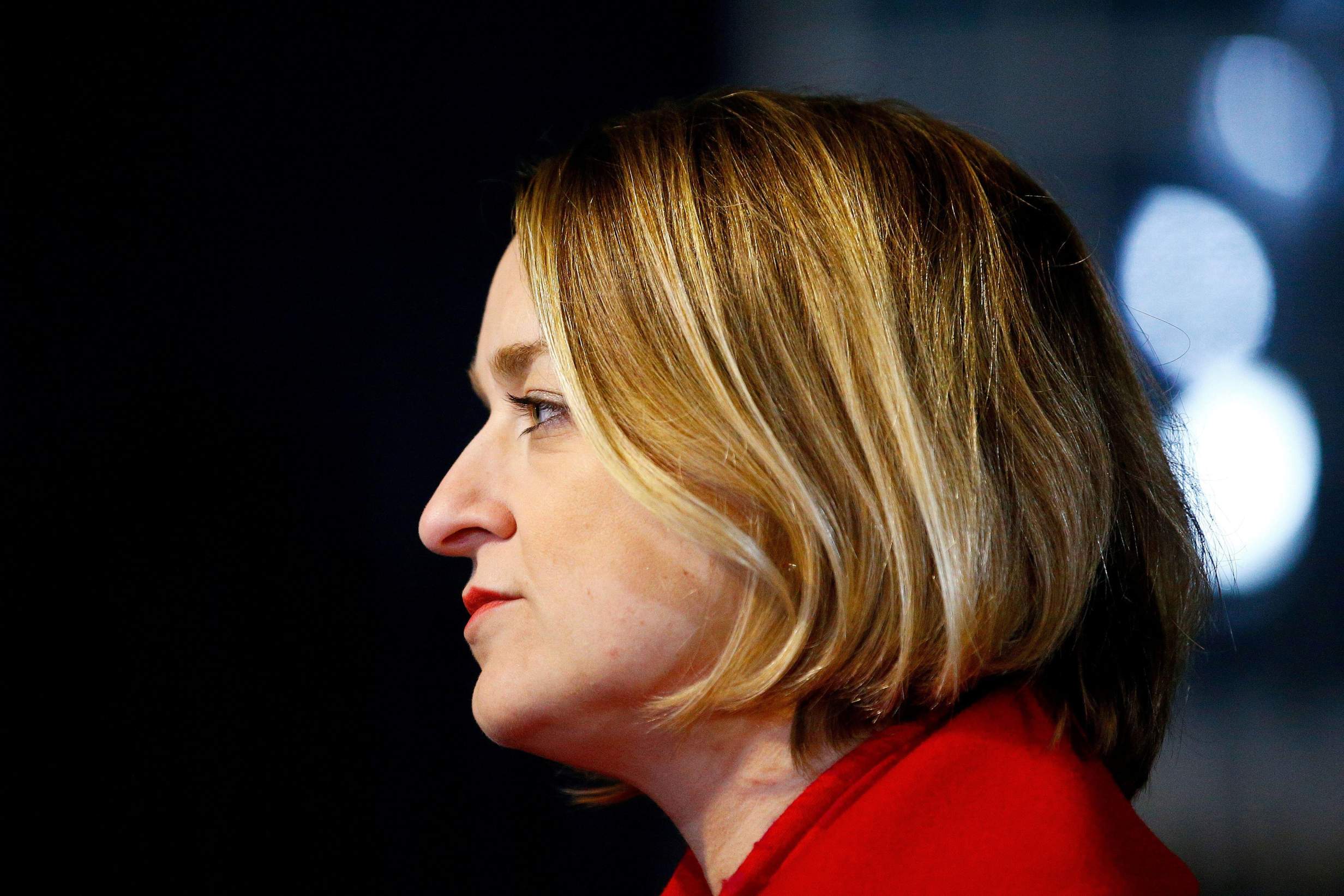 There are excellent journalists working across the BBC, fact-checking and holding power to account. There’s even a certain amount of optimism within BBC Westminster that, since Kuenssberg has been moved on, her successor and his team can now be included in that group. I hope so.

But Brexit and its consequences will not go away, however much the BBC tries to ignore it. Maitlis pointed out that, in recent weeks, as queues of lorries built up at Dover, recession began to bite, and businesses failed or relocated to the EU, analysis of why it was happening has concentrated on the pandemic or the war in Ukraine.

Ironically, in doing this, the BBC is actually doing what Maitlis’ critics accuse her of – assuming what the public believes and pandering to it.

There have been two central pillars to BBC editorial policy in recent years: appeasing a Government that hates it, and not offending the supposed majority of its audience who voted for Brexit. In fact, there is no such majority and never has been.

The majority of the BBC’s domestic audience either voted against Brexit or didn’t vote at all. Moreover, significant sub-sections of the audience – in Scotland and Northern Ireland, for example – voted against Brexit. No one born in this century voted for Brexit. But none of these people are being served by a broadcaster who is not being honest about the full causes of the economic and political hardship that the country is facing.

As Emily Maitlis put it in her lecture, “to those of you wondering why this still feels stuck in the Brexit and Trump days, I’ll say this: we are. Those two seismic shifts have not been and gone. They’ve come and stayed”.

“We have to stop normalising the absurd” was the title of her lecture. It’s a great shame that she has left the BBC – it needs journalists like her.