‘Sheer Cloudy Vagueness’Language as a Tool of Political Coercion

Fans of the Netflix series ‘Stranger Things’ may relate uncomfortably to its alternate dimension, ‘the Upside Down’. Up is down, down is up, bad is good, good is bad, all is well.

If this feels familiar, it’s because this is the universe created by the Government and its stable of client journalists.

To ‘gaslight’, from a 1944 Ingrid Bergman film in which it’s the central plot point, is a type of psychological abuse. Abusers use forms of manipulation and reality distortion to make victims doubt their own experience, causing them to question their own intuition and judgement, sowing confusion. This allows the abuser to weaken others, gaining more power and control over them, to more easily achieve whatever they want.

Subspecies of gaslighting include lying about what really happened or is happening; projection, accusing others of something the accuser is guilty of; minimising or belittling feelings and concerns; withholding information; divide and rule tactics; scapegoating; and warping the very meaning of language.

While gaslighting tends to be inter-personal, it can also be institutional. 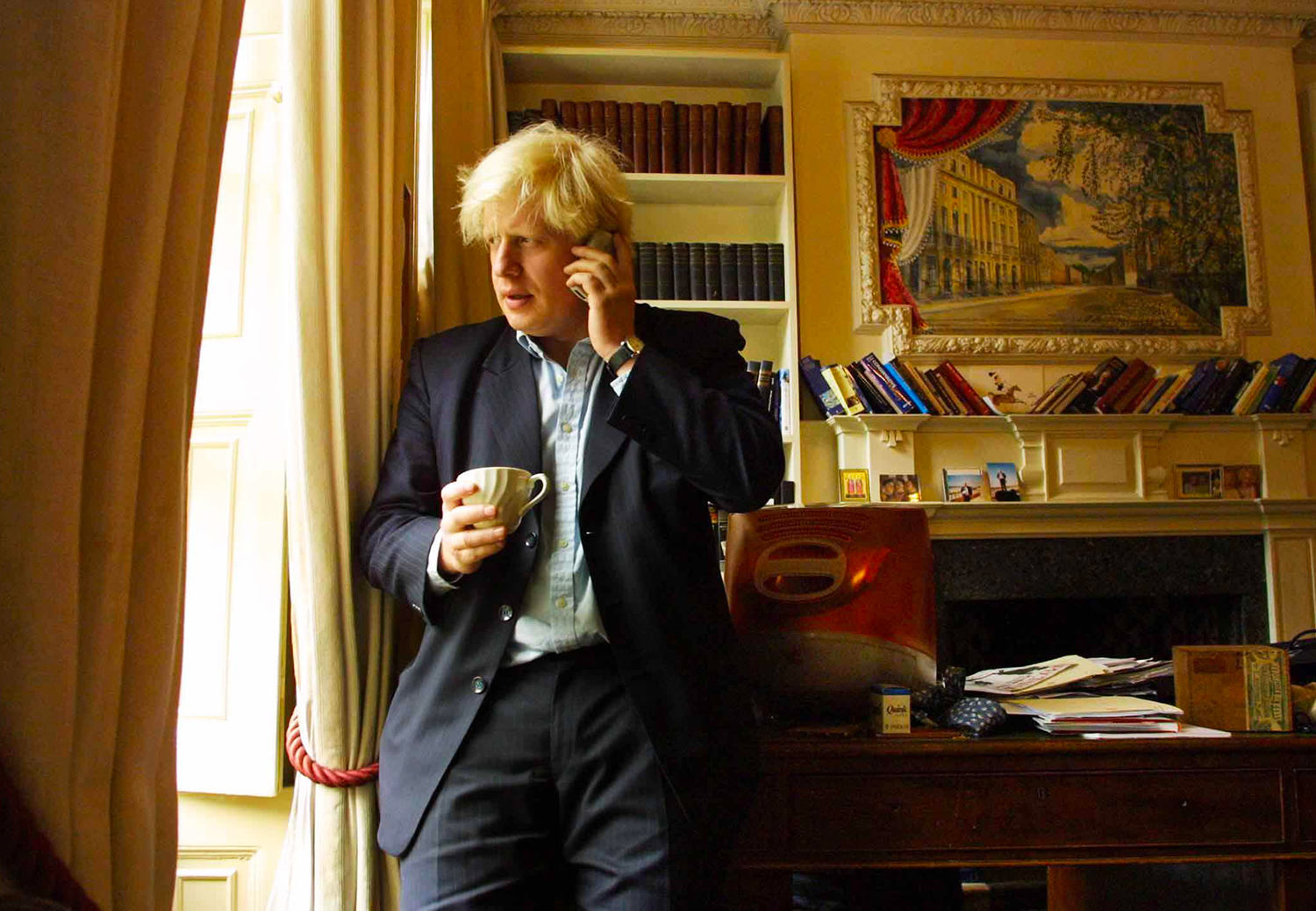 It’s troubling how some things are viewed as bad or illegal in one context, but dismissed or overlooked in another. The rule of law – the foundational underpinning of a stable democracy – holds that the law applies equally to everyone. The reality is more complex, in part due to context.

Someone walking their dog, for example, who doesn’t pick up a deposit can be issued with a Fixed Penalty Notice of up to £100; if the matter goes to court, it could cost a further £1,000. Being unaware that their dog has been busy, or without poo bags, are not considered reasonable excuses.

Yet privatised water companies can deliberately spray untreated raw sewage, millions of items of excrement – human and animal – into the nation’s waters, making them unswimmable, unfishable, undrinkable, and a public health hazard, largely with impunity.

There are many other examples, not least the ‘Partygate’ saga. The point is twofold: this change in consequences that accompanies a change in context normalises different laws for different people or groups.

Indeed, coercive control is a repeated pattern of behaviour that makes someone close to the abuser feel controlled, dependent, isolated or afraid. It has been a criminal offence in England and Wales since 2015. Manipulation underpins behaviours constituting coercive control. Penalties include up to five years in prison, fines and restraining orders.

Yet, when a government lies and manipulates, gaslighting its citizens, with ministers employing MPs or client journalists to further their control, there are no consequences. In fact, it’s seen as ‘politics as usual’.

The Massaging of Rhetoric

George Orwell and his novel ‘1984’ most commonly spring to mind when thinking of the misuse of language to manipulate and coerce.

“In our time, political speech and writing are largely the defense of the indefensible… Thus political language has to consist largely of euphemism, question-begging and sheer cloudy vagueness… [serving] a mass of lies, evasions, folly, hatred and schizophrenia.” Written in 1946, in Orwell’s ‘Politics and the English Language’, this quote is perfectly contemporary.

Warping words, so English becomes the vernacular of the Upside Down, has been wielded since the dawn of politics, but it is an increasingly common behaviour by the current Government. The word ‘clear’ is a prime example.

Conservative leadership candidate and Foreign Secretary Liz Truss – as well as Home Secretary Priti Patel – are particularly notable for using phrases like, ‘It’s clear’, ‘I’ve been clear’ and ‘We’ve been very clear’ in interviews and while speaking in Parliament, but you’ll hear many ministers using these stock responses.

Synonyms for ‘clear’ include evident, observable, unclouded. That is: truthful. When you examine the words following the word ‘clear’, they’re without exception unclear: untruthful, evasive, not in evidence, “sheer cloudy vagueness”. 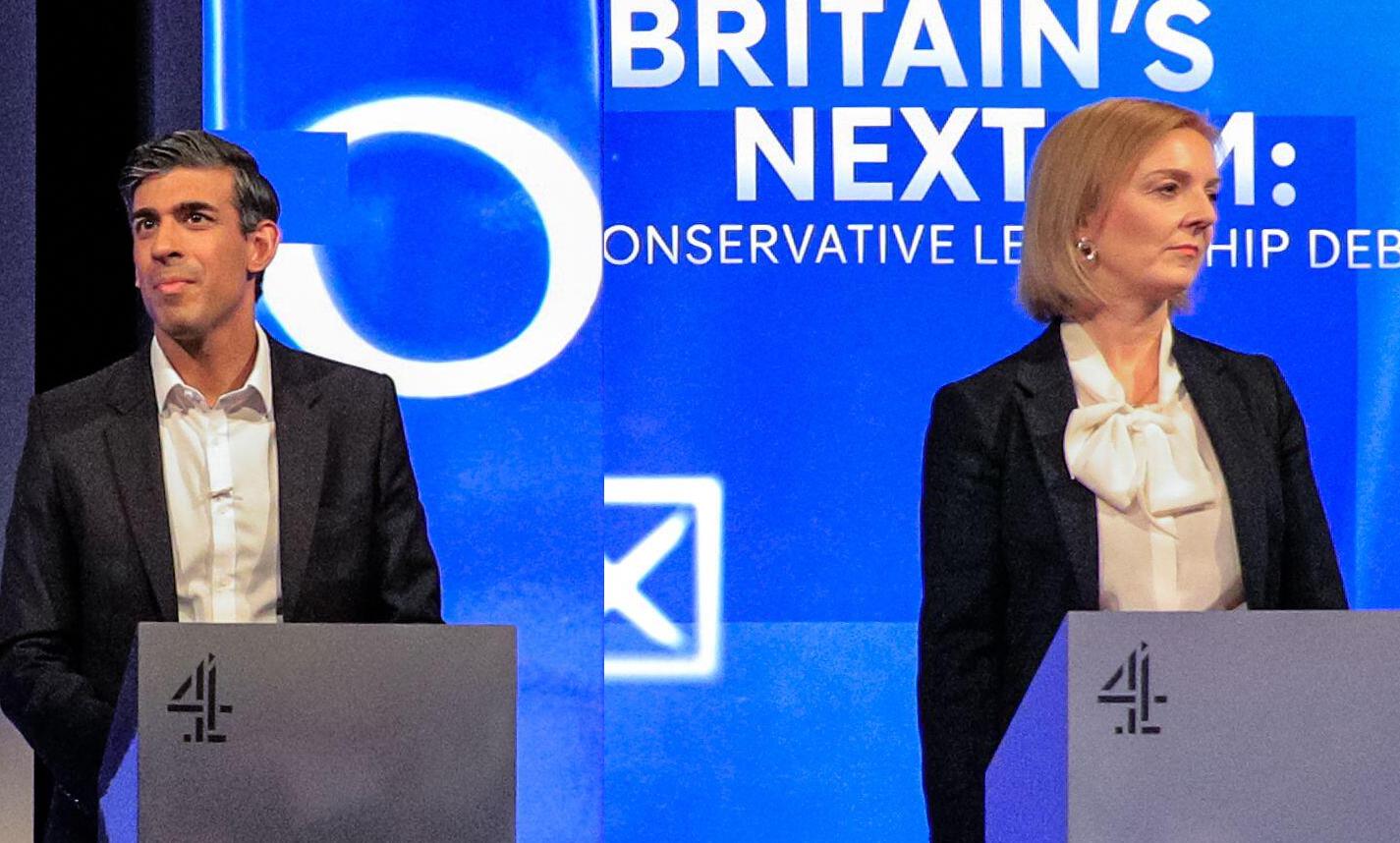 In his essay ‘The Death of Words’, C.S. Lewis brands such weasel wordplay as dangerous, because “when you have killed a word you have also… blotted from the human mind the thing that the word originally stood for.”

Another warped word in frequent use now, again a favourite of Truss throughout her leadership campaign, is ‘deliver’. ‘I will deliver for Scotland’, ‘I’m ready to deliver as prime minister’.

Often what will be delivered goes unspecified, or consists of vague promises such as ‘growth and opportunity’. MPs supporting her leadership bid also use it; Andrea Leadsom asserting that Truss “is trusted to deliver for our country”.

I imagine that focus groups were held, and that ‘deliver’ came high up in people’s priorities. A delivery driver literally carries a manifest. Truss tweeted she will unite her party to “deliver on the promises we made in 2019”. Her vagueness draws not too much attention to how few manifesto promises have been kept, three years on.

Truss’ opponent Rishi Sunak’s coercion lies less in wordplay, more in ignoring that he was the Chancellor who got us into this mess, while scapegoating immigrants and those on benefits. Though both seem fond of the words ‘turbocharge’ and ‘values’.

‘Prosperity’ is less often bandied about lately, perhaps for good reason, while ‘levelling up’ is the new ‘trickle-down’.

‘Freedom’ has been one of the most prominent tools of coercion in modern political history, including in this leadership race. Orwell includes ‘freedom’ in words “often used in a consciously dishonest way”. Liberation is often promised by autocrats, while the masses are subjugated.

Truss – a one-woman Thatcher tribute act – talks of free markets, free enterprise, free trade, and freeports. The freedoms contained in all these promises will be unevenly distributed – favouring the privileged and powerful at a time when the impoverished are starving.

It’s challenging to remain aware of such abuse, not least as it’s ever-morphing, and due to the influence of co-conspirators in the media, who persuade us that our coercers are in fact heroes. But it’s important that we try.