‘They Took Everything From Us’Russia’s Long War Against Ukraine

Larysa Deshko’s Ukrainian family has long resisted persecution from Moscow, and she is continuing that tradition, as she explained to Maria Romanenko

On Monday 28 February, Larysa Deshko had planned to visit her grandson Sergiy in Manchester, where he is a student. That all changed when, four days earlier, her daughter Tetiana called to inform her that Russia had invaded Ukraine.

Instead of getting a flight to the UK, Deshko was making her way to the bomb shelter.

“I had a go-bag with meds that would last me a month and some underwear. I made my way to my daughter’s, who lives in the building next to mine, to hide in a bomb shelter,” she told Byline Times.

The pair knew they could not stay in the capital, Kyiv, where Deshko had lived all her life. They fled – staying first with friends, before travelling to Vinnytsia in central Ukraine, and then onto Lviv. From there, they headed to the Ukraine-Poland pedestrian crossing border in Shehyni. Today they are in the Hague, in the Netherlands, where Deshko’s other daughter, Anna, lives.

Eventually, Deshko made it to visit Sergiy in Manchester, where she spoke to Byline Times before returning to her new home with Anna. She explained how while this war may have started in winter 2022, the oppression of her family by Moscow goes back generations.

Deshko’s great-grandmother and Borys’s wife, Olena Karazina, was arrested by the Soviet authorities in Kharkiv in 1919.

“They wanted to kill her just for being Ukrainian. She just sat there waiting for her sentence. I will never forgive them,” she said.

Karazina was freed by the White Army. But Moscow’s persecution of her family did not end there.

Deshko’s grandparents, Arkadiy and Lidiya Gerashchenko, fled Kharkiv for Chuvalachi – an Uzbek settlement near Tashkent – after persecution by the Soviet Government. It was their home for 20 years; the place where Deshko’s father was born. The family only returned to Kyiv when World War Two broke out in 1939. Deshko spent most of her life in the same apartment on Vernadskoho Street.

“We lived there for 48 years… Our neighbours avoided us at all cost (because) we had dissidents in our flat,” she said. She recalled how they went through two flat searches by the authorities when she was growing up.

The searches followed Deshko’s brother Ihor marrying the poet Iryna Ratushynska. Her poetry opposed the Soviets and she was arrested in 1981. The sentence was brutal: seven years in prison and five years deportation. She was only freed from the labour camps in Mordovia at the request of US President Ronald Regan.

“She was in prison during Brezhnev, Andropov, and Chernenko tenures, and finally released under Gorbachev because of who asked for her,” Deshko explained.

Deshko says that her mother was not able to go outside because of the neighbours who despised the family for their troublemaking.

“I tell these stories to my children and grandchildren – to everyone. I will never forgive the Soviet authorities for this,” Deshko said.

Deshko was raised “critical towards the Soviet authorities” because of the horror imposed on her family. Her father Oleh Gerashchenko, a well-known professor, suffered during the German occupation in Kyiv. According to Deshko, everybody who spent time in occupation was treated as “second-grade citizens” later.

“The Soviet authorities oppressed my father, and he wasn’t allowed to teach, despite being a great lecturer,” Deshko recalled. “They didn’t let him go anywhere near students in case he would say something controversial”.

Deshko’s personal experience of anti-Soviet activities started in 1988. The year marked the 1,000th anniversary of the Christianisation of the Kyivan Rus. The Soviet authorities would not admit, however, that the Kyvian Rus started in Kyiv – instead insisting the celebrations took place in Moscow.

Deshko disagreed with this decision. She went to the monument of Volodymyr the Great in central Kyiv to mark the occasion where she was joined by 50 other rebels – and a few KGB spies watching through camera lenses.

Deshko wanted the world to know about the treatment of Ukraine by the Russians, putting together her family history in a book titled ‘Muzhchyny, Chyyi Geny Ty Uspadkuvav (Men Whose Genes You’ve Inherited)’.

“Every family has a story to tell, it’s just not everybody knows how to work with this,” she said.

Under Soviet rule, even language was oppressed. Russian-speaking teachers were paid more than those who spoke Ukrainian and the authorities tried to crack down on anything that spoke to the history and culture of the nation. But Deshko’s grandmother, Sophia, spoke their own language – a tradition Deshko continued with her own children.

“I only read my children fairy tales in Ukrainian, despite me and my husband speaking Russian between ourselves,” she told Byline Times. “I passed this on to my girls through fairy tales and sent them to a Ukrainian school. I just felt like I shouldn’t break that link, same as I received this Ukraineness from my grandmother. And it won’t break. But it took me some time to have this Ukrainian awakening, it wasn’t straightaway.”

These days, Ukrainians who never used to speak the language have made the switch, in defiance of Russia. Deshko thinks that despite the huge losses in the war, Ukraine is going through a renaissance.

“We have an ancient culture that never went away; it was passed on through generations,” she said. 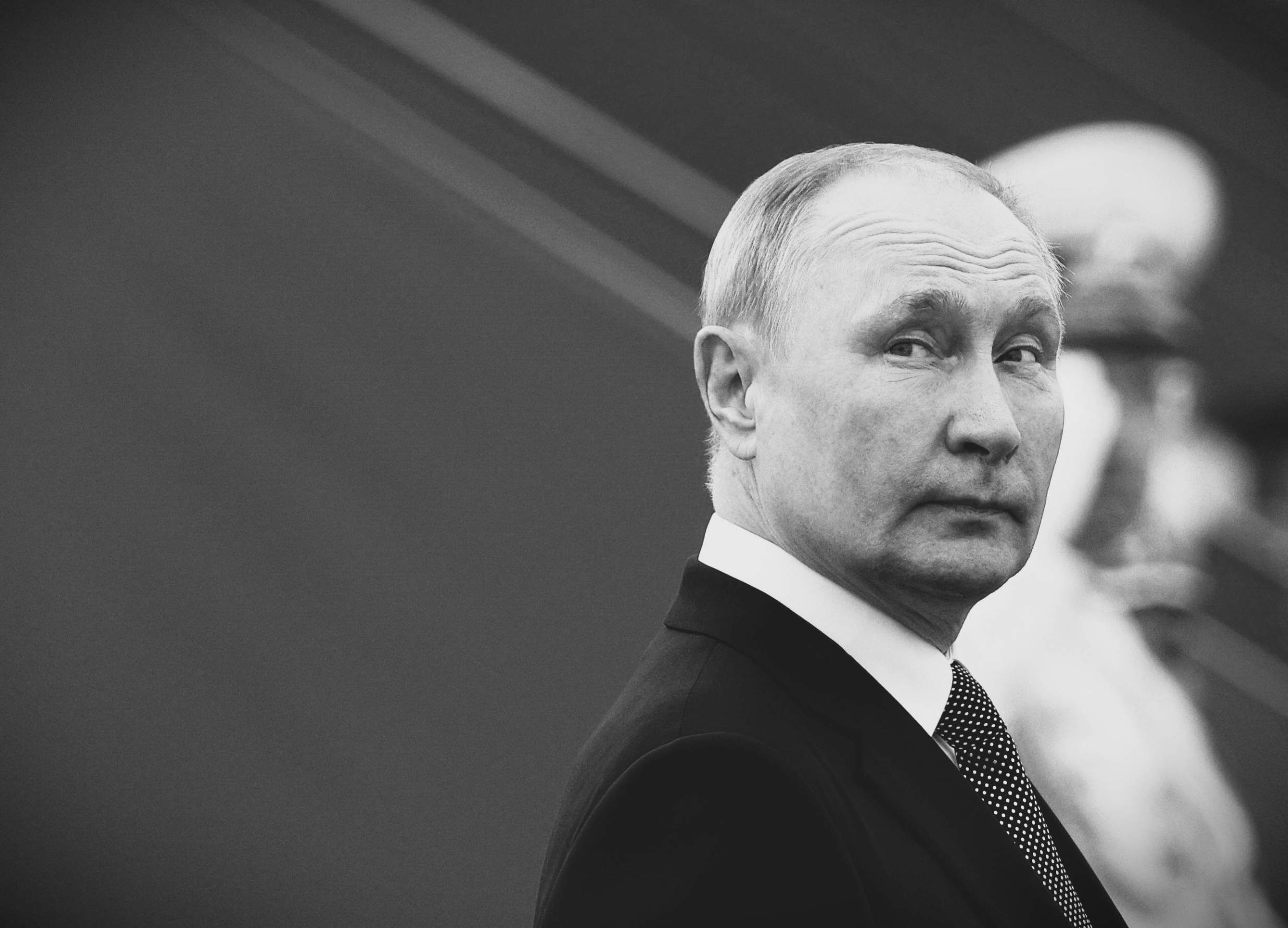 But she has an unique insight into the situation in Russia itself. One of the descendants of her great-grandfather Karazin now lives in Russia’s St. Petersburg.

“When I told her that we had thousands of Russian troops at the border, she claimed they would never attack Ukraine. And when they did attack, she said it was all ‘fake news’. And this was after all the bombings started!” Deshko said, the pain obvious in her voice.

Another relative of hers lives in Yalta in Russia-occupied Crimea and tells Deshko that Russia and Ukraine are “one family” whenever Deshko tells her about Ukrainian war casualties. But Deshko is convinced: Ukrainians and Russians are completely different.

Russia, she explained, “wants to appropriate our history and culture”.

Deshko is now planning to write a book about her Kyiv flat on Vernadskoho Street and the people who lived and visited it. But mostly she hopes to return to her home.

“Nobody doubts that Ukraine will win,” she said. “It is just a matter of the price we will have to pay”.