Where is Owami Davies? The Missing Nurse who has been Left Off the Headlines

When women of colour are missing, so is media coverage. Sian Norris reports

On 7 July this year, CCTV footage captured 24-year-old Owami Davies walking north on London Road, Croydon. The footage of the student nurse was aired by Sky News on 10 August. A week earlier, on 3 August, her mother Nicol went on TV to ask the public for help.

“I am begging, I am asking for the public’s help, from the people, to say if you know, if you have heard or seen her, or she passed you, please speak up,” she said. “All we really want is to find her, all we really need is for her to come home or to know her whereabouts.”

The video is hard to watch. “I don’t just miss my daughter,” she says, tearful. “I miss my friend”.

By this point, Owami Davies had been missing for nearly a month. It’s now closer to six weeks. Five men have been arrested and released without charge, and police are saying they believe she could be in need of help near where she was last seen.

While Nicol’s interview and the subsequent footage did get airtime on the mainstream media, it cannot be ignored that coverage has been sporadic and scarce.

Between the time she disappeared in early July, and Friday 12 August, Owami Davies’ name was mentioned 263 in online and print media. In contrast, in the three days following Sarah Everard’s horrific murder, there were 1,346 mentions. Even in the weeks since Davies went missing, Everard’s tragic death was mentioned in print and online media three times as often, 646 times.

Davies is currently a missing person and there is no evidence to suggest she is no longer alive, making her case different from Everard’s. But the imbalance of coverage when black women go missing is part of a pattern.

“I think one factor is a set of internalised ideas that black women are somehow complicit in the crimes against them and not proper victims,” Mandu Reid, leader of the Women’s Equality Party, told Byline Times. “So what happens is, you get a really painful delay, while the media establishes whether or not we are worthy of coverage.”

Six months after Sarah Everard was killed, primary school teacher Sabina Nessa was brutally murdered while walking through a London park. The Lexis Nexus news database shows that, in the three days following her murder, there were 104 mentions of the 28-year-old in print and online media. Data from the Women’s Equality Party found that there were 29,000 stories about Everard in the month following her murder, compared to 9,000 for Nessa.

No one should or could deny that the horrific rape and murder of Everard by a Metropolitan Police officer did not deserve vast amounts of press attention. “It’s not that Sarah Everard deserved less coverage,” insists Reid. “But that women of colour deserve more than they get now.”

It’s the media that creates these comparisons, by failing to take it seriously when women of colour go missing or are victims of male violence. This is in part because the media is dominated by white, middle-class men.

For Rose Lewis, an independent domestic violence adviser at Sistah Space, the invisibility of missing black people starts with children and teenagers. “They go missing and it’s not taken seriously,” she told Byline Times. “When it comes to black people going missing, it’s not treated as important.”

“Black women are often considered trespassers – I’ve experienced this as a black woman myself. And there’s this whole psychology that a trespasser deserves what they have coming to them. It’s very tied in with racism, and classism, and other forms of oppression and discrimination.”

Lewis agrees that racist stereotypes play a part in how the media and wider society responds to missing black women.

Frustrated by the lack of coverage of Ms Davies’ disappearance, more and more women have taken to social media and demanded to know why her case has received so little attention.

LBC’s Sangita Myska spoke up on her show, contrasting the case of Everard and Davies.

Everard’s story “rightly in my view continues to be told in the national press”, said Myska. “What I have noticed is that when I try and look up the coverage of Ms Davies and the fact she has disappeared in the national newspapers, there’s barely been any mention of it”. The clip went viral.

The social media influencer Supertanskii addressed the lack of media attention as the result of “missing white woman syndrome” – with white women considered more ‘innocent’ when they go missing or crimes are committed against them, while women of colour are blamed and do not make the front pages. 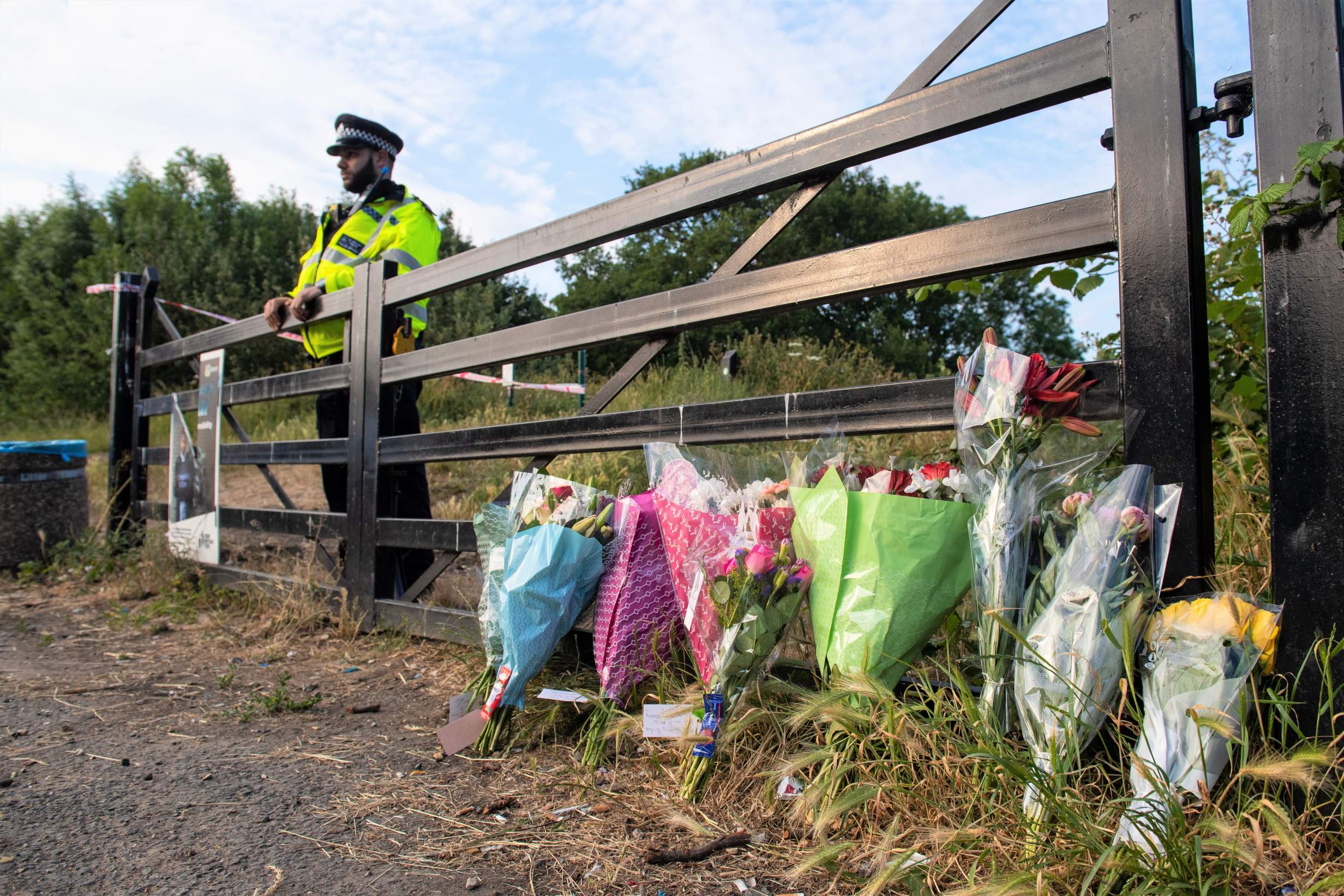 Pressure online has led to more mainstream coverage – including by Channel 4 News, Stylist magazine and in the Guardian.

But one has to wonder whether this would be the case if a grassroots campaign by influencers, activists and loved ones had not taken hold on social media.

“Often, it is the community who has to take action, set up search parties,” said Rose Lewis. This was the case in the murders of Bibaa Henry and Nicole Smallman, whose family did not get the support from the police they needed in the early days of their disappearance.

The lack of coverage is also an issue for helping locate Ms Davies and protect women’s safety.

In her BBC video, Nicol Davies pleads with the public, saying “if you saw something, heard something, know something, please, please from a desperate, desperate mum who misses her child, say something”.

Without media coverage, that knowledge is not shared or acted upon.

“This was a crucial period, in the period after Davies disappeared, where we have a higher chance of finding her,” said Mandu Reid. “The lack of exposure early on heightens the risk of someone not being helped. I just hope she is found safely. I can’t imagine what her family is going through.”

“Black women are going to be afraid,” she said. “They will think – ‘if that happens to me, and it’s taken six weeks and people haven’t been talking about Owami Davies, then I’ve got no chance’. What chance do I have? is the question that is being asked in the community right now. There’s a lot of fear.”

Reid agreed. “When something like this happens with Owami Davies, it’s like our worst fears are confirmed,” she said. “It’s confirmed that we don’t matter. This compounds any sense of mistrust which we might have accumulated through growing up in a society where we are second-class citizens. It’s why a case like this should be taken a lot more seriously than it is.”

Anyone with information about Owami Davies’ whereabouts should call the Metropolitan Police on 020 8721 4622. Information provided will be handled sensitively and anyone who comes forward to assist officers will be given every support. Byline Times hope Ms Davies is found safe and well soon