A private British company that offers police training is accused of links to police forces in Xinjiang, China, the province where it is alleged that Chinese police have subjected the Uyghur Muslim minority to torture and detention.

A new report from the NGO Freedom from Torture has found that London Policing College (LPC) has Chinese partners with close connections to Xinjiang. One of its partnership projects received UK aid funding via the British Council

The UK Government has described the human rights abuses in Xinjiang as “absolutely horrific”. It’s believed one million Uyghur Muslims are held in concentration camps in the region where they are subject to “re-education programmes”. Former camp detainees have alleged they were tortured and there is also evidence that Uyghur people are being used for forced labour, and that women are being forcibly sterilised, in what the US Government is now calling a genocide.

In response, the UK Government issued guidance to ensure that British organisations are not complicit in, nor profiting from, human rights violations in the region. That the LPC has partnered with Chinese police institutions with links to Xinjiang, while in receipt of UK aid, raises questions on the efficacy of this guidance.

Tracy Doig, Head of International Advocacy at Freedom from Torture, told Byline Times: “The UK Government has trumpeted its sanctions against Chinese officials over atrocities in Xinjiang, so it is deeply concerning that taxpayer money has been spent on partnerships with a Chinese police training provider that co-operates with its Xinjiang counterpart”.

Freedom from Torture published a response from the LPC in its report. It said “all our activities have been properly authorised and assessed” and that they have “not been involved in commercial activities with police academies or universities in China since at least 2019”. Freedom From Torture disputes this, saying it has evidence of LPC engagement with Chines institutions until late 2021. The partnerships were removed from LPC’s website last month.

From London to Xinjiang

Freedom from Torture’s investigation found that until April 2022, LPC’s website showcased partnerships with eight different universities in China – at least some of which have ties to policing in Xinjiang.

These include a five-year partnership funded by UK-aid money through the British Council in China with Hunan Police Academy and Shanghai Police College. The former cooperates with, and has training exchanges with, Xinjiang Police College, which was sanctioned by the US in 2019 for its role in human rights violations.

According to official guidance, an Overseas Security and Justice Assistance Assessment should have been carried out on the partnership. However, the British Council informed Freedom from Torture that no assessment was carried out in relation to the LPC-led education project, despite the use of UK overseas development money. This raises questions about whether the UK Government was in breach of its own guidelines.

The links go deeper. The LPC is also a Vice-Chair of the Beijing-led International Forum on Police Education and Cooperation. Through this forum, the report states the LPC has been in “direct contact with Xinjiang Police College”. What’s more, Freedom from Torture has found that the LPC partnered with China’s elite national policing university, The People’s Public Security University of China. The college provides training and personnel to police forces in Xinjiang.

Rahima Mahmut, UK Director of the World Uyghur Congress, told Byline Times: “The failure to conduct substantial human rights due diligence on services linked to China results in the British taxpayer inadvertently funding the mechanics of genocide. I urge all implicated in this report, including the UK Government, to take immediate action to ensure all links to these violations are severed”. 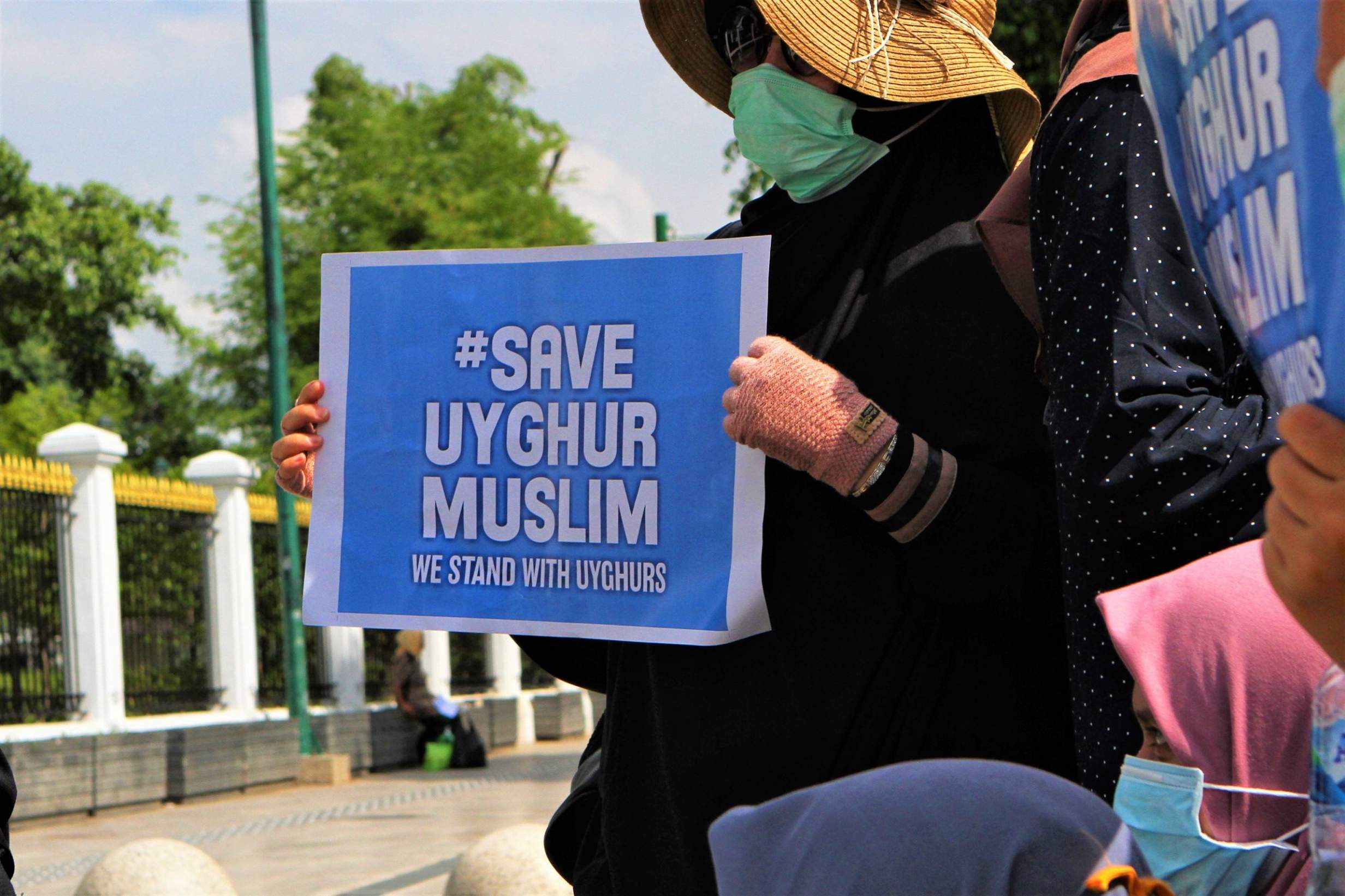 The Chinese Government carries out its atrocities against the Uyghur Muslim population under the guise of “counter-terrorism”, with propaganda claiming that Xinjiang is the “main battlefield” against “terrorism”. Its “Operation Strike Hard” against the Uyghur minority was launched in 2014, following an attack by a group of Uyghur men on a rail station. President Xi Jinping told local authorities to respond with “absolutely no mercy”.

Since then, the arrest rate of Uyghur people has increased dramatically, with criminal arrests in Xinjiang making up one in five of all arrests in China – despite only representing one in 60 of the population. Uyghur Muslims are held in concentration camps, where they are allegedly tortured and abused.

Analysis of medico-legal reports by Freedom from Torture’s expert doctors between 2012 and 2019 found that for seven Chinese nationals who had come to the UK for sanctuary, all incidents of torture had been carried out by police. Former detainees have accused Xinjiang’s police forces of carrying out the torture which includes electric shocks, being hung, and beaten.

“Having translated dozens of testimonies from concentration camp survivors and those that have recently fled the region, I am well aware that police forces in China play an active role in the genocide currently being perpetrated against my people,” said Mahmut.

Public reporting in China by the People’s Public Security University of China regarding its relationship with London Policing College has focused heavily on training in counter-terrorism training, with a particular emphasis on learning about the UK’s Prevent strategy. The controversial Prevent strategy has been much criticised for its focus on the UK’s Muslim community, its potential stifling of freedom of expression, and incidences where children have been referred to the scheme for showing solidarity with the Palestinian people.

In contrast, the Chinese Government has praised the Prevent Strategy, saying that “the concept of preventative intervention … is especially important to maximally weaken the impact of terrorism”.

Considering China’s praise for the UK system, and its disguising repression and genocide in Xinjiang as “counter-terrorism”, Freedom from Torture warns that there “appears to be a significant risk that learning and exchange on counter-terrorism with a British provider with close ties to the UK police and Government, is being exploited to legitimise abusive policies targeting minorities, and align them with global counter-terrorism efforts”.