Sasha and his parents spent the early days of Russia’s invasion of Ukraine hiding in a basement as shells rained down on their village just outside Kyiv.

Under fire, their options were limited. Sasha’s father needed to stay in Ukraine and fight – men aged 18-60 are banned from leaving the country. His mother couldn’t leave her seriously ill parents, one of whom was dying from cancer. Eventually, they made the most painful decision any parent can take. They hugged 15-year-old Sasha goodbye, and sent him away with his aunt Nataliia.

“Soldiers and tanks came to our village”, Nataliia told Byline Times. “We packed a bag and got on a train to Kyiv. When we arrived at the capital city, it was crowded, there were so many people trying to get out. We didn’t even want a seat, just to get on a train to the border. We were staying in the open air, sleeping in the station. We ended up travelling to Ternopil – a journey that normally takes three hours, instead it took all night. From there, we got the last two seats on a bus to the Polish border”.

Nataliia becomes tearful when she describes how the pair of them arrived in Poland. “We didn’t know where we were going, the driver just said they would find a road that was acceptable,” she explained. “Finally we got there, we had to sleep under the open sky. It was night time. It was so dark and so cold”.

While Nataliia and Sasha moved from town to town in Poland, eventually travelling to France, Laura in England was applying to be a host for the Homes for Ukraine scheme.

The scheme was launched by the Government to match vulnerable refugees with host families in the UK. Within days of the scheme being set up, thousands of families offered to open their doors to people in urgent need.

Nataliia and Sasha were matched with Laura on 19 March. But nearly two months later, they remain in France, waiting for their visas to arrive. They speak to Laura every day, who has been doing everything in her power to get them to the UK.

With each day that goes by, the desperation grows. Some days Sasha barely lifts his head up from his pillow. He misses his parents, his friends, his school. Hope seems to slide further away. 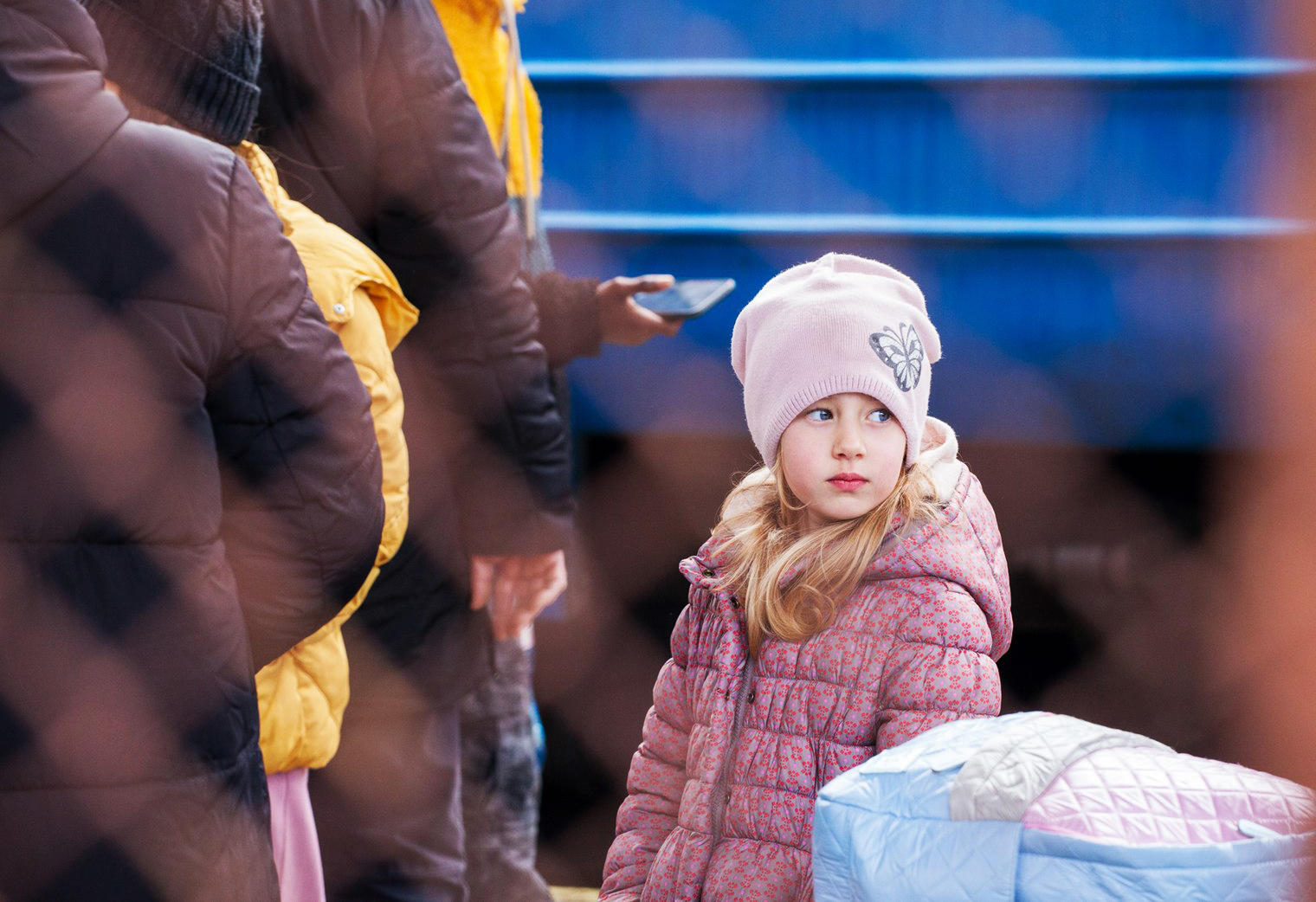 Nataliia and Sasha first applied for a Homes for Ukraine visa in March. Then the wait began – and the desperate search for paperwork that would allow the pair to come to safety in the UK.

In order to allow Sasha and his aunt to come to the UK under the scheme, the family needed to provide proof that his parents had entrusted him to Nataliia. They were told to upload a copy of his mother’s passport, to guarantee that he had her permission to travel. Next they learnt that the passport copy was not sufficient. In order to get the visa, a new set of official documents were required showing that Nataliia was Sasha’s legal guardian.

Back in Ukraine, Sasha’s father travelled between the frontline and a lawyer’s office to get the documents Nataliia needed, while his wife cared for her ailing parents. This was not easy – nor was it cheap. The documents needed to be paid for and translated before they could be provided to the Home Office.

With the documents in place, Sasha and Nataliia thought the path to the UK was clear. Then everything fell apart. In order to safeguard minors from traffickers, the Home Office announced that visas for minors travelling alone or with adults who are not their parents were ‘deferred’. The pause means that many children have no safe route into the UK from Ukraine.

In despair, Laura contacted her local MP who explained that “essentially, no visas are being approved for unaccompanied minors (even with legal guardianship document) unless we can prove that the parents are unable to travel”. The MP advised that Sasha’s parents provide evidence that his grandparents are sick and that is why his mother has remained in Ukraine.

However, a letter seen by Byline Times from the Ukrainian Embassy in London suggests this advice is not correct and that Sasha and Nataliia should be able to come to the UK with the documents they have already provided.

The letter, dated 11 May, states: “Hereby we confirm that the permission signed by the parents and certified by notary authorities or City Council in Ukraine, the Guardianship Service, is sufficient for travel minors out of Ukraine during martial law in Ukraine”.

It added that children over the age of 16 can travel from Ukraine, and that the Ukrainian authorities “don’t block visa applications for unaccompanied minors”.

Further correspondence between Laura and her MP revealed there is no data sharing between the UK Home Office and Ukraine’s Government, and so the UK “cannot certify the legal guardianship documents”. The two governments are apparently working to resolve this.

While there are important safeguarding concerns for minors at risk of trafficking and exploitation, families like Sasha’s are now stuck in limbo, living day-to-day in refugee accommodation and waiting for answers that never seem to come.

Sasha becomes more quiet and withdrawn every day. “He is very sad,” Nataliia told Byline Times. “He speaks to his mother every day and to his father when he can”.

Nataliia is grateful to women like Laura, and to the many people who helped her and Sasha as they travelled through Poland and to France. “We met a lot of good people and are helped by many kind people,” she explained.

But her frustration at the delays and the lack of communication from the UK Government is clear. “It’s 56 days of waiting, of not unpacking our bags because we go to bed at night with hope for the morning,” Nataliia said. “We do not get information and I can’t understand what more we can do or what more papers we can provide. It does not help my nephew”.