Wheat WarsHow the Conflict in Ukraine is Afflicting North Africa

As the conflict in Ukraine continues to run its devastating course, the chaos of war is spilling beyond its casement. The reverberations of the fighting now seem to be travelling down the Black Sea, into the Middle East and Africa.

Ukraine is known as the breadbasket of Europe, but it is not only Europe’s food security – and, in large part, political stability – that is at stake. When it comes to critical food imports, such as wheat and maize, Europe is relatively sheltered from the conflict. Because, while the same cannot be said of energy and fertilisers – the bulk of which originates in Russia – it is countries in the Middle East and North Africa (MENA) region that are much more vulnerable to the inadvertent food costs of this war.

Many countries in MENA import vast quantities of wheat from Ukraine and Russia; they also consume more wheat per capita than the global average and, as such, are vulnerable to the knock-on effects of the fighting.

Global wheat prices have soared to record highs over the last month. Russia’s invasion has made wheat coming from the region either extremely costly or entirely inaccessible. Trade routes have been blocked, infrastructure has been damaged or destroyed, and exports have ground to a near halt. Suppliers continuing to trade face prohibitive insurance premiums – part of the cost of doing business in wartime – and freight costs.

Compounding these issues are a raft of Western sanctions against Russia that have made trading with the country a much more complicated exercise, despite the fact that food does directly not fall under the restrictions.

If Vladimir Putin’s aim was to undermine global food security, Russia could have hardly picked a better target. Together, Russia and Ukraine account for around 30% of the world’s traded wheat. With the conflict raging on, an estimated 13.5 million tonnes of wheat and 16 million tonnes of maize are currently held in the two nations combined. Millions more tonnes are at risk; the harvest season for Black Sea wheat runs in the summer, and planting typically takes place in April. This year, the black fields of Ukraine may well run fallow. 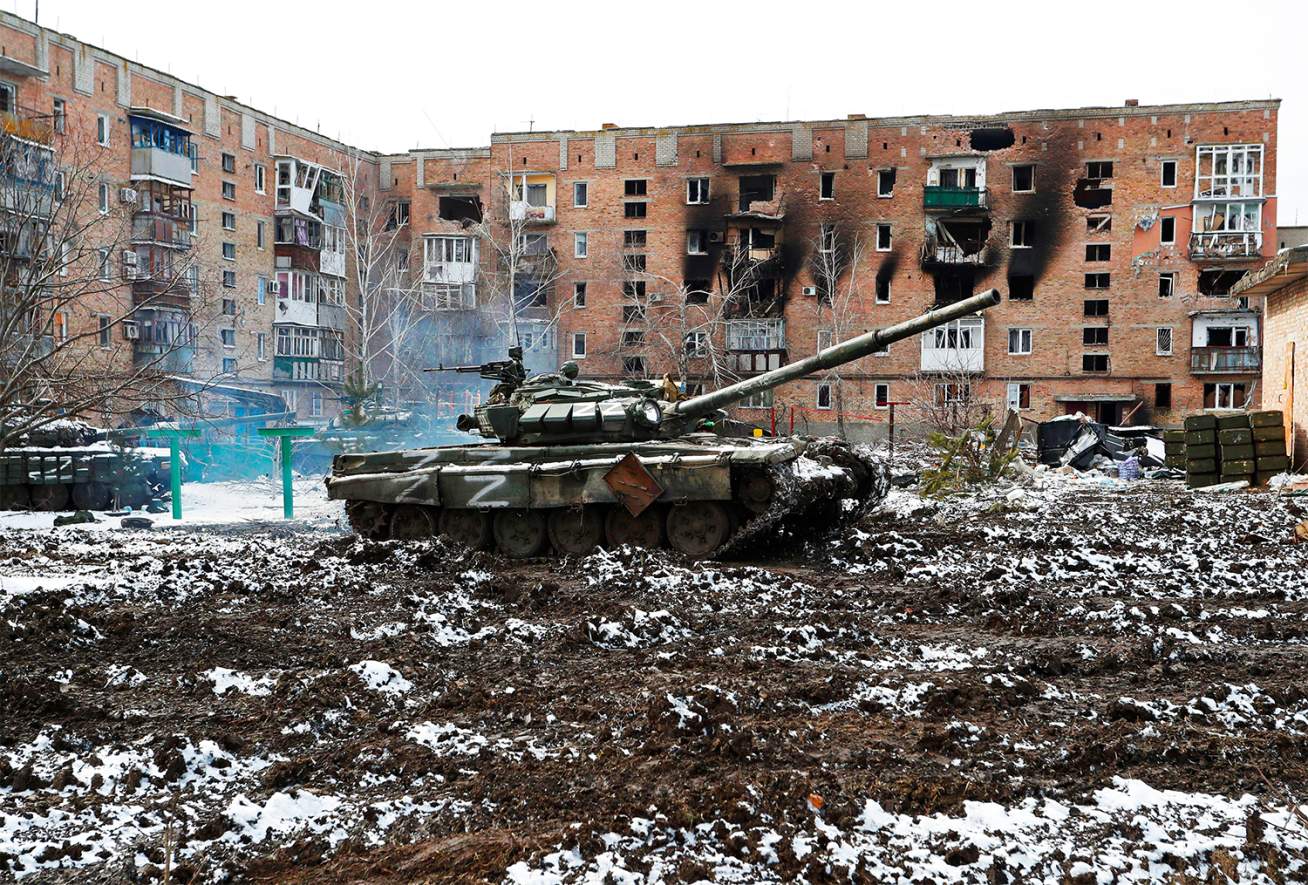 Just how bad this proves for food markets will hinge on the duration of the conflict. But even if it ended tomorrow, the risks to global food security are unlikely to dissipate. Farmers have been fleeing the conflict in droves and infrastructure has either been decimated or claimed by the invader. In addition, most of the country’s wheat production comes from eastern Ukraine – exactly where the conflict has been most intense. Patching up this breadbasket is going to take time.

Time, though, is a luxury that countries like Tunisia and Egypt cannot afford. The latter is the world’s largest importer of wheat and around 60% of its cereal imports come from Russia and Ukraine. The former is among the top buyers of Ukrainian wheat, accounting for half of its imports in 2019.

“Bread is the thing that fills the stomachs of the poor and the working classes,” says Fadhel Kaboub, associate professor of economics at Denison University.

For decades, a vicious cycle of import dependency has not been broken. Kaboub traces it back to the EU’s Common Agriculture Policy (CAP) which “forced farmers in the Global South to switch to cash crops which are very water and energy intensive, and gave governments dollar and Euro revenues to pay for energy imports”.

This, he adds, sustained an external debt trap and meant that poorer countries never developed the food sovereignty that would have shielded them from conflicts.

If anything, their import dependency has intensified. Consider Egypt, whose population has been outpacing increases in domestic production. Now its Government is facing a sky-high bill of $763 million that it may need to add to its bread subsidies programme, following the import disruption.

On the one hand, Egyptian officials have said that bread subsidy reforms may come up in the upcoming budget, and President Abdel Fattah al-Sisi has not gone to any great lengths to hide his contempt for the programme.

On the other hand, the Government seems to be desperately trying to contain the fallout. On top of banning staple food exports, it has capped the price of unsubsidised bread – which has soared in recent weeks – and said that its wheat reserves are enough to last for the next four months. It is also paying local farmers more to stimulate local production and diversify its sources of wheat.

Tunisia is in a similar squeeze. Even before the conflict, the country was facing severe flour shortages amid difficulties in securing import contracts and paying for shipments. This has in turn undermined its credibility as a trading partner, with “some suppliers now refusing to ship before payment is made,” according to Kaboub.

Timing is not on the country’s side, either. Ramadan, which is typically when food consumption is the highest, is just around the corner and expectations of more shortages have led to panic buying.

The country is cornered in another way, too. It will need to commit to “deep reforms” and public spending cuts if it wants a rescue deal with the International Monetary Fund (IMF). So far, axing its own bread subsidy has not been openly raised in the negotiations.

But that may not come as a surprise. “Since the 1980s,” Kaboub says, “the IMF has done away with the ‘shock therapy’ type interventions of removing bread subsidies. What has replaced that is shrinkflation, whereby the size of the loaf is gradually reduced and its price is gradually increased. We’ve had that in Tunisia for decades.”

Both countries, he adds, will ultimately need to “build resilience” and switch out of “deficient economic models”. In the short term, they might be tempted to cut bread subsidies to take some pressure off their exploding budgets. But doing so would also cause widespread hunger and possibly pave the way for social unrest.

History tells us that food prices and political instability often go hand in hand. And where food inflation is coupled with rising literacy rates and unprecedented access to information, it can mean the difference between unrest and revolution.

Consider the year of European revolutions: 1848. The ‘hungry ‘40s’ were a time of privation, famine and disease. In 1847, a Prussian Minister said: “The old year ended in scarcity, the new one opens with starvation. Misery, spiritual and physical, traverses Europe in ghastly shapes – the one without God, the other without bread.”

Trade had come to a near halt, grain crops had been decimated, food prices were through the roof. Protestors in Paris would soon give authorities a choice: “Bread or lead”.

The 1840s were also a time of relative enlightenment, with literacy rates rising rapidly around Europe in the first half of the century. And while the revolutions were largely acephalous and uncoordinated, widespread printed news and presses enabled the dissemination of political ideas across different nations which, in turn, fomented dissent. 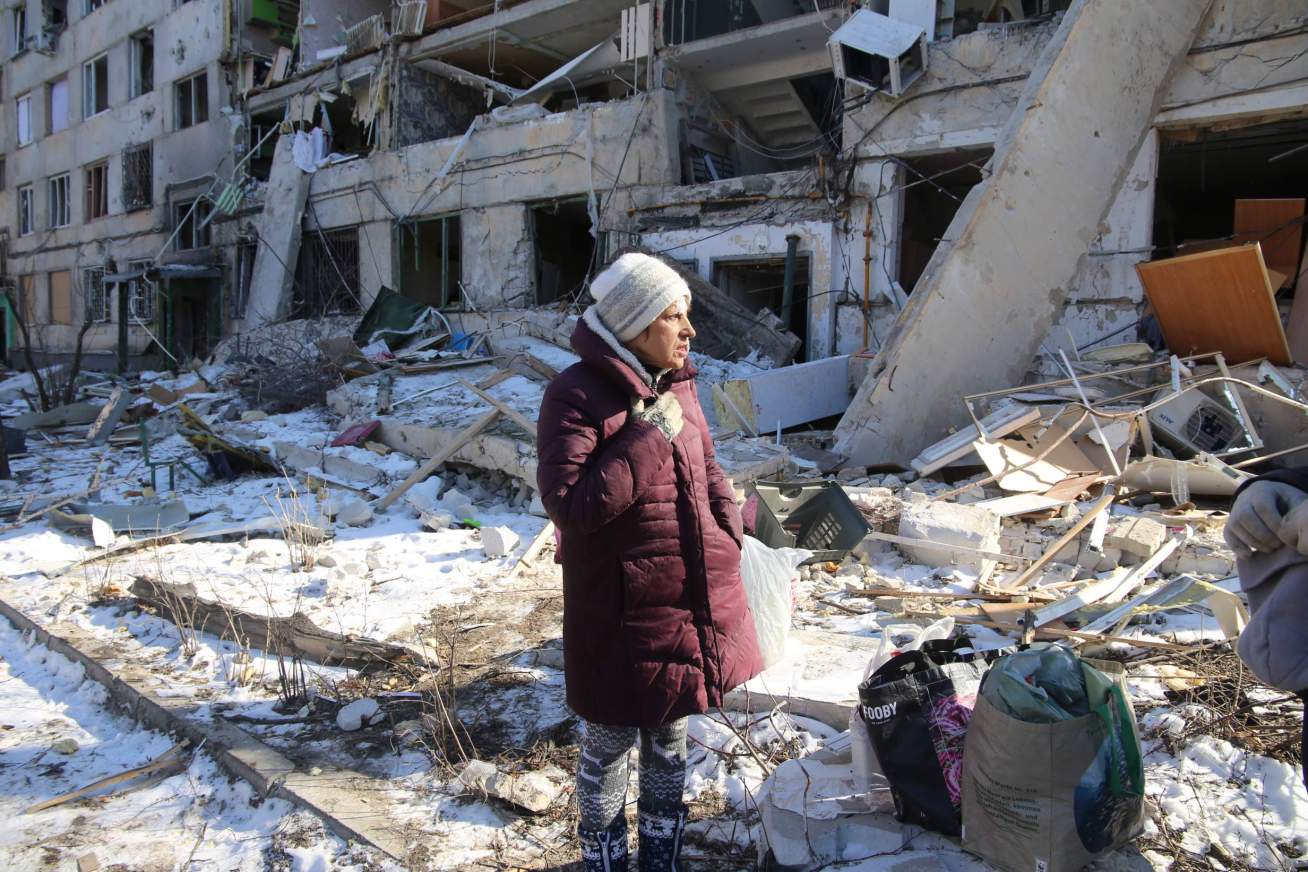 28 Days: 28 PicturesDocumenting the War in Ukraine

This dual role of food and revolutionary information was also central to the Arab Spring uprisings of 2011. Those events, which would unseat a number of tyrants, started with food riots in Tunisia and Algeria, but also coincided with the widespread dissemination of Wikileaks highlighting endemic corruption. Political scandal came at the same time as the UN’s Food and Agriculture Organisation (FAO) issued a warning: food prices were reaching record levels.

Arab regimes responded by increasing subsidies – a tactic that autocrats often rely on – but grain prices kept climbing and the release of vast amounts of incriminating and revelatory information on the embattled regimes led people to take to the streets. A popular chant during the uprising in Egypt was: “Bread, freedom and social justice”.

Over a decade later, those chants are more muted but there are familiar grounds for concern. Food prices have recently reached a new all-time high, topping the peaks of February 2011. This pre-dates the Ukraine conflict, so the revised outlook is even bleaker for some of the world’s largest importers of wheat. There has also been a swelling of urban centres in both Egypt and Tunisia – and any increases in the price of bread will stoke existing tensions and discontent.

In Tunisia, thousands of people have already taken to the streets to protest the rule of President Kais Saied, who seized power last year. The country’s economy and democratic transition may be hanging in the balance. The shockwaves of the conflict in Ukraine could not have come at a worse time.

The longer the conflict in Ukraine draws out, the more pressure these regimes will come under. Whether they or their people crack, remains to be seen.