Now sabotaging Russian tanks, Ukraine’s rich soil may be the prize that Putin seeks from his violence, write Dimitris Dimitriadis and Iain Overton

One of the salient features of the conflict unfolding in Ukraine are images of Russian tanks stuck in the thick, black earth of their opponent’s territory. Many people have taken glee at these instruments of Putin’s war being disabled by the very land they seek to conquer, but such images speak to more than just poor military equipment and planning.

For, while Ukraine’s muddy terrain seems to be controlling its invader’s tank operators, the ultimate control of that land – and specifically the country’s precious black soil – is at the centre of Vladimir Putin’s dreams of Russian expansion.

Last week, the Russian leader reportedly laid out his terms of a ceasefire with Turkish President Recep Tayyip Erdoğan. Reports say that whereas Putin’s rhetoric around the invasion of Ukraine has been emotional and ideological in recent weeks, and at times confusing and conflicting, the red lines for his peace deal are ultimately pragmatic: he wants land.

As the BBC reported, “the assumption is that Russia will demand that the Ukrainian Government should give up territory in eastern Ukraine”. Coincidentally – or not – eastern Ukraine is also home to the bulk of the country’s most productive land.

Putin is eyeing the sprawling flatlands that lie west of Russia’s borders, as well as Ukraine’s warm-water ports that offer direct access to the sea. These are not the ambitions of a madman – they are ruthless and hard-nosed demands that could help guarantee Russia’s food security and long-term financial and geopolitical position. 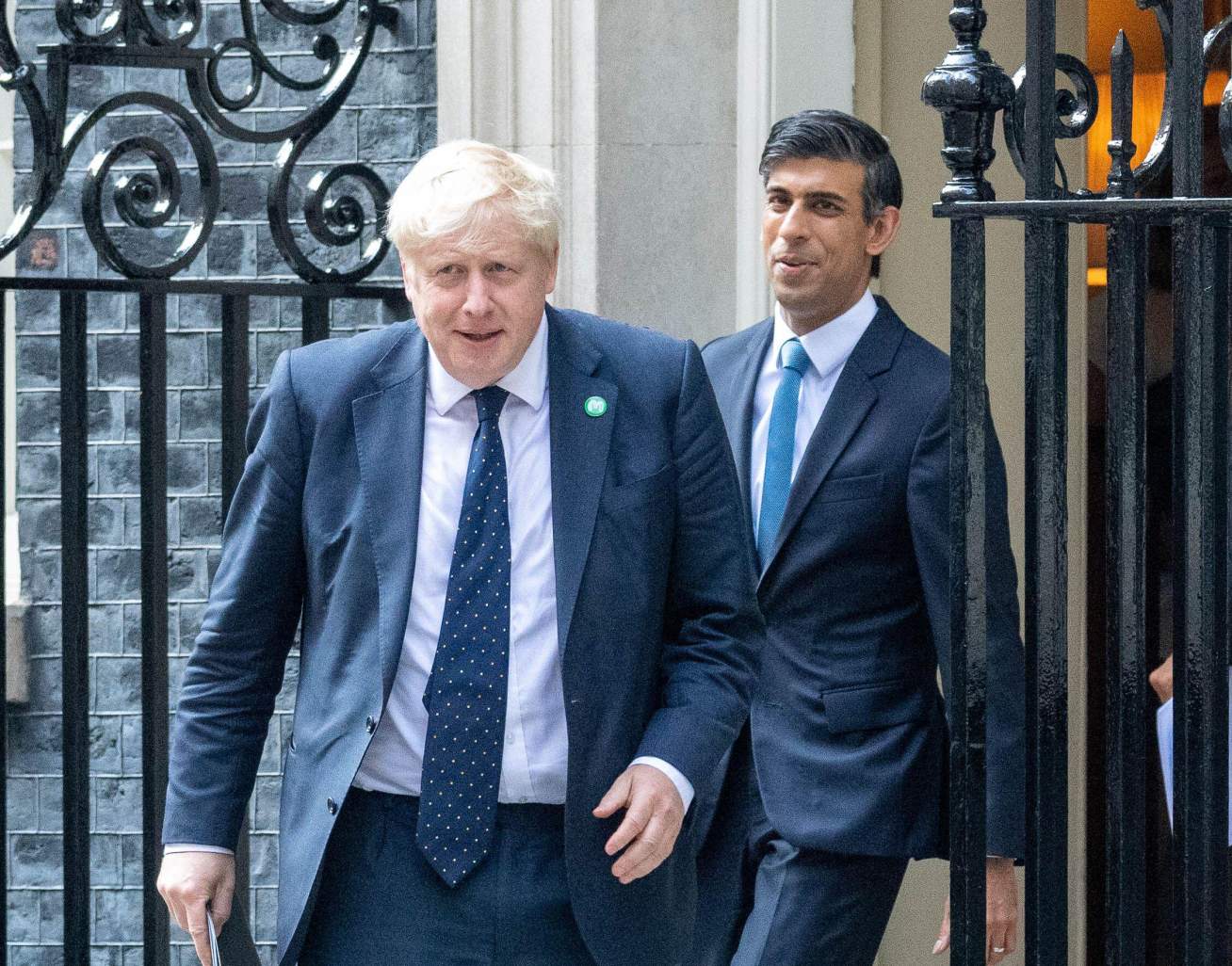 Putin may well feel that he cannot wait much longer to snatch these prizes from Ukraine. Climate change is already causing profound disruption to three-quarters of Russia’s territory in the arctic north. The world’s response to global warming has also raised questions as to whether fossil fuels, which account for almost half of Russia’s exports, are an assured long-term bet for the Russian economy.

But there are other reasons why Putin may have selected this time to instigate a land-grab. An often under-reported prize of Ukraine – something that untold numbers of people have fought and died to control over the centuries – is its black earth, or chernozem (чернозём in Russia). Such earth is deemed to be the richest soil in the world, and stretches from Moldova all the way east into Siberia, before coming to an end near Irkutsk. Ukraine’s topography – neither too flat nor too rolling – is also ideally suited to stable and reliable harvesting and land cultivation.

This thick black earth today covers more than half of the country’s land mass. Out of the country’s 42 million hectares of agricultural land – an area larger than Italy – 32 million are typically cultivated every year. This is equivalent to roughly one-third of the arable land in the entire European Union.

Ukraine, formerly the breadbasket of the Soviet Union, is now a major crop producer for the world market. Roman Leshchenko, Ukraine’s Minister of Agrarian Policy, last year said the country could, quite literally, “feed the world”. Ukraine typically accounts for 12% of global wheat supply and around a-fifth of global maize production, according to ING Bank and the US Department of Agriculture. In 2021, Ukraine’s wheat exports were worth around $5.1 billion.

It is impossible to know what truly motivated Putin to unleash hell in Ukraine, but winning back the former Soviet breadbasket could well have been a factor.

Putin may have also been concerned that, in a matter of years, this Ukrainian land could have been sold off to foreign corporations – a possible outcome of land reform policies initiated by Ukraine’s pro-Western government. Russia, and its army of oligarchs, would have been outbid; excluded from the spoils.

One academic wrote back in 2013 that, in Ukraine, “Land is considered as the last resource that was never fully privatised in the 1990s, as were other business such as the metallurgy and chemical industries.”

In a world dominated by technology, the value of land may seem arcane. But, to Russia, it is a precious resource. In 2020/21, about a-fifth of global wheat supply originated in Russia, bringing in more than $7.1 billion last year. With Ukraine, Russia could control around a-quarter of globally traded wheat, and even larger chunks of the global barley and maize markets. Ukraine is also the world’s largest exporter of sunflower seeds and its by-products, accounting for nearly half of global supply in 2020/21. The proportion rises to three-quarters if the two countries are taken together.

Wheat alone is responsible for around a-fifth of global human calorie intake. Rising bread prices can also be a harbinger of conflict and social unrest. Who controls wheat supply can shape global politics. And if Putin’s end goal is to gain a dominance on global food markets – alongside reliable, year-round access to winter ports and key trading routes – Ukraine could well be the means.

For Ukrainians, this is nothing new. For decades, if not centuries, the country’s land has been abused and exploited at the hands of invaders, foreign companies, oligarchs and Government elites.

Ukraine was at the heart of Hitler’s Lebensraum in the Second World War: to take control of Ukraine’s fertile land and use it to build a German empire. And there was the Holodomor, the artificial famine that Joseph Stalin caused in Ukraine back in the 1930s. To some, the black earth was as much a curse as a blessing.

Two decades ago, the Government put in place a moratorium, preventing the buying and selling of land but allowing long leases. The reason, it claimed, was to protect the interests of farmers and preserve the value of the land. It achieved neither.

Farmers lost out. They ended up entering long leases with often predatory terms, earning a fraction of what the free market would have dictated, with many of them sliding under the poverty line.

But the moratorium was a boon for foreign companies, large domestic businesses and corrupt Government officials. Land could not be sold but it could be leased, which opened the system to abuse. Contracts for leases were auctioned off or obtained via favouritism. President Volodymyr Zelenskyy has claimed that at least half of Ukraine’s state-owned land was illegally privatised by previous governments.

Foreign companies were hardly kept out, either. By 2020, Ukraine had ceded more than 3.3 million hectares of agricultural land to foreign investors. No country, other than Indonesia, tops that figure. Among the top investors were US private equity firm, NCH Capital, Cyprus-based UkrLandfarming and the Luxembourg company, Kernel Holding. State-owned funds from Saudi Arabia and China, and the Renaissance Group, a Russian company, also held significant leases. 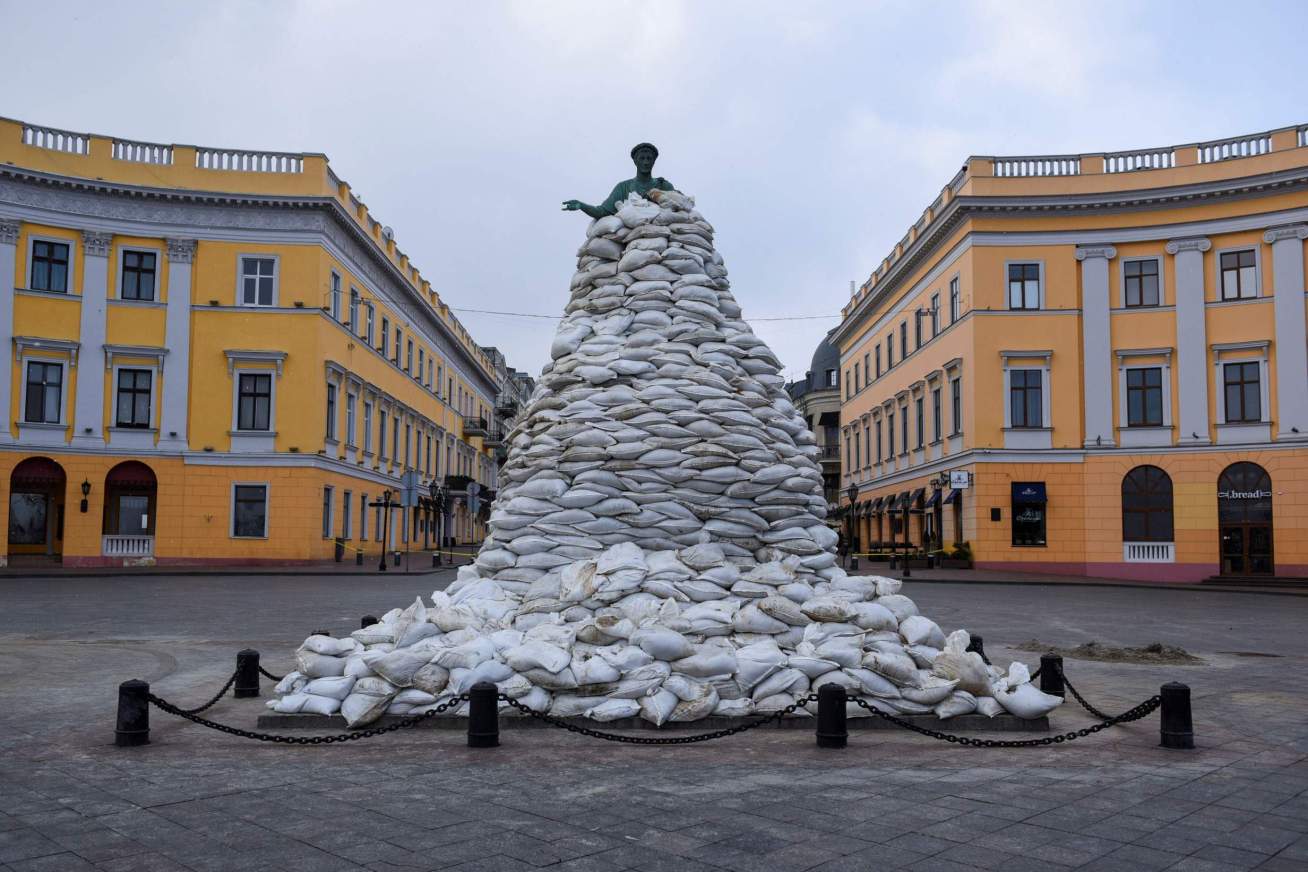 To make matters worse, agriculture became more and more intensive and extractive over time, with adverse effects ranging from significant soil erosion and contamination to loss of biodiversity. A report warned that, unless drastic reforms were made, up to 40% of Ukrainian farmland was at risk of becoming infertile.

A year ago, in 2021, the moratorium was lifted. More than 42 million hectares of farmland became available to buy and sell. While foreigners were still excluded from ownership, there were plans for a national referendum. ‘Should they be allowed to buy our land?’ Ukrainians would be asked.

This must have disquieted the Kremlin. Since 2014, Russians have faced more stringent barriers than other foreign nationals in terms of land ownership in Ukraine – a response to Russian aggression in Crimea. These restrictions were poised to remain in place. Even if they would have been lifted – a slim possibility given Russia’s status as an aggressor – an open land market would have, at the very least, meant more competition.

Even ahead of the moratorium being lifted, pro-Russian voices in Ukraine opposed any suggestion of land reform. Consider former President Yulia Tymoshenko, who warned that lifting the moratorium on land sales would pave the way to civil war. Or the pro-Russia party, the ‘Opposition Platform – For Life’, which was part of an obstructionist faction that introduced more than 4,000 amendments to the land reform bill and repeatedly filibustered parliamentary proceedings.

Land reform has been decried by Kremlin loyalists and Russian media as more evidence of Ukraine’s increasing dependence on the West. RT went as far as to call it a “crime against their own country”, adding that it would harm the interest of farmers. The head of the self-proclaimed breakaway state, the Donetsk People’s Republic, said that land reform was an attempt to “regain the fertile lands of this region”.

None of these views should, of course, be read as a direct proxy for the Kremlin. What was on Putin’s mind when he invaded is anyone’s guess. But Ukraine’s seemingly endless black, rich earth – now the scourge of Russia’s tank battalions – almost certainly played a part in the calculations of invasion.