Rachel Morris explores how Boris Johnson got away with the ‘Partygate’ scandal, why his immorality has few consequences

The real opposition is the media. And the way to deal with them is to flood the zone with shit.

Donald Trump and his machine did it. The Conservatives, who certainly know the Bannon playbook, do it too. Let’s face it – this plan works.

Flood the zone with scandal after scandal, real or manufactured, withhold secrets and break every norm. If professional journalists can’t keep up with the stream of slurry, distraction, and democratic degradation, no one can.

Those who employ the playbook rely on this, and on the studied ignorance and indifference of seemingly the majority of the population. Some people know what’s going on, as far as they’re able to, and will fight for positive change. Some will burn it all down, just to warm their hands by the flames.

The rest – the vast majority – no matter how kind and thoughtful they are in their daily lives, within their immediate circles, maintain blissful ignorance until the smoke reaches their own street.

Unfortunately, bad governments rely on the apathy, gullibility, and the inaction of the well-meaning-but-disinterested to carry on doing whatever they please, while presenting a false facade of comradeship and blaming problems on outside groups, particularly immigrants.

Flooding the Zone is highly effective with the third group. They’re not paying much attention in the first place, and so any further confusion or whiff of scandal puts them off politics entirely.

The use of this strategy goes some way to explaining how standards in public life have sunk so low, so rapidly. It used to be that a single, relatively simple scandal could take down a public servant, or even a government. Not anymore.

In the 1890s, Liberal Party MP Jabez Balfour fled to Argentina, and was later imprisoned for operating fraudulent companies to hide financial losses.

The Marconi insider trading scandal brought down multiple Liberal ministers in 1912, and a few years later the entire Asquith Government was sunk, mid-World-War, over its failure to provide proper munitions to the front.

In 1949, a junior trade minister and a director of the Bank of England were found to have used their public roles and influence for private advantage; both resigned.

Corruption, nepotism, fraud, sexual scandals, misuse of power. Throughout history, and across the aisle, politicians behaved badly and paid a visible price. However, in the absence of a written constitution, only convention demanded formal consequences for a breach of expected standards.

But the ‘good chaps’ theory of government only holds if those in power are good chaps. Bannon has been influential in spreading the realisation that, as long as you don’t care, you will never face consequences.

The Death of the LastGood Chap

Our Departure from the Truth

As a result, not only do standards plummet, but deliberately so. The worse political environment, the better the strategy works, for apathy grows commensurately. And with so many stories flying about, it’s hard for any one scandal to have impact, anyway. There’s never a chance for a shared grasp of reality to become widespread anymore. For anger to take hold and for morality to kick in.

Remember how furious you were about ‘partygate’? Perhaps you still are. Many won’t be, now, not enough to press for change. The moment and the momentum were lost. Other, scandals, focused on Russia, have come along or – should I say – have been more widely reported and believed at last.

There will be pressure to see the results of the Metropolitan Police and Sue Grey inquiries into Johnson’s parties, but it’s unlikely to be enough. The partiers have already won in that, until recently, there would have been multiple, swift resignations. In reality, only Allegra Stratton has resigned. The rest seem to have weathered this storm. Flooding the Zone worked for them on two levels: lowering standards, then letting them get away with it all without loss of power. Loss of popularity appears not to concern them unduly, especially when their newspapers are now back on side.

What can be done, if anything, to restore standards to public life? We have the Nolan Principles of Standards in Public Life, which give some aspirations: selflessness, integrity, objectivity, accountability, openness, honesty and leadership.

The Law Commission wants the Nolan Principles to be given teeth, as compliance with them on a voluntary basis has become almost non-existent. 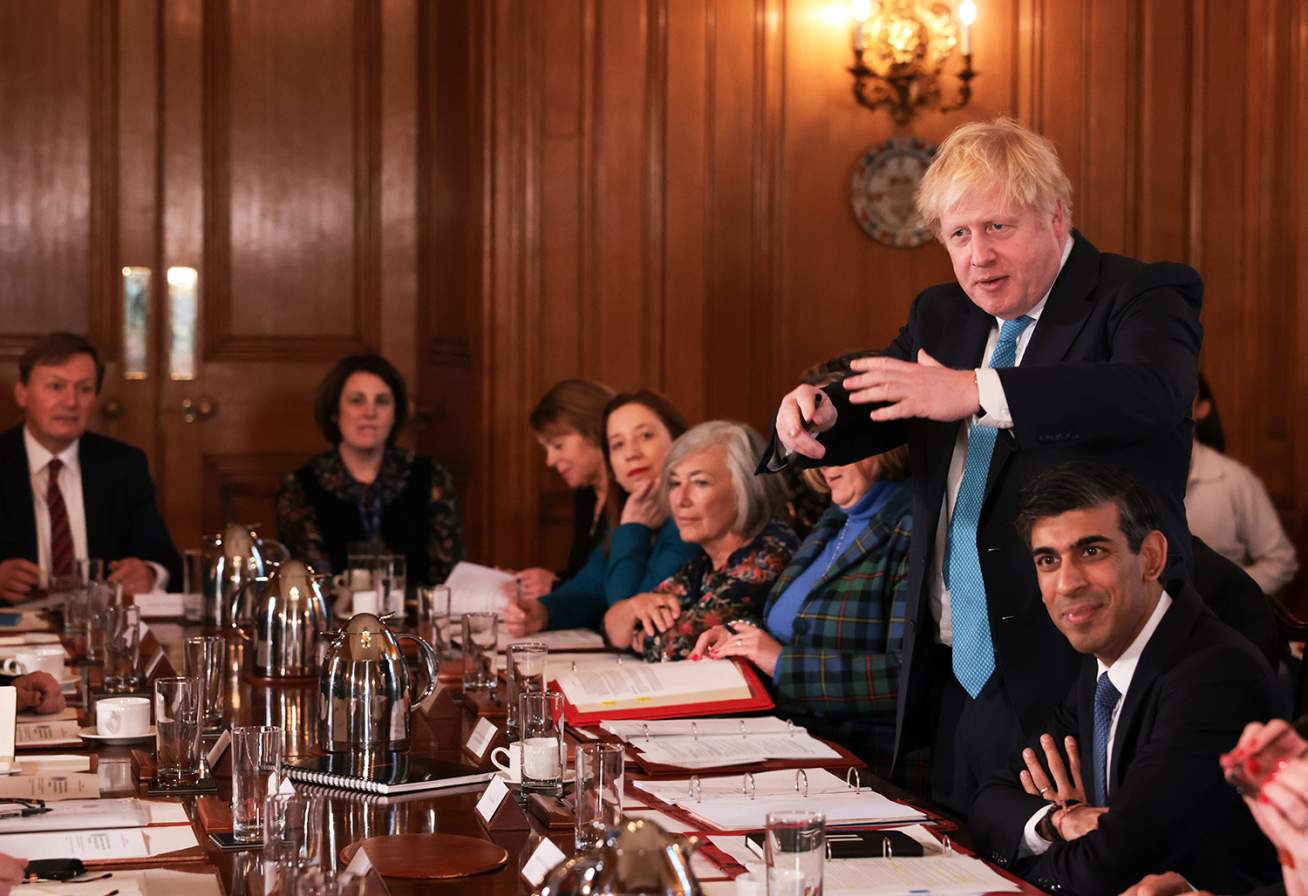 Yet, the damage to the public occasioned by Bannon’s playbook goes deeper. Bannon’s quote, in an interview with Michael Lewis for Bloomberg, suggests that Flooding the Zone is a tool for ‘handling’ the media, reducing its ability to ever expose the full remit of a government’s wrongdoing.

Whether intentionally or not, it also degrades trust and the very truth itself. People no longer know what to believe, so they choose to believe nothing.

A 2021 study described in the International Journal of Public Opinion Research looked at how exposure to initial falsehoods influenced subsequent belief judgments, and found that exposure to a less plausible statement decreased belief in subsequent statements, whether true or false.

In other words: every lie told – and there have arguably been more lies than truth these past two or three years – means more people who don’t believe anything. Between increased cynicism and a lack of bandwidth, is there any wonder that most people are apathetic?

Don’t get me wrong, Bannon didn’t invent this playbook. But he brought to US and UK politics a deluge of outrage, apathy, and misinformation, clogging up the democratic cogs and turning people to extremism and mass apathy. And now we’re all living in his warped reality.