‘What Can We Do to Help?’The Making of a Journalist’s Life

As war in Ukraine brings home the devastation faced by refugees and the need to recognise our shared humanity, Caroline Kenyon shares the story of her mother Barbara Brandenburger’s life – which placed helping others, even strangers, at its centre

Barbara Brandenburger, our mother, had only one response when she heard of someone in need: “What can we do to help?”

A campaigning journalist and co-founder of the UK’s leading charity for Bosnian Muslims, she was a champion of the dispossessed from the age of nine. She heard her grandmother making cruel comments about gypsies so, at her village school in Buckinghamshire, she took the hand of a little gypsy girl, shunned by the other children in the playground, and held on tight.

She was born in London in 1930, an only child. Her father, David, who never recovered mentally from his horrific experiences in the trenches of First World War France, came from extreme poverty in the East End.

Our grandmother, who gave our mother a lifelong love of literature, was the daughter of Ukrainian Jews – the father a tailor who made clothes for Queen Mary and taught himself English reading Dickens by candlelight. All four of his children sprang from their background – our mother was the only one of his grandchildren not to be privately educated; her cousins were at Harrow and St Paul’s.

He also made little dresses for his first granddaughter so our mother, growing up in Kentish Town where her parents had a shop, was dressed as exquisitely as a royal princess – a fact which caused her great social discomfort. She begged her mother not to have puffed sleeves as the other girls at school could not afford the extra fabric.

She told us of going to a friend’s home after school where the child’s father had TB. He sat at the table, pale as a ghost, and one small tin of peaches was produced. The contents were placed in a bowl and given to him, and he ate them, watched anxiously by the whole family.

1940 came and the Blitz. Contrary to the sentimental imaginings of those born after the war, my mother said that sheltering in the Underground was not at all jolly and full of people singing, but terrifying.

Her parents decided to leave London and chose Buckinghamshire. Our mother went to Aylesbury Grammar School and left at 17 to to go to St Godric’s Secretarial College in London where the other girls were debutantes and, she said, man-mad.

At 19, she met our father, who was 10 years older than her and had served in the war. He came from a diametrically opposed background – one of great pre-war privilege, he was tri-lingual, had governesses and nursemaids, winter sports in St Moritz, the Salzburg Festival.

This was the start of the rest of her life.

She began working at the BBC as a secretary. Her boss, Elizabeth Forster, spent her time writing knitting patterns, so our mother covertly took over her role as editor of an in-house magazine. Thus began her journalistic career.

At the same time, her marriage to our father was the university she had not experienced. He introduced her to theatre, music, art, history, food and also to an articulated, highly intellectual, pre-war liberalism. A liberalism shaped by witnessing the General Strike, his travels through 1930s Europe, a Swiss philosopher uncle, his father whose hopes of standing for the Liberal Party were dashed by the Wall Street Crash, his time in the Army in India, just at the end of Empire.

In 1963, our mother was commissioned by Bodley Head to write Working in Television, which for decades was the definitive work on its subject.

By then, her freelance journalism was flourishing. She wrote weekly for the Observer in its heyday under David Astor’s editorship, for the great George Seddon, and pioneered the big set piece interviews – John Fowles, Noel Coward, Richard Attenborough amongst many.

She started to write about social issues, particularly child development – adoption on which she became the acknowledged authority, especially hard to place children, gifted children, natural childbirth, children’s literacy, child abuse before anyone else was writing about it.

Our family life was rich in love and culture but, financially unpredictable. Nonetheless, our mother was determined that we should share our London home with another child. And through a charitable organisation, Rabia from Aldgate came into our lives. She came to stay with us from the age of nine, most school holidays, for many years.

Towards the end of my schooldays, my friend Sara was afflicted with a cruel blow. Both her parents who, by that stage, had become good friends of our own, died separately of illness. There was simply no question that Sara should come to our home. For the rest of their lives, our parents regarded her as their daughter.

Our home was always open house. Old and young, lonely, grieving, abandoned, confused, whatever the need or frame of mind, everyone turned up on our doorstep, in the certain knowledge that our mother would take them in, listen, comfort, counsel and nurture them.

During difficult years of caring for her own elderly parents, she somehow managed to write a second book – a handbook for teenage girls, which was quite ground-breaking at the time. She did not enjoy it and fell out of love with writing.

After her parents died, she and my father moved to Parsons Green. These were really happy years – they went to countless festivals around the country, concerts, plays, enjoyed hosting family and friends at home and out in restaurants, several wonderful summers in Tuscany at the villa of their dear friend Edith, so very John Mortimer.

Then, in 1992 war broke out in Europe, in the former Yugoslavia. Our mother watched the news in her lovely sitting room and saw that Bosnian Muslims were being murdered.

She had met Claude Murray – the mother of my brother’s and my great friend Julia – and immediately the two mothers bonded. Together, they launched the multi-faith charity, the Bosnian Support Fund. Within three weeks, they gathered together 1,000 bags of warm clothes and arranged a lorry and driver to take them across Europe for Bosnian refugees, before the harsh winter arrived.

Then they determined to find a refugee camp to support. I waved them off at Heathrow for their flight to Slovenia, by then at peace. They were already in their 60s and looked so touchingly vague at the airport; I realised neither of them had made an independent trip like this in their 40 years’ of respective marriages.

Undeterred, they made their way to Ljubjana and were supported in their investigations by an interpreter, a 17-year-old boy called Faja, who helped them to find Harastnik camp. With 200 refugees, the Bosnian Support Fund focused its aid here for a decade. Our mother and Claude fundraised for basic supplies, clothes, dentistry, therapists and, ultimately, once peace was established, for resettlement back home. They recruited Bernard McMahon, a retired army colonel, as their field worker, in recognition of which he received an MBE.

When our mother and Claude were back, they could not forget their teenage interpreter. On his own in Ljubljana, his family were under siege in Sbrebenica, a place now irrevocably associated with a horrific massacre. Faja told Barbara and Claude he had represented Yugoslavia in the International Physics Olympiad, a global competition for the most outstanding students.

Home in London, our mother was at a family wedding and sat next to a schoolmaster, a physicist. She told him the tale of Faja. He said he would speak to someone he knew and, before long, Faja received one of four international, all fees paid scholarships to Oxford and arrived at Keble College, where a few years later, he was awarded a top First. 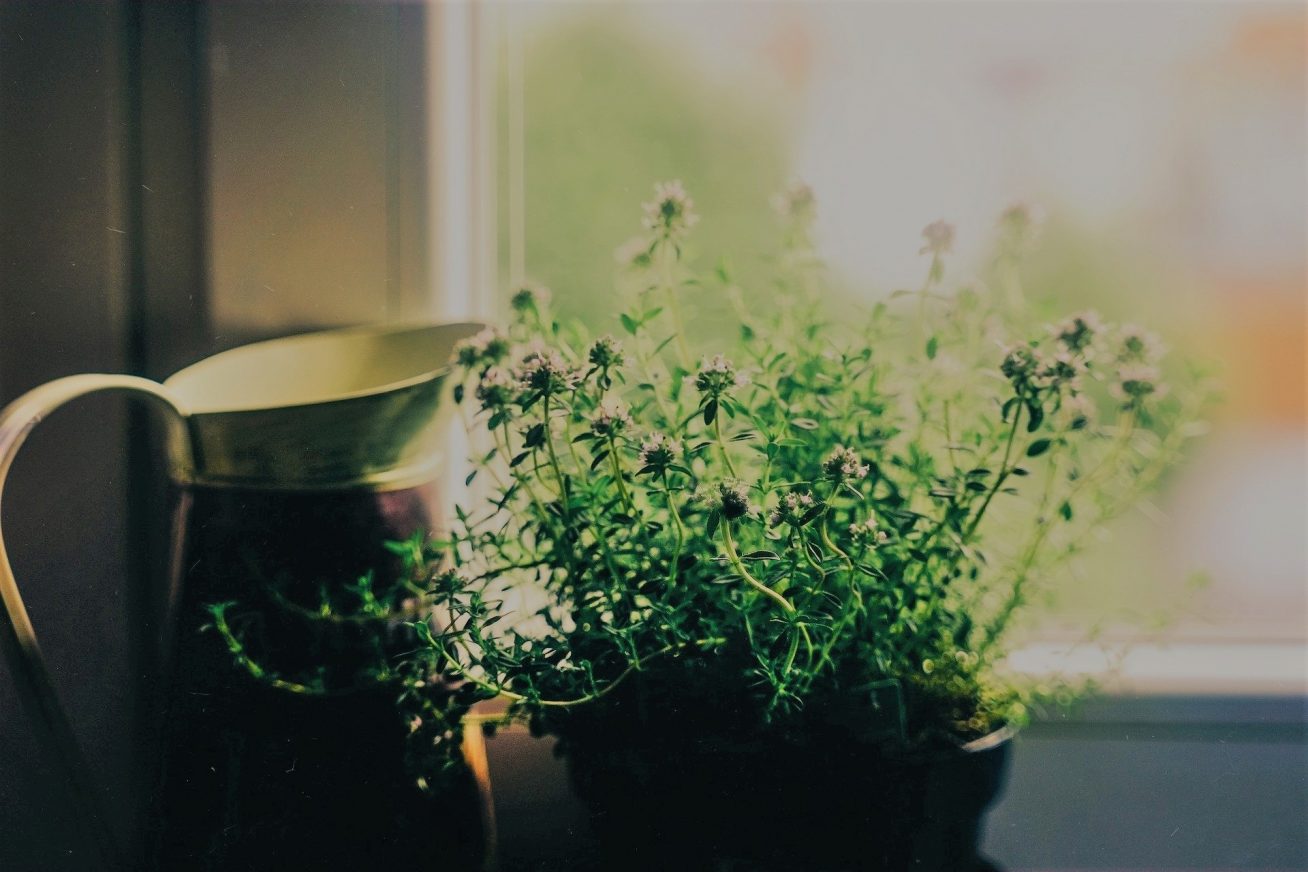 The Bosnian Support Fund attracted support across the board – from rabbis to bishops and imams, from Yasmin Alibhai-Brown to Lynn Reid Banks, from Paddy Ashdown to Corin Redgrave. Through Corin, our mother became friendly with Vanessa, and when the moderate leader of the Chechen rebels, Vladimir Putin’s enemy, arrived at Heathrow, it was to our parents’ house that Vanessa brought him.

Though the charity was born of tragic events, our mother found running it deeply fulfilling. She loved collaborating with Claude and they gathered around them a remarkable team of volunteers. When it came to a natural end, she looked repeatedly for something to do where she could make a difference.

Once, straining her ankle with some over-energetic exercises in her late 70s, she asked the doctor on a Thursday if it would be better by Saturday. He looked doubtful and asked her why – she’d been planning on taking part in a protest march.

However, by that stage, our father was becoming frail. A few years later, Barbara was diagnosed with cancer. She was, remarkably, at last, blessed with a clean bill of health. Poignantly, that period coincided with the rapid decline of our father’s health and his death.

Still, she always found that there was someone in need and her home was an unofficial citizens advice bureau.

One of the assistants in the Palestinian corner shop told her that he had spent years fighting for residency here; he was a trade unionist at risk of imprisonment or worse in Jordan where he was a Palestinian refugee. He had been separated from his family for over a decade. Eventually, he was given leave to remain and his disabled wife came to join him. Barbara, by now in her late 80s, went to a solicitor in the East End on their behalf to get the support for his wife to which she was entitled, battling her way up a perilous staircase to the lawyer’s office with her walking stick.

The past two years have been extraordinarily hard for everyone in different ways. Caring for a beloved mother at the end of her life was not easy but, in a global pandemic, it was even harder. It pushed us to our physical and mental limits. Nonetheless, she died as beautifully as she lived.

Until the very last, she would say, with the sweetest of smiles, to a doctor, nurse or carer: “Of course, I was a journalist, you know.”