The calm and quiet streets of Kyiv on Tuesday morning belied a simmering anger among Ukrainians, just a few hours after Russian President Vladimir Putin said that their country had no historical right to exist and ordered “peacekeeping” troops to cross the border in the east.

“This old prick attacked everything that Ukraine has,” one woman told Byline Times. “It’s sovereignty, freedom, history, and independence. He attacked us for the fact that we exist as a nation and believe me, he will not stop.”

During a rambling speech broadcast to the Russian people, Putin rewrote the history of Ukraine – a sovereign democratic nation that earlier this year celebrated the 30th anniversary of its independence. Instead, he claimed it had been “entirely created by Russia”, that it had “never had a tradition of genuine statehood” and was simply “a colony with a puppet regime” that had no right to exist.

“It’s full of hand-picking historical arguments that suit his position and ignoring the rest,” journalist Maria Romanenko said. “Anyone who studied history outside of Russia will know that. It’s ridiculous.”

Lyudmilla Zubchenko, a 66-year-old languages teacher, said that the speech was a “horror”, a “perversion of history” and showed nothing but “hatred for Ukraine”. She added: “He believes that no one and nothing will stop him.” 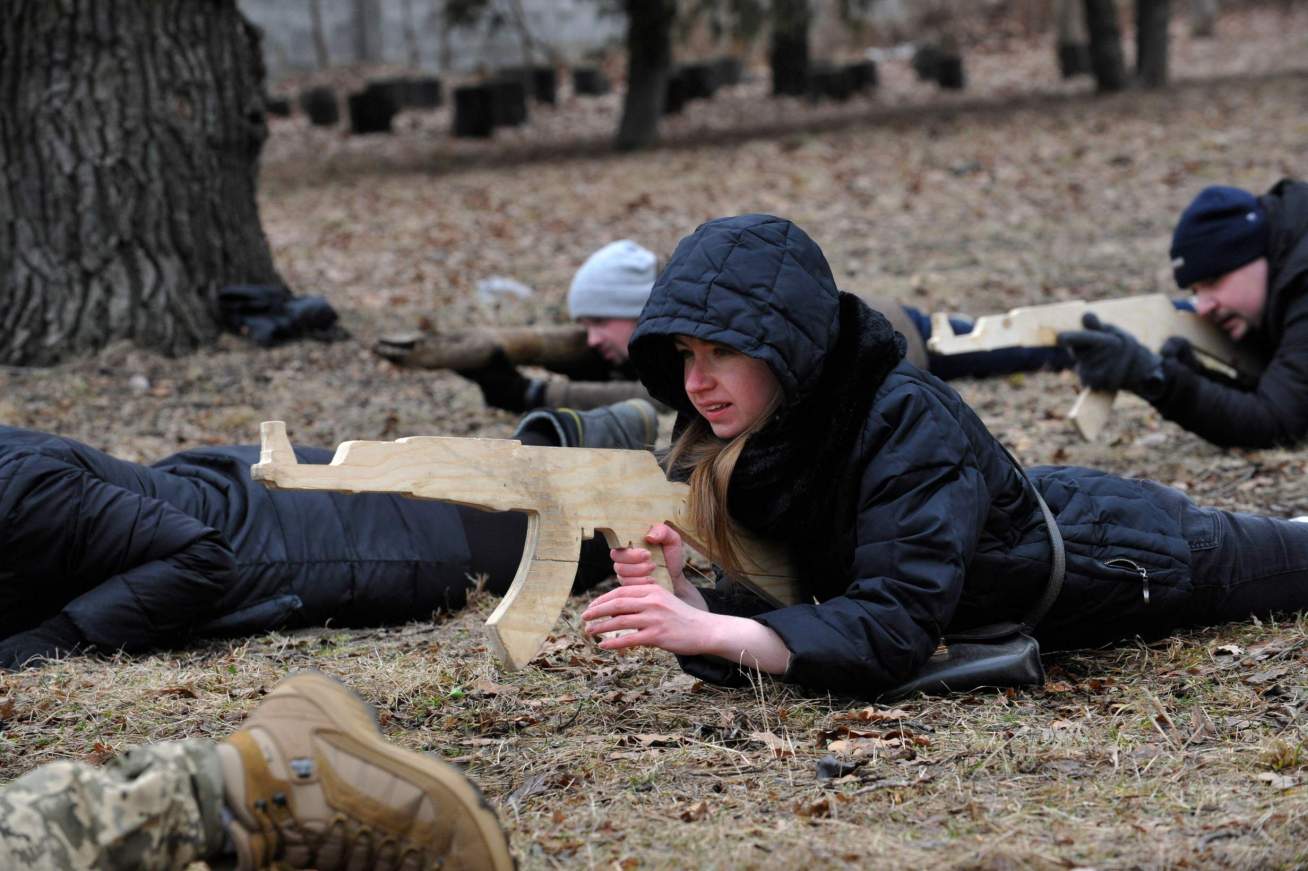 Ukraine is a Warning Shot– This is About Us All

Sitting in the unseasonably warm sun on Kyiv’s Maidan Nezalezhnosti square, 58-year-old Viktor told Byline Times that “Putin declared war on Ukraine”. His sentiment was echoed by others.

It was “a very distressing, aggressive speech,” said Oleksandra Tsekhanovska, head of the Hybrid Warfare Analytical Group. “As a person who has experience in watching all kinds of Russian statements, I think this statement was one of the worst. It is an open threat towards Ukraine’s very existence and towards the whole architecture of global security.”

The West’s response is still emerging, but the UK, US and EU will apply sanctions and Germany has announced that it will not go ahead with the NordStream 2 gas pipeline. Whether or not this is enough to deter the “full-scale invasion of Ukraine” that UK Prime Minister Boris Johnson has said Putin is determined to eventually conduct remains to be see.

The fear in Ukraine – as well as among governments in the West – is that the arrival of “peacekeeping” troops in the east of the country will just be the first move of many that will encroach further and further into the country.

Russia has yet to clarify if these troops will occupy an area adhering to a long-simmering frontline already established between Ukrainian and Russian forces, or if they will push to take the full region – which would undoubtedly lead to full-scale conflict between the two sides.

Where this new frontline could eventually end up is anyone’s guess. But in Kyiv, at least for now, the thought of a European capital coming under attack from missiles and tanks still seems remote. 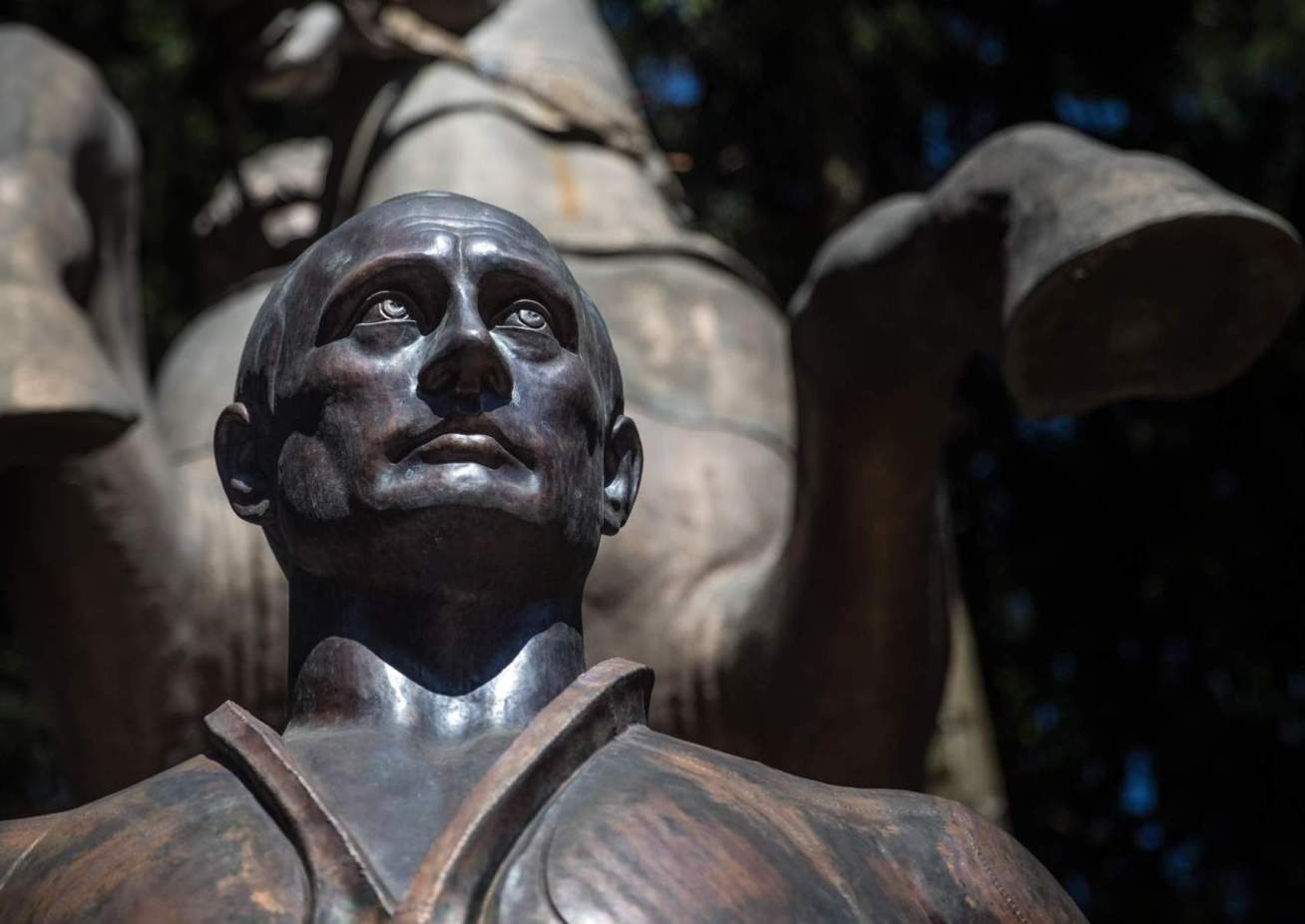 Putin Holds Up a DarkMirror to Boris Johnson

“Despite the calm, today I was a little nervous,” Jany Savy, 37, told Byline Times. “These events begin to shake the morale and you start to think over a plan of action in case of a full-scale war. But then you calm down. Putin, although he is a madman, does not need to bomb Kyiv and the whole country.”

Sweeping the ground outside of the coffee shop he works at on Maidan Nezalezhnosti square, 22-year-old Bulat is also optimistic about the prospects for Kyiv. “There won’t be war,” he said. “There might be fighting near the border, but there will not be war here in Kyiv.”

Regardless, the events of the past 24 hours are at least a serious escalation in the conflict between Ukraine and Russia, and potentially the start of a major redrawing of global power balance.

With a resigned sigh, Viktor added: “I hope the situation gets better but I think it will get worse.”

For Ukrainians, this is a conflict now in its eighth year and dealing with Vladimir Putin is long overdue – despite the crisis only recently garnering widespread media attention.

“It is finally the time to get sober and get rid of all illusions of Russia as a potential ally, partner, or anything else that can be described by the democratic vocabulary,” one woman said. “And I hope Europe finally realises that.”