Is an Attack on Ukraine The First Step of a Sino-Russian Pact?

Despite Norway’s record gold medal haul, which saw them topped the medal table at the Beijing Games, it was Russian President Vladimir Putin who dominated and overshadowed the 2022 Winter Olympics, from the opening ceremony on 4 February to the extinguishing of the Olympic flame a full two weeks and two days later.

Will Russia invade Ukraine was the question on the international media’s lips, not which skier will win take home gold in the Games’ blue-ribbon event – the men’s and women’s downhill. This question was answered on Saturday, when Russian backed separatists began shelling targets in eastern Ukraine, according to local reports.

One of the least discussed aspects of Russia’s march to war against a sovereign European nation is the role China has played in creating safeguards for Moscow in the event of diplomatic and economic retaliation from Europe and the United States, with the leaders of both countries signing a 5,300-word joint statement on the eve of the Games that speaks of an “unprecedented” closeness between Beijing and Moscow.

“They share a common view on the international situation; they both believe the West is falling, that it’s in a constant crisis, and this gives them a chance to change the status quo,” said Jakub Jakobowski, a senior China fellow at the Warsaw-based Centre for Eastern Studies, in a recent interview. “The communiqué shows they believe they have a chance to be the leaders in changing this status quo”. 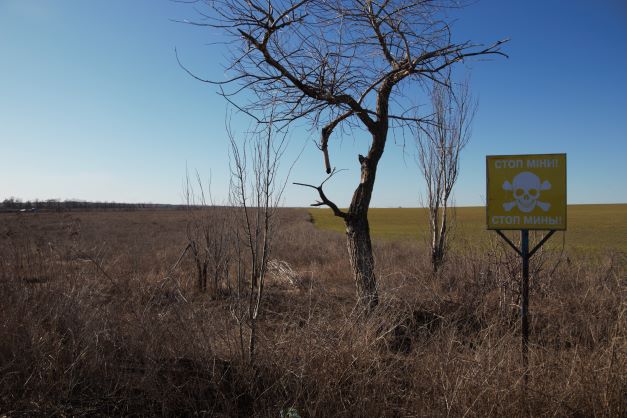 Ukraine Under Siege ‘We’ve Been at War Here for Eight Years Already!’

This new Russia-Sino pact has two broad objectives: Beijing to help Moscow kick the United States out of Europe, and for Moscow to help Beijing oust the US from the South China Sea.

Russia’s invasion of Ukraine is step one, with step two being China’s likely imminent invasion of Taiwan. Steps three through whatever will include a widening of these kinetic and hybrid military interventions.

During his recent visit to Australia, US State Secretary Antony Blinken didn’t mention China by name, but warned, “Others are watching. Others are looking to all of us to see how we respond [to Russian military aggression in Ukraine],” while three senior US officials told Bloomberg News that Beijing is gauging US response to Russian military aggression as a proxy for how the US would deal with a Chinese military attack on Taiwan.

This view is also shared by Hugh White, Australian National University emeritus professor of strategic studies, who warns that if the US shows a “lack of appetite” for a full-scale military conflict over Ukraine, then China will be emboldened to move on Taiwan.

“The more confident Xi is that the Americans understand they can’t win the war, the more likely he is to take the risk,” says White. “I think there’s a serious danger that Xi will convince himself that America won’t fight over Taiwan”.

In other words, a Russian invasion of Ukraine is likely to trigger a security crisis in the Indo Pacific region for the US and its allies, including Taiwan, Japan, South Korea, Australia, India, the Philippines, and Vietnam.

For this reason, analysts are recommending that if Russia invades Ukraine, then the US and its allies must also sanction China.

In a recent article for Foreign Policy, Aaron Arnold, a senior associate fellow at the Royal United Services Institute’s Centre for Financial Crime and Security Studies, argues, “Putin has found an economic lifeline in Beijing that only Washington DC can destroy”.

“If Washington expects to convey a credible deterrent against a Russian invasion of Ukraine using financial and economic sanctions, it will need to signal its resolve to impose secondary sanctions against China in the same breath,” says Arnold, who points to a new oil and gas deal signed between Moscow and Beijing worth more than $117 billion.

The US will need to move quickly, given China is likely to resume its military incursions into Taiwan’s air defence identification zone. A record 39 Chinese military aircraft flew over the island’s territory on 22 January, forcing Taiwan to scramble its fighter jets in response, which Taiwan has been forced to do more than 3,000 times during the past two years at a cost of nearly $1 billion to Taiwanese taxpayers.

These sorties are described not only as a “prelude to war,” but also have increased in frequency and force since Chinese President Xi Jinping declared in October of last year that the “reunification” of the country with Taiwan “must be fulfilled,” despite Beijing’s claims over Taiwan having no basis in international law.

But while Beijing has made no secret of its intent to take Taiwan by force, it’s unlikely the US will respond as meekly as it has against Russia over Ukraine. It’s inconceivable that President Biden, or any future US President for that matter, will rule out the use of military force in the South China Sea, as Biden has in eastern Europe.

It’s just a simple geopolitical reality that Indo Pacific, a region that will soon account for more than 50% of global GDP, means far more for US strategic interests than a former Soviet state that most Americans feel indifferently towards.

If the US does little or nothing to stop China from taking Taiwan, Beijing will be well on its way to “fulfil its ambitions to supplant the United States and our leadership role in the rules-based international order,” warned US Admiral Phillip Davidson, last year.

But the US must be proactive, not reactive to China’s military aggression, because Beijing is busy escalating tensions in the region, as illustrated last week when a Chinese People’s Liberation Navy vessel shone a military-grade laser at an Australian Air Force plane in Australia’s territorial waters.

Dan Blumenthal, director of Asian studies at American Enterprise Institute, argues there are an array of options for the US military to deter a Chinese military invasion of Taiwan, including the deployment of a small force to help protect Taiwan’s leadership and pre-position logistics and munitions on the island; initiate strategic discussions and joint military exercises between QUAD members Japan, India and Australia; and state clearly the punitive diplomatic and economic measures Beijing will suffer.

“They [the US and its allies] need good options, or the chances of doing nothing increase,” he says.

Ultimately, US hegemony in the Indo Pacific has delivered the region its longest period of peace and prosperity since time immemorial, but if this run is to continue uninterrupted, then the Biden administration must respond decisively, credibly, and forcefully if needed.