‘If it Happens, Then it Happens’Civilians in the Kremlin’s Firing Line

Chris York reports from the town of Kozelets, directly in the path of any Russian military advance on the Ukrainian capital Kyiv

For a woman who – at least according to the US Government – could find herself face-to-face with the Russian army any day this week, 57-year-old Vera Lomonos is calm and confident when asked about the threat of another invasion into Ukraine.

“We are at home, that’s why we’re not afraid. We’re home and that’s where we’re going to stay.”

Lomonos speaks from beside her small market stall selling bright, summery dresses and sheets, that contrast sharply with the frozen road on which she stands in the town of Kozelets.

Fifty miles north of Kyiv, home to around 7,600 people, and dominated by a large 18th-century Baroque-style cathedral, Kozelets is one of the population centres directly in the path of Russian forces should they decide to take or encircle the Ukrainian capital.

And while Kyiv has a plan – the Ukrainian army could attempt to slow the advance as best it can, while military and civilian fighters prepare a resistance or hide in bomb shelters – the fate of those who live in between the capital and the gathering Russian forces is currently less clear.

“There was some advice about having a packed suitcase ready but that’s all we’ve heard,” says Lomonos.

The comments are echoed by 52-year-old Lena Kotyk, selling coffees, cigarettes and groceries in a small shop in the centre of town. “It’s quite quiet here so we don’t have any information that anything is going to happen here so everyone is very calm,” she says.

“There’s nowhere to run to, we don’t even have bomb shelters in the village. The local authorities haven’t told us anything.”

Rather than spark panic, this lack of information about what to do in the event of a Russian invasion is in line with the Ukrainian government’s approach to the crisis, as it tries to keep its population calm and avoid mass panic.

Even as Western nations such as the US, Germany and the Netherlands relocate embassy staff to the relatively safer western city of Lviv and some international airlines cancel flights in and out of the country, Ukrainian President Volodymyr Zelensky on Saturday said: “Right now, the people’s biggest enemy is panic.”

He added that he was yet to see any firm evidence of an invasion in the coming days.

“I don’t believe a war is going to happen, I just live like I’ve always lived,” one woman told us as she packed up her market stall selling cured meats and sausages.

Shopping with his children, 37-year-old Pavel Yougov, said: “I don’t think there will be an invasion because if it was possible, it would have happened already.

“We stopped watching the news because it’s just politics.”

The mood in Kozelets could not be further from the international headlines being generated about the Ukraine crisis, as politicians in the West warn daily of an “imminent invasion”, missiles hitting cities “within minutes” of Putin giving the order and a possible refugee crisis not seen since World War Two.

Yet two Ukrainian soldiers stationed at a nearby military base who spoke on condition of anonymity, gave no indication they were prepared for anything remotely “imminent”.

“We don’t think it’s going to happen but if it does then we are ready to go and fight,” they said.

There is also a deeper apathy underpinning attitudes here to the ongoing crisis, a sense that events are far beyond their control. Almost every person interviewed by Byline Times repeated a version of “if it happens, then it happens”. 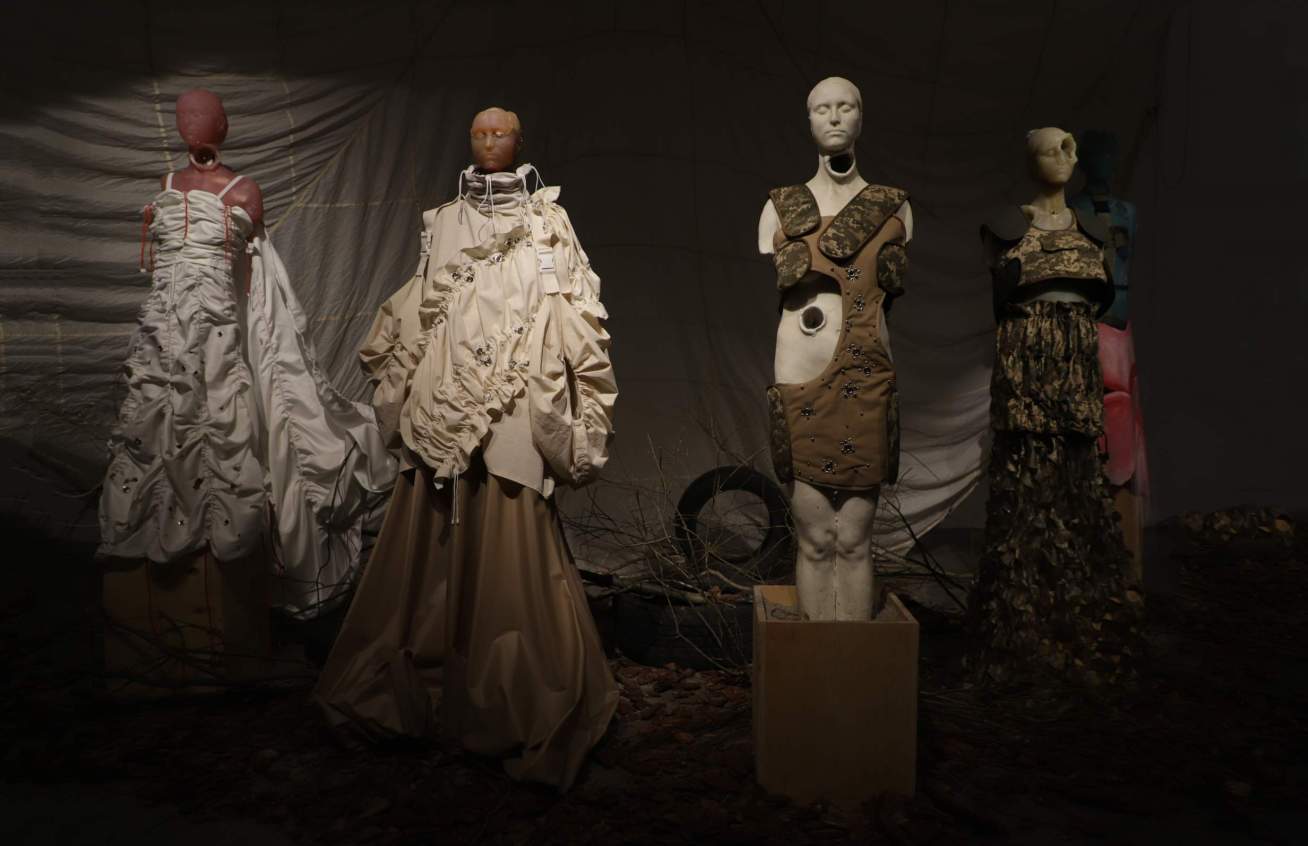 ‘The West Will Fight Russia To the Last Drop of Ukrainian Blood!’

“There’s not much reaction because the war probably isn’t between us as a people but more between presidents,” said 20-year-old Yulia Burun.

It is worth noting, however, that a recent opinion poll found 44.9% of Ukrainian civilians were prepared to take up resistance against Russia, indicating such apathy may not be widespread across the country.

Vera Lomonos places all the blame squarely on Russian President Vladimir Putin, saying he “wants to have a crown”, thinks he can enter Ukraine “as a saviour” and “needs glory and wants to be famous”.

“But if he starts to kill people he won’t have any respect and he won’t get what he wants,” she added

While the threat of an invasion is almost inconceivable for those living countries in like the UK whose borders have remained relatively stable for centuries, in a country like Ukraine whose short 30-year history has been marked by revolutions and conflict, the latest crisis is just another obstacle in an already eventful and difficult life in the rural areas of Europe’s poorest country.

Although only an hour’s drive away, Kozelets is materially a million miles away from the Chanel and Yves Saint Laurent stores in Kyiv, frequented by blacked out Mercedes-driving clientele who live in the newest and most luxurious of the city’s new apartment buildings.

And seven years of simmering conflict with Russia has put extra pressure on an already fragile economy, further exacerbating the gap between the rich and the poor.

Standing on the side of the road next to his car and a small pile of woven baskets he is selling, Mykola Smyk told Byline Times: “It’s hard to live. The pension is very small.”

“Politicians eat well but us pensioners have to sell things like this to survive.”

And if Russia does actually invade?

“We will defend ourselves,” said Smyk. “We’ll just take the weapons and we’ll go out there.

“If I were younger I would go to the front but I am 72 so I can help carrying missiles because you have to defend your homeland.”