A new investigation has shed light on the powerful interests that have defined Boris Johnson’s career since his return to Westminster politics.

A detailed analysis of his parliamentary register of interests by Byline Times reveals how the Prime Minister operates within an interlocking web of financial elites – from the worlds of banking, investment, property development, construction, logistics, and luxury services for the super-rich.

Since 2015, Johnson has received £1,000,700 in political donations (excluding small gifts) – almost exclusively from a group comprising of a few dozen of Britain’s super-rich.

The pattern exposes a great flaw in British democracy and raises a suspicion that, in Boris Johnson’s Britain, little more than a million pounds can – in effect – buy the Prime Minister.

Boris Johnson returned to parliamentary politics in May 2015 with his second stint as an MP. His re-entry was nurtured by a small group of six Conservative Party donors – including some of the richest people in the world.

Among these early backers was the Australian hedge fund manager and Conservative super-donor, Michael Hintze, who gave £5,000 to Johnson in June 2015. According to the Sunday Times 2019 Rich List, Hintze – who is group executive chairman of CQS – has a net worth of £1.5 billion.

He donated £341,225 to the Conservative Party during the 2019 elections, but is particularly well known as a major funder of the Global Warming Policy Foundation (GWPF) – a notorious climate science denial lobbying group.

This Hintze nexus has intimate ties to the Tufton Street network of right-wing libertarian lobbying groups. Hintze himself is a trustee of the Institute for Economic Affairs (IEA). Two other funders of the GWPF are also tied to the IEA.

A third £5,000 came from International Group Ltd., which at the time owned Stoke Park. The company describes itself as an international property developer which has completed three trillion pounds worth of projects.

There is little more known about the company, apart from a story in Africa Business Plus last year reporting that the Libyan Investment Authority had been authorised by a London court to prosecute its director, Roger Milner King, after their joint hotel company’s bankruptcy.

Johnson also received two donations of £10,000 each from Peter Dubens, an internet entrepreneur and founder of private equity investment firm Oakley Capital Ltd., whose net worth is some £127 million; and from James Hay, chairman of the Dubai-based JMH Group which operates in construction and luxury goods.

Dubens is another major Conservative donor who gave £50,000 to the party in May 2017 and £250,000 for the 2019 elections that propelled Johnson into his premiership. Hay is on the Sunday Times Rich List for being worth £325 million.

Johnson’s two largest donations that June were £20,000 from Johan Christofferson, a partner in hedge fund management firm Christofferson, Robb & Co, and also the joint-master of Scotland’s Jedforest fox hunt which was prosecuted for illegal hunting; and £25,000 from Investors in Private Capital Ltd., a company run by David and Simon Reuben, the second-richest family in Britain according to the Sunday Times Rich List, with a net worth of £16 billion.

The Conservative Party did not respond to Byline Times’ request for comment.

The next three years of Boris Johnson’s time in Westminster were relatively quiet in terms of donations – but certainly nothing to be sniffed at.

In May 2016, a month before the EU Referendum, the wife of multi-millionaire luxury goods entrepreneur James Hay, Fitriani Hay – a high society darling well-known in the world of horseracing – gave £50,000 to Johnson. About a year later, her husband topped this up with another £10,000.

During this period, from July 2016 to July 2018, Johnson served in the Cabinet as Foreign Secretary in Theresa May’s Government. Later that year, he was handsomely rewarded for this foreign affairs work.

In September, his travel and accommodation expenses amounting to £16,846 were paid for by the American Enterprise Institute – a neoconservative think tank in Washington D.C. with ties to oil and gas interests and private health firms. It has hosted Charles Murray, the author who pioneered the idea that black people genetically have lower IQs than white people in his notorious 1994 book, The Bell Curve.

At the event marking the award, Johnson promised he would “work together” with the American firms represented there on “pro-competitive policies” after Brexit. Backers of the event included: the Charles Koch Institute, the Donors Trust, Chevron, ExxonMobil, Lockheed Martin, Facebook, KPMG, as well as US private health insurer Aetna, US private healthcare provider Gilead Sciences, and pharmaceutical giant GlaxoSmithKline.

That same month, Johnson was hosted in Riyadh by Saudi Arabia’s Ministry of Foreign Affairs to the tune of £14,000. Saudi Arabia is one of the biggest oil producers in the world and consistently involved in trying to water down UN climate science reports.

Saudi Arabia and the American Enterprise Institute’s hosting of Johnson are not included in Byline Times’ calculations of super-rich political donations.

Toward the end of 2018, as Boris Johnson began planning his leadership bid for the Conservative Party, he began receiving a steady stream of donations which rapidly increased over the next year.

His first major political donation after his stint as Foreign Secretary.

Jon Wood, another British hedge fund manager and Conservative super-donor, gave him £50,000. Wood is a career UBS investment banker who went on to found the hedge fund SRM Global Fund, registered in the Cayman Islands with an office in Monaco.

He previously donated £500,000 to the Conservative Party in 2010. Following the 2008 financial crash, Wood laid blame on the US and UK governments, arguing that Lehman Brothers and Northern Rock should not have been prevented from trading.

£20,000 was provided to Johnson as an ‘interest-free loan’, and a further £3,000 was donated for “office and staffing costs”. This donation set the scene for Sir Lynton to run Johnson’s highly successful leadership campaign.

From there, the funding began to pour in.

Johnson’s biggest benefactor by far is Conservative peer Lord Anthony Bamford, who has donated money both under his own name and through his company, J. C. Bamford Excavators Ltd.

Lord Bamford’s donations started in January 2019 and continued on a regular basis, totalling £125,000. The peer is another Sunday Times Rich List stalwart, whose net worth in 2021 was $9.48 billion. He is also a staunch pro-Brexit Conservative super-donor, having given just under £4 million to the party during the 2019 elections, and £100,000 to Johnson’s Vote Leave campaign.

In 2020, J.C. Bamford Excavators Ltd used the Government’s COVID-19 bail-out scheme to the tune of £600 million. In March 2021, a taxpayer-backed hydrogen bus scheme launched by Lord Bamford’s son, Jo Bamford, was given £11.2 million by the Government – despite experts branding the idea “bonkers” due to its high cost and low efficiency.

Moynihan was chair of Vote Leave’s finance committee, a director of the Institute for Economic Affairs’ IEA Forum, an advisory council member of Toby Young’s Free Speech Union, and chairman of the Initiative for Free Trade (IFT).

In 2018, the IFT launched a blueprint for a US-UK trade deal that, according to the Guardian, “would see the NHS opened to foreign competition, a bonfire of consumer and environmental regulations and freedom of movement between the two countries for workers”. The agreement was co-drafted with a number of pro-Donald Trump groups including the American Enterprise Institute and Heritage Foundation. 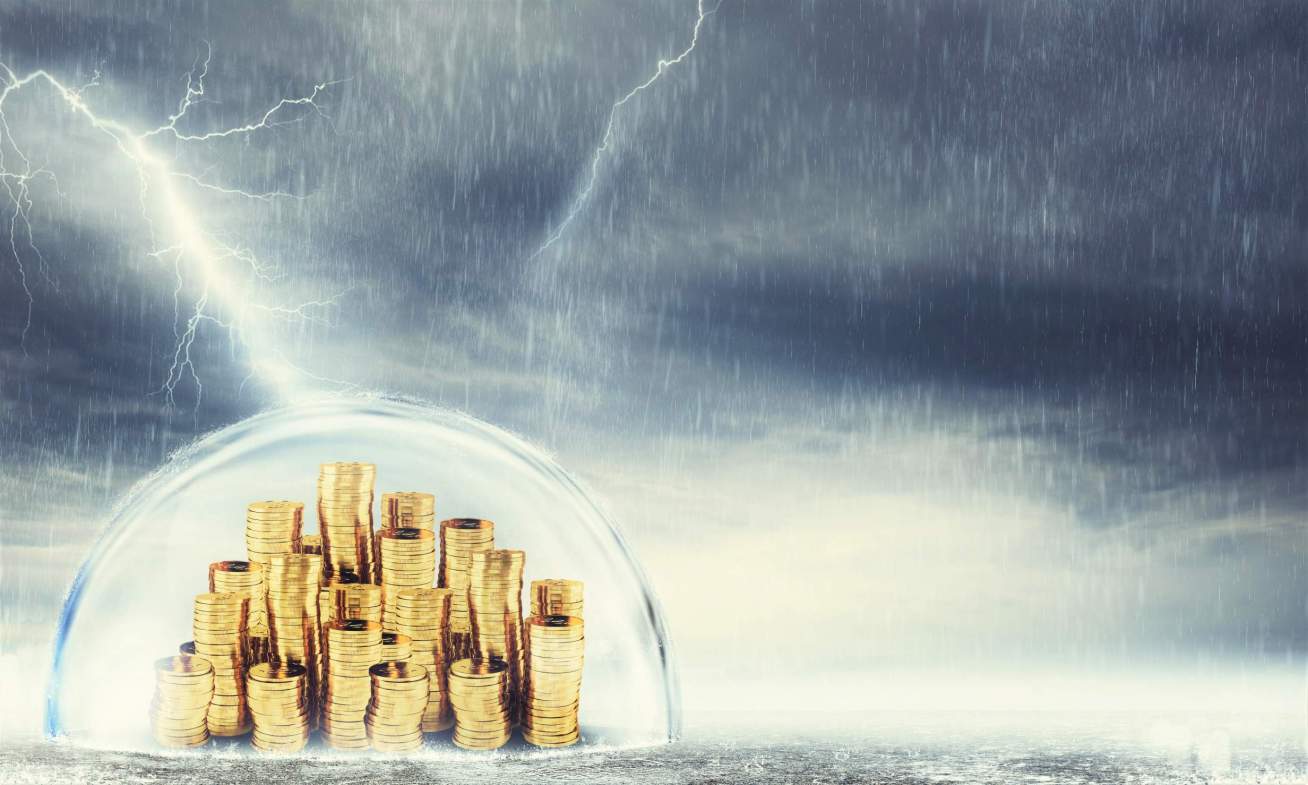 Through the summer of 2019, when Boris Johnson received the bulk of his funding, his wide network of supporters was overwhelmingly linked to speculative finance and elite luxury.

Alex Wilmot-Sitwell, who donated £5,000, was a UBS investment bank stalwart who had previously donated £50,000 to the Conservative Party during the 2015 General Election campaign.

Charles Montanaro, founder of Montanaro Asset Management whose net worth is about £171 million, gave £8,000.

Hotelier Sir Rocco Giovanni Forte, whose family fortune was valued at £340 million according to the Sunday Times Rich List, funded a party for Johnson at Brown’s Hotel to the tune of £12,000.

Hazem Ben-Gacem, who leads private equity investments for Investcorp – with a majority of clients in Gulf states – gave Johnson £25,000.

The world’s eleventh-richest person, Lakshmi Mittal – chairman of the world’s largest steel-making company ArcelorMitttal and a member of Goldman Sachs’ board of directors since 2008 – donated £10,000.

Robin Crispin Odey – a London-based hedge fund manager personally running $4 billion in assets – also gave Johnson £10,000. So did Richard Girling, one of Europe’s top healthcare bankers who had managed many of the largest private healthcare transactions in Europe and Asia dealing with companies such as Boots, AstraZeneca, and Mayne Pharma.

Mohammed Amersi, another Conservative super-donor, gave Johnson £10,000. Having given £730,000 to the Conservative Party, he has since been linked in a BBC Panorama investigation to “a series of controversial deals for a Swedish telecoms company that was later fined $965m (£700m) in a US prosecution.” Amersi denies any wrongdoing.

A large donation of £50,000 came from Conservative super-donor, billionaire Peter Cruddas. He is the founder of online trading company CMC Markets, and a former Conservative Party co-treasurer who was embroiled in a ‘cash for access’ scandal related to David Cameron and George Osborne in 2012. Cruddas received a life peerage from Johnson in December 2020. He has donated a total of £3 million to the Conservative Party.

Boris Johnson continued to receive funds from his elite friends after winning the 2019 General Election.

He was given £5,000 by David Leathers, who had also donated £20,000 in total to Vote Leave in 2016; and £2,500 from Mark Florman, CEO of merchant banking firm Time Partners Ltd. and a co-founder of the Centre for Social Justice (described by two British scholars as “a showcase for the remarkable revolving-door system that now operates between public and private office”).

The icing on the cake came on 26 December 2019, when Johnson and his partner Carrie Symonds flew to the Caribbean for a £15,000 private holiday – generously sponsored by Conservative super-donor David Ross.

Best-known as a co-founder of Carphone Warehouse, Ross’ wealth according to the Sunday Times Rich List comes in at £642 million. By 2020, he had given more than £700,000 to the Conservatives, including £10,000 for Johnson’s leadership bid back in July.

Byline Times‘ analysis suggests that Boris Johnson’s premiership has been built by the super-rich. This reliance on a small number of high net worth individuals can only encourage the impression it might have been built for the super-rich. As the Prime Minister swings from crisis to crisis, the money that propelled him to the highest office of state will be one of the defining features of his political legacy.