The Conservative Cash Carousel & Socialism for the Rich

Sam Bright and Peter Jukes analyse what looks to be a new economic and ideological form of Conservatism, far removed from its former free market foundations

“There is no such thing as public money. There is only taxpayers’ money,” Margaret Thatcher famously remarked at the 1983 Conservative Party Conference.

Inspired by the founders of modern neo-liberalism, the likes of Milton Friedman and Friedrich Hayek, Thatcher’s principle that public spending ‘crowds out’ or diminishes private investment has underpinned Conservative Party ideology for four decades.

“No one can buck the market,” Thatcher would also say, and the idea that the ‘market knows best’ goes back even further – to the 19th Century arguments about the role ‘free trade’ versus protective tariffs over the Corn Law tax. Tariffs to prevent cheaper foreign imports protected British landowners, but caused famine in Ireland – and a split between Conservatives.

Since then, the Conservative Party’s main attack on its left-leaning opponents has been their apparent failure to carefully manage public finances and the dire effects of intervention in the market. Labour governments of the past have overspent, so the narrative went, over-stretching the public purse and risking the nation’s economic health with endless cycles of ‘boom and bust’. Public ownership or tight regulation risked causing inefficiencies by ‘picking winners’. The lack of competition would ultimately lead to a commissar culture of cronies living off the public purse, they said.

Now all is changed, changed utterly, in Boris Johnson’s new Conservative Party. A terrible new ‘socialism for the rich’ has been born, whereby revenues flow from the Government into the bank accounts of Conservative allies and donors, while the party receives a large chunk of the proceeds. 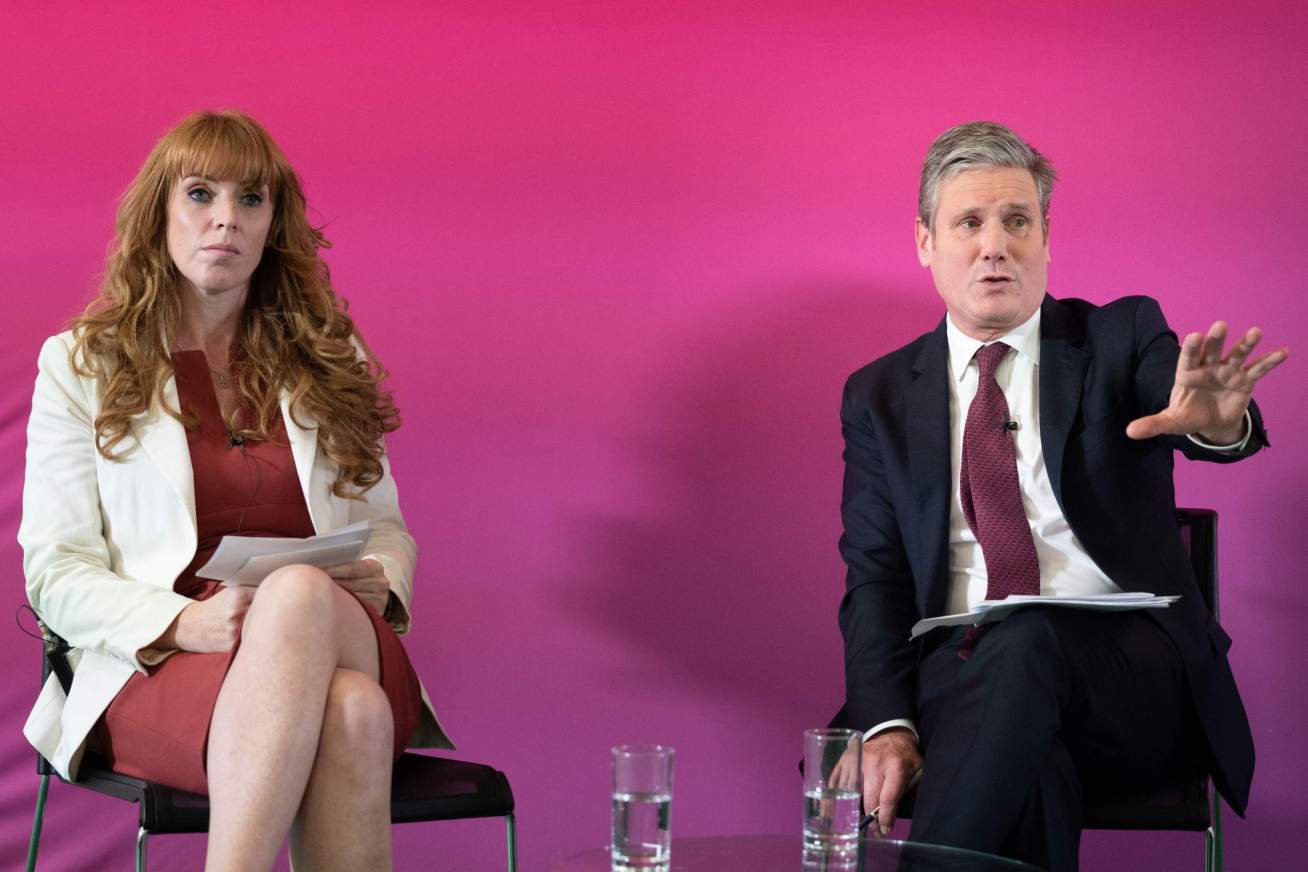 Keir Starmer has Promised toClean Up British PoliticsCan We Trust Him?

Socialism for the Rich

Consider this: Byline Times and The Citizens have calculated that at least £3 billion in public contracts have been awarded to Conservative donors and associates during the pandemic – with many of these deals awarded in the haste of emergency procurement procedures, without a normal competitive bidding process.

Subsequently, we have shown, these firms (the ones that have filed their annual accounts) have amassed additional profits worth more than £120 million – with £600,000 of this cash flowing into the Conservative Party’s coffers through new party donations.

This is the Conservative cash carousel: the enrichment of party benefactors through the public purse, enhancing their generosity and eventually bolstering the party’s war chest.

It’s impossible to know whether the Government actively used the pandemic as a protective screen, justifying the distribution of public money to its political allies. After all, the minutes of the meetings between companies and ministers held at the outset of the pandemic have either mysteriously disappeared, or are being withheld from public view.

The Government has admitted that it used “informal arrangements” in selecting firms for deals worth hundreds of millions of pounds and that ministers relied on “a very large network of contacts”. We also know that donating to the Conservative Party bequests access to senior ministers, allowing party patrons to develop the relationships that proved to be highly lucrative when procurement rules were eschewed in favour of secretive, backroom deals.

A March Towards Oligarchy

The pandemic has exposed the Conservative Party’s onward march to oligarchy – a process that, in turn, is infecting British democracy. Boris Johnson successively attempted to stifle a report into Russia’s political influence in the UK – which, when finally released, warned that “[UK] lawyers, accountants, estate agents and PR professionals have played a role, wittingly or unwittingly, in the extension of Russian influence” by providing services to rich Russians with ties to Putin.

Since Johnson came to power in July 2019, £2 million has been donated to the Conservative Party by individuals with Russian links. These donations have been rewarded with access to senior ministers, as democracy is once again flogged to the highest bidder.

This is a facet of Johnson’s leadership, but one that has now seeped into the fabric of the Conservative Party. In his single-minded, narcissistic pursuit of power, the Prime Minister is not afraid of creating casualties – even if the body count includes his own party and the basic tenets of British democracy.

Seeing the opportunity to profit from Johnson’s moral deficit, various predators have circled around the Prime Minister – harvesting the spoils as he ploughs a path of destruction. Boris Johnson governs primarily in the interests of Boris Johnson, and those who have propelled his quest for power. The result – sustained by an 80-seat parliamentary majority – is a slide towards authoritarianism and oligarchy, whereby the actions of the state are orientated towards the benefit of one man and his allies.

But these instincts are not solely confined to Johnson and his cabal. Over the course of the last five years, since the EU Referendum, the Conservative Party has been remade in Johnson’s image. The ‘One Nation’ conservative ideals of Benjamin Disraeli are no longer welcome in a party that preaches the gospel of Brexit purity. In September 2019, Johnson removed the whip from 21 Conservative MPs who dared to defy his elevation of Brexit above democracy, thus purging the party of its moderate flank. The Conservative benches are now populated by the foot-soldiers of Johnson’s personal war, unmoored from morality, well educated in the political benefits of deceit and fabrication.

There are two secondary questions: whether the nation cares about this democratic coup, premised on corruption and oligarchy; and, if so, whether the opposition can take advantage.

On the first question, our polling suggests that people do care – 58% of people surveyed by Omnisis in early November said they believe that Boris Johnson’s Government is corrupt, while only 16% of people disagreed.

This provides fertile territory for the Labour Party, which has belatedly realised the scale and significance of the cronyism perpetuated by this Government – today announcing new proposals to reform parliamentary systems, to clamp down on ‘sleaze’.

In this regard, Keir Starmer’s party may take some advice from its former leader, Harold Wilson. Attempting to wrest control away from the Conservative Party at the 1964 General Election, for the first time in 13 years, he observed that:

“Over the British people lies the chill frost of Tory leadership. They freeze initiative and petrify imagination. They cling to privilege and power for the few, shutting the gates on the many. Tory society is a closed society, in which birth and wealth have priority, in which the master and the servant, landlord and tenant mentality is predominant. The Tories have proven that they are incapable of mobilising Britain to take advantage of the scientific breakthrough.”

Whether you agree with Wilson’s sentiments or not, it is undoubtedly and increasingly apparent that the country is no longer governed (if it ever was) by good chaps motivated by a commitment to altruistic public service and the prudent management of state finances. Instead, as Wilson says, a “closed society” has been created, which radiates prosperity only to those with wealth and political influence. This presents a danger to Britain, and an opportunity for the opposition.