A Force for Good? The Firm Following in the Footsteps of Cambridge Analytica

When Ahmad Al-Khatib and Mark Turnbull launched Auspex International in 2018, they billed it as an ethical company that would focus its “efforts on projects to deliver positive social change“.

But an investigation by Byline Times can reveal how its employees and projects are similar to those performed by Cambridge Analytica: the infamous and now defunct political consulting firm that collected data on millions of Facebook users without their permission for use in the 2016 US Presidential Election which saw the election of Donald Trump.

In July 2018, the Financial Times noted that much of Auspex’s staff were former employees of Cambridge Analytica.

One of Questionardo’s directors is Johnson Shun Chun Ko, a business partner of Erik Prince – the founder of the private security firm Blackwater.

Mark Turnbull, the former head of Cambridge Analytica’s political team, was the director of Auspex until September 2021, according to his Linkedin page.

In 2019, he wrote in the Independent that he co-founded Auspex because data can be a force for good and can be used “to prevent people from becoming misled and misdirected”.

Both Ahmad Al-Khatib and Mark Turnbull did not respond to Byline Times‘ request for comment.

One new addition to the Auspex team is Craig Tiedman, who was identified as its chief operating officer in an opinion piece he penned for Sunday Guardian Live last August. Tiedman was formerly a US Department of Defence advisor to the Afghanistan Government; and the director of policy and research at the Henry Jackson Society, a right-leaning think tank in the UK.

Tiedman asked Byline Times “how did you hear that I was connected to Auspex?” and refused to answer any questions.

Shortly after Auspex launched, it won a contract for consulting work in Romania for the Alliance of Liberals and Democrats (ALDE) Party prior to the 2019 European parliamentary elections.

Auspex was paid approximately €200,000 for its services, according to Emil Tomoaica, the financial coordinator for ALDE. Tomoaica was not happy about the contract with Auspex and left the ALDE Party in 2019.

“Personally, I do not do politics, which I think is the main activity of Auspex,” Tomoaica told Byline Times. “Those who are behind this entity just try to convince voters that the candidates supported affiliated with Auspex are the best.”

While the details of Auspex’s consulting work are unclear, a leaked 2016 proposal by SCL Group – Cambridge Analytica’s parent company – to ALDE may offer some clues. 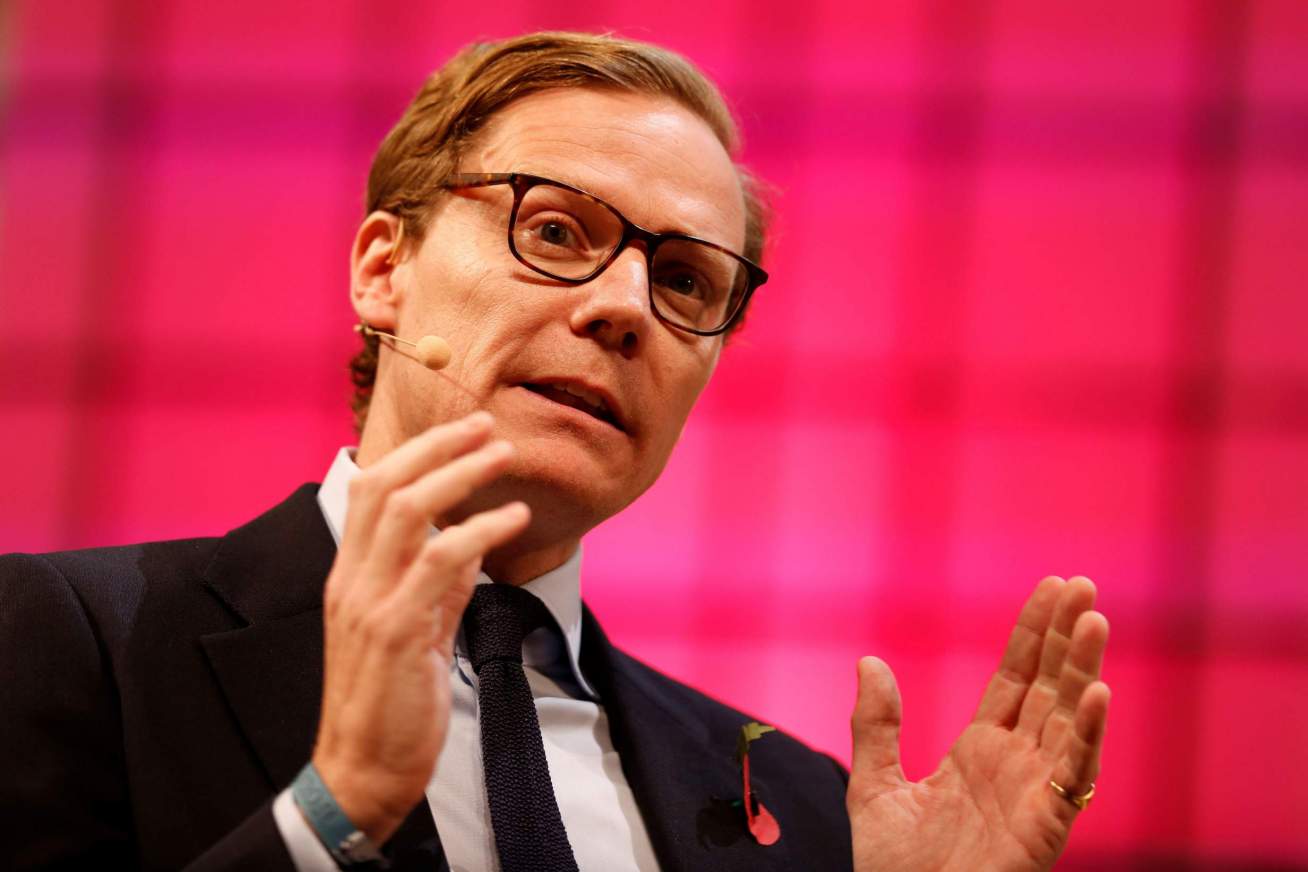 The 27-page document states that SCL would conduct a research study of 8,500 Romanian citizens in two different cities and then provide “recommendations that will enable the ALDE Party to communicate more effectively with key population groups and win greater public support”.

The proposal also offered digital communication services and international public and press relations. The total cost of the project was €131,000, about €70,000 less than what Auspex was paid in 2019.

Calin Popescu-Tariceanu, former president of ALDE, told the Rise Project that his party turned down SCL’s 2016 proposal due to a “character mismatch”.

According to Tariceanu, he was introduced to SCL by Romanian businessman Peter Imre, the Romanian representative for SCL Group.

In March 2019 – two months before the European elections – Imre was seen at a Bucharest restaurant with Brad Parscale, Donald Trump’s campaign manager, who was in the city to give a paid speech.

Imre did not respond to Byline Times‘ request for comment.

Despite the hefty sum paid to Auspex, ALDE only won 4% t of the votes in the 2019 European elections and did not win any seats.

This is unsurprising to Irina Lonean, project coordinator of Transparency International Romania, who said that these consulting contracts are common but not always effective.

“We have an extremely volatile pool of political parties that appear and disappear,” Lonean told Byline Times. “We get the impression that most of the foreign consultants don’t get how the Romanian mindset works.”

Africa and the Middle East

In 2019, the Lusaka Times reported that Ahmad Al-Khatib was in Zambia to finalise a contract with businessman Hakainde Hichilema, who won the country’s 2021 Presidential Election.

In a leaked 2016 email to Cambridge Analytica, Mark Turnbull referred to Zambia as a “hot prospect” while mentioning potential target countries.

But it is not just governments that Auspex has worked with. The company conducted research for a client of Lapis Communications, a Dubai-based strategic communications firm. Faheem Ahamed, the former CEO of Lapis, declined to name the client but said that the research analysis Auspex did was “good quality work”.

In 2018, the Bureau of Investigative Journalism reported that Lapis had hired Andreae & Associates, a Washington D.C. lobbying firm, to produce a propaganda documentary accusing Qatar of links to global terrorism.

Andreae & Associates was also hired by SCL Social in 2017 to provide public affairs services to it, relating to its anti-corruption efforts in Romania, according to a FARA filing.

Charles Andreae, founder of Andreae & Associates, also previously served as CEO of the controversial communications company Bell Pottinger from 2004 to 2008. At the same time, the firm also employed Turnbull, according to his Linkedin page. The New York Times has previously described Bell Pottinger as “beyond shame”. Its client list consisted of a plethora of repressive regimes, including Belarusian dictator Alexander Lukashenko. 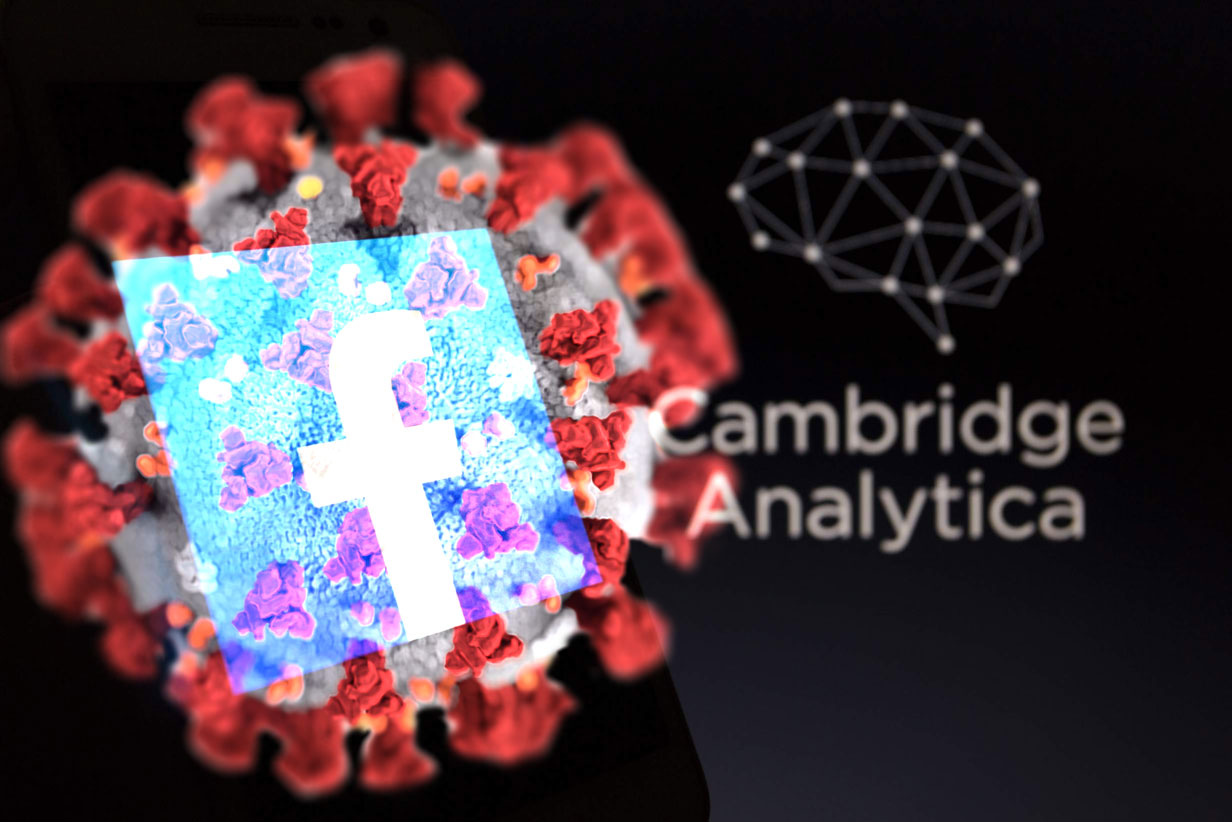 The Coronavirus pandemic appears to have offered another outlet for Auspex to deploy its services.

In April 2020, the company conducted online surveys in the UK and Italy to assess people’s responses to the crisis, according to Auspex’s website. The research was the basis for an article in The Times about what kind of “social-distancer” people can be.

While the study did not explicitly mention Africa, that same month Mark Turnbull published an article in the Africa Report on combatting the Coronavirus in Africa. He called for African governments to “urgently conduct rapid, large-scale behavioural research” to examine how people viewed the virus.

While it appears that Auspex is using the pandemic to deploy its services to a new sector, much of its work to date has followed the formula employed at Cambridge Analytica – calling into question the promises of its founders to create a socially responsible consulting firm.

According to Dr Emma Briant, a professor at American University who helped exposed the Cambridge Analytica scandal, a lack of regulation is what allows companies such as Auspex to continue marketing themselves.

“Without regulation, these companies can continue to sell themselves off the backs of reputations that drew concern during the scandal,” Dr Briant told Byline Times. “It gives them a dark aura of effectiveness.”

SUBSCRIBE TO THE PRINT EDITION OF BYLINE TIMES FROM AS LITTLE AS £3.50 A MONTH
SUBSCRIBE TO BYLINE TIMES & GET THIS MONTH’S DIGITAL EDITION IMMEDIATELY
Get the Bylines App for iPhone and iPad
SIGN UP TO BYLINE TV PLUS
Share
EmailTwitterFacebook
SIGN-UP TO EMAIL UPDATES

More stories filed under The Dangers of Big Tech