A new investigation can reveal how the fossil fuel industry is benefiting from the Government’s own net zero advisory panel.

As the Conservative backbenches attack the Government’s net zero strategy due to the cost-of-living crisis supposedly because renewables are too expensive, they have missed the real issue: it’s not net zero that’s the potential problem, but the Government’s hijacking of net zero to lift fossil fuel industry profits at the expense of taxpayers.

Last year in the run-up to the COP26 climate change summit, Byline Times can reveal, a senior Government climate and energy official joined an investment firm that played a key role on a Government net zero advisory panel alongside giant oil company Shell.

Around the same time, one of the biggest beneficiaries of the Government’s resulting net zero strategy – which experts say relies on “unproven technologies” – is a firm with major fossil fuel interests, Atkins Energy, which was previously involved in the same panel. Shell is also a major client of Atkins.

The ‘revolving door’ relationship at the little-known ‘Net Zero Innovation Board’ offers yet another window into how the Government’s net zero strategy has become polluted by carbon capture approaches – which the same firm has described as “not economically viable.” Fossil fuel firms and companies linked to them are not only advising ministers at the highest levels on how to achieve net zero, but also profiting from the same advice.

The Government’s failure to pursue a net zero strategy robustly supported by scientific evidence coincides with the influence of these powerful oil and gas lobbies.

Impax and the UK Government

In 2016, Catherine Bremner joined the Department of Business, Energy and Industrial Strategy (BEIS), to become director of international energy and climate finance. She played a key role in crafting the Government’s net zero strategy. Last March, she was appointed the acting director-general of net zero strategy and international at BEIS.

Just five months later, she abruptly left the role – during the run-up to COP26 in August. She took up the role of chief commercial officer at Impax Asset Management. Impax is a London-based investment fund specialising in sustainability issues. Managing a £34 billion portfolio, it also seems to have a charmed relationship with the Government.

Since 2019, Impax’s founder and CEO Ian Simm has been an “independent member” of the Government’s Net Zero Innovation Board, which plays a key role in providing “strategic oversight of public programmes on energy innovation”, including making recommendations to ministers.

Working alongside Simm as an “independent member” is Jo Coleman, UK energy transition manager at oil giant Royal Dutch Shell. Shell was not only the biggest lobbyist of the Government in the run-up to COP26 – having met ministers at BEIS 44 times between January 2020 and June 2021 – it was also the top spender on Facebook ‘greenwashing’ ads.

This odd partnership illustrates how fossil fuel lobbying is increasingly successful – through partnerships with sustainability advocates and companies designed to ‘greenwash’ their activities.

Will Conservative ChaosHalt the Green Agenda?

As early as 2017 and 2018, before the appointments of Simm and Coleman, meeting minutes published by the Government reveal that the Net Zero Innovation Board had already rubber-stamped ‘carbon capture and storage’ (CCUS) as a primary mechanism to get to net zero.

That’s despite the fact that CCUS has been described by numerous experts, such as Basav Sev of the Institute for Policy Studies in Washington D.C., as an “unproven technology.”

Although the UN’s Intergovernmental Panel on Climate Change (IPCC) recognises a potential role for CCUS, it has also said that our best chance of keeping global warming at or below the 1.5°C danger point makes limited to no use of engineered carbon capture technologies. The most effective pathway to net zero, it says, is a rapid fossil fuel phase-out along with carbon withdrawal based on reforestation and soil carbon uptake.

But in contrast with the IPCC’s recommendations, minutes for a Government Net Zero Innovation Board meeting in July 2017 argued that CCUS “should be a primary focus”, including “CO2 capture from concentrated sources” and “CO2 captured directly from the air”. The board called on the Government to seek “external advice” on the potential of greenhouse gas removal technologies.

Where did the Government get this “external advice” from? Not the scientific community.

The following year, in May 2018, Net Zero Innovation Board meeting minutes describe a CCUS presentation from Government officials referring to the establishment of a “CCUS Cost Challenge Taskforce” four months earlier.

As Byline Times has previously reported, the CCUS cost challenge taskforce was run by a team from global law firm Linklaters LLP, which runs a major oil and gas business. One of its biggest clients is BP, which was also a member of the same task force – along with many other fossil fuel giants including Shell and ExxonMobil.

Impax’s Ian Simm is also a commissioner on the Energy Transitions Commission, originally funded by a number of fossil fuel incumbents including Shell and BHP Billington. Shell’s vice president Jeremy Bentham, BP Group chief economist Spencer Dale, and Drax CEO Will Gardiner are among the commissioners appointed. Although the Energy Transitions Commission includes input from a variety of organisations supportive of renewables, they must wrestle with the overwhelming presence of some of the world’s biggest carbon polluters.

It’s no surprise then that the Government’s Net Zero Research and Innovation Framework published last October has an entire chapter dedicated to carbon capture and its role in enabling “continued fossil fuel combustion for electricity generation whilst substantially reducing emissions”.

The Government document echoed the sentiments of the fossil fuel industries – so much so that in the very same month, the Energy Transitions Commission published its own report promoting carbon capture as necessary to achieve net zero by 2050 and avoid a 1.5C dangerous climate.

We ‘Need Another Plan’

The following month, Impax CEO Ian Simms supported this agenda, promoting the idea that natural solutions to carbon capture “could be augmented by new technologies to put a brake on climate change.” While admitting the “very high cost” of sequestering small amounts of carbon today, he wrote that this highlights “the importance of innovation”.

But in December 2020, Impax’s senior vice president for sustainable investing, Julie Gorte, offered a more realistic view. Dismissing the role of carbon capture as a reliable solution, she said that it lacks commercial viability, and might never become commercially viable – implying we need other net zero plans in place which do not involve carbon capture:

“Besides reforestation, no economically viable carbon capture and storage technologies exist, though a lot of research and development is underway. As investors, we support R&D, but we remind companies that they need another plan to achieve net-zero emissions in case these efforts don’t work out.”

Yet the Government’s entire net zero strategy is fundamentally premised on carbon capture. There is no ‘other plan’. And the minutes of the Net Zero Innovation Board meetings show no evidence that Impax’s Ian Simm relayed his own firm’s understanding of CCUS’s lack of viability to the Government.

“Ian believes that a wide range of technologies will be required to address climate change effectively,” said a spokesperson for Impax. “In Impax’s experience, in most locations carbon capture, utilisation and storage (CCUS) is currently only viable with carbon prices (or the equivalent) that are substantially above current market levels; so for policy goals on CCUS to be realised, we’ll need further innovation and commercial breakthroughs and/or higher carbon prices.”

While there is little evidence that commercial breakthroughs will happen anytime soon, the prospect of higher carbon prices suggests that this net zero pathway is going to be extremely expensive for consumers. That’s in contrast to a fully renewable transition, which would be far cheaper and save trillions of dollars.

The role of a leading sustainability firm in effectively rubber-stamping the UK Government’s dangerous climate strategy – apparently designed to prolong the life of the fossil fuel industries – throws light on how these industries are hijacking the ‘net zero’ narrative.

Even as the World Burns,Johnson has to Play hisAnti-Immigrant Fiddle

Back in July 2017, the “independent member” of the Government’s Net Zero Innovation Board in attendance was the CEO of Atkins Energy, a global energy management consultancy with extensive interests in fossil fuels.

Yet in the run-up to COP26, in September 2021, Atkins ended up being a prime beneficiary of its own advice to Government, winning the engineering contract to develop what has been described as the world’s first net zero emissions power station at Wilton International, Teeside. The project is based on the much-trumpeted Allam cycle which is supposed to be able to capture nearly 100% of emissions at competitive costs.

Atkins Energy did not respond to a request for comment.

“These claims are ludicrous. We make no apology for asking individual experts to give advice on how to end the UK’s contribution to climate change,” a BEIS spokesperson said.

“The independent Climate Change Committee has said that CCUS is ‘a necessity, not an option’, to enable the UK to achieve the legal commitment made in the Sixth Carbon Budget and our legal net zero target. This is consistent with advice from the Intergovernmental Panel on Climate Change and the International Energy Agency.”

In fact, an economic analysis by the International Energy Agency indicates that energy produced by the Allam cycle process is significantly more expensive than natural gas and renewables. The other problem is the gigantic costs of the new pipeline and logistics infrastructure required to transport and store the CO2, most of which will have little commercial use.

But it will mean continued profits for the fossil fuel industries at the increasing expense of taxpayers.

These issues mean that, as there is no market-based demand, the technology is not disruptive, will never become cheap or competitive with existing renewable technologies, and cannot scale at the speed required to avoid dangerous climate change. That’s why at the end of November last year, the CEO of multinational energy giant Enel, Franceso Starace, rejected the idea that carbon capture can function as a viable climate solution:

“We have tried and tried — and when I say ‘we’, I mean the electricity industry… You can imagine, we tried hard in the past 10 years — maybe more, 15 years — because if we had a reliable and economically interesting solution, why would we go and shut down all these coal plants [when] we could decarbonize the system?… The fact is, it doesn’t work, it hasn’t worked for us so far. And there is a rule of thumb here: If a technology doesn’t really pick up in five years — and here we’re talking about more than five, we’re talking about 15, at least — you better drop it…. Basically, stop emitting carbon.”

The revolving door at the Government’s Net Zero Innovation Board, thus, potentially reveals the biggest danger of all. When sustainability pioneers succumb to the pressures of fossil fuel lobbying, it puts the entire planet at risk. 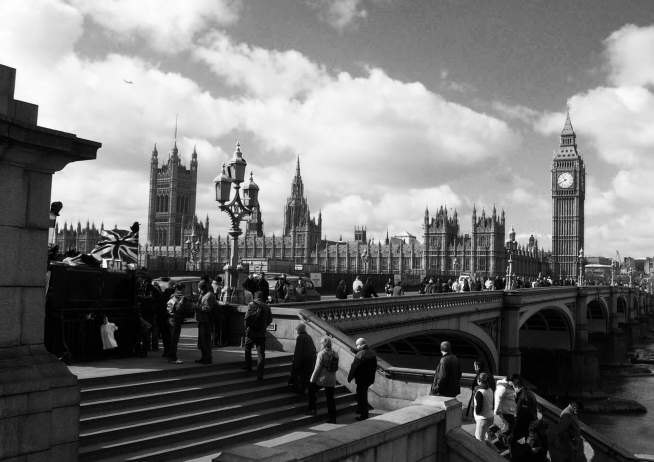 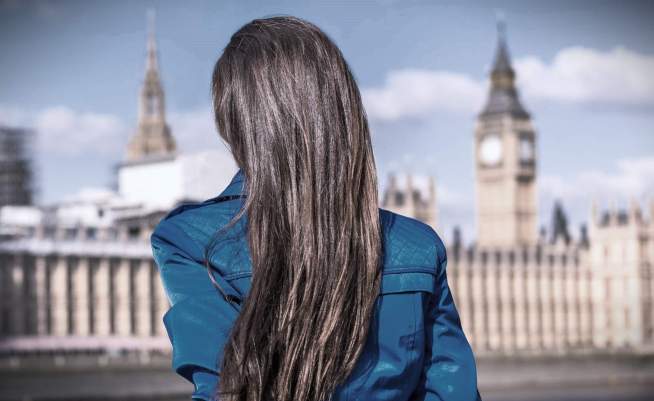 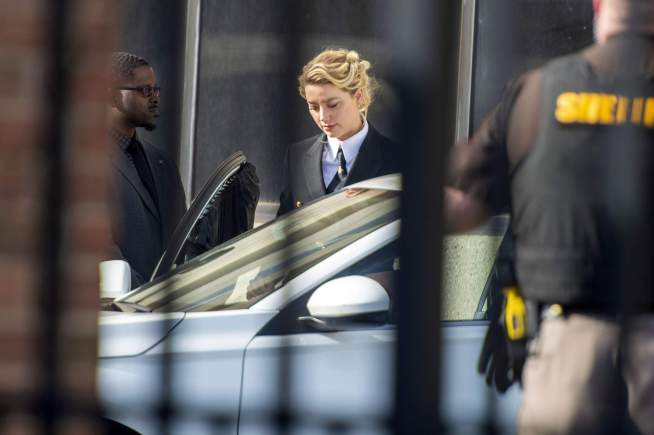