Even as the World Burns, Johnson has to Play his Anti-Immigrant Fiddle

The Prime Minister activated his base in the one way he really knows how, when he claimed that the fall of the Roman Empire has great lessons for today’s climate emergency, says Hardeep Matharu

When the Prime Minister stood inside the Colosseum and declared that the Roman Empire fell because of “uncontrolled immigration” it was a sinister sign of the times.

Arguing that the world could fall into the “dark ages” if climate change is not tackled, Boris Johnson said that “things can go backwards as well as forwards” and that “unless we get this right… we could see our civilisation, our world, also go backwards, and we could consign future generations to a life that is far less agreeable than our own”.

Expanding on what that catastrophe would look like, the classics graduate said that “we could consign our children, our grandchildren, our great-grandchildren to a life in which there are not only huge movements of populations and huge migrations, but also shortages of food, shortages of water, of conflict caused by climate change and there is absolutely no question that this is a reality that we must face”.

The Prime Minister’s comments rapidly swirled through the British media, with most news stories focusing on his (incorrect) diagnosis of the end of the Roman Empire, as well as his warning that societies could go backwards if nothing is done about climate change.

The point which appears to have been overlooked, however, was Johnson’s suggestion that we need to do something about climate change to stop uncontrolled immigration.

“You produce shortages, you produce desertification, habitat loss, movements… contests for water, for food, huge movements of peoples,” he said. “Those are things that are going to be politically very very difficult to control.” 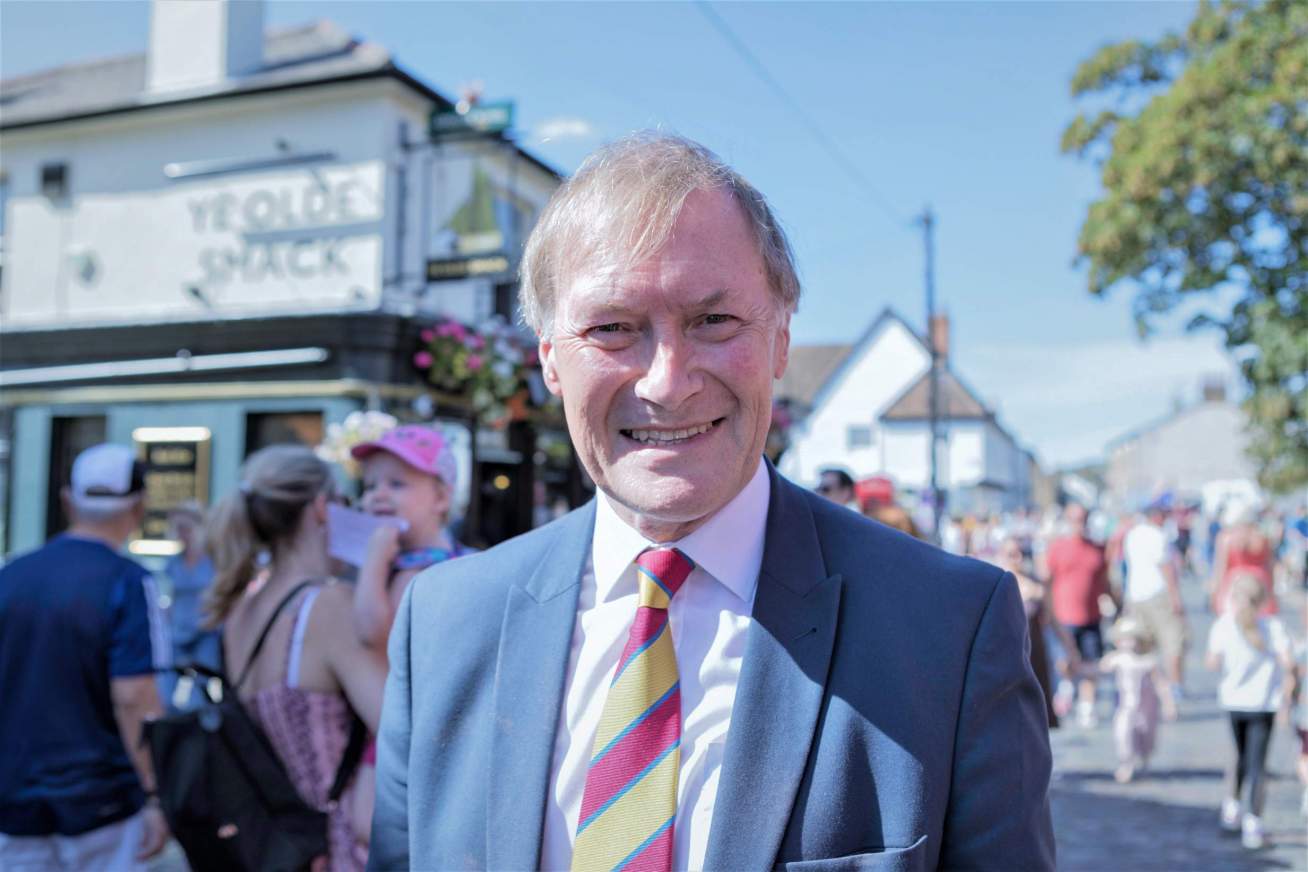 ‘Us & Them’ Politics Puts Us All in Danger

Under the guise of advocating for action on climate change, and on the eve of the COP26 summit in Glasgow, it may have been less obvious that Johnson was using a – by now – familiar tactic. But he was – and it was straight out of the Vote Leave handbook.

Immigration was, of course, the defining issue of the 2016 EU Referendum, offered by the leave campaigns as the most pressing reason for Brexit.

Although Johnson and Michael Gove’s official Vote Leave campaign condemned Nigel Farage’s ‘Breaking Point’ poster – which depicted migrants of colour crossing the Croatia-Slovenia border, alongside the words “we must break free of the EU and take back control of our borders” – they were happy to peddle their own disingenuous statements about Turkey joining the EU.

While Johnson called Farage’s poster “not my politics” and said that voting to leave the EU would be a way of “spiking the guns” of anti-immigrant feeling, Gove claimed that Turkey and four other countries – all predominantly populations of colour – could join the EU as quickly as 2020 and that this could lead to 5.2 million more people moving to the UK under free movement by 2030.

“With the terrorism threat that we face only growing, it is hard to see how it could possibly be in our security interests to open visa-free travel to 77 million Turkish citizens and to create a border-free zone from Iraq, Iran and Syria to the English Channel,” he said.

The same dog whistle of dangerous brown foreign faces coming to the UK to destroy our way of life made a familiar sound when the Prime Minister linked “uncontrolled immigration” and climate change this week.

And why not? Immigration remains a key pillar of the Vote Leave Government’s agenda. Under her ‘New Plan for Immigration’, the Home Secretary has vowed to crackdown on “illegal immigration” that “puts unsustainable pressure on public services”, alongside ending free movement through Brexit and introducing a new points-based immigration system. Just last week, Priti Patel told a House of Lords committee on justice and home affairs that she believes hotel accommodation for those coming to the UK for asylum has “acted as a pull factor for people to come to the country illegally, thinking that they’re going to end up in hotels”.

But Johnson’s seemingly deliberate conflation of immigration and climate change also hints at the potential for something darker.

One of the tenets of far-right ideology on climate change is that over-population has strained the world’s resources and that the only way to mitigate this is to stop mass immigration from occurring.

As noted by Thomas Perrett in these pages, when in 2014 Marine Le Pen’s Front National launched its ‘New Ecology’ initiative in France, offering a “patriotic” and “realistic” alternative to mainstream environmentalism, it placed environmental politics within a broader context of opposition to globalisation, arguing that mass immigration would lead to an over-consumption of resources.

Other nationalist extremist theories, such as the baseless ‘Great Replacement’, posit that white European populations are being replaced with people of colour through mass migration from countries such as those in the Middle East.

By tying his apparent desire for the world to tackle climate change to stopping mass immigration, Johnson – unintentionally or otherwise – has lent credence to dangerous ideas.

At the very least, the use of this device is the action of someone seeking to divide – when it is cooperation and a realistic understanding about the world we all share which is required so urgently to protect it.