While Boris Johnson intervened to prioritise the evacuation of animals, Afghans who worked with the British and remain in the country face violence and fear

“I don’t know what will happen next time,” Amir (not his real name) told Byline Times over WhatsApp. The father of four is in hiding in Afghanistan, where for five years he worked as a translator with the British Armed Forces “The Taliban may torture me during their investigation, they may beat me lots, or even record the investigation.”

Back in August, when the British and US forces scrambled to leave Afghanistan, Amir was found eligible under the Afghan Relocations and Assistance Policy (ARAP) to leave the country as part of Operation Pitting – the mass evacuation of 15,000 British nationals and at-risk Afghan people, including those who had assisted the UK Government.

At the time, in response to allegations that animals from Pen Farthing’s NOWZAD charity were given priority over at-risk Afghans, Defence Secretary Ben Wallace denied they “jumped the queue” and Prime Minister Boris Johnson said claims he had personally intervened were “complete nonsense”. Emails released by the House of Commons Foreign Affairs Committee now show the Prime Minister “authorised their staff and animals to be evacuated.”

Though the Home Office has confirmed a further 1,500 people have arrived from the country since then, in the chaos that saw thousands of people rush to the airport in Kabul, Amir and his family were left behind.

Amir knew all too well the dangers of the Taliban. His brother, who he said had worked as a nurse with an international medical NGO, had already been murdered by Taliban fighters. His best friend was also killed by the Taliban, in a separate incident.

Desperate to escape, Amir and his family tried to cross the border into Uzbekistan. The plan was unsuccessful.

Now he is back in Afghanistan, living in a neighbourhood patrolled by Taliban fighters, fearful for his safety, for his family’s future – and for his life. Already, he has endured a brutal beating by Taliban forces and was imprisoned for 17 days.

Amir’s main hope now is to come to the UK.

“Day by day, everything is getting harder, and I don’t know what I have left to do,” Amir said. “Taliban fighters exist everywhere, and they are looking for those who worked for the coalition forces.” 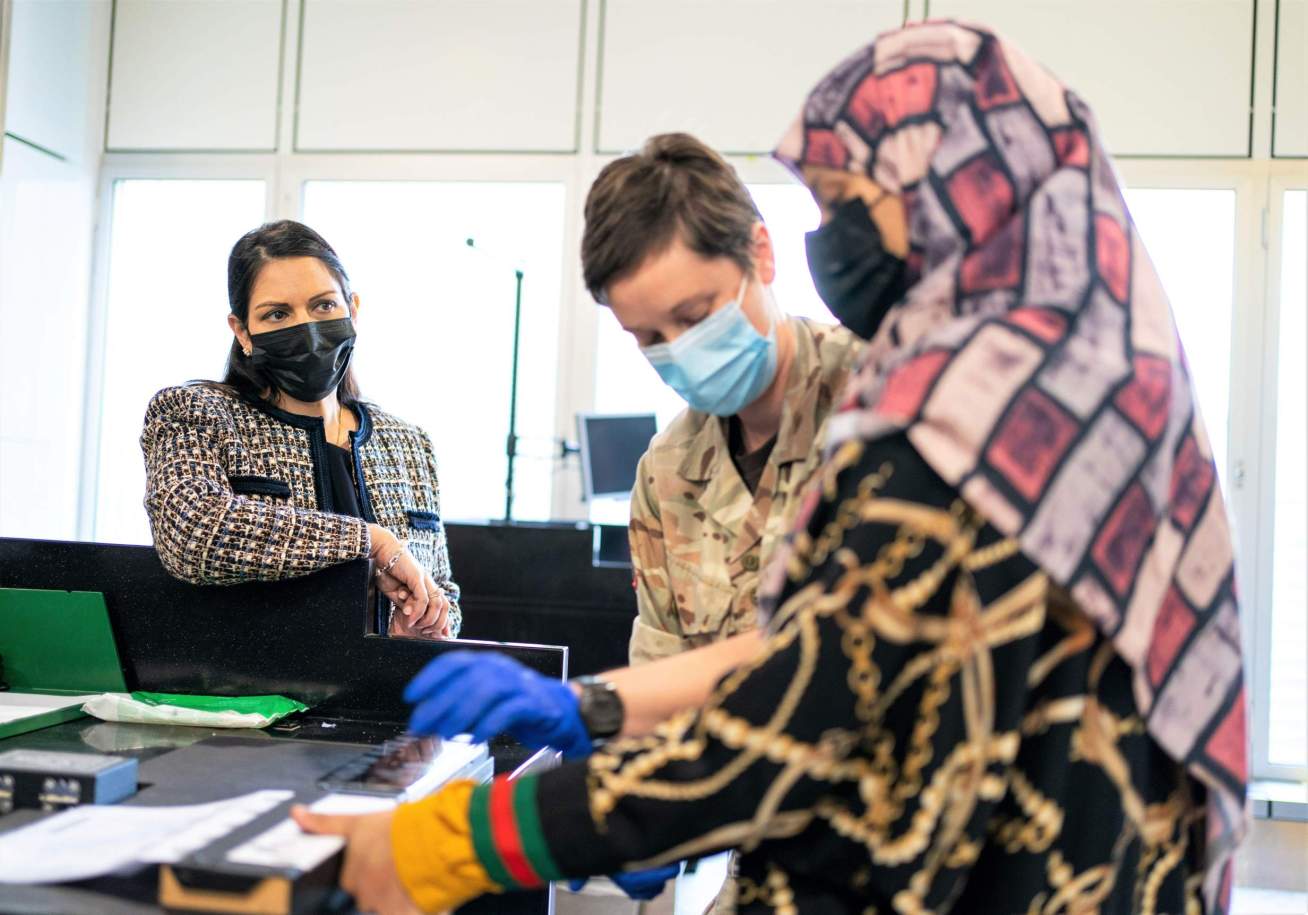 Amir’s story comes as the Government has launched the Afghan Citizens Resettlement Scheme (ACRS), as part of its New Plan for Immigration.

The scheme, which was announced in the wake of the Taliban takeover of Afghanistan in August, opened this month. It is set to exceed its target of settling 5,000 Afghan people in the first year, with a further 20,000 resettled in the coming years.

A Home Office spokesperson told Byline Times that some of those who arrived as part of Operation Pitting will now be “resettled under the ACRS, a scheme designed to protect those who are vulnerable and at-risk”. These included women’s rights activists, journalists, prosecutors, and Afghan family members of British Nationals.

The scheme offers two further resettlement pathways into the UK. The second pathway will launch in spring 2022, with the UNHCR referring refugees for resettlement in the UK. However, this has raised concerns that people stuck in Afghanistan will not have a safe and legal route into the UK until later this year.

For people like Amir, who are already experiencing threats and intimidation from the Taliban, those months risk being too long to wait.

The Home Office confirmed the Government provides a safe and legal route to bring families together through its family reunion policy, which allows partners and children under 18 to join those granted protection in the UK.

The Nationality and Borders Bill, which is currently being debated in the House of Lords, would create a tiered asylum system for those who arrive in the UK via irregular routes, such as small boats, compared to those who are resettled – a ‘regular’ route. Chief executive of Refugee Action, Tim Naor-Hilton, told Byline Times that it is “shameful that the Home Secretary’s anti-refugee bill will criminalise refugees who haven’t been lucky enough to get on the resettlement programme and have to travel to the UK on their own”.

“Resettlement works by seemingly at random selecting a tiny fraction of those who are in need of support, who have been identified by the UN, who are then transported to a better place,” Dr Peter Walsh, of the Migration Observatory, said. “It’s a lottery, really, a total lottery.”

The third referral pathway will, in its first year, prioritise resettlement places to the most at risk British Council and GardaWorld contractors, and Chevening alumni. Beyond the first year, the Government has said that it will work with international partners and NGOs to welcome wider groups of Afghans at risk.

This means that it could be two years after the Taliban takeover that people like Amir – as well as vulnerable women, LGBTIQ people and religious minorities – are resettled in the UK.

The Government has also narrowed the eligibility criteria for ARAP, a move criticised by the former Afghan Ambassador, making it harder for those who worked with the British to resettle.

“We are concerned that this much-vaunted resettlement scheme will actually offer no route to safety for people still stuck in and around Afghanistan,” said Naor-Hilton. 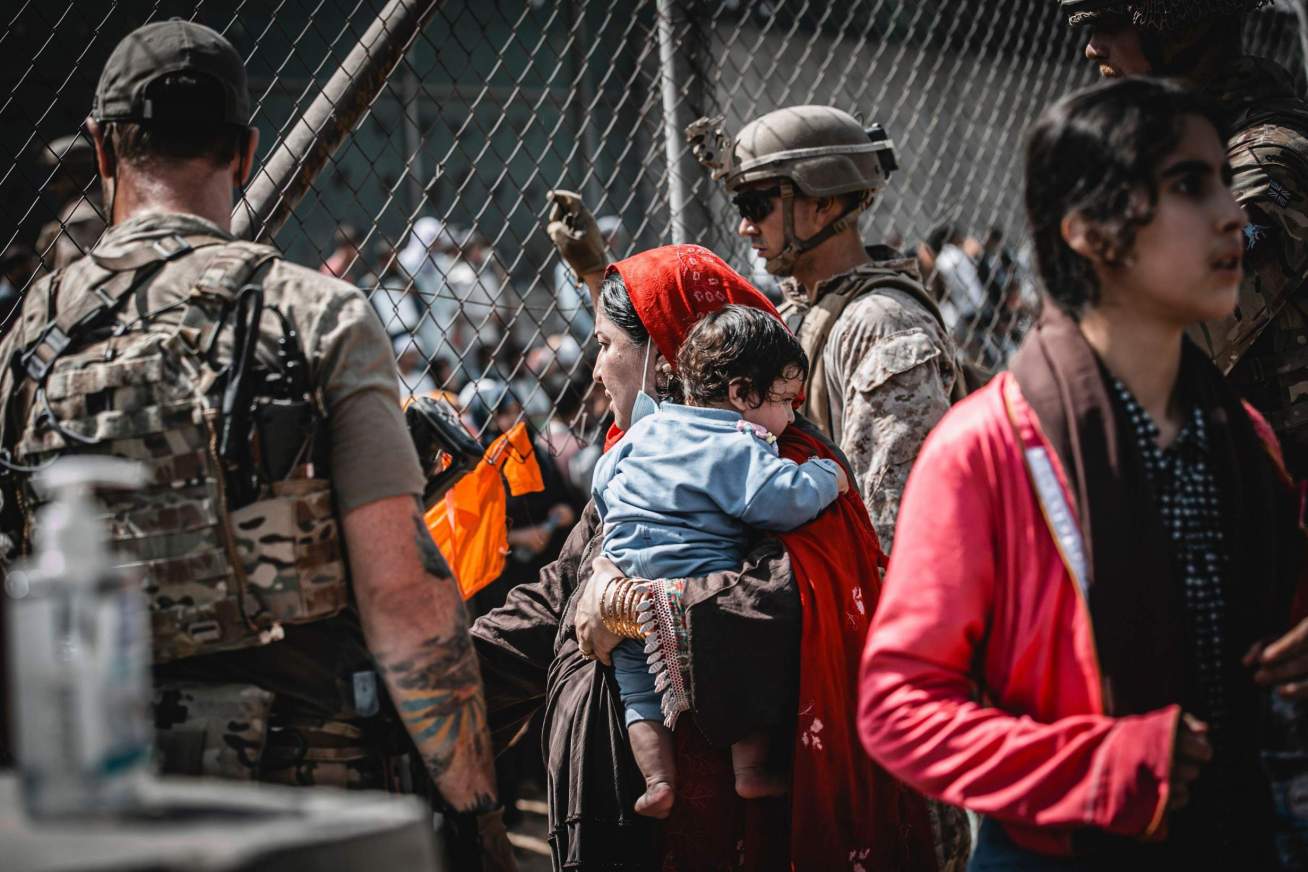 What Next for Amir?

“They are worse than animals,” Amir told Byline Times, describing the Taliban fighters who patrol his neighbourhood. His greatest fear is that he will be subjected to the fatal violence some of his interpreter colleagues have already faced: with reports that interpreters have been beheaded by a vengeful regime.

In response to the disintegrating security situation, more than 100 Afghan interpreters including Amir have formed the group ‘Interpreters’ Lives Matter’. They sent a letter to the British Embassy in Kabul, urging the UK Government to provide sanctuary to former employees of the British military.

The letter accused the Government of “not paying attention to the real problems” such as death threats, families becoming targets, inability to access employment, and communities turning their backs on interpreters. In it, the coalition warned that their deaths would “bring great shame on the UK Government”.

“If this continues,” the letter asked, “who will trust UK forces in the future?”

Marc Limon, executive director of the Universal Rights Group, told Byline Times: “The UK and US, among others, bear an enormous responsibility for the tragedy unfolding in Afghanistan, especially towards those who helped them over the past 20 years. While the current situation is highly complex, and UK influence very limited, the least they can do is settle all those who helped and protected coalition forces in Afghanistan – we owe those people a debt of gratitude and to abandon them to the Taliban would be a grave injustice.”

A Home Office spokesperson said: “The UK is taking a leading role in the international response to supporting at-risk Afghan citizens and has made one of the largest commitments to resettlement of any country. The ACRS will provide up to 20,000 Afghan women, children and others at risk with a safe and legal route to resettle in the UK. We undertook the biggest and fastest emergency evacuation in recent history, helping over 15,000 people at risk to safety in the UK, including thousands of women and girls.”

The Home Office also confirmed that resettlement is one element of the UK Government’s response to the situation in Afghanistan, in addition to diplomatic efforts and international aid in the region, working alongside like-minded states and as part of the international community.