Dead Cats and Media Mayhem What Is Happening Outside Westminster?

Left or right, whenever a political scandal like ‘Partygate’ erupts, someone somewhere declares it a ‘dead cat’ – a political ploy to distract attention from one issue to another; the equivalent of throwing a dead cat on the table.

When the Downing Street and Whitehall parties first hit the headlines, some on the left declared it a dead cat thrown onto the table by a Conservative-supporting media to distract us from various issues. This argument held little water considering it was the Conservatives getting into trouble, and that trouble was helping increase Labour’s popularity.

Now, as we approach month three of Partygate, Conservatives are rushing onto the airwaves, declaring each new revelation to be a dead cat that is distracting attention from the vaccine roll-out, Brexit, war in Ukraine, from anything – anything – that will stop us talking about cakes and balloons and sing-songs and wine suitcases and prosecco fridges.

But the parties are not a distraction from the ‘real issues’. In fact, the parties are the real issue: if that issue is a culture of venality, incompetence, self-interest and ideological selfishness that puts the needs and desires of those in charge over the needs of the country.

Because as we talk about the venality, small ‘c’ corruption, and self-interest of our current Government – epitomised by the parties that took place while people were denied saying goodbye to their loved ones, while women miscarried alone, while birthdays went uncelebrated and funerals happened on Zoom – the impact of that same culture is wreaking havoc in deeply troubling ways.

That the Government partied while we stayed at home, following the Coronavirus lockdown rules, has created widespread outrage. The very reason we are talking about the parties is because of COVID-19’s impact on our lives.

The majority of the population has had the vaccine, but our infection rate remains frighteningly high and the UK still has the second-highest Coronavirus death rate in Europe after Russia: 154,000 people have died of the virus since the pandemic began.

On 12 January, when the headlines focused on Johnson’s party apology at Prime Minister’s Questions, 398 people died from the Coronavirus.

The impact of the crisis on an already under-funded NHS has pushed the service into crisis. Data from November found that the overall median waiting time for treatment was 12 weeks, while the number of patients waiting more than 18 weeks for treatment stood at 2.07 million. The total waiting list currently sits at an alarming, record high six million and continues to grow. 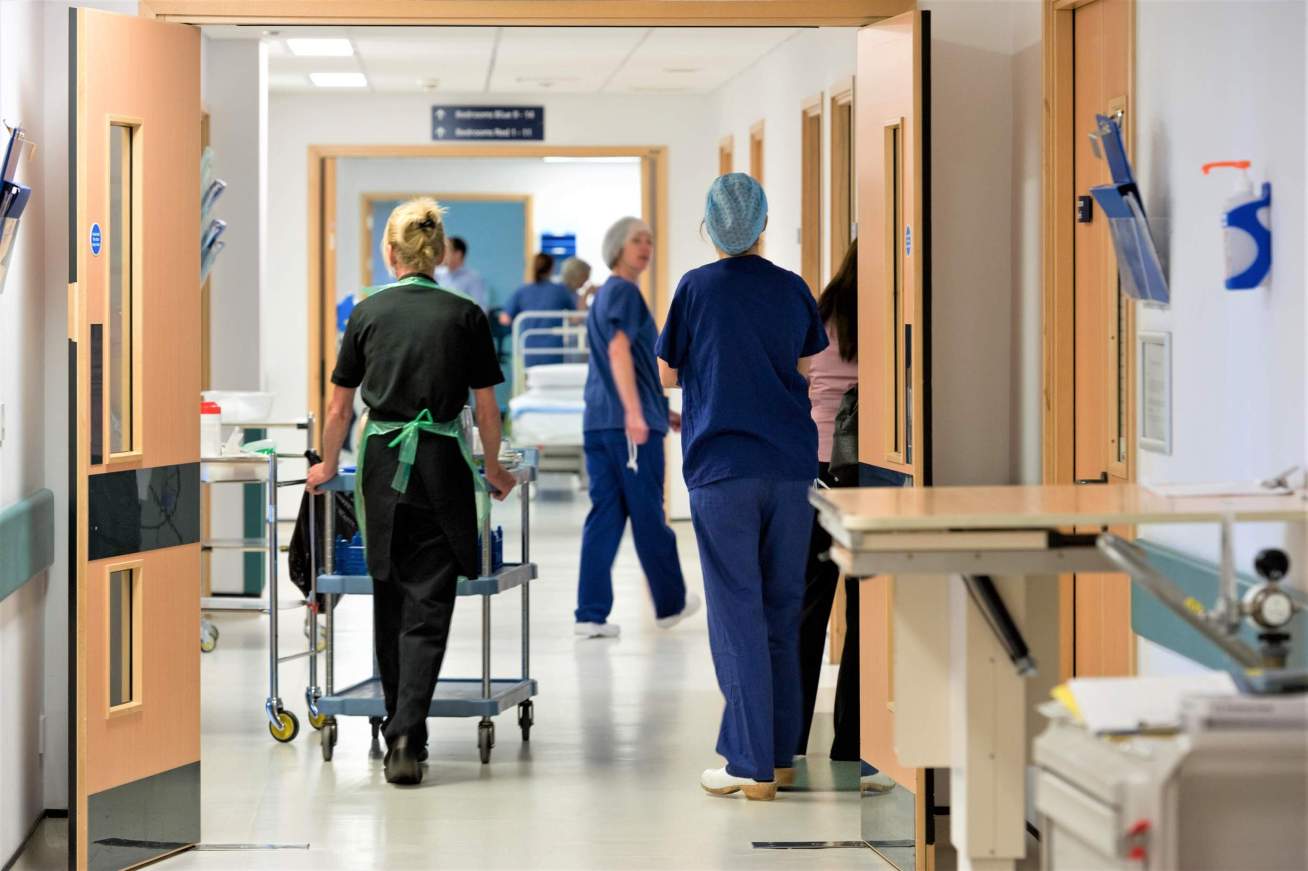 The Conservatives may boast that the UK has the most ‘open’ economy in Europe, but the economy itself continues to be sluggish.

Inflation is at a 30-year high of 5.4%, causing a severe cost of living crisis exacerbated by stagnant wages, benefit cuts and freezes, high food prices and rising energy bills.

The forecast for UK growth in 2022 has been cut to 4.7% from 5% in the IMF’s latest world economic outlook.

The economy was growing slower than initially expected, even before the Omicron wave hit. There is good news: the UK economy is growing faster than other G7 nations right now, but the pandemic followed a decade of “unspectacular economic growth”, according to research published by the Commons Library. We were starting behind.

Austerity, we are repeatedly told, is over – but the impact is not. As the Westminster gossip mill discussed how No 10 was decorated to the tune of £112,000 and our Chancellor counted his net worth of £200 million, more and more families plunged into poverty.

On the day the newspapers led with Dominic Cummings accusing the Prime Minister of lying about the parties, the Joseph Rowntree Foundation estimated that 500,000 more children are living in “very deep poverty” than a decade ago – meaning that their household income does not cover the very basics.

An Unequal KingdomEvidence Shows We Were Never ‘In This Together’

As for those enjoying the infamous gold wallpaper, the same day the headlines reported the Metropolitan Police decision to investigate the parties, the Police, Crime, Sentencing and Courts Bill had its third reading in the House of Lords.

The bill is controversial for a number of reasons, not least for seeking to restrict freedom of protest and assembly, increasing sentences for non-violent offences such as vandalising statues.

It is happening in the context of a prison system in crisis, with overcrowding, self-harm and violence all risking the health and wellbeing of inmates; and when the courts are struggling to process those breaking the old laws – the backlog of cases for the crown court is more than 59,000, with some people waiting more than two years for their case to be heard. This means that more people are imprisoned on remand, before being found guilty, month after month – while victims struggle to get closure for the crimes committed against them.

Being considered by the House of Lords alongside the Policing Bill is the Nationality and Borders Bill, enacting Priti Patel’s ‘New Plan for Immigration’ which seeks to create a tiered asylum system while criminalising and discriminating against those who arrive into the UK via irregular routes.

The bill was passed by MPs in the House of Commons on 8 December 2021 – the same day newspapers led with the leaked Allegra Stratton video from the year before, in which Number 10 staffers could be seen rehearsing a mock press conference and joking about Christmas parties. 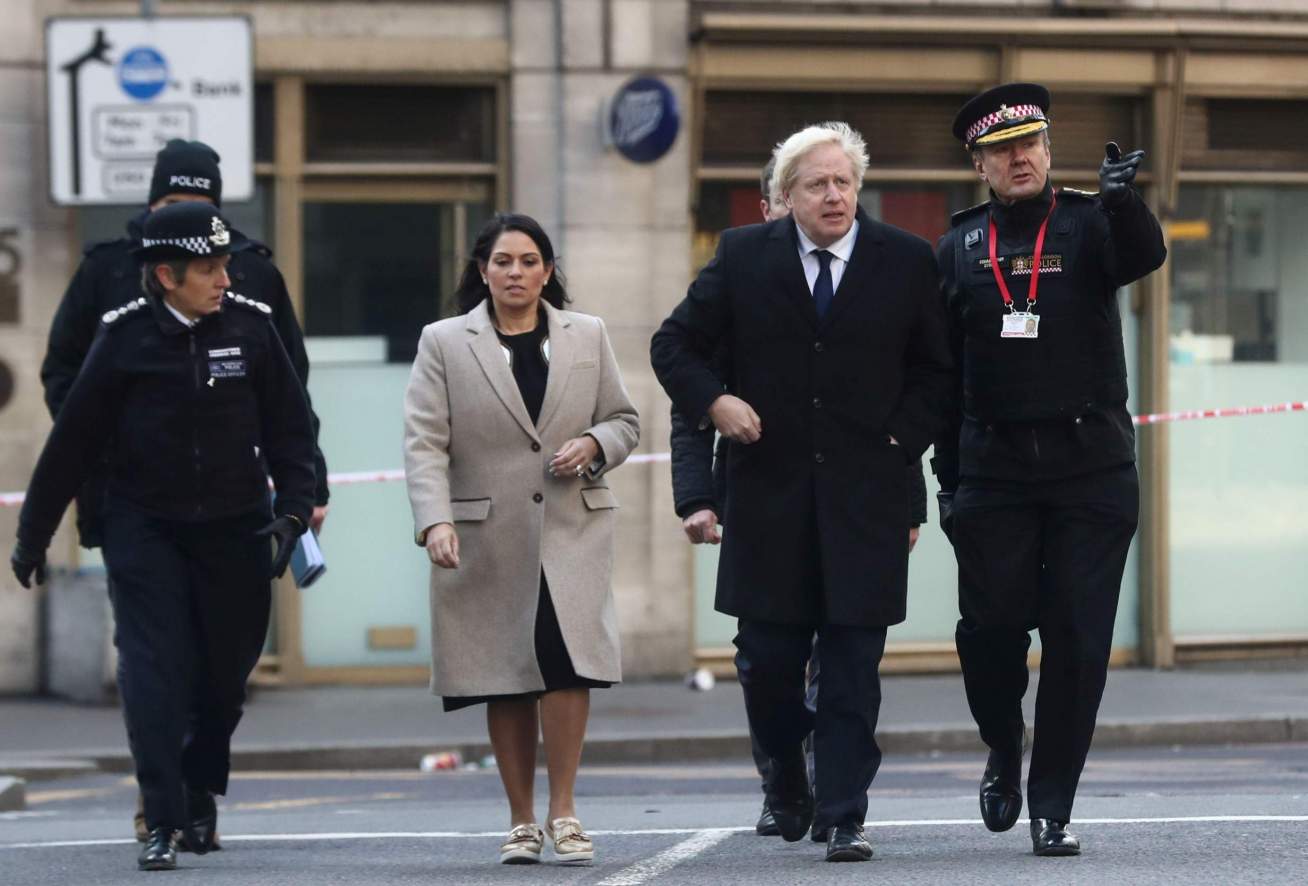 Somebody Think of the Children

The straw that seemed to break the camel’s back for the Met Police was the allegation that Boris Johnson had attended an indoor gathering for purposes other than work on his birthday. These celebrations were perhaps hardest missed by children, whose experiences of the pandemic have been much-ignored.

After closures in 2021, this winter 99% of school settings are open, but not everyone is in the classroom. Pupil absence in all state-funded schools was 5.1% on 20 January, up from 3.9% on 6 January, with nearly one in 10 teachers (9%) off sick. While teachers and pupils struggle to go to school, newspapers were filled with calls that Johnson should, “in the name of God, go!”

According to a survey by Young Minds, 80% of young people surveyed said that the pandemic had made their mental health worse while 67% believed that it would have a long-term negative effect on their mental health. All this, and yet the Department for Education coughed up a mere £3.1 billion for its schools recovery fund – railways, in contrast, got £12.8 billion.

And that’s before we even get to war in Ukraine.