The Government’s ‘hostile environment’ policy put public health at risk during the Coronavirus pandemic, according to a new report.

An inquiry by the Joint Council for the Welfare of Immigrants (JCWI) has called for the Government to put public health before anti-immigrant policies and immediately suspend the hostile environment from all areas of public life.

It comes as the Nationality and Borders Bill is heard in the Lords, which seeks to overhaul the UK’s immigration system.

The ‘hostile environment’ is the umbrella term for immigration policies introduced by then Home Secretary Theresa May, which make it difficult for undocumented migrants to benefit from free healthcare. They have created a climate of fear that accessing NHS services could lead to an individual’s data being passed on to immigration enforcement. This, in turn, puts them at risk of being detained and deported.

These policies are accused of heightening the risks of COVID-19 for the estimated 800,000 to 1.2 million undocumented people living in the UK, as well as the wider public.

Black and brown communities experienced higher rates of serious illness, hospitalisation and death from COVID-19 – including undocumented migrants from black and ethnic minority communities. The reports calls on the chair of the public inquiry into the handling of the pandemic to ensure that undocumented migrants’ voices are heard.

At the start of the crisis, a coalition of migrants rights organisations, as well as the British Medical Association, Royal College of Physicians and UK Faculty of Public Health, warned the Government that hostile environment policies would hamper public health efforts. Their recommendations were not implemented.

Caitlin Boswell, author of the report, said: “Public health should have been the Government’s number one priority over the past two years, with everyone given the support needed to stay at home, get care and get vaccinated without fear. Instead, we’ve seen this Government maintain their dangerous and discriminatory immigration rules undeterred.”

Speaking at the report launch, he said migrants are avoiding getting help for health issues due to immigration enforcement concerns, and are being denied access to basic services such as healthcare. 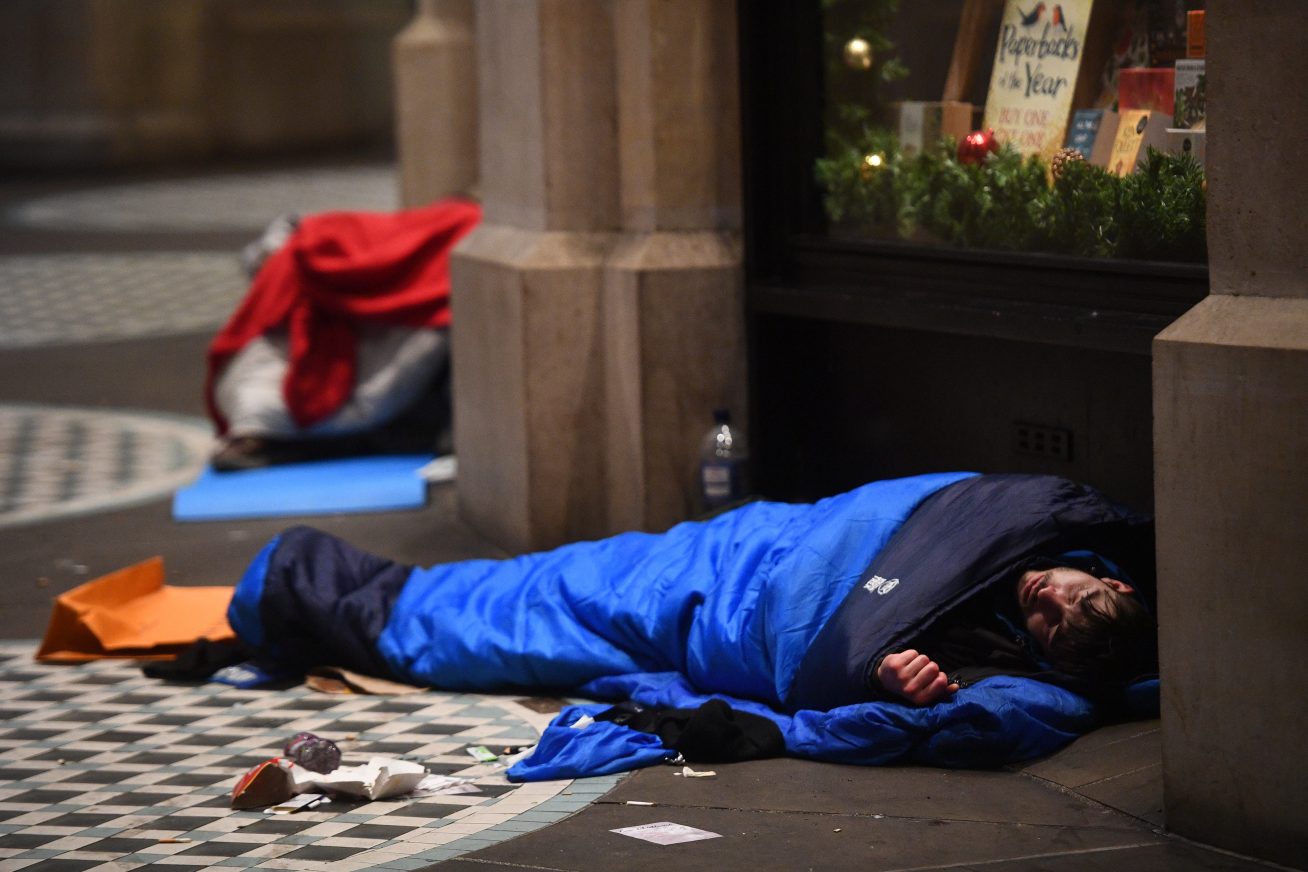 Nearly half (46%) of the migrant people with no recourse to public funds who JCWI surveyed for its report said that they would be “scared to access healthcare if they became unwell during the pandemic”.

This was despite the Government introducing an exemption on data-sharing and charging for COVID-19 diagnosis, treatment and vaccination. The policy, the JCWI stated, was “not working”.

Some undocumented migrants and people with no recourse to public funds could not access healthcare when they needed it as they simply did not know if they were entitled to care or not, and were too afraid to ask. One woman told the JCWI that she did not know she was eligible to register with a GP and was afraid the NHS would share her data with the Home Office if she did.

Lack of confidence in accessing care had life or death consequences throughout the pandemic. A report into the Coronavirus experiences of precarious Filipino migrants, published in June 2020, learned how several undocumented people died at home with symptoms of COVID-19 due to fear of being deported.

Francesca, who was quoted in the report, said she knew “of several undocumented Filipino migrants who died because they just didn’t go to the hospital because they were too scared of being deported. It says so much about the hostile environment policy that people would rather die alone at home without access to medical care than face the possibility of being reported to immigration services”.

At the start of the vaccine roll-out, the Government confirmed that the Coronavirus vaccine programme was free and open to everyone, regardless of immigration status. However, just as with accessing treatment, the JCWI found that “fear of immigration enforcement runs deep, increasing the risk that undocumented people will not get vaccinated”.

The report found that charities ended up shouldering the work of ensuring people with insecure immigration status got the vaccine, for example, by setting up pop-up vaccination hubs for those who are not registered with a GP or who are afraid to attend a formal healthcare setting.

People attending vaccine appointments also reported discrimination – one woman shared how she was asked to provide photo ID and questioned about her identity. “It looks like I’ve been humiliated because of my colour,” she said.

Maria, an undocumented migrant, explained how “we should have the right to get the vaccine without fear, to go to the hospital without fear. But right now, every step we take we are worried. The pandemic has been hard on everyone, but to feel like you can’t even seek help without worrying about being torn away from your community has been agonising”.

“Many of these people are on the frontline of the crisis in sectors such as agriculture, cleaning, and care,” added Clive Lewis. “Yet they don’t have a safety net because of hostile environment barriers to accessing basic services like the NHS.”

“If the Government wants to learn lessons and fully recover from the pandemic, it must stop prioritising its anti-immigration agenda above saving lives” said Caitlin Boswell. “It must listen to migrants’ voices, including those who’ve lost status, and ensure that in the future, no-one has their life put at risk because of their immigration status. Doing so will not only protect the most marginalised, it will help protect all of us.”