The Hostile Environment for Rough Sleepers is Costing Lives

In November 2020, Priti Patel made rough sleeping grounds for deportation. Samir Jeraj spent a year with the Museum of Homelessness as part of a project to push-back against the policy

Like many migrants, Adam came to the UK to support his family – his wife, son and parents – who stayed behind in Poland. He had been working as a chef for three years when his world ended. His family, all of them, died in a car crash. Nine years on, Adam still lives with the trauma and depression from those tragic events – but that was just the start.

“Within a few months of their deaths, I had lost everything,” he told Byline Times.

Adam’s job, money and flat evaporated in quick succession, and he started using drugs and staying on the street. “I spent my first nights on the street in Shoreditch,” he recalled. “It was absolutely horrible.”

The years after were a precarious mix of begging, eating discarded food, depression and drugs. Eventually, he was found sleeping in a bin shed by a cleaner and, when the police turned up, they said he could get help. A few days later, an outreach worker arrived with immigration enforcement officers instead.

“I remember them saying ‘we’ve got him’,” Adam said.

The UK’s ‘hostile environment’ has targeted homeless people long before the term was coined by Theresa May in 2012. But, under the current Home Secretary, Priti Patel, the level and scope of hostility has increased exponentially.

This has led to a variety of responses, from Homeless Link’s ‘Support Not Deport’ campaign to more focused campaigning, such as Project Fortify – a year-long investigation of the hostile environment launched by the Museum of Homelessness.

Brexit has enabled the Government to pursue more extreme deportation policies, while the Coronavirus pandemic has provided political cover. Last year, Patel brought back the Rough Sleeper Support Service – part of the deportation regime that was found illegal in 2019, only for it to fall apart again as local councils and charities that had signed up quietly walked away from the scheme. 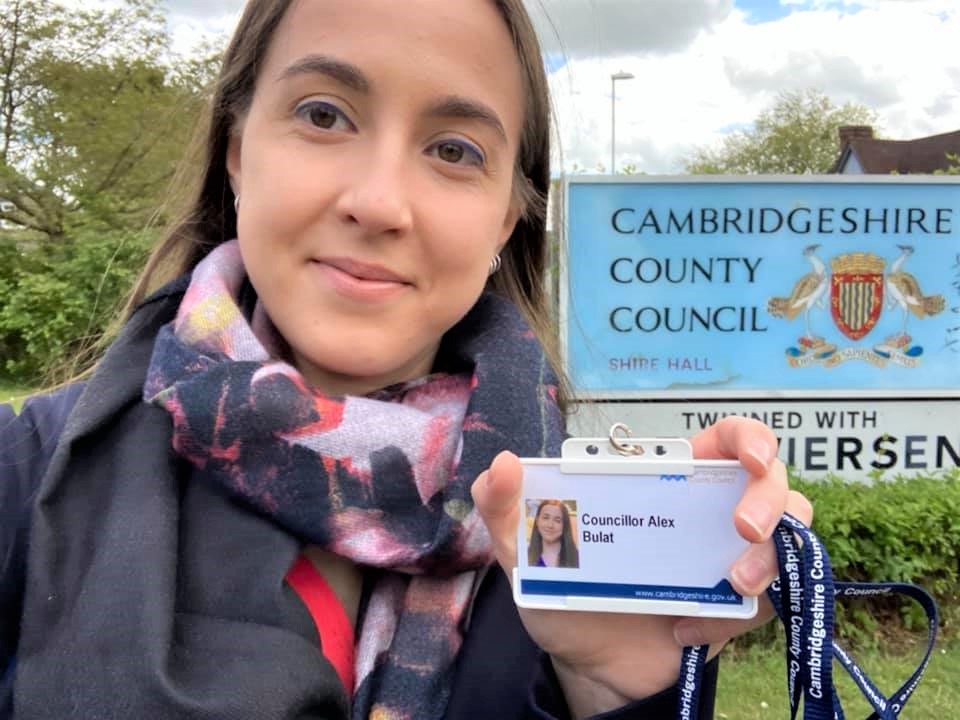 ‘If Someone Told Meto Go Back and Live In Romania,I Would Really Struggle’

The hostile environment was also present in efforts to coerce people into so-called ‘voluntary reconnection’ and during the first six months of the pandemic 392 rough sleepers were sent back to EU states.

In the spring of 2021, a group of Roma were living by Warren Street station in central London, camped out under an overhanging building for shelter. In the run-up to the end of the EU Settlement Scheme, the group were moved on several times by police and enforcement officers and then approached by an outreach worker, according to the Public Interest Law Centre, Streets Kitchen and the Museum of Homelessness.

The Roma understood them to be offering ‘tickets home’ instead of support to apply for settled status – something they had a right to do. Several of the group felt that they had no choice but to accept the offer. The Home Office was unable to say how many people without a permanent address had applied for status under the EU Settlement Scheme or how many had been successful.

The hostile environment is also feeding into violent action by the far-right.

During the COVID-19 pandemic, the overlap between homelessness and immigration status has been underlined as street homeless people and asylum-seekers found themselves ‘housed’ in some of the same hotels.

At the same time, the Government has fed far-right hysteria with well-publicised action against people using boats to seek asylum in the UK. It was the hotels housing both homeless people and asylum seekers that were targeted by groups such as Britain First.

The far-right has long used the idea that homeless white British people, and veterans in particular, are losing out to “immigrants”. The Home Office recorded at least 70 attacks on hotels believed to be housing asylum seekers, with more happening following the UK accepting Afghan refugees.

These included incidents where they mistakenly targeted hotels housing homeless people with immigration status (including British nationals). In July 2020, and again in February 2021, a hotel in Essex was attacked by the For Britain Movement and Patriotic Alternative. One of the intimidation tactics used by the groups was to film people living there.

Jane Williams, of the Magpie Project – an organisation that supports homeless mothers and young children in east London – told Byline Times: “The video was so distressing to watch because there were just these men filming really traumatised-looking people going in and out.” One of the families the project was supporting had to be moved “in an emergency” following the video being uploaded online. “It was really, really frightening for the family involved,” Williams said.

When the Home Office began to resettle asylum seekers outside of London under ‘Operation Oak’, it ignored warnings from local councils which believed that they would be at risk of far-right violence.

“What we see is that the hostile environment is particularly hostile to vulnerable mothers and their children,” Williams told Byline Times.

Even inside the housing, accommodation – which people only live in if they have been accepted on to the legal route of claiming asylum – there are signs offering to send people back. 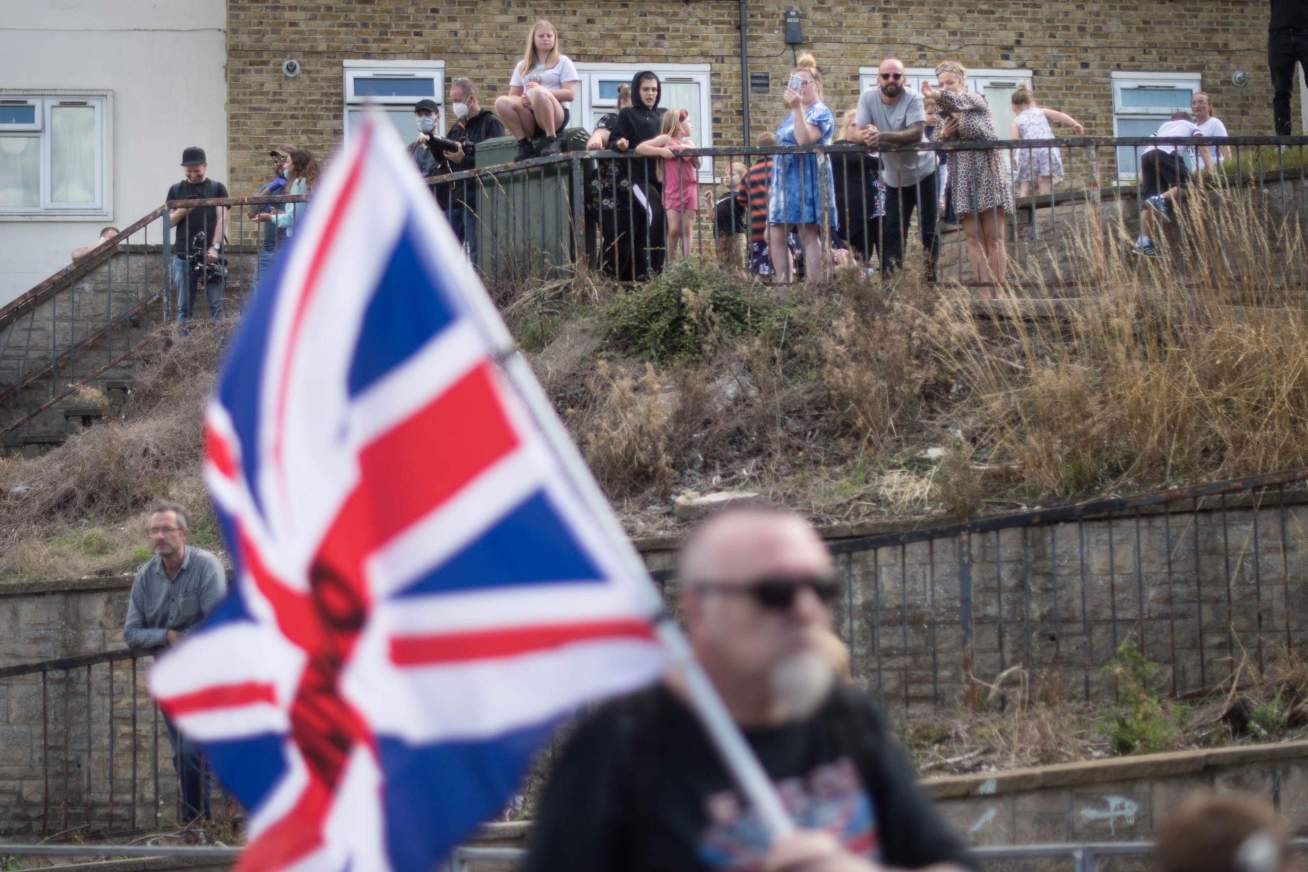 Williams has come across examples of where the women that the Magpie Project supports have complained about broken windows or infestations and been told by housing managers not to complain because “you shouldn’t be here”. In one case, an asylum-seeking family were told by police not to file complaints about assaults that have taken place within accommodation as it “could affect their immigration application”.

Last March, Haringey Council published the results of an investigation into the deaths of three homeless EU nationals in the London borough. In all three cases, immigration policy prevented them from accessing services that could have saved their lives and put them on a path to recovery.

Liberty Investigates found that 95 people have died since 2016 in asylum seeker accommodation commissioned by the Home Office – a number that rose from four in 2019 to 36 in 2020, and is nearly double what the department had disclosed to the Scottish Refugee Council months earlier.

As the UK prepares to pass the Nationality and Borders Bill, aimed at keeping people out of the UK, it is clear that without fundamental change the situation for rough sleepers and people in temporary housing will get worse.

“My experience with the Home Office just pushed me away from ever wanting to deal with homeless services again,” Adam told Byline Times.

It would be another three years on the street before he would trust another outreach worker and, even when that happened, it was months before he believed that applying for a passport and settled status was not the first step to deportation. Now, he is actively working on his recovery with help and support from services and hopes to use his experiences to help other people like him.

“Despite the progress I have made, I still have a nagging feeling that it could all fall apart,” he said. “My experience with the Home Office pushed my recovery back by four years, and kept me on the streets. I wasn’t able to trust the services that were best placed to help me, so my situation just got worse.”

This article was corrected on 24/01/2022 to correct an error about the running of a asylum accomodation.