If Suella Braverman decides to refer the Colston statue case to the Court of Appeal – after the four defendants were found not guilty of criminal damage for removing the statue of the slave trader in Bristol – the rule of law in Britain will be significantly eroded, says Gareth Roberts

The acquittal by a Bristol jury of the four defendants accused of the criminal damage of the statue of slave trader Edward Colston has prompted the Attorney General, Suella Braverman, to consider using her powers under section 36 of the Criminal Justice Act 1972 to challenge the verdict.

Braverman has suggested that the verdict has caused confusion about the law and that she may put the matter before the Court of Appeal for judges to hear the case afresh and produce a legal opinion about the future availability of the defence that was put before the jury.

“Trial by jury is an important guardian of liberty and must not be undermined,” she wrote on Twitter. “However, the decision in the Colston statue case is causing confusion. Without affecting the result of this case, as Attorney General, I am able to refer matters to the Court of Appeal so that senior judges have the opportunity to clarify the law for future cases. I am carefully considering whether to do so.”

The consideration is an unusual step which raises the question of whether Braverman is genuinely motivated by a desire to clarify the law – or politics. The latter is more troubling, throwing doubt over the Government’s commitment to the separation of powers, the independence of the judiciary and the sanctity of the jury system.

Braverman, is not a criminal lawyer – her background is in planning law. She has very little experience, if any, of juries, or for that matter, crown court circuit judges and the process of a criminal trial. If she did, she would know that, as a lawyer, when the jury retires and the door of the court is slammed shut, there is nothing left to do, except put your trust into the hands of the 12 people chosen and hope that the prosecution and defence barristers have done their job well enough to allow them to reach the right verdict – not necessarily the verdict sections of society may want – but the right verdict. 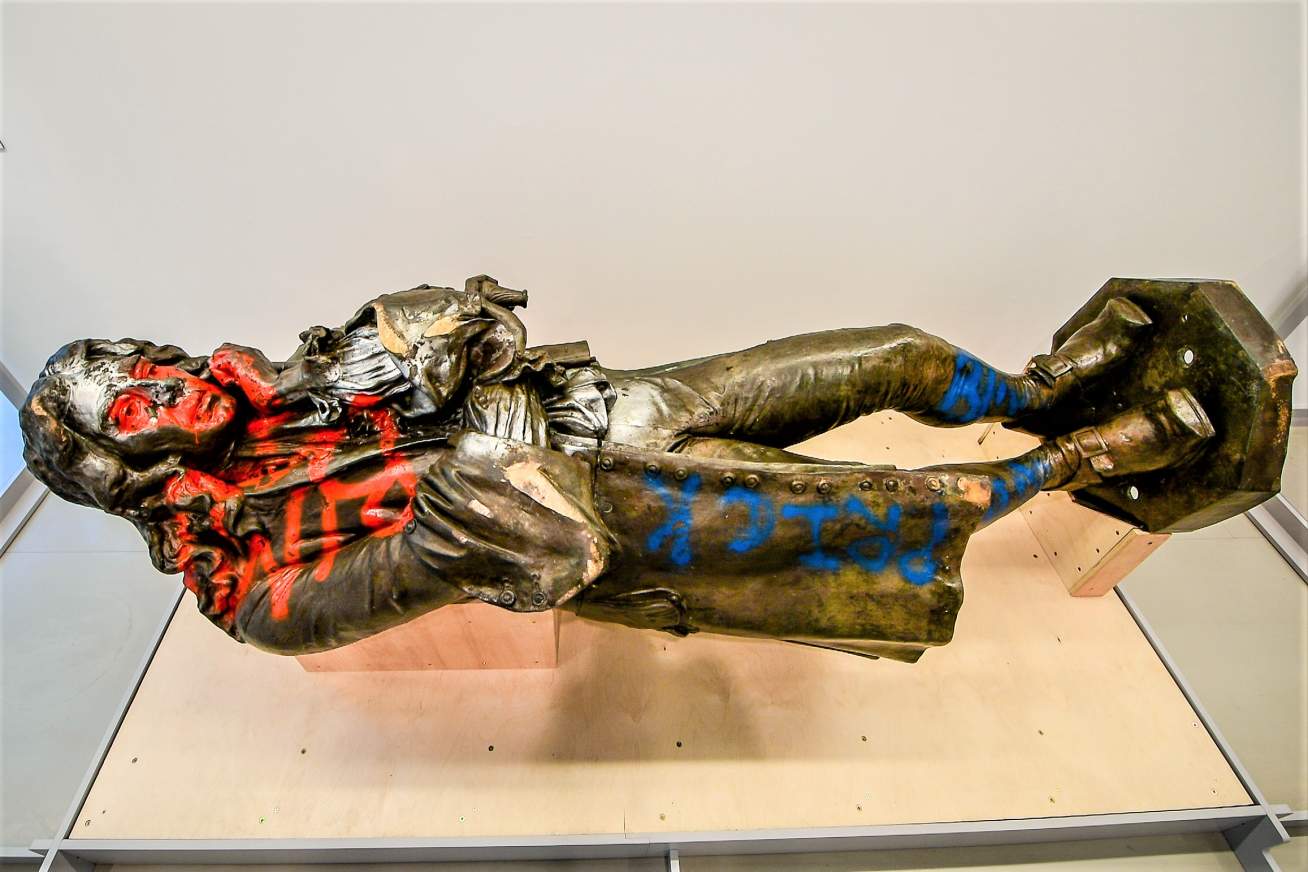 She would also know that circuit judges take great care to direct a jury fairly about the law and the evidence, making sure that both sides of the case are properly rehearsed before a jury – indeed, these days judges will give written directions to the jury, with a step-by-step guide to help jurors with their deliberations and remove any confusion that they might have.

Barristers and solicitors involved in the Colston statue trial would have seen the judge’s directions in advance of the summing up and would have the chance to correct any errors in law or any perceived unfairness in the review of the evidence.

The case was presided over by the Recorder of Bristol, His Honour Judge Peter Blair QC – an extremely experienced and able circuit judge. In front of him was a senior barrister for the Crown, and four highly regarded advocates representing each of the four defendants.

The offence of criminal damage is not a particularly complicated area of law. There are a number of well established potential defences available – the most common being that the person charged did not commit the damage, that the damage occurred accidentally, or, that the item damaged was owned by the person who damaged it. Less common, but just as important, is an assertion that the act was justified. In the case of the Colston Four, the defence put forward an argument that the removal of statue was justified as its continued existence constituted a hate crime.

To that end, the defence sought to call expert evidence in the form of the eminent historian David Olusoga, who told the jury that Edward Colston was a man who had murdered and enslaved many thousands of people and that his statue was an affront to the people of Bristol who did not want to celebrate that part of their history.

When the defence made an application to have this expert evidence included in the case, the judge heard its legal argument and decided that it was admissible. At this stage, the prosecution could have appealed the judge’s decision, but did not and the trial proceeded.

Ultimately, the prosecutor made a speech saying that this was a case that had nothing to do with historical or cultural prejudice, but was simply an act of vandalism as the accused had destroyed something that did not belong to them. 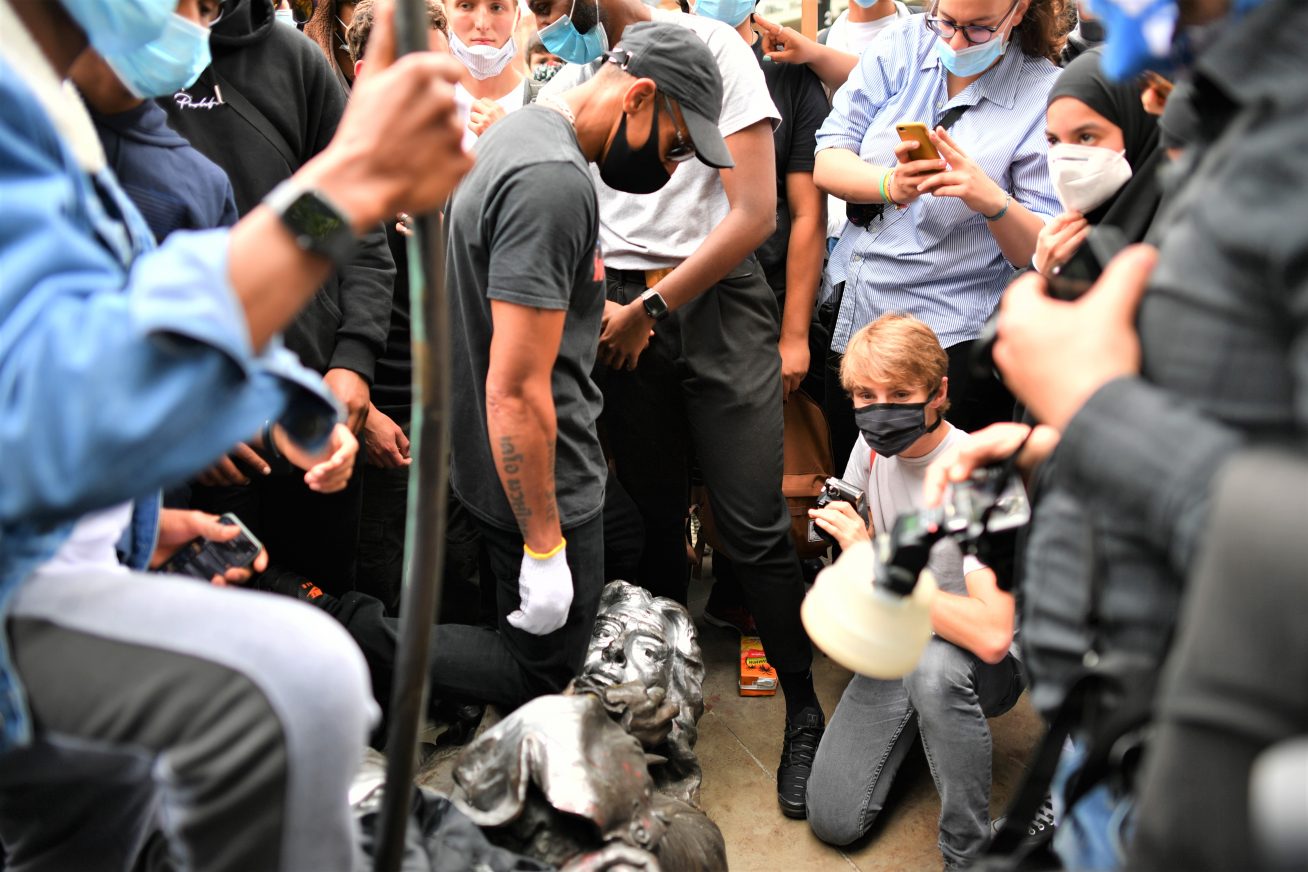 Tear Down the Tyrants,Reappraise the Past

The jury disagreed and, as can be gleamed from its verdict, concluded that the decision of protestors to destroy the statue of the slave trader Edward Colston was justified.

Many, particularly those on the political right, were appalled by the jury’s verdict and have attempted to label it as a demonstration of ‘wokeism’ and ‘cancel culture.’ Former Housing Secretary Robert Jenrick has claimed that the verdict undermines the rule of law, while his fellow backbench Conservative MP, Tim Hunt, has said that it sets a “dangerous precedent”.

If the Attorney General’s decides to refer the case to the Court of Appeal, she will be attempting to undermine the jury system in the event of a verdict being reached that is at odds with her political philosophy. It is this, not the verdict, that would set a potentially dangerous precedent.

For, if Suella Braverman is successful and manages to change the law to make defences such as those put properly before the jury by the Colston Four defunct, then we are all in danger of becoming a country in which the rule of law is determined by the political will of the party in power.