Are partnerships between the UK’s leading higher education institutions and Chinese companies suggestive of a new intellectual ‘Belt and Road’ strategy from Beijing? Max Colbert and The Citizens report

A new investigation has raised concerning questions about how the UK’s universities are forming partnerships which “deepen ties with authoritarian states”, and whether China is seeking to extend its ‘Belt and Road’ infrastructure development strategy into the international intellectual terrain through funding by state-backed technology companies.

The Byline Intelligence Team and The Citizens can reveal that 75% of the UK’s top-ranked Russell Group academic institutions have been awarded research agreements or have accepted funding from state-backed Chinese technology firms linked to human rights and national security concerns since 2018.

£14.5 million has changed hands for research work spanning machine learning, artificial intelligence (AI) and the Internet of Things (IoT). However, many of the details of these contracts remain either protected under non-disclosure agreements or withheld through Freedom of Information (FOI) exemptions covering ‘commercial interests’.

The Chinese firm with the largest involvement in these research agreements has been Huawei, which is linked to all of the institutions in question. Three of the universities have also worked with the technology conglomerate Tencent on unspecified research projects.

Stephen Kinnock, Shadow Minister for Asia and Pacific, told Byline Times: “It is troubling that Chinese state-backed enterprises which are facilitating human rights abuses in China are growing their presence in our universities. Funding agreements signed with Beijing tend to come with strings attached, so universities need to recognise the threats posed by such agreements to their academic independence in relation to China’s record on human rights and other controversial issues.”

The growing role of state-backed Chinese companies in British academic institutions runs contrary to the mood of the Government. Four members of the Five Eyes intelligence-gathering alliance, including the UK, have banned further roll-out of Huawei products in 5G infrastructure.

The UK has now tasked intelligence operatives with finding an alternative provider following pressure from the US, citing concerns over the security of Huawei 5G networks. Huawei denies these claims, and that the company holds any ties to the Chinese state, although this is contradicted by parliamentarians, who last year concluded: “It is clear that Huawei is strongly linked to the Chinese state and the Chinese Communist Party.”

As Byline Times previously reported, Tencent’s WeChat app has been linked to the surveillance and censorship of the Chinese Government but the company recently sponsored a £300,000 machine learning research project at the University of Oxford.

It can also now be revealed that Cardiff University has received research funding from the company, and that Edinburgh University holds a memorandum of understanding with Tencent Cloud at the Bayes Centre in Research and Education. Oxford also recently renamed its 120-year-old Wykeham professorship in return for a £700,000 donation from Tencent.

Three universities did not respond to questions about Chinese funding and a further three – Exeter, Leeds, and Nottingham – refused to disclose any information at all, even the names of companies they conduct research with. Durham University, for its part, reported no involvement with any of the firms mentioned, although an article published in February in its student paper, Palatinate, highlighted the university’s involvement with 12 state-controlled Chinese universities.

These stories come after Universities Minister Michelle Donelan recently argued that universities should consider the “ethical and reputational risks” of their donations. A Whitehall source however stated that government regulation of university donations was “not on the cards” and that while “there is a responsibility on universities to get this right, it is a decision for them to make”.

The extent of the involvement between leading UK academic institutions raises further questions about whether universities are indirectly assisting the Chinese state in the development of new technologies – in the face of human rights violations and national security dilemmas.

“The lesson here is that British universities should be more transparent about their research partnerships,” Conservative MP Tom Tugendhat told Byline Times. “When those agreements deepen ties with authoritarian states, that raises questions about what is in Britain’s best interests.”

Founded in 1987 by former People’s Liberation Army engineer Ren Zhengfei, Huawei is now the world’s largest telecommunications equipment vendor. However, the group has been marginalised across the West in recent years – particularly in the UK and US – for its alleged ties to the Chinese military, and the reported deployment of its software in the surveillance and detention of Uyghur Muslims.

Huawei is listed among four other Chinese companies currently being sanctioned by the US Government under The Secure Equipment Act, with Joe Biden’s administration arguing that Huawei, ZTE, Hytera Communications, Hikvision and Dahua equipment represents a threat to national security.

The move is being echoed in the UK, with the Government last year U-turning on earlier plans to include Huawei in the county’s new 5G roll-out. The Telecommunications (Security) Bill, currently being considered by the House of Commons, seeks to remove Huawei and other Chinese vendors from the country’s 5G infrastructure by the end of 2027.

The effects of the sanctions have already been felt by the company, which announced its biggest-ever drop in revenue for the first half of 2021. However, academic institutions across the UK are still actively engaged with the company in research projects relating to technology and AI.

King’s College London is engaged in a research agreement with Huawei, which ran until April this year, to work on “AI-based channel state information prediction”, which in turn could be used to improve 5G network capabilities. The university has also partnered with the firm on three further AI-related projects, the latest finishing in 2024.

“Any research agreement is considered in line with our robust policy and procedures which includes appropriate review, consideration and scrutiny, alongside any national and international requirements,” a spokesperson for the university told Byline Times. 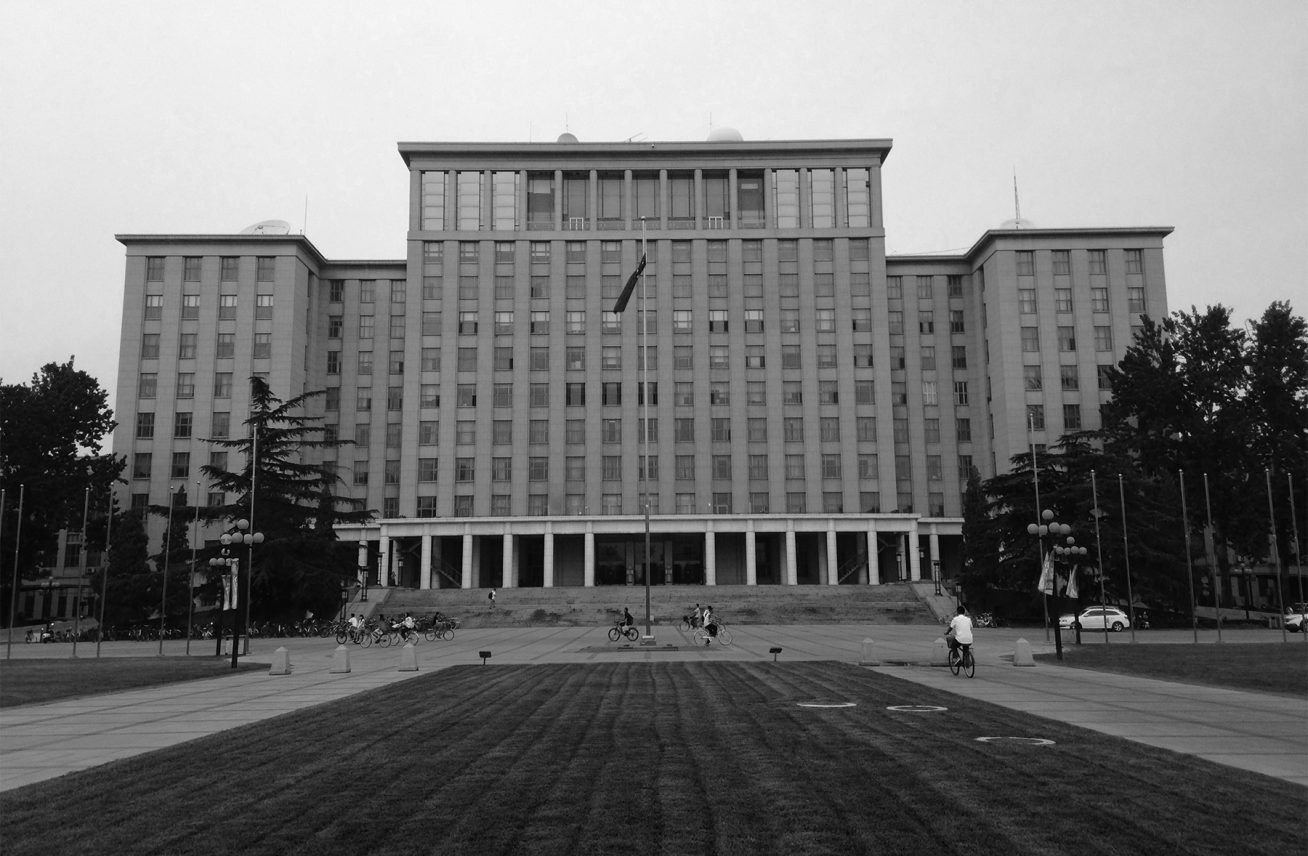 Aside from its AI programme with the University of Oxford, nearly all information related to the research activities of Tencent in the UK are still being withheld from public disclosure.

Both Huawei and Tencent have faced scrutiny from the international community over their reported involvement in the Chinese Government’s digital surveillance machine.

Huawei has reportedly supplied some of the software deployed in the heavily-monitored Xinjiang region of China, where the Government is monitoring and imprisoning millions of Uyghur Muslims in hundreds of ‘re-education’ camps.

Research from US-based security and surveillance researchers IPVM revealed that Huawei patented software to identify the faces of Uyghurs, dubbed a facial recognition “Uyghur alarm”, before later backtracking on the proposal. The group has also been involved with the Public Security Bureau since 2018, building an “intelligent security industry” hub in Urumqi, Xinjiang’s capital, as well as working on China’s Great Firewall.

While Tencent has not been directly implicated in the surveillance of Uyghurs, reports have claimed that its facial recognition software has been paired with China’s state facial recognition software to develop the ‘Midnight Patrol’ programme, aimed at preventing children from accessing mobile video games between 10pm and 8am, ostensibly in efforts to curb online addiction.

The Tencent-owned WeChat platform, the most popular social media app in China, has also been accused of surveilling both domestic and non-China registered accounts users to train its monitoring algorithms, while actively removing content deemed undesirable to Chinese authorities.

Critics have raised fears that academic institutions in the UK may have, in recent years, fallen victim to a lack of diligence in their undertakings with Chinese corporate giants involved in technological or military advancements.

In February, nearly 200 British academics were investigated on suspicion of inadvertently helping the Chinese Government to expand its military reach and develop weapons of mass destruction by breaching intellectual property regulations surrounding the disclosure of sensitive materials.

An investigation by The Times also found that representatives from Huawei had “infiltrated” the University of Cambridge’s research centre, with three out of four directors at the Cambridge Centre for Chinese Management having ties to the company.

While organisations such as Huawei claim that they would never actively engage with the Chinese state in its espionage activities, experts have cautioned that not only would they be likely to, they would probably also have very little choice in the matter.

As two pieces of Chinese legislation indicate – the 2017 National Intelligence Law and 2014 Counter-Espionage Law – “any organisation or citizen shall support, assist and cooperate with the state intelligence work in accordance with the law”, and “when the state security organ investigates and understands the situation of espionage and collects relevant evidence, the relevant organisations and individuals shall provide it truthfully and may not refuse”. 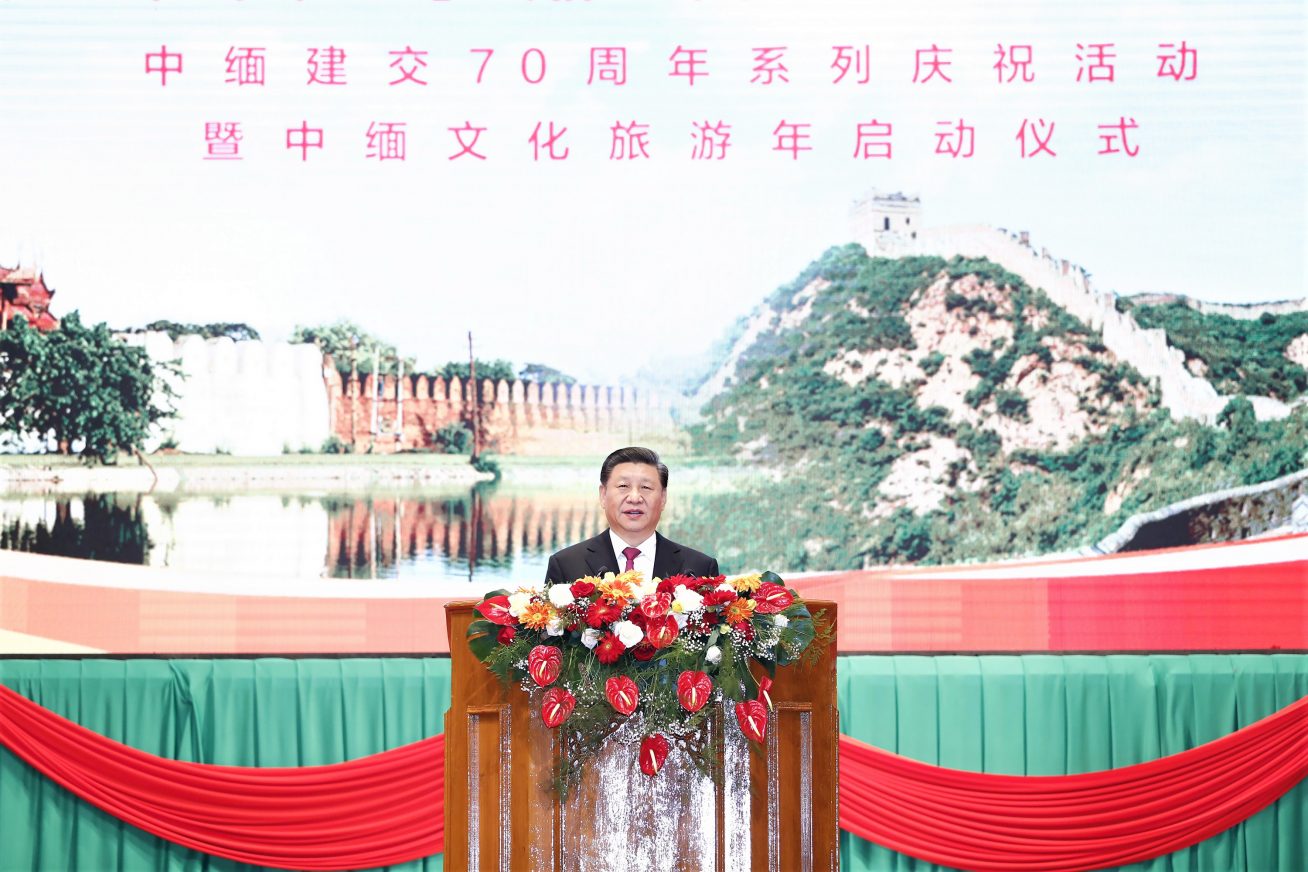 How We Know China is LyingAbout Uyghur Genocide

UK universities also increasingly rely on the income provided by Chinese students – with nine institutions receiving 20% of their total income from these students. It has been suggested that, due to such financial pressures, the Chinese state may directly or indirectly hold influence over these institutions. For instance, in 2017, it emerged that Cambridge University Press had blocked access in China to online articles from China Quarterly on topics such as the Tiananmen Square massacre, at the behest of the Chinese state.

As reported by Byline Times in October 2020, Exeter University has also signed a partnership with a Chinese university, academics at which have been accused of fuelling the country’s repression of Uyghur Muslims.

Stephen Kinnock said that the audit he has been calling for the Government to conduct into “every aspect of the UK’s relationship with and exposure to China” should also include and the higher education sector.

“As China under President Xi becomes increasingly active in extending its global reach, so the need for the Government to bring forward a coherent cross-departmental China strategy becomes more urgent,” he told Byline Times. “It is unacceptable that Boris Johnson and Liz Truss appear to be content to sit on their hands.”