11 Players Who HaveMade a Difference Off the Football Field

As Marcus Rashford is honoured with an MBE for his work campaigning to end food poverty for children, Nathan O’Hagan selects his team of football heroes, past and present, who have influenced the world of politics

There has been much popular debate in recent months about the role of football in promoting social justice causes – prompted largely by the decision of Premier League players, and the England team, to take the knee before games in a stand against racism.

In this spirit follow 11 footballers, past and present, who have led the way in campaigning for a more just form of politics.

There’s only one choice between the sticks. The Everton and Wales legend is a perfect example of what can happen when a straight, white middle-aged male opens his heart and mind to the experiences of others.

In recent years Southall has used social media to reach out to many people – the trans community in particular – to understand their experiences, moving from someone who was simply curious to a prominent advocate and ally. Since then, he has taken part in regular Twitter takeovers, allowing sex workers, mental health advocates, addiction support services and broadcast their view to his 170,00 follower-strong Twitter account.

In recent months, the former Manchester United and England right back has gained headlines for more than his football punditry. In the early days of the COVID-19 pandemic, he opened up his two Manchester hotels to be used by NHS staff free of charge, and since then has been increasingly outspoken about politics, most recently appearing on Good Morning Britain to criticise the scrapping of the £20 a week Universal Credit uplift. Responding to former Conservative MP Edwina Currie, who was defending the Government, he said: “To me the language is always divisive, it’s not helpful. It’s really dangerous, we’re one team in this country, we’re one group of people.”

“Honestly,” he added, “to remove Universal Credit payments at this moment in time is brutal. Let’s be clear, it’s brutal.”

The Burnley captain may not be the most high-profile figure in football’s support of the Black Lives Matter movement. However, Mee condemned the Burnley fans who in June 2020 hired a plane to fly a banner bearing the message “White Lives Matter Burnley” over the club’s home ground. Mee said that he and his teammates felt “ashamed and embarrassed”.

Two months earlier, Mee criticised comments made by then Health Secretary Matt Hancock’s that footballers needed to “play their part” in the fight against the pandemic by accepting pay cuts; something many had already done voluntarily and without fanfare.

Writing in The Guardian, Mee said, “… as we’ve worked hard to do our part, those headlines have created a distraction, needlessly trying to make villains out of footballers, rather than praising the great work of key workers who are putting themselves at risk to help others.”

The defender was also instrumental in efforts by Premier League players to set up a fund into which players donated wages to support NHS charities. 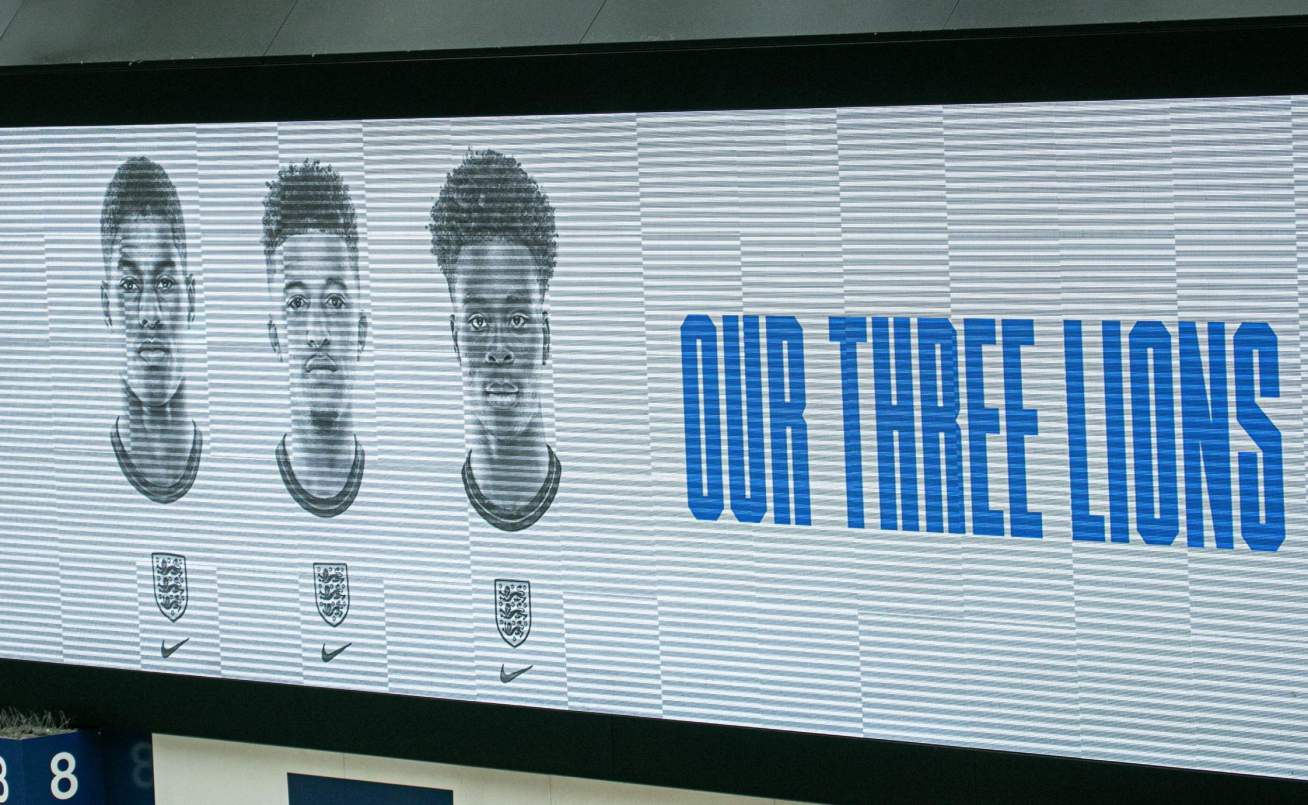 The Aston Villa and England defender was present at the Black Lives Matter protests in 2020 and was praised for his response to Priti Patel’s, after the Home Secretary claimed to be “disgusted” by the racial abuse received by England players following their Euro 2020 final defeat to Italy.

“You don’t get to stoke the fire at the beginning of the tournament by labelling our anti-racism message as ‘Gesture Politics’ and then pretend to be disgusted when the very thing we’re campaigning against, happens,” Mings tweeted.

Nevin’s position here is right-wing, but that’s the only thing about him that is. Far from a conventional footballer (how many other former professionals have had DJ slots at an obscure music festival ?) Nevin has always worn his politics on his sleeve, not least in his role as chair of the players’ union, the Professional Footballers’ Association.

He risked the wrath of a certain section of his Chelsea support in the early-to-mid ‘80s by speaking out against their racial abuse of his teammates and opponents, as well as against homophobia. Nevin was an ally log before the term had even been coined.

As well as being a vocal figure in the England squad’s decision to take the knee, Henderson has also spoken out more than once in support of LGBTQ+ football fans. He also surprised one non-binary England fan who tweeted how “terrified” they were attending their first match. Henderson responded, “Hi Joe great to hear you enjoyed the game as you should. No one should be afraid to go and support their club or country because football is for everyone no matter what.”

The engine of the same Everton team as Southall in the ‘80s, Reid is a proud socialist who has never been afraid to express an opinion, as Boris Johnson found out when playing on a charity England XI side that Reid was managing in 2006.

“As soon as he walked into the dressing room I went for him,’ Reid wrote in his 2017 autobiography.

“Hello Peter, Boris Johnson, pleased to meet you,” Reid recalls. “I wasn’t in the mood for pleasantries, though.

“I’ve been meaning to have a word with you, you twat; having a go at Scousers, who the fuck do you think you are?

“You could hear a pin drop and the likes of John Barnes, Richard Ashcroft, Nigel Benn and Sean Bean were all open-mouthed. I could tell he couldn’t work out whether I was pulling his leg because he was half-smirking and half-shocked but I wasn’t messing.

The former Sunderland and Manchester City manager frequently uses Twitter and a column in The Independent to make his feelings on Brexit and the Conservative Party very clear. 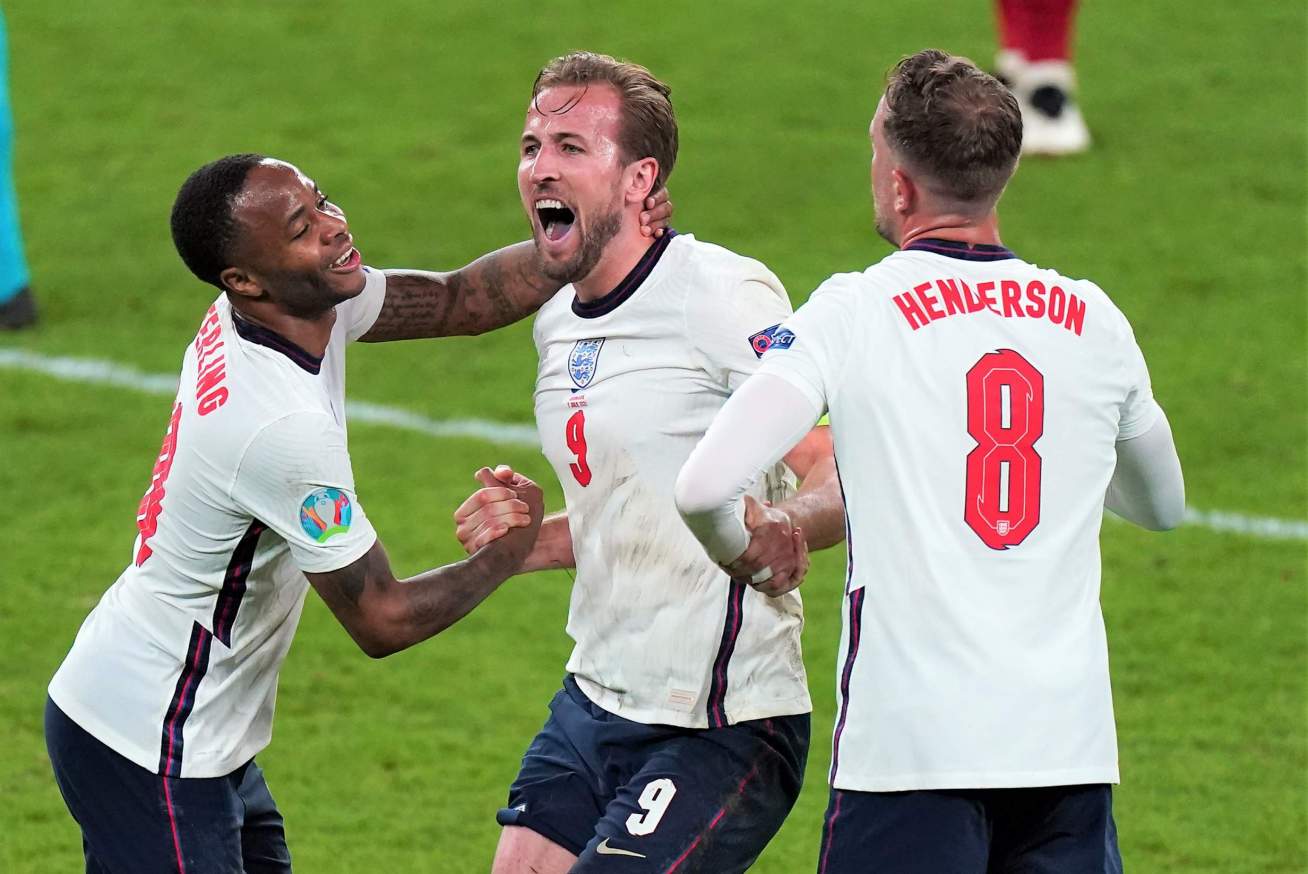 What can one say about Manchester United striker Marcus Rashford? A man who decided to use his platform to take on the Government and won – to ensure millions of children living in food poverty were provided with support both during school terms and in school holidays. He forced the Government into multiple U-turns with his respectful but relentless campaigning, leading some to dub him “the real leader of the opposition”, and earning and MBE for his efforts.

After he was racially abused by Chelsea supporters while playing for Manchester City in 2018, Sterling spoke out against the kind of media coverage he had received – which he felt had emboldened racists. Sterling had long been targeted by the right-wing press more than most, with racially-charged headlines that analysed his every act, from smoking shisha, to having a gun tattoo, to every time he spent what the papers decided was too much – or even not enough – money.

Posting on Instagram, Sterling said the coverage received by him and other black players “helps fuel racism and aggressive behaviour, so for all the newspapers that don’t understand why people are racist in this day and age all I have to say is have a second thought about fair publicity an give all players an equal chance.”

Few footballers enrage the right to the same extent as the Match Of The Day presenter, a man for whom the tiresome riposte of “stick to football mate” could have been invented. There’s something about a wealthy man speaking out on issues like Brexit, racism and the plight of refugees that certain people seem to find particularly infuriating.

Many people have attempted to catch out Lineker. When he dares to express empathy for refugees, many ask whether he’d be willing to have one in his own home. To which England’s third top goal-scorer points out that he already has.

When he was captain of Watford, Deeney was one of the key organisers in football’s decision to take the knee, and to replace the traditional players’ names on the back of their shirts with the Black Lives Matter slogan. While always keen to highlight the role others played in the process, particularly Leicester’s Wes Morgan, there’s no doubt how crucial Deeney himself was. He also previously fronted the Football Association’s Heads Up campaign, designed to increase awareness of men’s mental health.