The Death of a Polish WomanDemonstrates the Dangers of Abortion Bans

A 30-year-old woman has died in Poland after doctors waited for her foetus to die, something she associated with the country’s strict abortion laws. Her death took place almost nine years to the day after Savita Halappanavar lost her life in a Galway hospital when she was denied a termination.

The death was confirmed by legal counsel Jolanta Budzowska. The case is being handled by the Regional Prosecutor’s office to assess whether the correct medical care was given to the deceased woman.

The woman, named Iza, who died in September, was 22-weeks pregnant when she went to hospital with amniotic fluid drain. According to an interview with Budzowska, the woman reported in messages sent to family members and friends that, according to the information provided by the doctors, they assumed an “expectant attitude”. The doctors apparently refrained from emptying the uterine cavity until the foetus died, which she associated with the regulations limiting the possibility of legal abortion. “The fever is rising, let’s not get sepsis, because I won’t get out of here,” she wrote to her family.

The foetus eventually died, before the woman passed away of septic shock. She leaves behind a husband and daughter.

Her brother has described her as “a wonderful person, a wonderful sister, who gave her loved ones unconditional love.”

“The doctors were waiting for the foetus to die. They waited and watched for the foetus’ heart to stop beating. She also had a heart that kept beating!” said pro-abortion campaign group Abortion Dream Team, which is organising nationwide vigils in her memory.

The death came nearly a year after nationwide protests against Poland’s draconian abortion laws, which were tightened earlier this year.

Abortion is criminalised in Poland except in cases of threat to the mother’s life and for pregnancies following rape or incest.

This is not the first time a woman has died in Poland after being refused an abortion. In 2004, 24-year-old Agata Lamczak lost her life after doctors failed to treat her when she developed ulcerative colitis. The doctor cited “conscience” as the reason.

In a statement issued on 2 November, the concerned hospital said: We join in pain with all those who, just like us, were affected by the death of our Patient. Especially with her relatives. Pregnancy, childbirth and the puerperium have been seen by medics for centuries as one of the most difficult moments in a woman’s life. Advances in medicine have significantly reduced the risks in this regard, but unfortunately they have not yet been ruled out.The only factor guiding the medical procedure was concern for the health and life of the patient and the foetus. Doctors and midwives did everything they could, they fought a difficult fight for the Patient and her Child. All medical proceedings are subject to prosecutor’s assessment and no verdicts can be passed at the moment. We hope that a fair and honest prosecution will allow us to identify the causes of the death of the patient and her child. A separate issue is the assessment of the legal status regarding the admissibility of termination of pregnancy. At this point, it should only be emphasised that all medical decisions were made taking into account the legal provisions and standards of conduct in force in Poland.”

The tragedy in Poland once again raises the question of the efficacy of abortion bans and restrictions on abortion.

In this specific case, as in the case of Halappanavar in Ireland in 2012, part of the issue is the vagueness of the law that allows abortion only in terms of saving the mother’s life. If a doctor goes ahead with an abortion in these circumstances, they risk facing criminal liability if they are later accused of terminating a viable pregnancy.

This dilemma feeds into the controversial Texas law that has just returned to the Supreme Court – with the court giving permission to medical clinics to challenge the ban. The law prohibits abortion after six weeks of pregnancy, but also rewards those who report on any individual who assists a woman in accessing abortion – including doctors. This creates a climate of fear around providing terminations even within restrictive laws, in case the medical personnel later end up in court.

Even after the ban was temporarily lifted, many clinics were afraid to re-open in case they were retrospectively sued.

Evidence from leading health organisations demonstrates that abortion bans fail to prevent women from accessing terminations. Instead, they force women and girls to have unsafe abortions which, in turn, can result in women dying.

According to the World Health Organisation (WHO), there were 73.3 million induced abortions between 2015-2019, of which one in three were carried out “in the least safe or dangerous conditions”, in part due to abortion bans. Between 4.7% – 13.2% of maternal deaths can be attributed to unsafe abortion.

“Almost every abortion death and disability could be prevented through sexuality education, use of effective contraception, provision of safe, legal induced abortion,” WHO states.

In 2017, President Donald Trump reinstated the “global gag rule” – a policy that cuts off international development funding to charities and NGOs providing abortion services through their own funding. The global gag rule was not about ensuring US money would not be used to provide abortions. It instead meant any NGO which performs abortions using any other source of funding cannot receive aid from the US Government.

Trump went further than his predecessors Reagan, George Bush Senior and George W Bush – Presidents who had also brought the rule into policy. He extended the gag to include foreign NGOs receiving any US global health assistance. In 2019 he extended it again to foreign NGOs and sub-recipients – even if the sub-recipient doesn’t receive US global assistance.

The reproductive health charity MSI Reproductive Choices estimated the global gag rule led to 20,000 additional abortion-related deaths between 2017-2020 due to lack of funds for sexual and reproductive health. The rule also created a chilling effect, with NGOs and charities left confused about what was permitted under its restrictions. One organisation in Nepal refused to hire staff who had previously had a termination themselves, for example. Other partners refused to refer women who had an unwanted pregnancy as a result of rape or incest to abortion care, even though this was an exception allowed under the gag.

Concerningly, MSI Reproductive Choices has warned that the UK Government’s decision to cut international development funding from 0.7% to 0.5% of GDP will have a worse impact on women’s and girls’ health than the gag rule.

Not all abortion deaths are related to complications following an unsafe termination.

In El Salvador, where abortion is prohibited in all cases, it’s estimated that nearly half (three in eight) maternal deaths are teenage girls taking their own lives because they are distraught over their pregnancies. 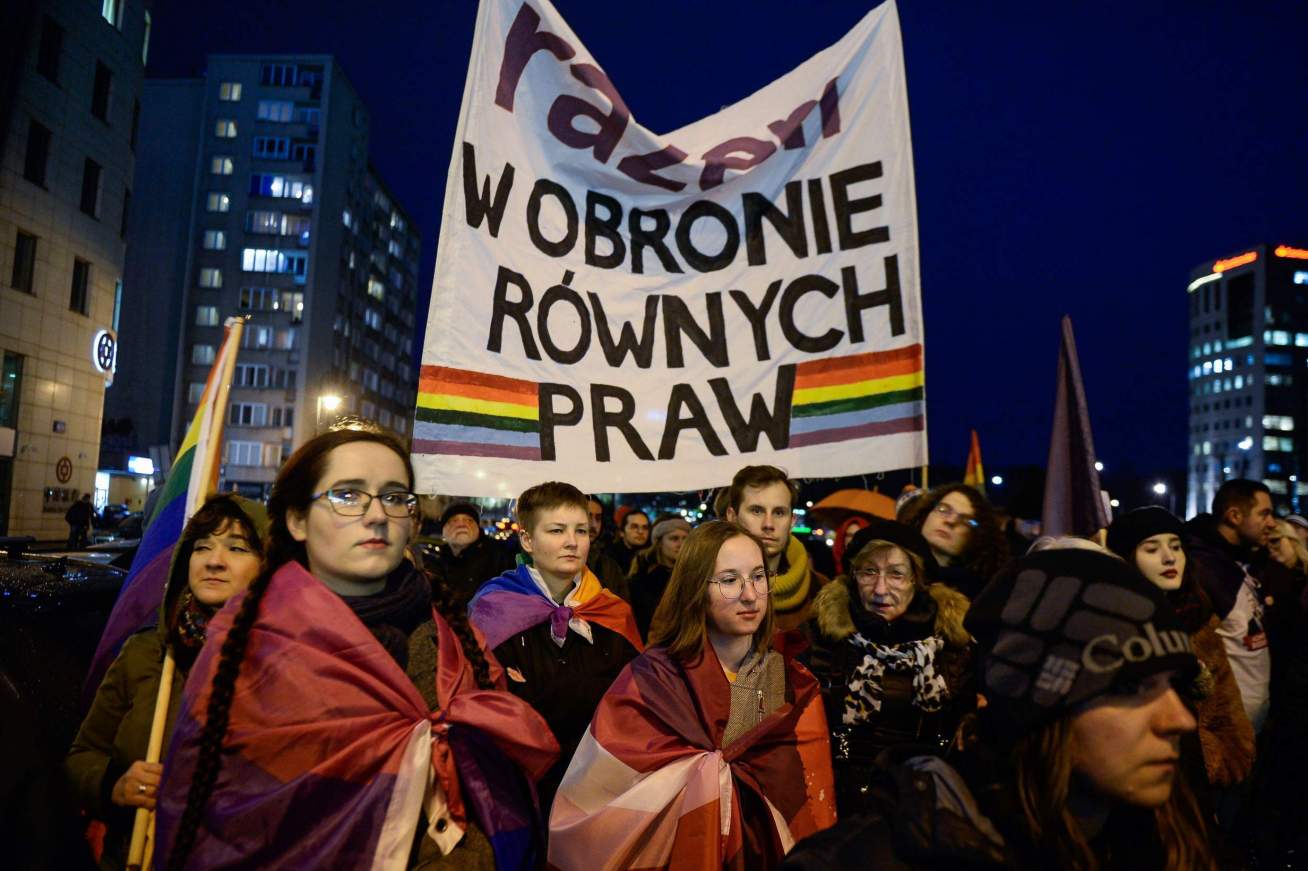 One of the issues facing women in need of an abortion is disinformation – including confusion from doctors about when they are legally allowed to perform a termination, as Budzowska explains.

An undercover investigation by openDemocracy 50:50 (disclosure: this reporter worked on the investigation) into anti-abortion organisation Heartbeat International demonstrated how the crisis pregnancy charity used disinformation about abortion-related deaths to persuade women not have abortions.

During a training webinar titled Talking About Abortion, the voiceover explained that “statistically most abortions do not cause physical injury. However, statistically the chances of your getting pregnant might not have been great either. More women are dying from legal abortion than we realised, because most abortion related deaths are not reported as such.”

However, this narrative ignores that abortion-related deaths are rare when they take place in safe, legal settings. Between 2015-2019 in England and Wales, three women died where “abortion was mentioned on the death certificate” and one was listed where abortion was “the underlying cause of death”. This is in contrast to 546 women who died in childbirth between 2016-18.

As the WHO and MSI Reproductive Choices research shows, it is when abortion is unsafe due to bans that women’s lives are in danger. Further, as the deaths of Agata Lamczak in 2004, Savita Halappanavar in 2012, Valentina Milluzzo in 2016 and of this young woman in Poland demonstrates, it is when laws restrict women’s access to reproductive healthcare that deaths occur.

“We want to scream ′’no more victims like that – not one more!’” Abortion Dream Team posted on Facebook. “None of us deserves to be a victim of these anti-abortion political games that are the mother of the church and bishops. Our thoughts are with this person’s family and loved ones.”

In a separate post, the campaign group wrote “due to the investigation, the family will not give further details about the case and ask for respect for their privacy and state of grief.”

This article was updated at 2pm on 2 November to include a statement published on the hospital’s website. It was later updated at 8pm to include an updated description from the family’s lawyer.