Government contracts worth some £1.55 billion have been awarded to two private companies for the provision of COVID quarantine security and management services, Byline Times can reveal.

The facilities management firm Mitie has also been awarded similar contracts worth some £440 million to handle quarantine in the rest of the country.

Travellers arriving in the UK from ‘red list’ countries have to quarantine for 10 days in designated hotels, primarily to prevent the spread of COVID-19 variants. Quarantined adult travellers must pay £2,285 a head for their 10-day self-isolation (an increase of £535) since August. An additional £1,430 (up from £650) must be paid for every individual over the age of 11, and £325 for a child aged five to 11.

Byline Times revealed in July that the total cost to travellers forced to quarantine has been in the region of £150 million. However, the security in these facilities – and at ‘ports of entry’ – is provided by outside contractors.

The BBC had previously reported that G4S and Mitie had been awarded contracts worth just £86 million for the provision of these security services. The newly released Government contracts suggest that the total fee is nearly twenty times as much for the period from September to March. 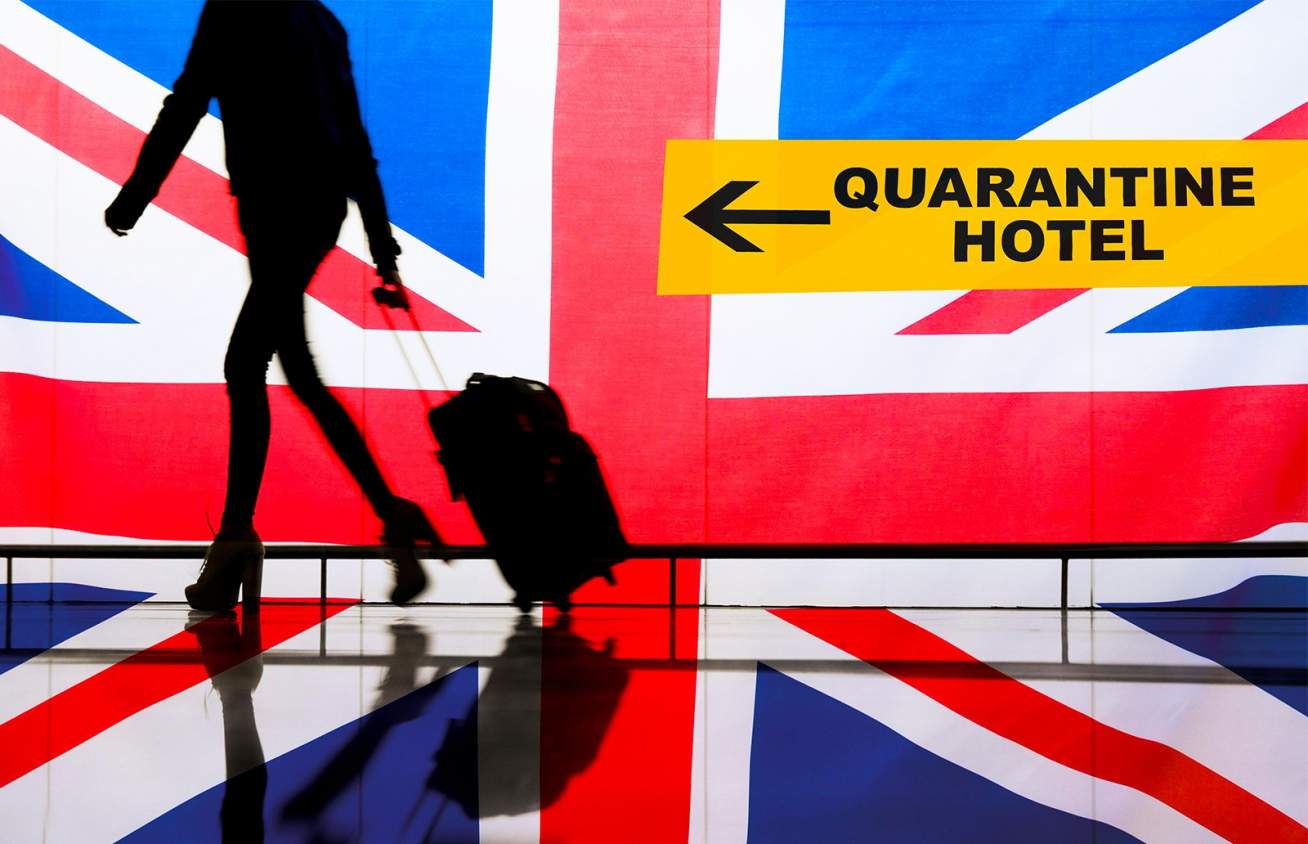 Sixteen women reported to the BBC in July that they had been harassed in hotel quarantine, with some saying that complaints were either ignored or disbelieved. The new Government contracts contain extensive clauses covering the behaviour of staff.

“All Supplier Staff shall deal with all Passengers and Guests in a professional and courteous manner. At all times Supplier Staff must act with integrity and be respectful, considerate, and human. Any breach of this requirement must be reported to the Buyer [i.e. the Government] immediately,” the contracts read.

They add that “all incidents” must be reported to the Government “candidly and without delay”.

“We treat all complaints extremely seriously, report these promptly, support the Department of Health and Social Care to conduct rigorous investigations in all cases and take appropriate action if the conduct of any security officer falls below the required standard,” a G4S spokesperson told the BBC.

As has been previously reported by Byline Times and the Huffington Post, Mitie’s executive team and board features several individuals with ties to the Government and the Conservative Party.

The Mitie website previously listed itsChief Government and Strategy Officer, Simon Venn, as a ‘senior advisor to the UK Government’. Venn’s profile claimed that he was appointed to Foreign and Commonwealth Office’s Overseas Business Risk (OBR) board in 2010, which “provides security advice and intelligence to UK companies”. Following a report by Byline Times in May, these details were removed from Venn’s profile.

However, according to Venn’s LinkedIn profile, he is also an ‘Outsourcing Industry Forum’ advisor to the Cabinet Office. We understand that the forum allows the Government to liaise with various representatives from outsourcing firms that are engaged in public work.

Meanwhile, one of the members of the Mitie board is Philippa Roe, known as Baroness Couttie. For five years between 2012 and 2017, Baroness Couttie served as the leader of Westminster City Council, representing the Conservative Party. She was nominated for a peerage in former Prime Minister David Cameron’s resignation honours list after unsuccessfully seeking the Conservative Party’s nomination for London Mayor in 2016. Baroness Couttie was appointed to the Mitie board in November 2017.

Byline Times previously revealed that Mitie was paid at least £699,000 in February and March this year for renovation work on Downing Street.

There is no evidence to suggest that Mitie has benefitted directly from any of its connections to the Conservative Party or the Government, or has in any way acted improperly. It’s understood that the firm took over the contract for Downing Street renovations, which had previously been awarded to the construction firm Interserve, when Mitie completed its takeover of Interserve in December 2020. The quarantine management contracts were all awarded on framework agreements – effectively a shortlist of firms that are selected on a competitive basis.

G4S has also won a number of contracts for the management of COVID-19 testing services. Although the firm’s revenue fell in the year to December 2020, its pre-tax profits increased from £27 million to £245 million.