Why are Footballers Hesitant about the COVID Vaccine?

During a press conference in the build-up to its match against Manchester City last weekend, Liverpool head coach Jurgen Klopp was asked about Coronavirus vaccines.

An articulate and intelligent man, Klopp often finds himself answering questions on matters far beyond his obvious sphere of expertise, and usually answers with great insight. When asked about his views on the vaccines, he did so again.

When talk turned to the vaccine status of his squad, Klopp confirmed that “99%” of his playing staff were vaccinated. “I didn’t have to convince the players, it was more a natural decision from the team,” he said. “I can’t remember really talking to a player and convincing him why he should because I’m not a doctor.”

Young footballers have been at the forefront of political change in recent months, with the England squad taking the knee in protest against structural racism during the Euros, and the majority of Premier League players continuing to do so. So it is perhaps surprising to learn that Klopp and Liverpool are very much in the minority when it comes to footballers getting vaccinated.

Wolverhampton Wanderers recently confirmed that its squad and coaching staff is 100% double-jabbed, mirrored by Leeds United, but the overall figures reveal a surprising trend. “Only seven clubs’ squads are more than 50% fully vaccinated, so we have a way to go,” the Premier League said in an email to clubs in late September.

While vaccination rates among players in the English Football League have increased in recent weeks, bringing them closer to wider national figures, the Premier League in particular continues to lag way behind.

With unvaccinated players jetting across Europe and the world to play in continental and international fixtures, it may be unfair to assume that player welfare isn’t an issue for the Premier League, and its concerns could be logistical as well as financial. But what is behind this apparent vaccine hesitancy among footballers?

Any workplace can be a hotbed of gossip and rumour and anyone who has played football at any level will know that this is only heightened in the changing room environment, where herd mentality and an ‘us against the world’ outlook is often used as a positive motivational factor. One captain or small group of senior players can easily influence the rest of the squad, particularly younger players in awe of them and eager to impress. 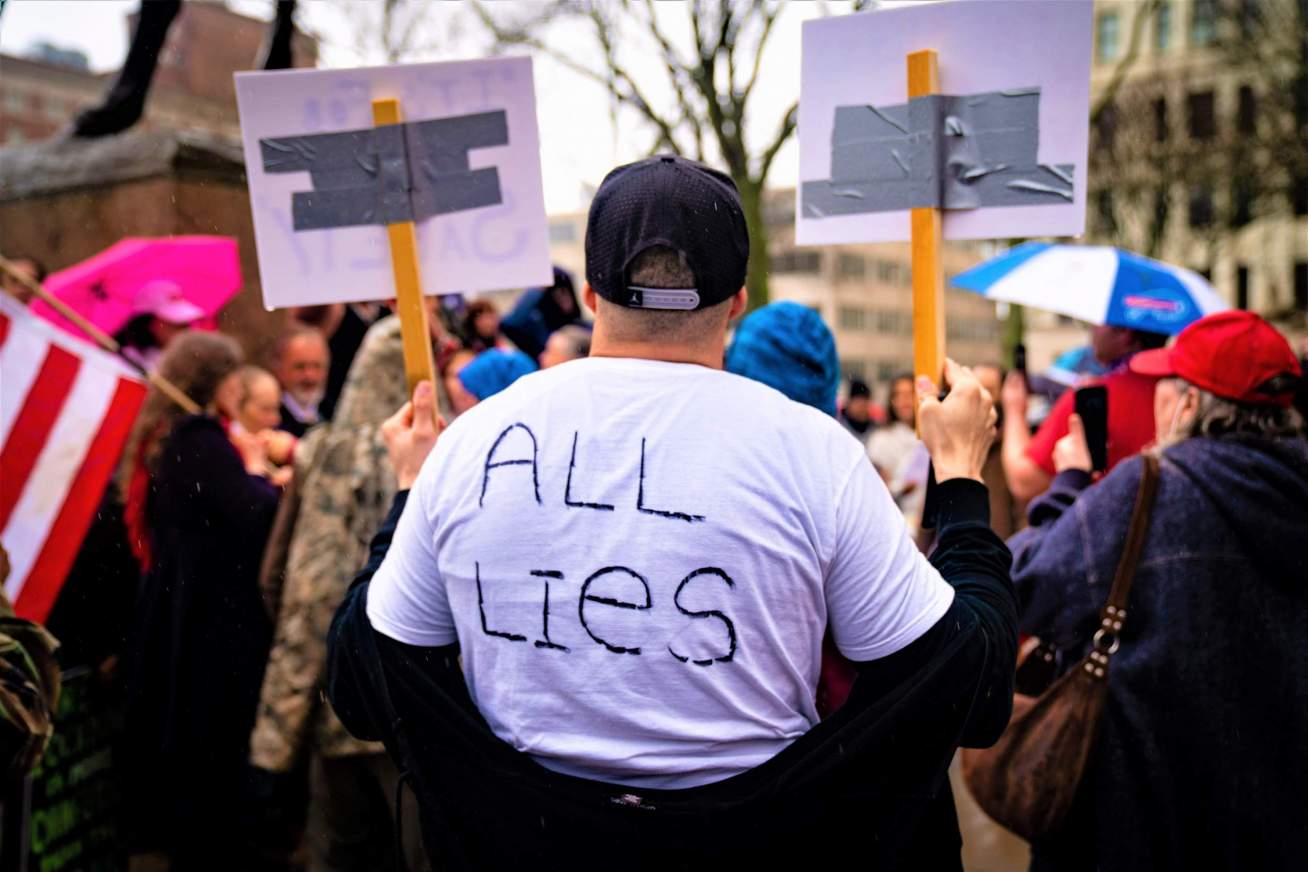 What I Learned Speakingto Anti-Vaxxer Protestors

Ex-Liverpool defender Dejan Lovren proved himself to be very much at odds with his former manager’s philosophy when he shared a series of Instagram posts during the first wave of the pandemic, in which he attempted to cram as much misinformation as possible. “Game over Bill. People are not blind,” Lovren posted, over an image of Microsoft founder Bill Gates holding up a sign thanking healthcare workers for their efforts. Next came a meme of notorious conspiracy theorist David Icke with the text: “We will not be silenced. We will not be censored. We will not be stopped.” Lovren was widely ridiculed for his posts; his thinking on the subject as erratic as his defending often was.

Another player who was criticised for sharing apparent anti-vaxxer content on Instagram was Everton midfielder Fabian Delph. “It’s now a ‘conspiracy theory’ to believe that the immune system is capable of doing the job it was designed to do,” read an image he posted.

While no footballer in England has explicitly declared themselves to be an anti-vaxxer, clearly there is, at the very least, some hesitancy among them.

One of few players to publicly state their reluctance has been West Brom and Republic of Ireland forward Callum Robinson. Despite having caught COVID-19 twice, he recently confirmed that he wasn’t vaccinated. “Further down the line I could change my mind and want to do it,” he observed. Robinson wasn’t specific on his reasons for not being vaccinated, but the comments of his international manager, Stephen Kenny, give some insight into the reasons for the apparent reticence among professional players.

Kenny is not the only manager to publicly encourage their players to get the vaccine. Arsenal manager Mikel Arteta, one of the first high-profile figures in football to catch the virus, encouraged his players to be vaccinated after his club captain Granit Xhaka tested positive for COVID-19 while on international duty with Switzerland, having decided against vaccination.

Manchester City’s manager Pep Guardiola, whose mother died after contracting the virus last April, said: “When all the scientists, all the doctors, all the big specialists about medicine say the only solution to eradicate or help to move forward after this two years of pandemic situation is being vaccinated, I think they should consider it.”

Even clubs that have previously suffered from a cluster of infections among players have experienced a low vaccine uptake. Notably, Newcastle United manager Steve Bruce admitted in August that the majority of his squad were unvaccinated. This is despite the fact that its goalkeeper, Karl Darlow, was hospitalised after testing positive in July.

“I ended up driving myself into hospital about 11 or 12 o’clock at night, just so I could get hydrated, because I wasn’t able to swallow with my glands so swollen,” Darlow said. He lost five kilos in weight, and suffered from severe fatigue well into September, and has encouraged his teammates to get vaccinated, apparently to little avail. Darlow suggested that many of his colleagues believed that, as young, healthy athletes, they were unlikely to be affected by the virus.

While individual managers and players have spoken out, and the Premier League has been searching for ways to encourage vaccine take-up, there is a sense from many within the game that there has been a lack of leadership on the issue from footballing authorities.

The Professional Footballers Association – the footballer’s union – has been conspicuously quiet on the issue, while England manager Gareth Southgate, a man whose clear-headed leadership skills have defined his time managing the national team, has decided not to become publicly involved, after receiving criticism for taking part in a video encouraging young people to get vaccinated.

“Of all the things I received abuse for over the summer – of which there’s been several – that’s probably the one I’ve received the most abuse over,” he said. Southgate is now thought to be very hesitant to speak out, given the potentially toxic and divisive nature of the issue.

England’s Deputy Chief Medical Officer, Professor Jonathan Van Tam, has taken part in Zoom calls with club managers and captains, attempting to break through the myths and misinformation, focusing particularly on rumoured side-effects such as infertility, and allaying religious concerns around the misunderstanding that all vaccines contain alcohol and pork derivatives. Prof Van Tam also personally attended the home ground of National League North side Boston United, the club he supports, and administered the vaccine to several players.

Football, like any industry, is a microcosm of society and scepticism can manifest for any number of reasons. Judging by the comments of Darlow and Kenny, the crucial factor still seems to be the rumour mill surrounding feared side-effects and the perceived potential impact on the abilities of these professional athletes. Despite the assurances offered, this conviction currently seems to be winning.