‘An Institutional Problem’Four Years on from MeToo, 40% of Women Endure Workplace Sexual Harassment

The 2017 #MeToo revelations of men abusing their power to harass and intimidate female colleagues were meant to herald change – but, in 2021, too many women still face sexual harassment at work while court delays risk denying them justice

“I am a victim of something that other women can later be victims of. But from the very beginning, I felt like I couldn’t talk about it. I was told ‘you should be careful what you say’. I was constantly feeling that I cannot talk about the truth of what is happening. That is one of the worst things psychologically. I was constantly being silenced.”

When Emma joined a start-up in an emerging sector, she thought that it would be a chance to help shape a new business idea, use her decade’s worth of skills and experience, and be part of an exciting new venture.

But it wasn’t long before the dream job became a nightmare.

“After I was hired, it became clear my role was less about research and more about being a personal assistant,” she told Byline Times. “And then it became more that I was there to do errands, and crucially, to look after my manager’s daughter even though I had no experience or training in childcare. But I didn’t feel like I could say no.”

Using Emma as an assistant and childminder – rather than the skills she believed she had been hired for – was, she says, a gendered decision. And it wasn’t the only example of sexism in her workplace. Her manager would often use disparaging language about women – including his own wife. This is something Emma recollects with obvious distress. “He would shout at her in front of us,” she said. “He would call her stupid, use degrading language. It was so upsetting.”

The sexism that permeated her role and her relationship with her boss soon started to shift into more obvious harassment and victimisation.

“He was quite body conscious,” Emma said. “He would go to the gym a lot. He sent me photographs of himself to show off his body. Eventually, it escalated to him sending me a photograph of him in his underwear.” She is clear that the photo was sent to her without her consent.

Emma is one of 40% of women who have experienced workplace sexual harassment, according to a new report authored by a coalition of women’s organisations: the Fawcett Society, Chwarae Teg, Women’s Resource and Development Agency, and Close the Gap. It was supported by Time’s Up, ROSA, and the Chartered Management Institute.

Unsurprisingly, sexual harassment is more common in male-dominated industries and workplaces, such as construction and law firms, where gender inequality is more engrained.

Four years after the #MeToo movement catapulted the issue of sexual harassment and violence into the spotlight, the report has found that women like Emma are still facing a culture of impunity, disbelief and structural inequality in the workplace. 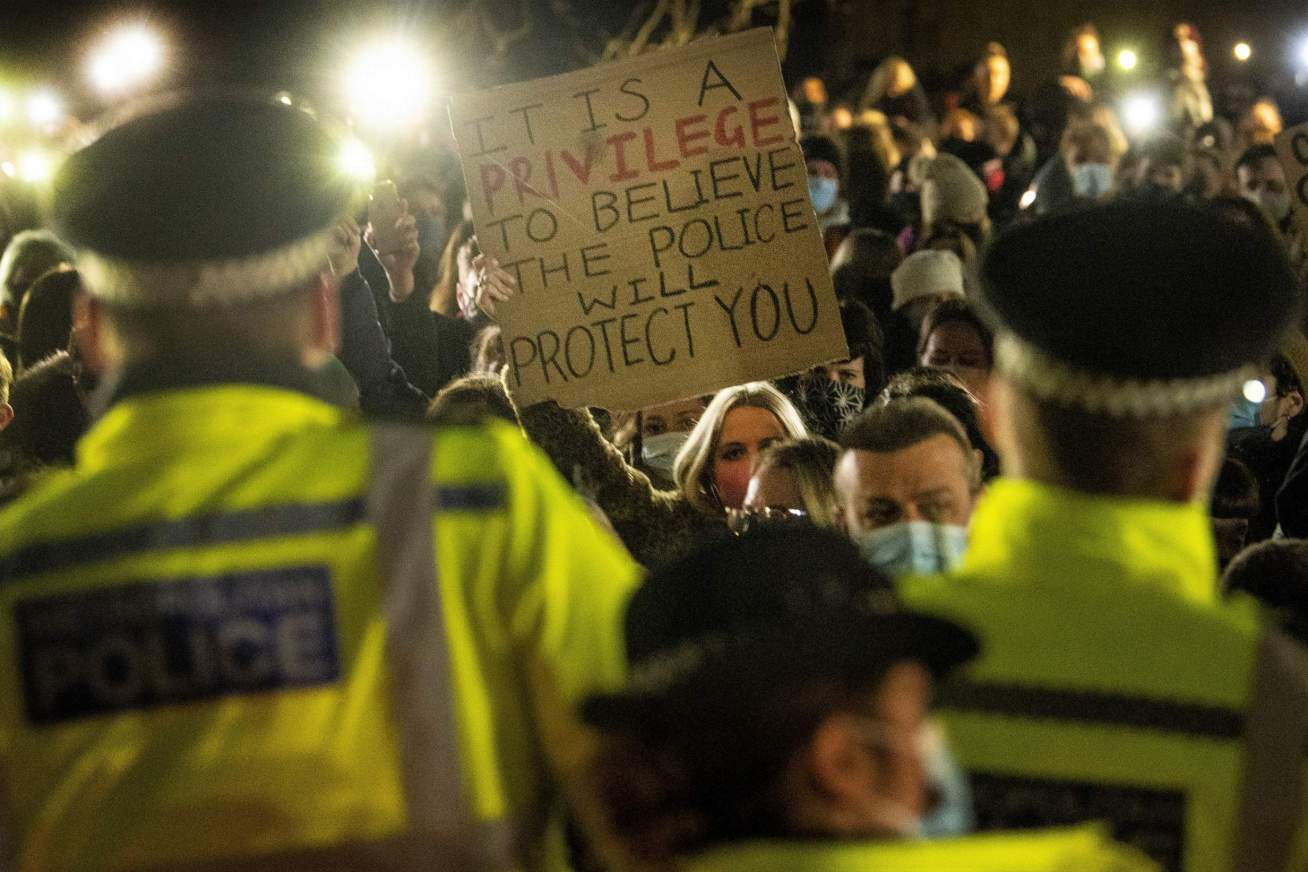 Four in five victims of workplace sexual harassment do not report it, fearful that their employer will minimise the experience, that it will lead to negative personal consequences, or because they feel that – as an employee – they have little power in the workplace.

These fears are not unfounded. A voluntary survey conducted by the Equality and Human Rights Commission revealed that, in half of cases where the employees surveyed did report harassment, the employer took no action, minimised the incident, or placed the responsibility on the victim to avoid the harasser.

The lack of trust that their cases will be dealt with seriously means that the threshold for a woman to move from ‘putting up with’ sexual harassment to reporting it is high. As a result, often only the most extreme and serious forms of behaviour – such as severe sexual assault – are reported. This, in turn, leads to sexual harassment policies focusing on physical and sexual violence, rather than looking at so-called ‘lower-level’ offences or tackling a wider culture of gender inequality in the workplace.

But it is not just a lack of trust that can put women off reporting the harm done to them. Even before the Coronavirus pandemic, there were long delays for employment tribunals – including for victims and survivors of sexual harassment. For women like Emma, who did speak up, the slow pace of an overloaded courts system can leave them feeling as if they would be better off giving up and moving on to another job.

“The court case is taking such a long time,” Emma told Byline Times. “I can’t get on with my life.”

After an incident involving childcare that Emma saw as the final straw, she spoke up and vocalised her dissatisfaction with the way in which she was being treated. It wasn’t long after this that her contract was terminated. She decided to take her employer to court.

That was two years ago. Emma is now trapped in a court backlog where the number of outstanding employment single claims in England, Wales and Scotland reached a record high of 45,000 in January this year, according to figures from the Ministry of Justice. A survey commissioned by the Employment Lawyers’ Association in July found that, of 700 people surveyed, 40% of lawyers were waiting more than a year for their clients’ cases to come to tribunal.

Some cases are not expected to be heard until 2023, with employers feeling under pressure to settle rather than continue through the tribunal process. Caspar Glyn QC told The Times that funding cuts under the Government’s austerity policy – which saw the Ministry of Justice’s budget slashed by 40% – had “created a Wild West” in employment tribunals.

While Emma took her employers to a tribunal after she was sacked, some victims and survivors of sexual harassment who complained or took their harasser to court when still in employment found that their colleagues’ reactions made it impossible for them to remain in work.

“Even though I ‘won’, the external HR recommended I be offered a settlement to leave the company and they basically pushed me out,” one woman told the report’s authors. “I had been there over 10 years but this process created a perception that I was the problem.

“I faced gossip and rumours for months afterwards and had a breakdown and left,” another said.

The report explains how “if the case goes to an employment tribunal, [it] can incur costs due to legal advice, compensation and reputational damage” to the victim.

“It just doesn’t seem right that I haven’t done anything wrong, and I’ve found myself in this situation for over two years,” said Emma. She feels the pressure to settle but also wants to see justice – not least to prevent any future female employees being targeted in the same way. 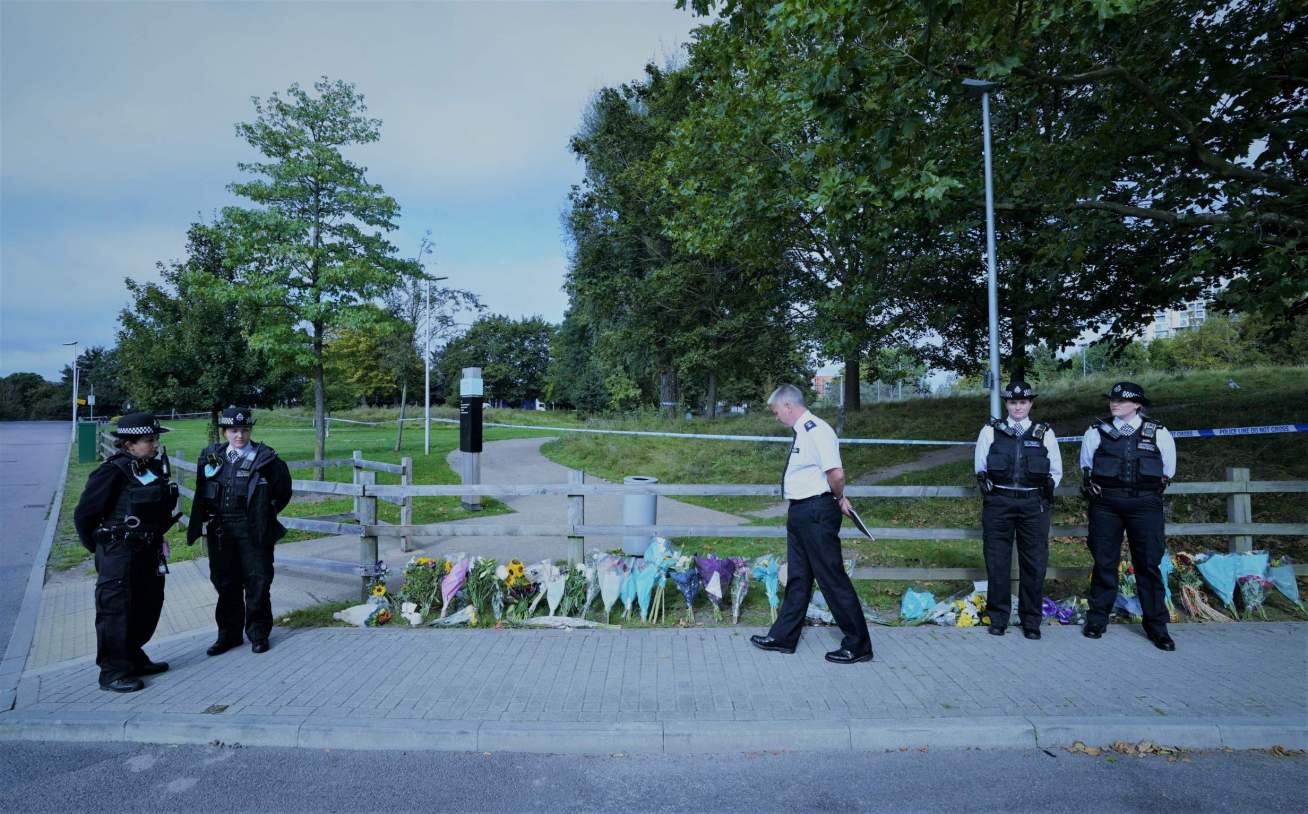 Can Women Be Safe When PoliceFail to Hold their Own to Account?

In the wake of #MeToo, the Government launched a consultation into how to tackle sexual harassment in the workplace. Two years after the consultation was completed, it published its recommendations this July.

Westminster had not escaped its own #MeToo revelations, with former Defence Secretary Sir Michael Fallon forced to resign from his ministerial post after he was accused of “lunging” at a female journalist. The Conservative MP Charlie Elphicke was found guilty of sexual assault, for which he was jailed in September 2020. Former Labour MP Mike Hill was found to have breached his party’s sexual misconduct policy after he was accused of harassing a parliamentary staffer. In the House of Lords, the handling of a sexual harassment complaint against the Liberal Democrat Lord Anthony Lester was criticised for potentially deterring women from coming forward with complaints in the future.

The Government’s recommendations included the introduction of a mandatory duty on employers to protect workers from harassment, to strengthen and clarify the law on third party harassment (when a customer or client, such as in a cafe, harasses a staff member), and protections for volunteers and interns. It also suggested increasing the time limit for employees to bring sex discrimination claims from three months, which would make it easier for victims struggling with trauma following harassment to seek justice.

However, none of this would have an impact on decreasing the backlog of employment tribunal claims.

The authors of the new report by a coalition of women’s organisations argue that “sexual harassment is not just about the aberrant behaviour of a few individuals” but about “a culture within workplaces where everyday behaviour which violates the dignity of, predominantly, women, is too often treated as acceptable ‘banter’”.

This article was updated at 10am on 6 October 2021 to reflect that the survey on lawyers waiting for their clients’ cases to go to tribunal was carried out by the Employment Lawyers’ Association.