Can Women Be Safe in Britain when the Police Fail to Hold their Own to Account?

It’s been a bad week for violence against women, with a young woman killed on London’s streets and an exclusive report of how police found guilty of sexual misconduct keep their jobs – even when that job exposes them to victims of sexual violence

Detectives from the Metropolitan Police have said that London’s streets are “safe for women”, as police in Greenwich hand out rape alarms to women, in the wake of the killing of 28-year-old teacher Sabina Nessa.

The primary school teacher was killed while walking in a local park. A man has been arrested on suspicion of murder.

The statement from the Met Police has provoked anger from women, with this horrific killing coming just six months after another woman was murdered while walking home: Sarah Everard. Her killer was one of the police’s own, Wayne Couzens.

Safety is more than a word. It can’t simply be stated and then, like magic, the fears evaporate. For women, safety starts with having equal access to public space as their male peers. It is not being told to stay home, walk in groups, avoid the dark, take out your headphones, don’t wear this colour clothing, or this length of skirt, don’t get drunk, just leave him. It’s knowing that when the worst happens, you’ll be believed and not blamed.

Safety also means that, when the worst happens, the people who are in charge of supporting women to find justice are not, in fact, perpetrators themselves.

The Byline Intelligence Team has reported on the rates of impunity facing police officers found guilty of gross misconduct in relation to sex crimes, including rape and sexual assault. Freedom of Information requests revealed how more than half (52%) of Met Police officers kept their jobs after independent panels found them guilty of sexual misconduct, including against colleagues.

Across England and Wales, 14 officers between 2017 and 21 were found to have targeted vulnerable women for sex, abusing their power and undermining trust in victims and witnesses. 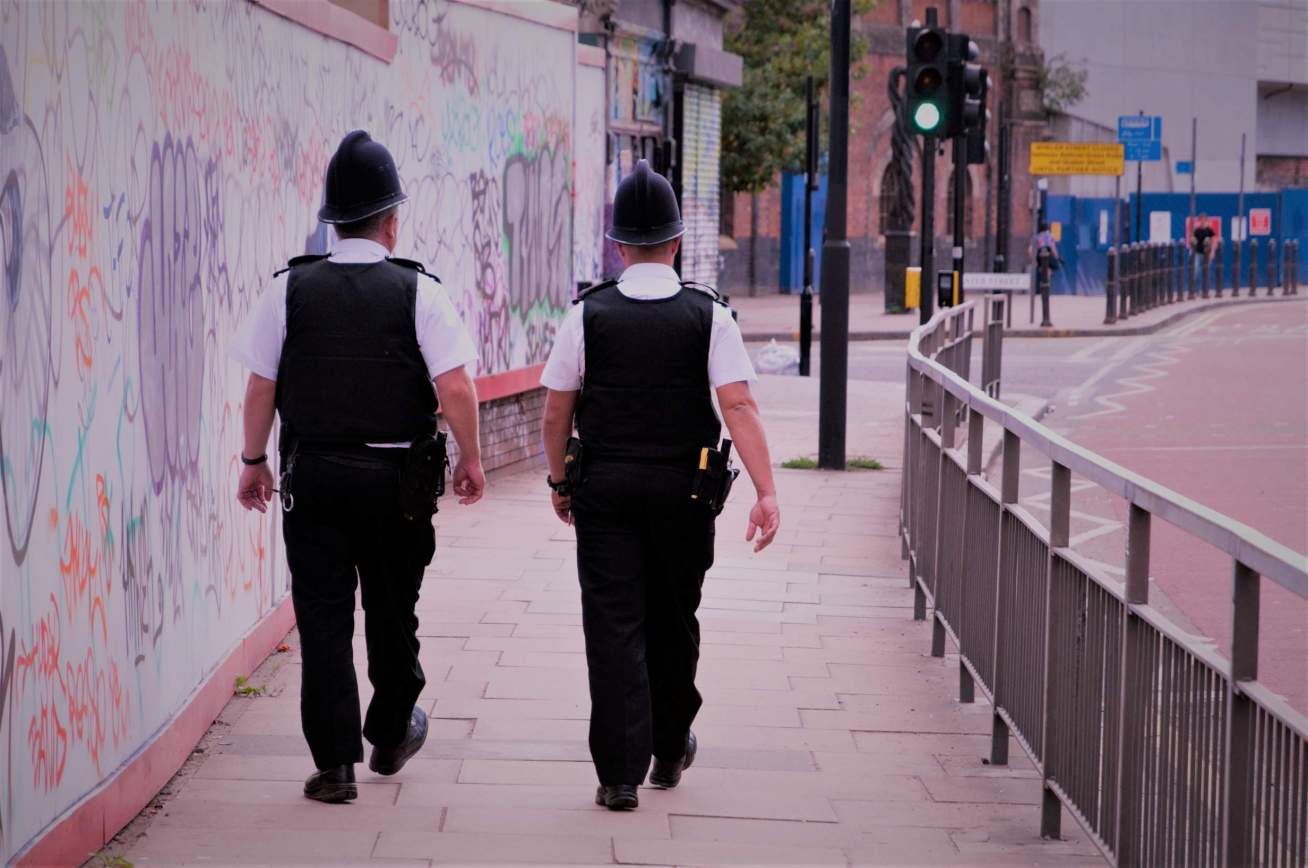 The failings of the police when it comes to violence against women and girls is not new. When the taxi driver John Worboys was first accused of rape, the police failed to act. His first victim told Channel 4 News that she wished she had been “more believable”. Some estimates state that he raped up to 100 women.

Couzens, who entered a guilty plea for the rape, abduction and murder of Sarah Everard, was twice accused of indecent exposure. Neither incident appeared to have an impact on his policing career, and this likely had an impact on women’s safety.

Some of the cases identified by the Byline Intelligence Team involved police officers sending messages to minors, having sex with vulnerable witnesses, and failing to properly investigate sex crimes. Officers found guilty of owning images of child abuse were fired – but how long were they engaged in abuse before losing their job? How many vulnerable women passed through their doors?

How can women feel safe in London, and across the UK, when those charged with keeping us safe are guilty themselves – both of the crimes they are investigating, and of failing to care?

A Collapse in Trust

In recent years, there has been an increase in reporting of male violence against women and girls, and more and more conversations about its causes and impacts. The Government has even consulted on a strategy around the issue, ensuring that it is on the national agenda.

But, while progress has been made on awareness – powered in part by the #MeToo movement around sexual harassment and assault – women are struggling to access justice. Rape prosecutions in England and Wales are at a historic low. A woman may be more likely to report violence than in the past, but she now has only a one in 70 chance of seeing her rapist convicted.

Raising awareness about violence is not enough – not when the police have have been cancelling records of rape (19 forces in England and Wales wrongly did so), and ‘no-criming’ rape allegations (in 2014, a report found that 26% of sexual offences were recorded as ‘no crime’). And it is not enough when some police officers abuse their power and harass female colleagues, only to keep their jobs.

The concern is that, while laudable progress has been made to encourage women to report, that progress risks being undone when they come into contact with the criminal justice system.

A dossier of evidence gathered by a coalition of women’s charities found that women who reported sexual violence had their cases dropped by the Crown Prosecution Service for a variety of reasons that are linked to victim blaming. This includes women being intoxicated, sharing sexual messages with the alleged perpetrator, and being in a relationship with the alleged perpetrator.

These outdated attitudes from the justice system have fuelled a collapse in rape prosecutions, and risk putting women off reporting lest they be blamed for the violence committed against them.

But what the Byline Intelligence Team investigation shows is that the behaviour of police officers could also be a barrier to women reporting sex crimes.

How can a woman confidently report sexual violence to the police when her case may be heard by an officer guilty of gross misconduct in relation to sex crimes who has remained in post? How much faith can the bereaved have when officers investigating the murders of two sisters are found to have swapped inappropriate messages about the crime scene?

How can women trust the police who tell us we are safe while also delivering safety advice that denies women access to public space on equal footing with men? Safety advice that suggests that, deep down, women are to blame for the violence committed against us?

Of course, there are many good police officers who take violence against women and girls seriously and who are determined to tackle the epidemic that kills a woman in the UK every three days. But, for too long, leadership within the police has relied on a ‘bad apple’ explanation that masks the deep-seated issues of sexism and victim blaming when it comes to gender-based violence.

The work of the Byline Intelligence Team exposes this as little more than a brushing aside of real failings: when more than half of Met Police officers found guilty of sexual misconduct by an independent panel can keep their jobs, this isn’t about bad apples but a rotten bushel.

Not Putting Up With It

Something has shifted this past year. In the wake of Sarah Everard’s murder, women rallied together, organised marches and vigils, and refused to be silent. They refused to accept the safety advice and the narrative that women should change our behaviour to ‘keep ourselves safe’ while men are free to occupy public space.

On the anniversary of the murder of Bibaa Henry and Nicole Smallman, women once again gathered to together and held a vigil in the park where the sisters were killed, while others joined in virtually, lighting candles in their own homes.

Now, as another young woman was killed while walking through the streets we are told are safe, women are organising, with vigils planned in London and at the Labour Party Conference in Brighton, and women encouraged to join in virtually.

This matters. There is strength in coming together. There is sisterhood and solidarity in sharing grief and anger. There is a message being sent: we will not put up with this anymore.

But what the past six months – if not longer – has shown is that awareness-raising and conversations can only go so far. Women don’t need to have their awareness raised about male violence: we live with it. We see it, we experience it, we care for friends who are bruised and afraid, or friends care for us.

And, while a Government strategy on gender-based violence is welcome, it’s time for action and not just words. Not least when a decade of Conservative austerity has shredded the safety net for women experiencing male violence, from cuts to the police to refuge closures and a welfare system that empowers controlling abusers.

In the months between Sarah Everard’s murder and Sabina Ness’ death, at least 80 women have been killed where men are the principle suspect or have been convicted. Here are their names, recorded by the Counting Dead Women project coordinated by Karen Ingala-Smith: