The new Minister for Afghan Resettlement wrote to all MPs and peers this week, updating them on ‘Operation Pitting’ – the UK’s Afghanistan evacuation programme.

In the letter – which Byline Times has seen – Victoria Atkins said that the Government has pledged to “welcome our new Afghan friends warmly to our country, and to develop the Afghan Citizens Resettlement Scheme” and thanked those who helped evacuate the people most vulnerable to attack because they have “worked with the British Government”.

However, these warm words do nothing to comfort the many individuals left behind, as Atkins acknowledges. With no UK consular support in Afghanistan remaining, all that the Home Office is able to do now is to log the cases received. The stark reality for those who didn’t make it out, who were involved with international organisations and governments, is that all help has effectively ceased.

The chaos, confusion and desperation of the current situation was laid bare in the past few days when the Ministry of Defence apologised for a “data breach” that inadvertently exposed the details of more than 250 Afghan interpreters and others who worked with British forces, many of whom are currently in hiding in Afghanistan whilst their applications to come to the UK are being processed. The email revealed names and even pictures of some of the applicants.

But many others cannot even get to the application stage, despite arguing that they are eligible for support.

One of those is Alex (not their real name) who is currently in Kabul. They were a senior civil servant in Afghanistan and is married with young children. “For the first week, I did not go out but I had to get food for the family so I have gone out this week,” they told Byline Times. “I have been asked several times what was my previous job and I have had to lie. I did not mention that I worked with the Government. I have been called in by the Taliban for questioning twice.” 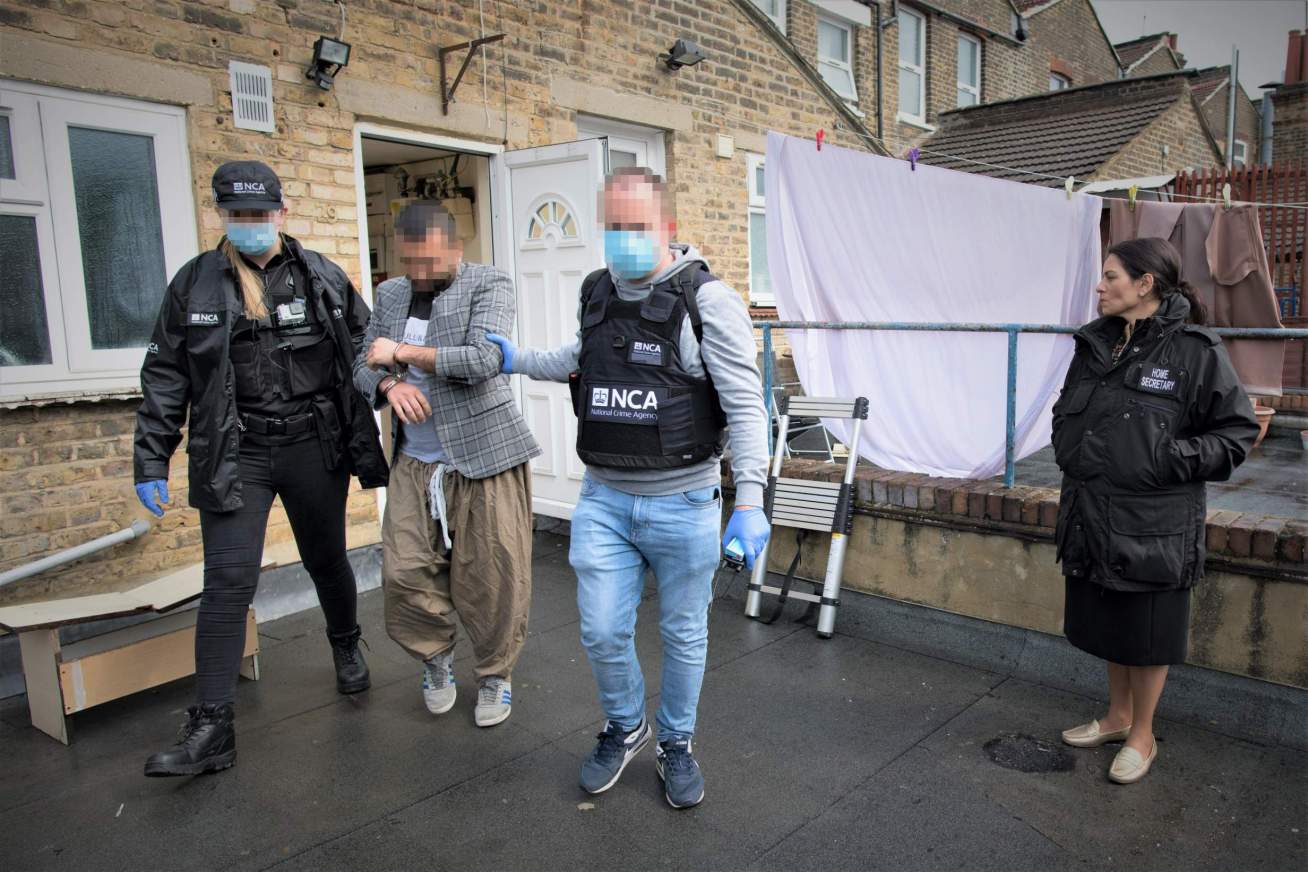 Alex’s situation is particularly perilous because of their Hazara ethnicity. “There are around 80 very visible Hazara people, including me, who had senior positions before the fall of Kabul,” they said. “For the moment, the Taliban strategy is not to touch us, but once the international community has recognised the Government, the Taliban will identify people like me and kill us, one by one.”

Their children, although young, are terrified whenever Alex goes out and their partner can hardly move for fear. “My spouse has no motivation any more, and my son says to me when I go out ‘the Taliban kills the fathers and Daesh kills the children’ and begs me not to go out,” they told Byline Times on a secure line.

The family hides all of their documents, particularly education certificates in case of house to house searches, moving them from place to place regularly. Alex, who has worked in the migration sector with several governments and many international agencies, says that they have sent “more than 100 emails to country directors, governments, organisations I have worked with but they say because I did not work with them directly as a driver or interpreter, because I was a Government employee, they cannot support me. They relied on people like me to do their work in Afghanistan. But now they have deserted me.”

Dr Liza Schuster, a sociologist at City University, London, has spent most of the past decade conducting fieldwork in Afghanistan. She has known Alex and their work for many years.

“They worked for the Afghan Government for 20 years, on a number of projects financed, designed and driven by foreign governments yet they have all washed their hands of responsibility for Alex,” she told Byline Times. “Pontius Pilate keeps popping up in my head. This was somebody who never took bribes, who tried to help their country and who believed in democracy.

“They were committed to the agenda set by the EU but the EU shrugs and says it is not a state and cannot help. Alex is not just at risk because they worked for the Government, but also because they are Hazara Shia and so incredibly vulnerable on many levels. Yet not a single European country is willing to take them on.”

Dr Schuster and a group of other academics with connections to the country have been working since mid-August with networks of academics and activists to get people out. All have been inundated with emails from individuals they know in Afghanistan, all of whom are in desperate straits. But Dr Schuster told Byline Times that they keep running into “intransigence of governments and their bureaucracies”.

“Every step I take will be blocked by European governments,” she said. “I’m so angry with the UK Government but also with the European Union, which should be loudly telling European countries, ‘we have a responsibility to the people who have worked with us’.”

The faint support from the international community is increasingly obvious. The European Commission President Ursula Von der Leyen recently reiterated that the EU supports Afghan citizens – yet an internal document from the European Commission leaked to Statewatch, which monitors civil liberties in Europe, suggests that the bloc is seeking to return rejected Afghans to other third countries outside of Europe.

Some countries seem particularly eager to do so. The Austrian interior minister, Karl Nehammer, has suggested that if it is not possible to deport Afghan migrants whose asylum request had been rejected, deportation centres should be set up in neighbouring countries. A Taliban spokesman countered this by saying that the new Government would accept deportees – adding chillingly that they would be taken to court when they arrived.

Governments and international organisations are partly able to swerve responsibility for admitting people like Alex because of what Dr Schuster calls the “neo-liberal structure” of development aid, whereby the EU and other international bodies employ private and not-for-profit organisations to implement policies designed by the EU and its member states. Both those organisations and governments can then say that they have only have responsibility for their direct employees, not the civil servants and others in Afghanistan who were tasked with implementing their work in the country.

The sub-contracting culture that funnelled aid to non-governmental organisations and to private companies in Afghanistan, partly because of state failure, has created a uniquely vulnerable cadre of Afghans like Alex, who worked with such organisations but not for them directly. They have no clear route out as a result.

The bitter legacy of foreign involvement in Afghanistan and the abandonment felt by those left behind is one thing. But there is also the grief and desperation felt by many who made it out but still have loved ones in the country. 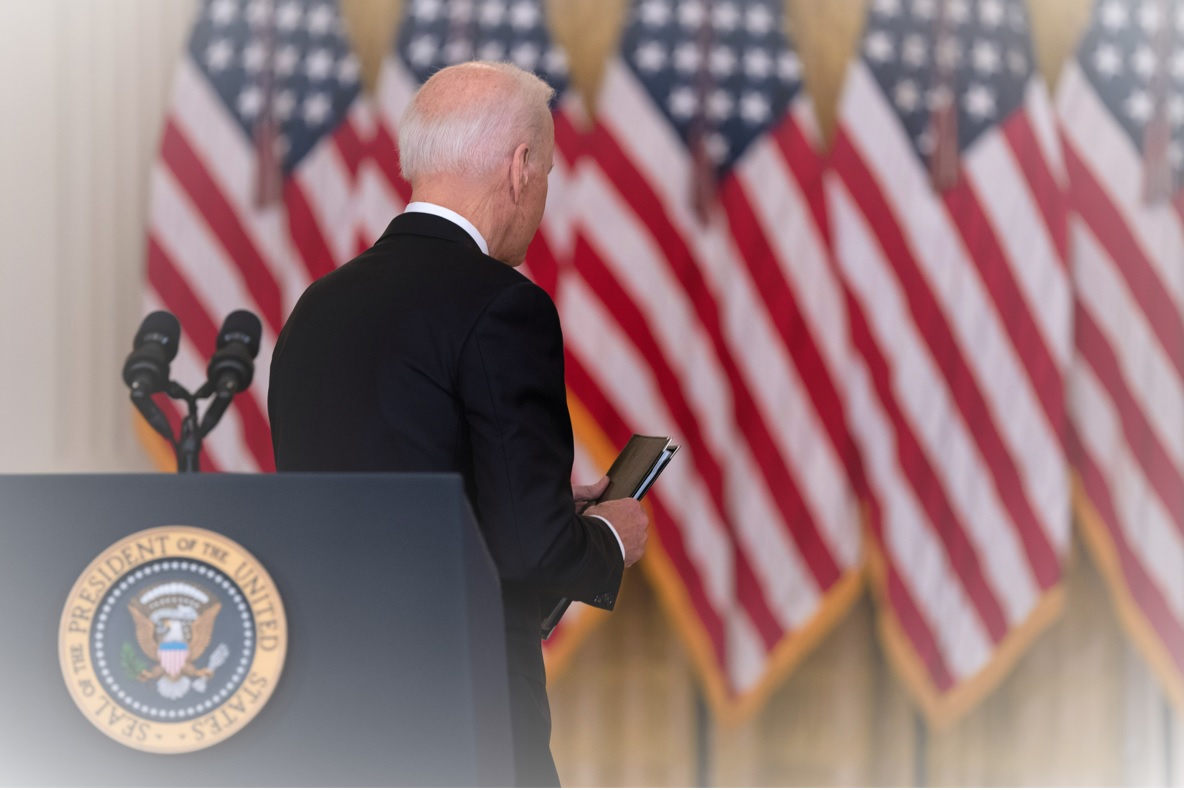 ‘In Five Years, They Won’t Exist’

The UK Government has made great play of its promise to bring Afghans to the country which it deems eligible for resettlement. But the continued emphasis on the need for biometric data for those seeking family reunification – despite the fact that there is no consular support in Afghanistan that would enable people to fulfil that requirement – has created a Kafkaesque situation.

Young Afghans supported by the charity, the Baobab Centre – which brings together clinicians, human rights workers and young asylum seekers – are fearful for their relatives and frustrated with the Government.

One young person, who has British citizenship, told Byline Times: “The Home Office says to me not to travel. My wife is out there, my wife and four kids… how can you leave behind your loved ones? If I had the opportunity I would go tomorrow. If I die, we should all die together.”

Another young person with refugee status has a vulnerable family in Afghanistan. They said: “They need help right now, not in five years time. In five years, they won’t exist.”

Consultant child and adolescent psychotherapist, Sheila Melzak – the Baobab Centre’s founder and clinical director – said that more than one-third of those the centre works with are from Afghanistan and still have family there. “These family members would like to come to the UK and at present there is no safe route that the international community have organised for vulnerable people at risk of persecution by the Taliban,” she told Byline Times.

This leaves young people feeling “shocked, angry, anxious and frightened” she said. “In many ways, they feel helpless to protect their families and guilty that they are living in relative stability in the UK while their family members are at risk of being killed.”

The Home Secretary has made her support for a crackdown on people smuggling clear, advocating life sentences for those convicted. But Afghans have few other options and various organisations have sprung up in response.

One US organisation, the Expedite Network, which bills itself as a voluntary group of former soldiers, was actively seeking information about people hoping to leave in August in Afghanistan. It used trusted third parties to send email information to vulnerable Afghans, seen by Byline Times, asking them for GPS coordinates and phone numbers.

Some of those third parties were so concerned at the sensitive information being sought – without any clear benefit – that they did not send it on to the Afghans they knew. It is not clear whether any Afghans were safely escorted out by Expedite. The group also offered what it called “virtual custodianship” to those “sheltering in place”.

Such initiatives show how few options are now available to those left in Afghanistan fearing that they are targets of the Taliban. Dr Liza Schuster said that the presence of such organisations and the lack of choices people have has led to contacts of hers receiving messages from scammers, claiming to be able to get them out.

“They are keeping us here to be killed,” Alex told Byline Times. “I am an infidel, because I worked with foreign governments and I shook hands with women. Yet, the governments and agencies I worked with have abandoned me and my family. The Taliban will not allow me to leave and they will not allow me to live. The people of the world, they need to know this.”