A history of tweets and re-tweets from the new Secretary of State for Digital, Culture, Media and Sports has prompted questions over how seriously the Conservative Party takes allegations of anti-Muslim discrimination

The anti-racism campaign group HOPE Not Hate has written to the Conservative Party expressing concern about the newly-appointed Secretary of State for Digital, Media, Culture and Sport Nadine Dorries’ history of Islamophobic statements.

The organisation questions what Dorries’ appointment says about the commitment of the Conservative Party to meet the “zero tolerance” of Islamophobia recommendation in the Singh Report.

The report was commissioned to look at alleged discrimination within Conservative Party ranks against people with “cited protected characteristics”. It was established after high-profile allegations of discrimination, “including what is sometimes referred to as Islamophobia”. It found that two-thirds of the 1,418 complaints made between 2015-20 related to allegations of anti-Muslim discrimination, including complaints about Prime Minister Boris Johnson.

The Conservative Party accepted all the report’s findings.

However, HOPE Not Hate have “grave concerns” that Dorries’ appointment contradicts the “zero-tolerance” commitment. Its letter also argues that Dorries’ statements about Islam, as well as incidents where she has shared far-right content, “brings into question her ability to perform her role as Culture Secretary in a way that is non-discriminatory.”

Nadine Dorries has repeatedly taken to Twitter to make statements that some consider to be Islamophobic.

Examples include responding to a promise from London Mayor Sadiq Khan to “tackle hate speech” by writing “how about ‘it’s time to act on sex abusing gangs’ instead? #TelfordGrooming #Rotherham.”

Her decision to ask a Muslim Mayor to act on crimes committed by Muslim men outside of his constituency reflects a trend of asking “Muslims to answer for things that have nothing to do with them,” HOPE Not Hate tweeted.

She described the hijab, niqab and burqa as forms of “medieval costume” and stated, “no progressive society should tolerate it.”

In a Twitter exchange with British Muslim journalist Yasmin Alibhai-Brown, Dorries asked the writer to “appreciate just a little the country and people you have chosen to live, work and benefit from all your life.”

Dorries also has a history of voting against progressive LGBTIQ legislation such as equal marriage, saying “if gay marriage bill takes sex out of marriage could a sister marry a sister to avoid inheritance tax?” She did later state that voting against equal marriage rights for same-sex couples was her “biggest regret” as an MP.

Despite her own past opposition, Dorries has accused Muslims of being intolerant of homosexuality and therefore Islam is incompatible with modern British life. 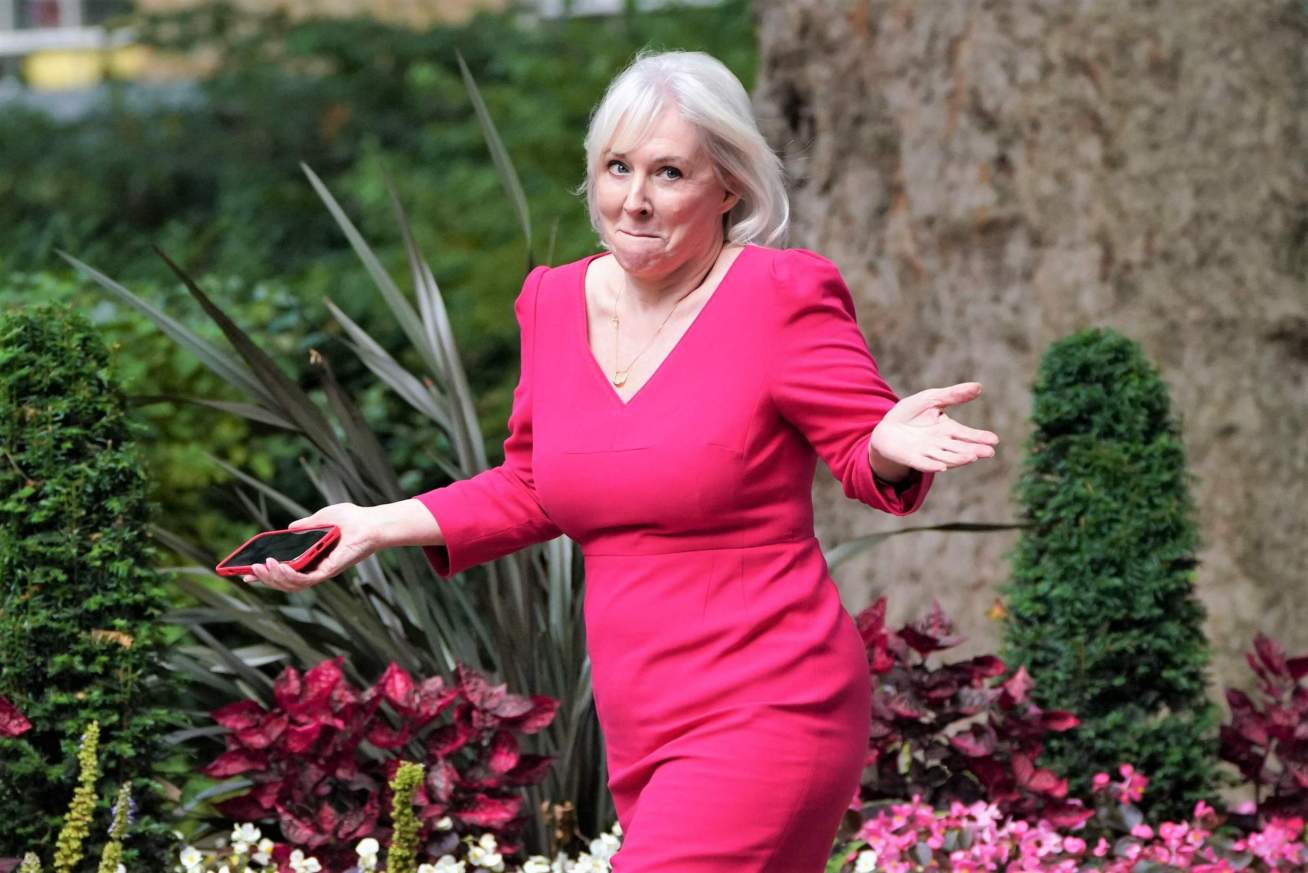 As well as her statements on Islamic beliefs and dress, Dorries has used Twitter to amplify far-right content.

This includes quote-tweeting the far-right activist and convicted criminal Stephen Yaxley-Lennon, otherwise known as “Tommy Robinson”. As HOPE Not Hate writes in its letter, this either “shows a sympathy for Lennon and his views or a significant lack of awareness”.

Dorries similarly quote-tweeted misinformation shared by the anti-Islam Britain First political party. The party attempted to stand a member of the banned extremist group National Action as an electoral candidate.

HOPE Not Hate stated that in failing to investigate its origins before sharing the video, Dorries showed “a significant lack of judgement and shockingly low awareness of how the far-right operates online.”

The Department for Digital, Media, Culture and Sport did not respond to Byline Times’ request for comment.